These Are Not Gentle People: An exploration of South Africa’s ‘truth’ 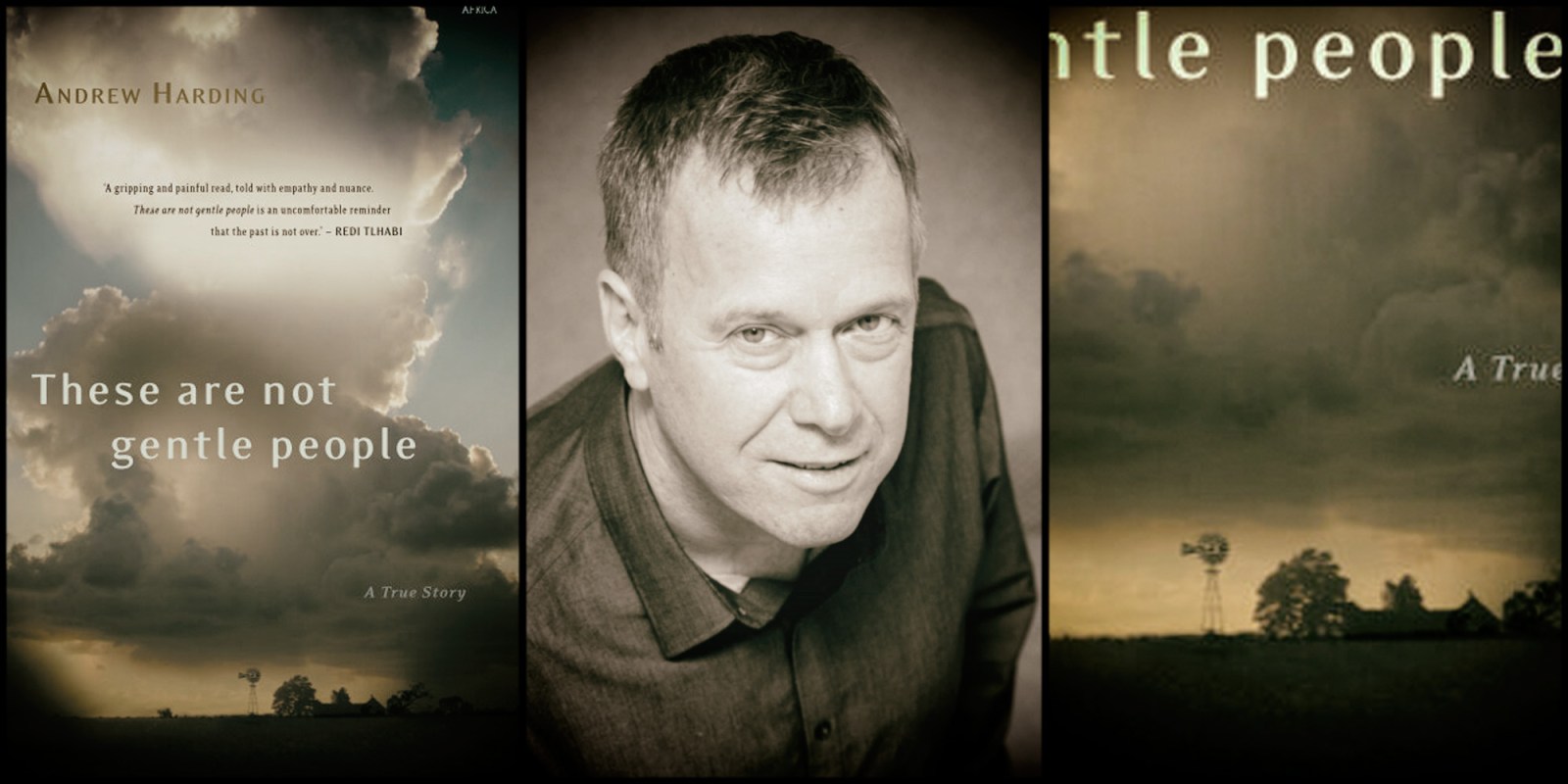 Author of ‘These are not gentle people’, Andrew Harding. (Photo supplied)

Readers can relate to at least one character, if not all, in journalist Andrew Harding’s new book ‘These Are Not Gentle People’. It’s a non-fiction crime drama that intimately explores South Africa’s divisions and questions the idea of truth in an unequal society.

BBC correspondent Andrew Harding begins his new book These Are Not Gentle People with a cast of characters, including those on the farms, in the township, in court and in town.

It’s an apt introduction to a book that traverses the different sides of a brutal and complicated story of how two black men died after white farmers in Parys attacked them following reports of an attempted robbery.

Harding is a fan of non-fiction narrative and particularly the tension that comes with courtroom dramas. He covered the Oscar Pistorius trial but didn’t see a book in it; it wasn’t a particularly South African story and, well, it was draining.

These Are Not Gentle People began in 2016 when Harding went to court in Parys, Free State, after a group of white farmers were charged after they caught and brutally assaulted Samuel Tjixa and Simon Jubeba, who were accused of attempting to rob an elderly white farmer in the area. Both men died.

Harding was immediately struck by the different versions of the story. Two black men had been accused of trying to rob a white farmer and other white farmers, who live in fear of violence, caught them and meted out punishment.

Those same two black men went to ask for outstanding wages and were brutalised by a powerful and dominant group who killed them and banded together to cover up the crime.

“I felt this real sense that I needed to show that the same event could look so different, as it so often does in South Africa, depending on where you stand,” Harding said in a Daily Maverick webinar with Marianne Thamm on Thursday.

Harding spent four-and-a-half years on the story and transcribed more than one million words of interviews and court transcripts. That commitment shows in his book.

He offers detailed descriptions of what happened during the incident, purposefully removing his own role in the story to portray a fly-on-the-wall narrative of every vantage point possible.

“The whole point of writing this book in the way I did was actually to try and acknowledge that these different truths or these different versions of the truth exist and that I’m not really in a position as an outsider to try and navigate them as well as I am just to display them,” said Harding.

The book reads like a microcosm of South African issues (Harding emphasised that it’s just one of many South African stories). Topics of race, land, inequality and justice are at the forefront. Those extremes of local discourse were there when Harding first went to court, but the story became a book once Harding delved deeper.

Harding said he aimed to approach the scene of the crime from as many different angles as possible and build characters and maintain suspense during the gaps in the courtroom drama. Those gaps and characters are what makes These Are Not Gentle People worth reading.

The title of his book comes from a comment one of the characters made. Harding said, “It gets in a way to the heart of what the story is here, which is about male violence and then the women who not only tolerate or endure or clean up after that violence, but who then tell the stories of that violence.”

These Are Not Gentle People acknowledges South Africa’s extreme racial and gender inequalities and how they manifest not only between different communities but within families and how the justice system struggles with these challenges in the midst of the country’s divisions and power dynamics.

“That’s not to say there aren’t clear cut outrages and truths in this book, but there are so many perspectives and that’s what I tried to achieve, just to put them out there on the page,” said Harding. DM