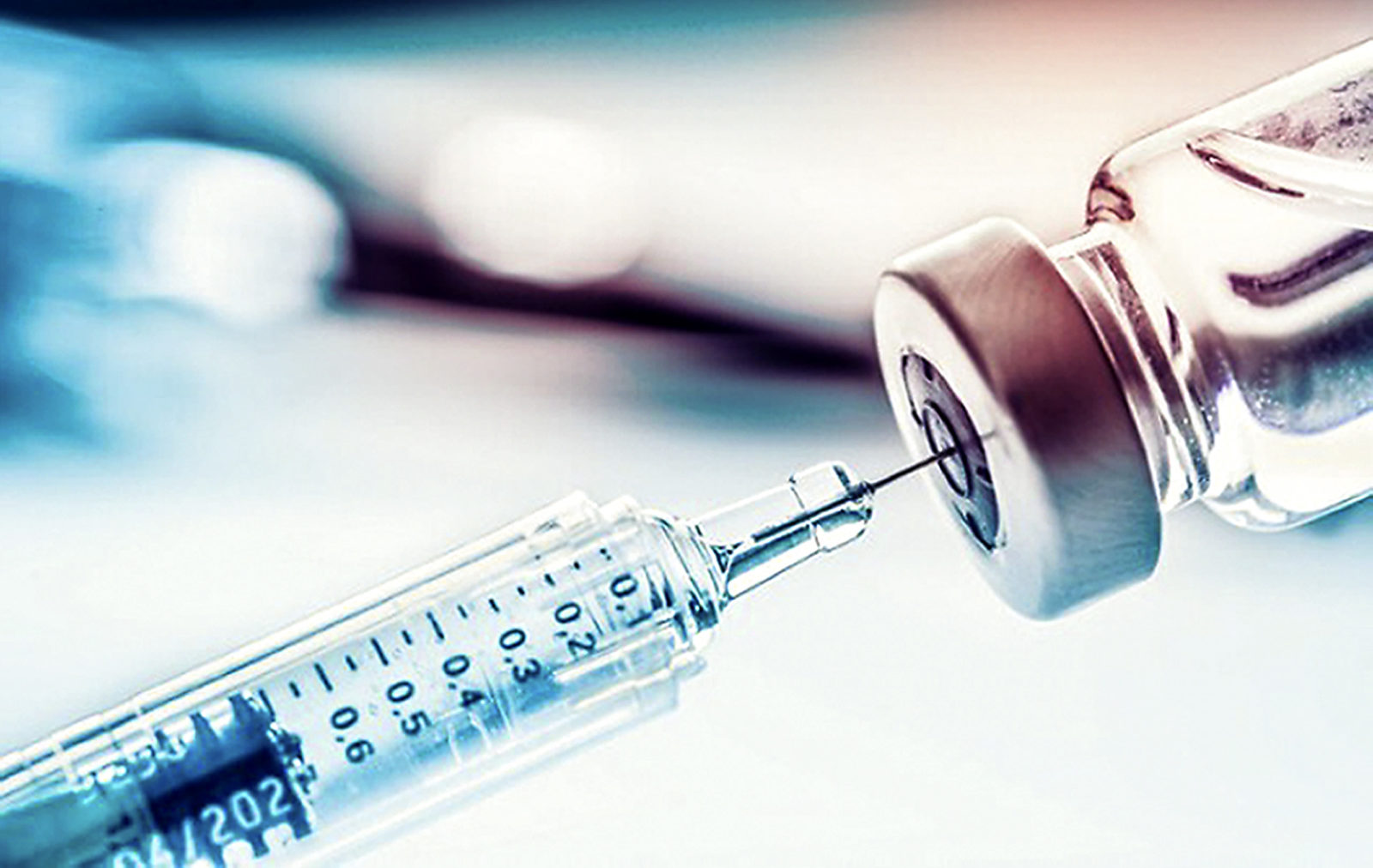 South Africa’s collaboration in clinical trials is not so much about national pride, but rather a ‘national imperative’, says president and CEO of the South African Medical Research Council Dr Glenda Gray.(Photo: trialsitnews.com / Wikipedia)

South Africa is consolidating its place in the race for a Covid-19 vaccine with its participation in two new international trials of vaccine candidates.

Dr Glenda Gray, president and CEO of the South African Medical Research Council (MRC), has confirmed to Spotlight that a Johnson & Johnson product called Ad26.COV2-S and a Novavax product called NVX-CoV2373 will be trialled in the country starting next month.

This development follows the June launch in South Africa of the first Covid-19 vaccine candidate to be tested in Africa. Led by Professor in Vaccinology at Wits University, Shabir Madhi, the Ox1Cov-19 Vaccine VIDA trial is a collaboration with Oxford University. A total of 2,000 volunteers in South Africa are being screened and given the vaccine or a placebo in this trial.

Among them is Gray, who was injected on Tuesday 11 August, with either a placebo or the potential vaccine against the SARS-CoV-2 virus at a trial site at the Cape Town Lung Institute. She saw many people from all walks of life signing up when she was screened on Friday.

Gray’s mission and those of the many other doctors and nurses who are volunteering for the Covid-19 Oxford trial is to restore confidence in vaccines and is a way of tackling increasing vaccine hesitancy, anti-vaccine sentiment and disinformation about Africans supposedly being targeted and used for “human experimentation”.

The three vaccines being evaluated in South Africa are included in the World Health Organisation (WHO) list of the 26 most viable candidate vaccines to go into human clinical trials. There are 139 in preclinical evaluation, meaning they are being tested in the lab or in animal models and have not yet progressed to Phase I safety human trials.

The Johnson & Johnson trial will be the first Phase III Covid-19 vaccine trial to be conducted in South Africa starting in September. As with the Oxford trial, the Novavax trial is a Phase IIb trial. In this phase, the efficacy of the vaccine will be tested but is not as powered as a Phase III randomised, double-blind control trial. If successful, the Novavax and Oxford trials will need to move on to larger Phase III trials.

South Africa’s collaboration in clinical trials is not so much about national pride, but rather a “national imperative”, says Gray. It’s about “being part of the global endeavour”, she says, to fast-track candidates along the vaccine pipeline to achieve a safe and effective vaccine that can help stem the tide of the disease and deaths that are expected to reach the 750,000 mark by the end of the week.

Gray says a positive spin-off of participating in trials in South Africa is that it will be easier to negotiate for access to a successful Covid-19 vaccine for citizens once it is registered through the manufacturing companies or financing schemes at a global level. It is also important to see how South Africans respond to the vaccine, she says.

The 20-million mark for the global number of SARS-CoV-2 infection cases has been reached this week. More than a million people across Africa have now been confirmed to have been infected, with health experts warning that the peak of the pandemic has yet to hit the continent. As of 11 August, the South African Health Department said there were 560,000 confirmed Covid-19 cases in the country.

Gray is the global co-chair of the Johnson & Johnson Ad26.COV2-S trial and is the national principal investigator together with Professor Linda-Gail Bekker, the COO of the Desmond Tutu Health Foundation (formerly the Desmond Tutu HIV Foundation). Gray says approval from the South African Health Products Regulatory Authority (SAHPRA) and ethics committee approval is in progress. Professor Madhi is the lead investigator for the Novavax trial, which is being funded by the Bill and Melinda Gates Foundation.

Johnson and Johnson is part of Operation Warp Speed, a United States public private partnership, which aims to deliver 300 million doses of a safe, effective vaccine for COVID-19 by January 2021. Gray says the South African Department of Science and Innovation is co-funding all COVID-19  research in the country and together with the SAMRC  the department  will also provide funds for the Ad26.COV2.S trial.

Gray says 60,000 people worldwide are expected to be enrolled in the Ad26.COV2-S trial. Other countries involved are the US, Mexico, Brazil, Argentina and Peru.

The Johnson & Johnson vaccine candidate, made from the Adenovirus which causes the common cold, is well known and understood.

“We know a lot about this pathogen already and its use in making vaccines,” says Gray. “The Ad26 backbone has been used for Ebola, Zika and HIV. So tens of thousands of people have had this platform before. So we know what it looks like.”

The vaccine uses the common cold virus, called adenovirus serotype 26 (Ad26), to deliver the SARS-CoV-2 spike protein into host cells, where it stimulates the body to raise immune responses against the coronavirus.

“Researchers know how the Adenovirus works with Ebola, Zika and HIV and now they know how it works with the coronavirus,” says Gray.

The results of pre-clinical studies announced in the journal Nature showed that a single dose of the Ad26.COV2-S vaccine protected non-human primates against the Covid-19 virus.

Encouraged by the results, Johnson & Johnson has moved the vaccine candidate into the next stage of the pipeline, entering it into Phase I/II human studies in the US and Belgium. These studies will assess the safety, reactogenicity (response to vaccination), and immunogenicity (immune response) of Ad26.COV2.S in 1,000 healthy volunteers aged 18 to 55 years, and those aged 65 years and above.

“If the immune response correlates to what researchers saw with the non-human primates, then it will trigger the signal to begin large-scale Phase III efficacy trials,” says Gray.

“These PhaseI/II trials are already three weeks into enrolling. These trials are being accelerated. We are not going to do it in 10 years, we are going to do it in 10 months. The pharmaceutical companies work with regulatory authorities in countries including SAHPRA, the South African regulator. So, by the time we start large Phase III, we will have the data from the smaller Phase I/II trials.”

In South Africa, the efficacy and safety of the candidate vaccine will be tested in healthy adults aged 18 and older, and they will receive a single vaccine.

Gray says a stepwise approach will be used.

“We will include HIV-infected people but not pregnant women. Initially, we won’t include people with comorbidities (such as diabetes), but as we get more data, they will be included.

As with gold-standard Phase III trials, participants will be randomly selected for either the vaccine or a placebo. The trial is double-blinded, meaning neither the participants nor the researchers will know who got the actual vaccine.

“We are hoping for an efficacy rate of above 50%. That would be good and above 75% would be great.” Gray predicts that it will take at least a year to get answers very fast, given that most research on vaccines takes at least four years before you get a result.

Up to 12,000 volunteers will be vaccinated at 30 potential sites.

The sites which are up and ready have been used over the years for HIV vaccine research and are now being repurposed for the Covid-19 vaccine trials.

“We have good infrastructure, pharmacies, back-up generators, good labs, doctors and nurses who know what they are doing and community advisory boards,” says Gray.

The ChAdOx1 virus also uses a weakened and non-replicating version of the adenovirus. Created at the Oxford University’s Oxford Jenner Institute, the vaccine has been engineered to express the SARS-CoV-2 spike protein.

When approached for comment, Madhi said an announcement of the Novavax trial is expected this week.

A week ago, the Maryland-based company in the US reported that its candidate vaccine NVX-CoV2373 produced high levels of antibodies against the novel coronavirus in an early-stage clinical trial, and that it would start large Phase III trials as soon as late September. The small Phase I study, which started in late May, tested the vaccine in 106 subjects aged 18 to 59 versus a placebo. It looked at the vaccine’s safety and ability to induce an immune response.

Madhi confirmed that the trial to be conducted in South Africa will be a Phase IIb trial – which will be powered to measure efficacy, but not to the extent required for registration (for which a Phase III trial is typically needed).

According to Reuters, the US government agreed in July to pay Novavax $1.6-billion to help cover costs related to testing and manufacturing the vaccine, with the aim of procuring 100 million doses by January 2021. At this stage, it is not known what access people in South Africa will have to this vaccine should it prove to be effective. DM/MC