EU to discuss sanctions against Belarus after disputed... 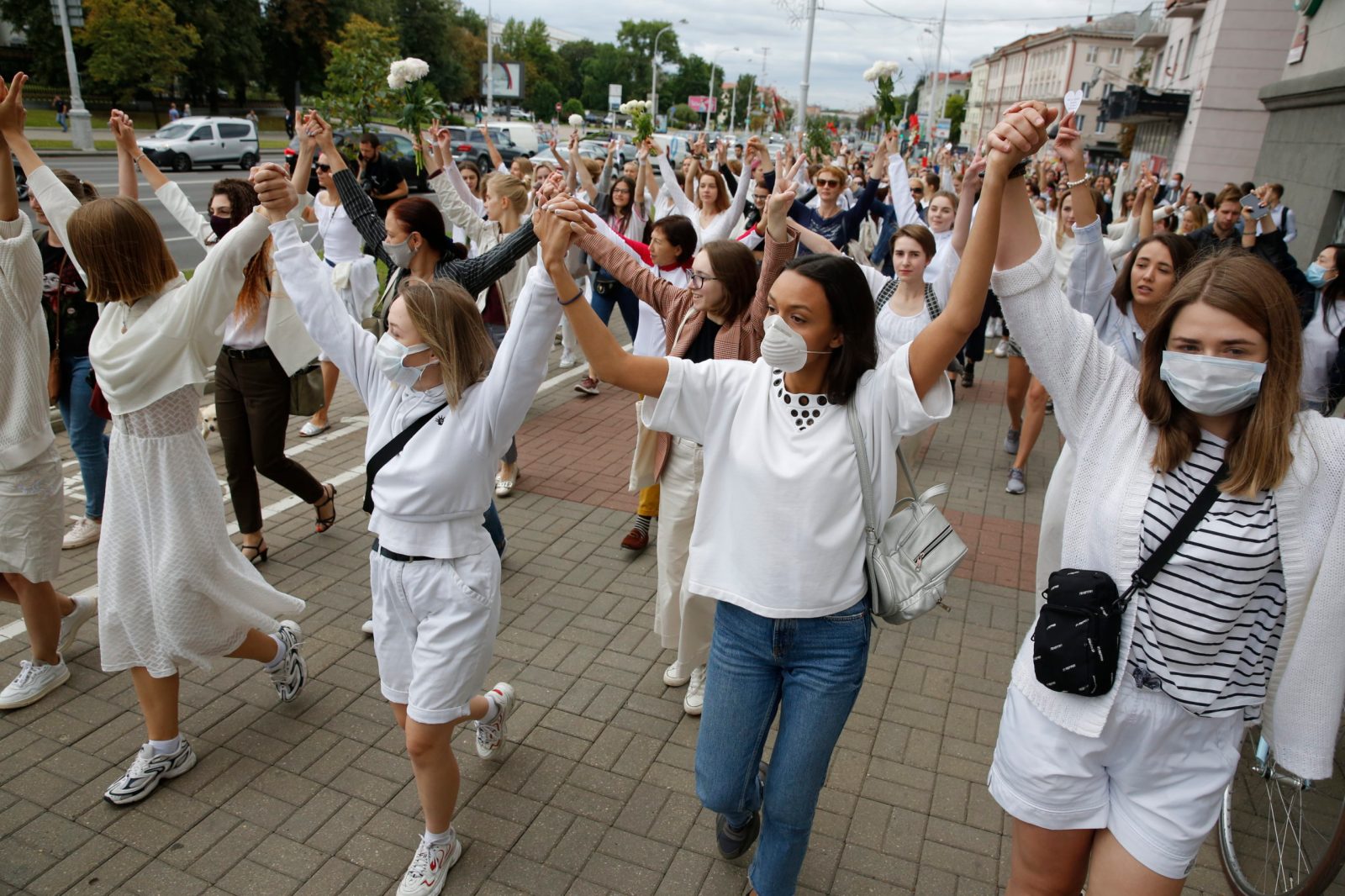 epa08598760 Women rally in support of detained and injured participants of the protests that erupted in the aftermath of the presidential election, in Minsk, Belarus, 12 August 2020. Long-time President of Belarus Alexander Lukashenko won the elections by a landslide with 80 percent of the votes. The opposition does not recognise the results and has questioned the transparency of the counting process. EPA-EFE/TATIANA ZENKOVICH

Alexander Lukashenko, in power since 1994, claimed victory with around 80% of the vote, triggering three nights of violent clashes between security forces and opposition supporters in which one protester was killed.

“I absolutely think we need to consider broadening targeted sanctions against those responsible for the violence against the protesters (and) for the election fraud – those involved in the electoral process not having turned out free and fair,” Linde told Swedish radio on Wednesday.

“This morning there has been a summons to an extraordinary EU foreign ministers’ meeting on Friday where we will discuss precisely this (sanctions),” she told the public broadcaster.

Lithuania had also said it would consider such steps.

Any decision on sanctions requires agreement by all 27 EU member states, meaning no imminent move is expected.

As seen in the cases of Russia or Ukraine, such decisions can take weeks or months. Foreign ministers are due to next meet at the end of August in Berlin.

The EU’s top diplomat, Josep Borrell, on Tuesday condemned what he called “disproportionate” violence by Belarus authorities against protesters and said the EU could take unspecified measures.

On Tuesday, Belarusian opposition leader Sviatlana Tsikhanouskaya said she had fled abroad for the sake of her children.

Her election rallies drew some of the biggest crowds since the fall of the Soviet Union in a country where foreign observers have not judged a single election to be free and fair since 1995.

Polish Foreign Minister Jacek Czaputowicz said in a letter to Borrell, which was seen by Reuters, that the Friday meeting should “show support for the peaceful protesters and exchange ideas on how the EU could help them”.

Polish Prime Minister Mateusz Morawiecki has also called for a special summit of EU leaders to come up with a new package for Belarus that would address the protesters’ demands on fighting corruption and respecting freedom of speech and the rule of law.

In a letter to top EU officials, which was also seen by Reuters, Morawiecki said the protests in Minsk were “clear proof that many Belarusians want change… and that they want the European Union to be present in their lives. It is our duty to answer that call”. (Reporting by Anna Ringstrom in Stockholm and Gabriela Baczynska in Brussels; Editing by Catherine Evans and Nick Macfie)