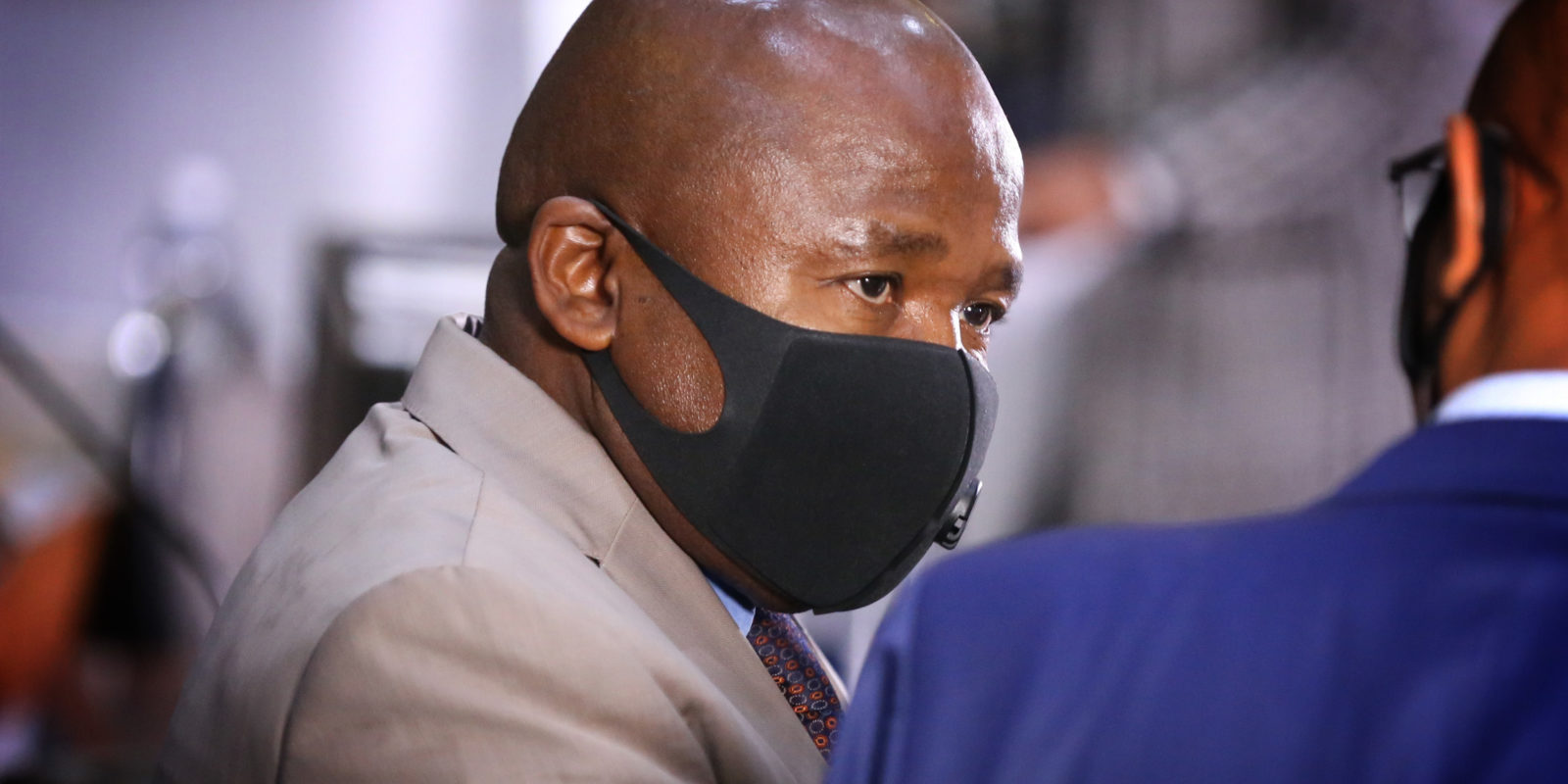 Van Rooyen told the commission that ‘white capital’ had, after dumping the apartheid government it had propped up, formed a new ‘evil alliance’ with the ANC (the party he represented in Parliament) which had then abandoned the RDP for the neo-liberal Gear.

He blamed “white capital” and “the white-owned media” for South Africa’s gross inequalities and economic woes as well as his wrecked reputation.

“Let South Africans not be fooled. The socio-economic interest of white capital is not to boldly address inequalities, as they continuously claim. Their interests remain and will continue to be the accumulation of unjustified profits through exploitation,” Van Rooyen told the commission.

Van Rooyen spoke with such intensity it was as if the four-day finance minister, who was the Guptas’ second choice after Mcebisi Jonas, had emerged from an era of silent movies to full sound as he seized the public platform the Zondo Commission offered.

Until he was catapulted into the spotlight for that glorious weekend by Jacob Zuma in December 2015, few ordinary South Africans knew of Van Rooyen or had ever heard him speak.

On Tuesday Van Rooyen told the country that “white capital” had, after dumping the apartheid government it had propped up and supported, formed a new “evil alliance” with the ANC (the party he represented in Parliament) which had then abandoned the RDP for the neoliberal Gear.

“It is entangled with the current system to continue with their exploitative wealth accumulation programme at the expense of the National Development Plan,” Van Rooyen set out.

Not a word about the R1.5-trillion lost to the country in stolen state funds during Zuma’s four-year second term as president, so much of which has been exposed at the Zondo Commission.

Van Rooyen boldly called on Zondo to extend the terms of reference beyond those in the Thuli Madonsela report which had led to the establishment of the commission, to include apartheid-era State Capture.

That he brought to a key portfolio, the Ministry of Finance, two complete strangers, one whom he had met fleetingly in a restaurant in 2009 and the other at the business premises of Bashir Saleh, the fugitive right-hand man of former Libyan leader Muammar Gaddafi, was nothing to write home about, he assured Zondo and fellow South Africans.

These two individuals, Mohamed Bobat and Ian Whitley, had been hired on “merit” as chief of staff and adviser, Van Rooyen insisted, while acknowledging to Deputy Chief Justice Zondo that he had not even had sight of Bobat’s CV.

He had met Bobat, a former employee of Gupta-linked Regiments Capital and also linked to the controversial Trillian Capital Partners, once in a restaurant in 2009 when Bobat had handed him his business card.

At the time, Van Rooyen had been the executive mayor of the Merafong Local Municipality in West Gauteng and had kept the stranger’s card. Later, he said, he had phoned Bobat occasionally for advice about his studies.

When his calling to “higher office” finally came in 2015, Van Rooyen said he had immediately thought of Bobat.

“I was obsessed with perfecting my new assignment [as finance minister] and I thought, ‘who can I bring to support me immediately?’ and so I thought, ‘I will try and trace this man. I need him to come and join me’.”

Forget the tons of highly qualified people already at the Treasury.

Van Rooyen met Whitley – who happens to be ANC Deputy Secretary-General Jessie Duarte’s son-in-law – for the first time when he’d arrived with Mosebenzi Zwane’s adviser, Malcolm Mabaso, at a meeting in Saleh’s office in Melrose Arch.

Saleh was the former head of Gaddafi’s Libyan African Portfolio investment fund, who fled to France after the Libyan leader’s death and found a safe haven [of course] in South Africa as Interpol issued a global “wanted” alert for him on charges of fraud.

Saleh had, said Van Rooyen, often helped out MKVA with funds or sponsorships and it was also in this regard that he had had dealings with the Gupta family, a family which loves helping a political leader in need.

In October 2015, two months before Zuma had alerted Van Rooyen that he would be appointed as minister of finance, Rajesh ‘Tony’ Gupta just happened to be doing the rounds at the ANC headquarters, Luthuli House.

Van Rooyen had been in his office that day attending to MKVA matters when Tony Gupta popped his familiar head around the door, he said. The family seldom announced their visits to the ANC’s nerve centre, Van Rooyen added.

“I am not sure if he knew we were in our office,” said Van Rooyen, using the majestic plural.

MKVA always needed money and help, as Niehaus has repeatedly demonstrated, and the Guptas had always obliged, said Van Rooyen.

Tony Gupta had that day in October undertaken to “work with our association” and had left with the words, “don’t hesitate to engage us”.

The Gupta family had forked out around R1.2-million in sponsorships for two golfing fundraisers organised by the MKVA in 2016 and 2017, said Van Rooyen.

On 8 December 2015 after he had been told by Zuma that Nhlanhla Nene was about to be axed as minister of finance, Van Rooyen said he had called the Gupta residence from the offices of MKVA to arrange a meeting.

Van Rooyen did not elaborate as to why he would want to meet with Tony Gupta at that specific moment and evidence leader Grant Hulley did not press him on this.

“So I went there to try my luck. Unfortunately, that meeting did not materialise because he was busy with another meeting,” said Van Rooyen.

Van Rooyen was sworn in as the minister of finance on 10 December and had specifically asked the Presidency to invite Bobat to the ceremony.

“I struggled to get hold of him. I asked the president’s office to invite him.”

Within 24 hours of puckering the hot seat, either Bobat or Whitley had distributed a confidential Treasury document prepared for Cabinet to Bobat’s former boss, Trillian CEO Eric Wood.

Whitley also forwarded the document to a generic email address, [email protected], believed to belong to either Gupta kingpin Salim Essa or former Public Enterprises DG Richard Seleke and which functioned as a conduit to the Guptas’ network.

Van Rooyen was removed from office on 14 December after an extreme market reaction to his appointment. And it was at that moment that the gap for the State Capture project began to close as Pravin Gordhan was parachuted back into the position.

On Tuesday, Van Rooyen accused Gordhan of “overlooking” black professionals to replace them with less qualified people without a hint of self-reflection or acknowledgment that it was he, Van Rooyen, who had parachuted Bobat and Whitley into key positions.

But it is, after all, a parallel RET universe. DM