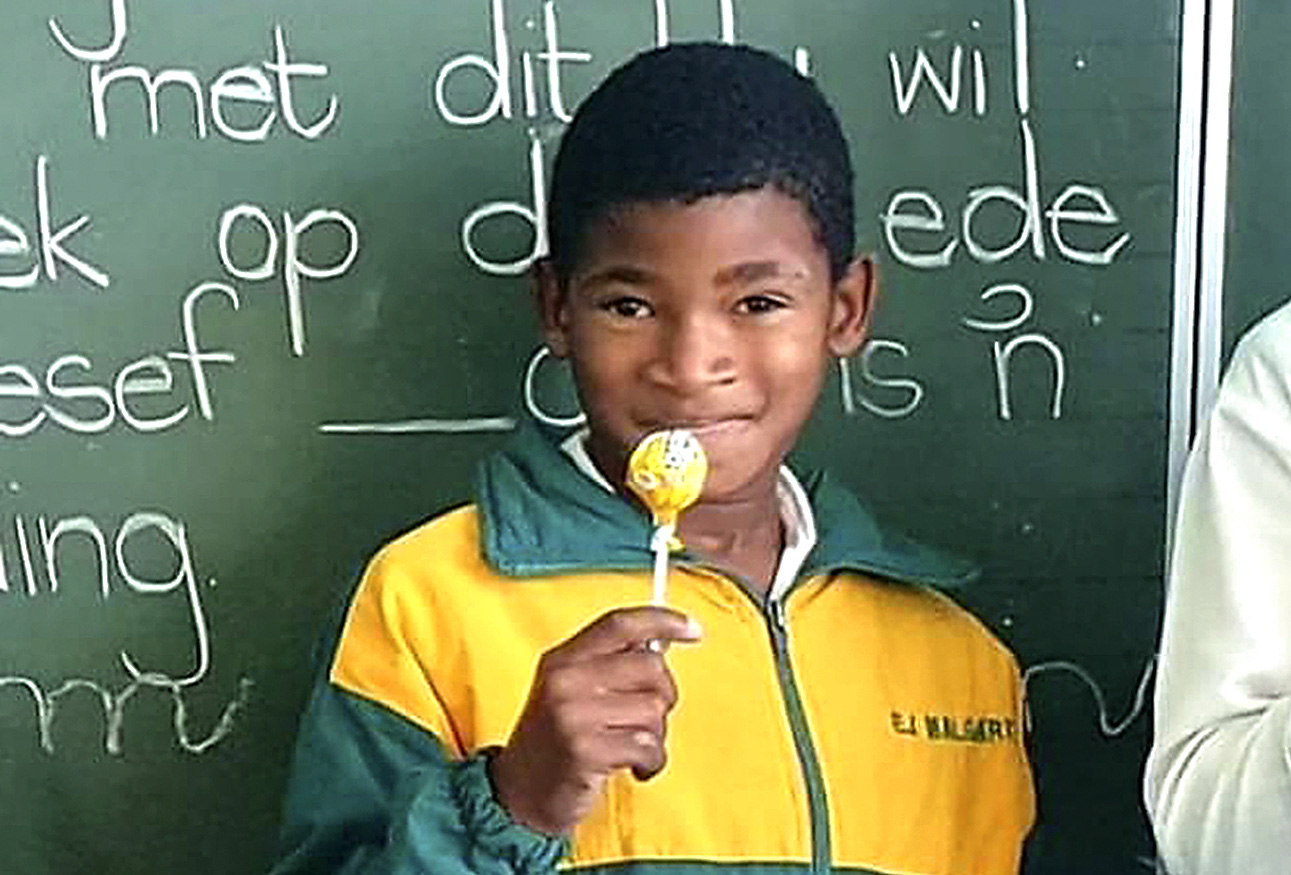 The legal guardian and biological mother of nine-year-old Leo Williams, who was shot in the head during protests in Laingville, St Helena Bay, have given doctors at the Red Cross Children’s Hospital permission to switch off the life support system that is keeping him alive.

Aunty Cathy Thomas, the legal guardian, and Lucille Williams, the biological mother, took the heart-wrenching decision on Monday, 10 August, after they were informed by doctors that there is nothing more they can do for the boy. Thomas and Williams also asked doctors to remove the bullet lodged in his brain and to send it for ballistic testing to determine who fired the shot.

Leo was playing with his friends in the room of a corrugated structure on 31 July 2020 when police reportedly fired several rubber bullets into the structure.

Within seconds, after at least eight shots were fired into the structure, a lifeless Leo was seen lying on the floor with blood pouring out of a gaping wound in the front of his head. Residents claimed that police fired the bullet that is lodged in Leo’s brain, but police say their members had already withdrawn from the area when Leo was wounded.

An investigation by the Independent Police Investigative Directorate (IPID) is expected to confirm who fired the shot. IPID spokesperson Ndileka Coloa said on Monday, 10 August 2020 that the investigation is still ongoing.

Shortly after the incident, forensic specialists were handed spent cartridges of rubber bullets and live ammunition that was allegedly fired during violent protest clashes on 31 July 2020.

Thomas has been at Leo’s bedside since the incident and Williams visited him on 2 August 2020. But on the night of Sunday, 9 August, Williams received a frantic call from Thomas to come to the hospital immediately. Community leader Thyrone Williams and Thomas’s son, Allister rushed her to the hospital.

Thyrone said: “On Monday morning, both mothers were called in by doctors and told there is nothing more that they can do for Leo. The mothers agreed that the machines be systematically removed. At this moment, it is a matter of time when Leo passes on. We are just waiting on a call from Aunty Cathy to give us the news.”

At present, an attempted murder case has been opened, but the charge will be changed to that of murder after the life support system has been switched off, Thyrone added. He is of the view that the violent protests and the shooting of Leo could have been prevented if the Saldanha Bay Mayor Marius Koen had accepted the memorandum of the residents and listened to them on 31 July 2020.

Later, outside Red Cross Children’s Hospital, both Thyrone and Allister were interviewed by IPID members. Thyrone gave an overview of the events that led to the protest and the violent clashes with police while Allister explained what happened at the corrugated structure riddled with eight bullet holes, wherein Leo was wounded.

“IPID will on Tuesday, 11 August, visit the structure where the incident happened and get statements from the individuals who were inside when police fired rubber bullets into the structure. IPID also asked me not to send them a video clip showing four police members firing shots towards the structure at the time when Leo was shot. They will send an expert who will download the video,” he said.

South African Human Rights Commissioner Chris Nissen, after talking to doctors at the hospital, echoed what the two mothers said, that there is nothing that the doctors can do.

“Let us wait for the final moment. I appeal to everyone to wait until Leo passes on and to respect this process. Let’s take it step by step. An autopsy will be carried out and the bullet will be removed to determine its originality or ownership. These doctors will be called to give evidence at the hearing.

“At this moment of time and dealing with this sensitive matter, it is vital that Laingville remain calm and peaceful. We understand that live ammunition was fired during the protest and we need to determine who gave that order. There must be no cover up in this investigation. They must establish who fired the shot,” Nissen said.

He underlined that Leo has become a victim of a protest for housing and has called on everyone to assist the family in distress. Lawyers are ready to take on the criminal matter and there is also a civil claim that needs to be dealt with, he added.

Earlier, the Legal Resource Centre indicated they had not been approached by the legal guardian of the child in terms of representation, but expressed their willingness to do so once approached. The centre will certainly take instructions and determine the best course of action, Sherylle Das, regional director of the centre said. DM/MC