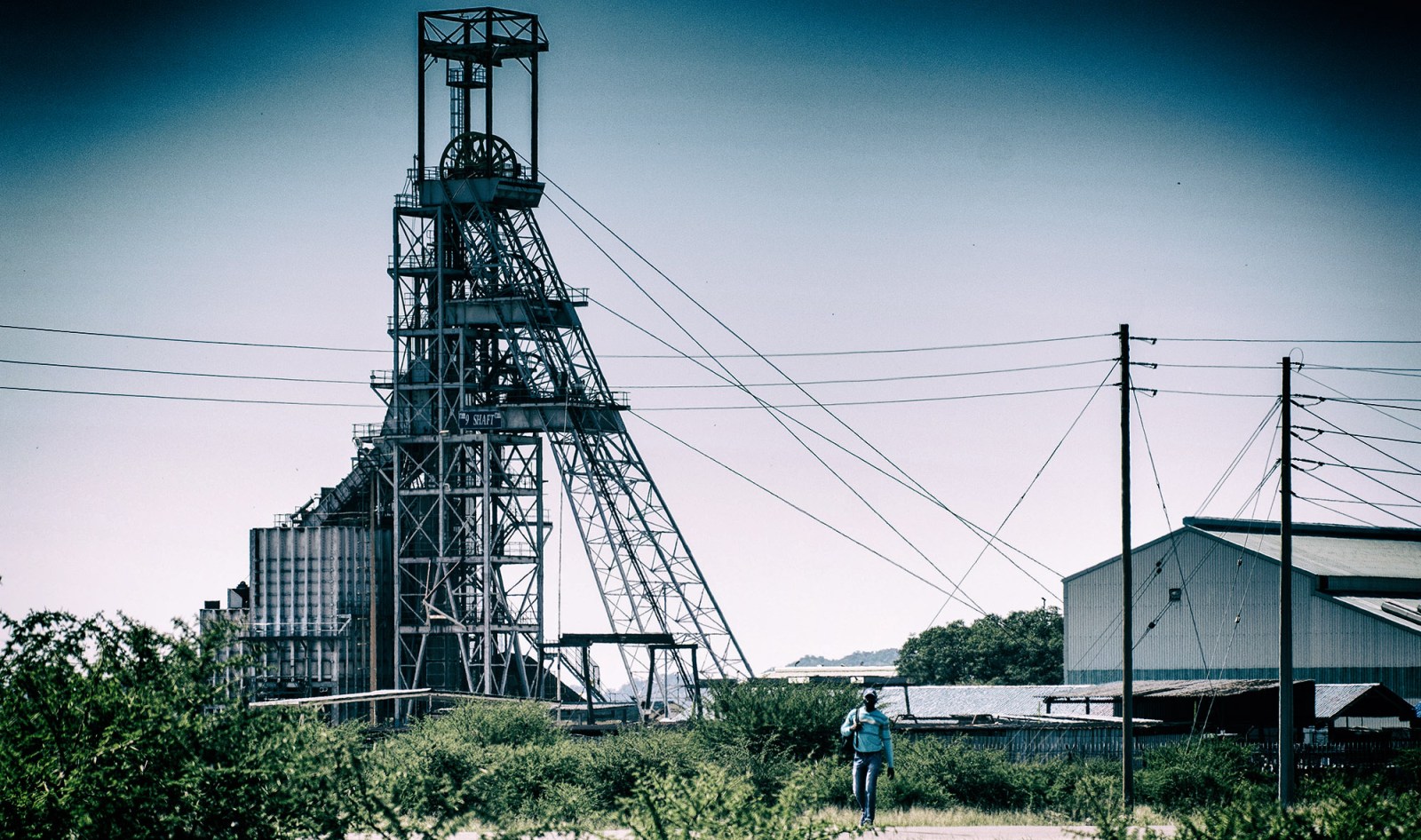 A pedestrian walks along a street as the Impala Platinum Holdings Ltd., also known as Implats, shaft 9 mine tower stands beyond in Rustenburg, South Africa, on Wednesday, April 22, 2020. (Photo:: Waldo Swiegers/Bloomberg via Getty Images)

South Africa's mining sector is in a state of structural decline, as these five statistics show. But because of international commodity prices and the sector's own efforts at reform, it is also making lots of money at the moment. This may make it hard for the government to heed its renewed pleas for structural reform.

South Africa’s mining sector is in many ways in a woeful state, as these five key statistics, which formed part of an online Minerals Council presentation for media on Thursday, 6 August, show:

In the presentation, the Minerals Council, which represents the mining industry, renewed its calls for government to get on with pressing reforms to attract fresh investment to the sector. The Council posed the following “What If” questions:

“If the right actions are taken in answering all these questions, it could result in an additional $3.6 billion in mineral sales, R300 million additional tax revenues, 70,000 jobs saved and an additional 26,000 mining jobs and 47,000 indirect jobs created by 2024,” said Minerals Council CEO Roger Baxter.

Baxter admitted that the industry has been raising these points for years, but given the scale of the Covid triggered economic meltdown, the thinking in business circles is that the pandemic can be a “catalyst for change.”

That may be wishful thinking. There are elements in the ruling ANC who see the pandemic as an opportunity to assert greater state control – business and the ANC are still largely talking past each other, as we have noted before.

And speaking of catalysts, the platinum group metals (PGM) sector – which produces the key metals for autocatalysts – has undergone a dramatic return to profit in the last couple of years. South African PGM producers have been making money. Royal Bafokeng Platinum’s earnings per share surged 577% in the six months to the end of June. Anglo American Platinum H1 headline earnings declined 7% in the same period, but it lost 25% of its production to the pandemic and paid out over R 1 billion to employees idled by the lockdown. It still made R6.9-billion, from which an interim dividend of R2.8-billion will be paid out to shareholders.

Meanwhile, the gold price has breached record highs over $2,000 an ounce. To take one example: Gold Fields expects its headline earnings for the first six months of this year to soar around 300%.

For both PGMs and gold, prices have been a key driver – in the case of PGMs, palladium, in particular, has hit record peaks this year and remains at historically elevated levels. But both the gold and PGM industries in South Africa have taken “self-help” measures over the years to boost productivity and lower costs while raising the bar on the health and safety fronts. These have included pivots to mechanisation as well as job cuts and other initiatives.

But when a significant element of the industry is making money, the government may be even less inclined to listen to its calls for urgent reform. If it wasn’t listening when much of the industry was loss-making, what are the chances of it taking heed now? This is a pity, because much of these profits- with a handful of exceptions – are not going into new investments in South African mining, which bodes ill for the industry’s future here. DM/BM