Covid-19 quarantine could turn into ‘an absolute nightmare’ for children 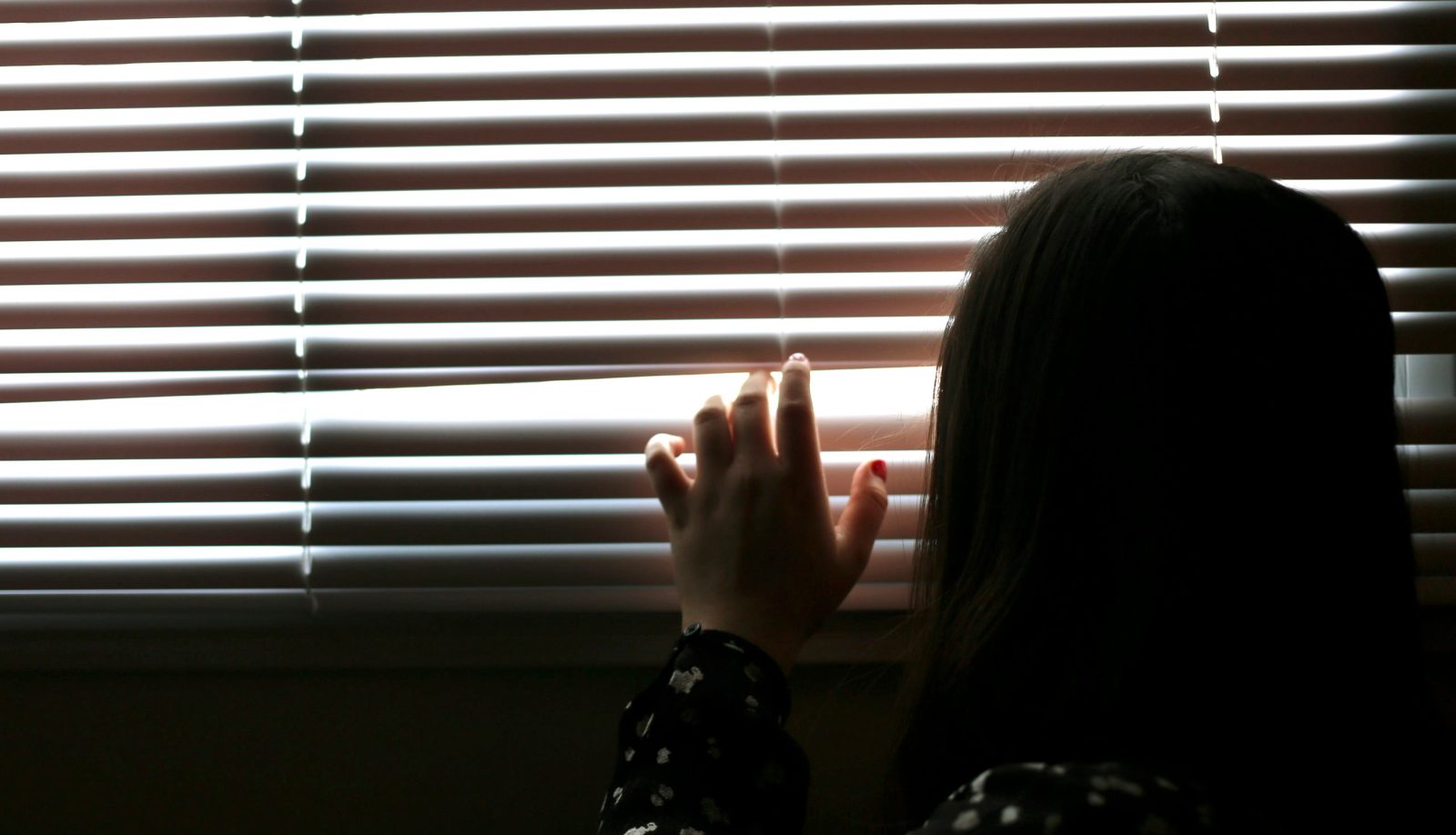 Home is where the heart is – it’s also important to young children’s sense of identity – but what happens when a state quarantine facility has to become their home away from home?

Madeleine Hicklin is a Democratic Alliance parliamentarian and serves on the portfolio committee for public works and infrastructure. In March, she joined other members of parliament to help repatriate South Africans from countries hard hit by the coronavirus outbreak.

Once South Africans were safely home, Hicklin and fellow parliamentarians stayed in touch with new arrivals as they spent at least two weeks in state quarantine facilities. If people had complaints about food or, for instance, a lack of soap, Hicklin would use her knowledge of the public works department to resolve problems with facility managers.

But as the days in quarantine grew, so did the psychological strain for many, Hicklin says, and families with children sometimes experienced unique forms of stress.

When a mother and her three children – between the ages of four and 12 – were repatriated from Mozambique to a Johannesburg quarantine facility, there were no rooms to house family members together, Hicklin says. Instead, the four piled into a small room meant for one person for their two-week stay.

“The kids were sleeping on mattresses in [their mother’s] room because there was no family facility,” Hicklin explains.

One of the children had an intellectual disability. The child, used to spending much of his time outside, had trouble adjusting to having to stay inside for hours on end. Hicklin says the child became aggressive.

“He could not understand for one second why he was being locked in this room and why he couldn’t get out. It was an absolute nightmare for him. It was an impossible situation.”

Number of people in state quarantine or isolation facilities is unclear

Both quarantine and isolation are used to try to prevent people from spreading the coronavirus. People who have been in close contact with a confirmed Covid-19 case, but who have not yet tested positive for the virus, are asked to go into quarantine.

Isolation facilities, on the other hand, are for those who have tested positive but who do not require medical care. Once someone in quarantine tests positive for Covid-19, they should be moved into isolation facilities or an isolation section of a quarantine facility, according to national guidelines. People in quarantine or isolation must stay in a separate room and have no contact with anyone for 10 days – or the period of time after which it is believed that people with the virus are no longer infectious.

The government has invested millions in renting hotel rooms to quarantine and isolate people who can’t do so at home. The government is also using existing state facilities, such as training venues, to accommodate people. But only 139 of the 5,600 quarantine sites initially identified by the department of public works are in use, because of low demand.

As of 28 July, the national health department could not provide figures on the number of people who were in quarantine hotels, although 1,350 recently repatriated South Africans were at the facilities as of early June.

The department also could not provide figures on the number of children in state quarantine or isolation facilities. Still, fewer than 1% of the almost 500 people admitted to the quarantine facility at Johannesburg’s Nasrec Expo Centre between June and July were below the age of 15.

Currently, South Africa lacks guidelines on where and how to quarantine or isolate children who have been exposed to SARS-CoV-2, or who have contracted the virus. Without these kinds of regulations, individual quarantine or isolation facilities must decide on their own how to handle cases involving children, including whether or not to admit them and what support they offer.

Research and experts say that during an outbreak, children in quarantine and isolation – especially those with special needs – may require extra care in these temporary homes away from home.

Children may see quarantine as a form of punishment

Less than a year into the Covid-19 outbreak, there’s little research on the psychological impacts of quarantine and isolation on children. Instead, studies have mostly focused on how children have adapted to national lockdowns and school closures.

However, a minor 2013 study found that nearly a third of children who had been isolated or quarantined met the criteria for post-traumatic stress disorder during previous epidemics such as bird or swine flu in the United States. The research, based on a survey of almost 600 parents, was published in Disaster Medicine and Public Health Preparedness.

Early in the coronavirus pandemic, China implemented strict quarantine policies and these also applied to children. But officials feared this kind of isolation would lead to mental health problems. In response, Chinese officials took steps to ease the transition for children going into quarantine facilities, including making sure they kept a routine during their stays and were able to call their parents at any time.

Officials also provided psychiatric services to children who needed them, according to a May comment piece in The Lancet Child and Adolescent Health.

Neziswa Titi, a research psychologist and researcher at the Children’s Institute at the University of Cape Town, says quarantine or isolation spaces must minimise the risk of trauma for children.

“Children, like adults, have habits and rituals – what they do in the morning, what they do at night,” Titi explains. “If you just remove them abruptly or forcefully, like it’s an arrest, they may just shut down because of the shock, and that is a trauma on its own.

“There needs to be a form of familiarity and continuation from home into the new environment.”

Children may also interpret being moved into quarantine as “being sent away” – or a form of punishment that may cause children to blame themselves for contracting the virus, Titi warns. She says children must be prepared before they go into quarantine or isolation, to understand why they are going and what to expect.

Stress and anxiety caused by being in an unfamiliar environment can stall or regress kids’ development in younger ages. For instance, Titi explains, a child could begin to wet the bed again or start having speech problems, such as stammering.

As children develop physically, mentally and emotionally, they start to gain more independence, Xanthe Hunt says. Hunt is a researcher at the Institute for Life Course Health Research at Stellenbosch University and a consultant for the World Health Organisation. But for children under five, their sense of self is tied to their primary caregiver, usually someone in the home. Because of this, having parents or guardians around in facilities is one way to help children feel more settled, and help them adjust to their new space.

Another suggestion, Titi says, is for children to take familiar belongings with them into quarantine or isolation, such as an item of their parents’ clothing, a favourite teddy bear or storybook.

Hunt says children with mental health conditions or disabilities may also require additional support even after they return home from facilities to help them adjust.

‘Patients are not there by choice’

When the Centre for HIV-Aids Prevention Studies (Chaps) briefly ran one of Johannesburg’s 21 quarantine sites, it quickly realised people there needed counselling – in part, because some were children, Chaps CEO Jacqueline Pienaar says.

Pienaar, a trained psychologist, kept in touch regularly with her team at the site and helped nurses identify those who were struggling to adapt.

She says although Chaps would have liked to bring in a psychologist or social worker to do more formal counselling, it wasn’t an option – especially given how new the facility was then. Instead, it fell to nurses to connect with patients and try to provide them with a sense of comfort and security.

“The daily routine of being stuck eating, sleeping, reading, watching two or three channels on the TV – [It’s like] wash, rinse, repeat,” Pienaar says. “There’s really nothing for these individuals to look forward to on a daily basis.”

To deal with this, the centre’s staff brought in toys, puzzles and games for the five children at the facility during that time. These children ranged in ages from three to 16 years old, all of whom were accompanied by a parent.

The facility also allowed children who had not tested positive for Covid-19 to run around outside or kick a ball back and forth while staying metres apart.

“Quarantine is not a prison sentence. What can really make the difference, and what your experience is dependent on, is the staff,” Pienaar explains. “Patients are not there by choice, so you need to make it easier for them.”

She concludes: “It doesn’t do any good treating them as a case number rather than as a human being.” DM/MC

This article was produced by the Bhekisisa Centre for Health Journalism. Sign up for the newsletter.