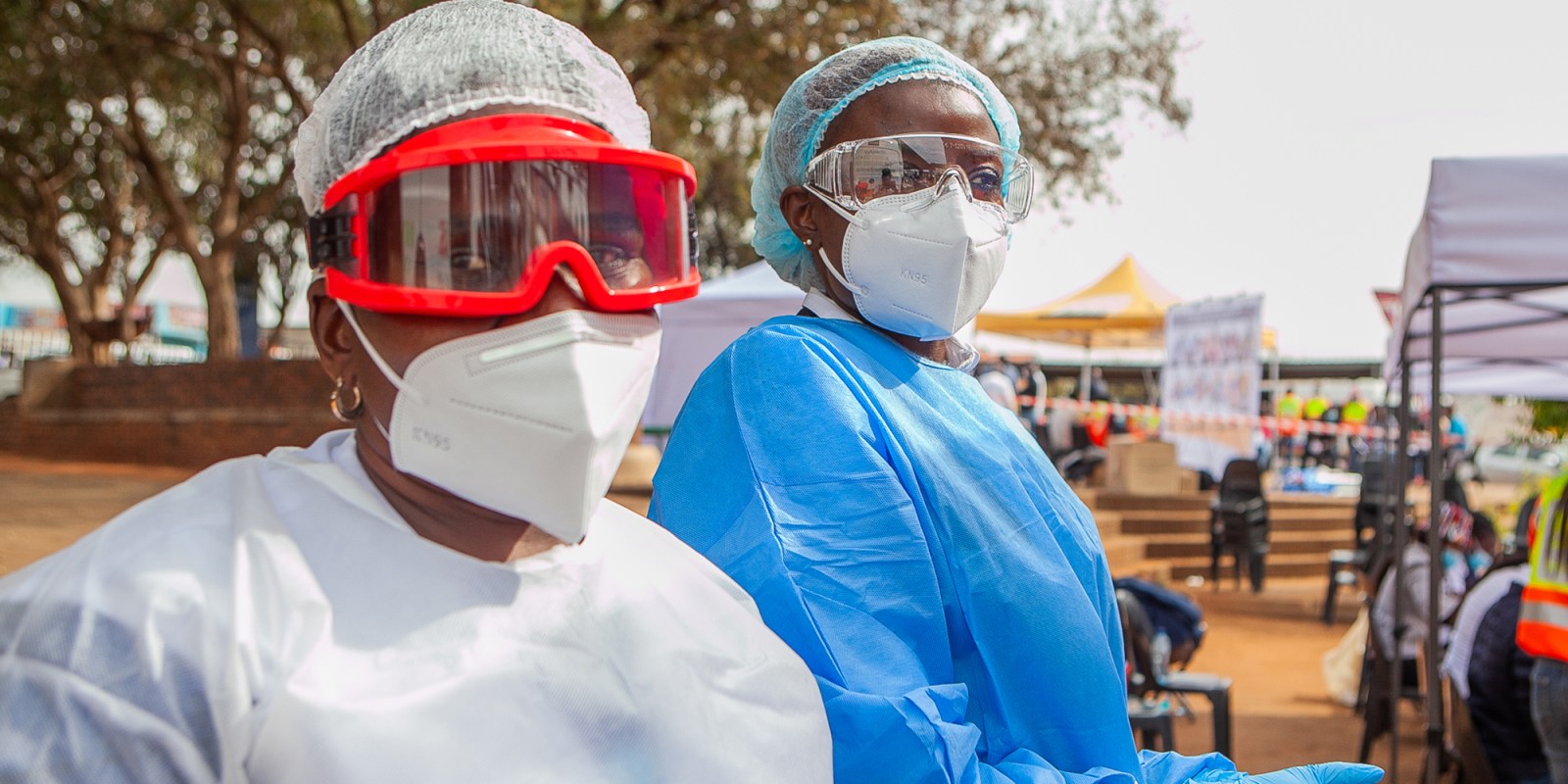 Competition authorities have acted with speed in an attempt to nip excessive PPE pricing in the bud. (Photo: Gallo Images / Sharon Seretlo)

South Africa’s competition authorities have been seized with energy when it comes to investigating allegations of price gouging. This has both positive and negative implications.

On Monday morning, 3 August, President Cyril Ramaphosa added his voice to the growing outrage about the connected ANC cadres and assorted opportunists who have won tenders to supply personal protective equipment (PPE) to government health departments, schools and other facilities at vastly inflated prices.

Despite his warning that perpetrators will be dealt with decisively and harshly, excessive mark-ups continue with impunity.

While this is happening, competition authorities have acted with speed in an attempt to nip excessive pricing in the bud. Most recently, the Competition Commission has referred Johannesburg-based wholesale distributor and manufacturer of medical products, LevTrade to the Competition Tribunal for prosecution.

The company, best known for manufacturing the Burnshield range of medical products, had inflated the selling price on a box of 20 respiratory masks from R139 excluding VAT on 14 February 2020 to R670 by 23 March 2020.

The authorities have acted swiftly to investigate reported cases of excessive pricing and collusive behaviour.

The Commission’s pursuit of these cases is occurring under the Disaster Management Regulations introduced by Minister of Trade, Industry and Competition Ebrahim Patel in April 2020. The aim is to strengthen the ability of the Competition Commission and the National Consumer Commission to respond to incidences of unjustifiable and exploitative pricing.

The regulations prohibit dominant firms from selling essential goods and services at excessive prices during the period of the State of National Disaster.

To date, over 1,600 complaints have been lodged and over 30 cases have been settled. Between April and early July 2020, the authorities’ Covid-19 excessive pricing investigations had yielded settlements to the value of R14-million, of which R5.5-million has been donated to the Solidarity Fund.

The companies include the likes of Bloemfontein based Vasilis Cleaning Supplies which supplies surgical gloves, surgical masks and dust masks. After investigation, the Commission concluded that Vasilis had escalated its margin on these items significantly without any corresponding increases in cost.

The company did not admit “guilt”, but did conclude a settlement agreement with the Commission and has donated essential goods to the value of R243,000 to three community benefit organisations and a further R44,000 to the Covid-19 Solidarity Fund.

Brights Hardware on the West Coast agreed to donate R6,074 to the Solidarity Fund, and reduce its gross margin on FFP1 dust face masks to an agreed maximum percentage after the Commission found it had allegedly charged excessive prices for face masks during March 2020.

One could argue that the Competition authorities have been targeting the proverbial “low hanging fruit”. And one could also argue that firms should have ostensibly not settled with the Commission and challenged the finding before the Competition Tribunal – as some are doing.

Green Hygiene, which sells automatic spray sanitisers, was accused of excessive pricing and agreed to contribute R8,000 to the Solidarity Fund.

They did not admit liability, but did settle with the Commission and agreed to make a contribution to the Solidarity Fund or other causes.

This is not business as usual

What has been particularly unusual has been the competition authorities’ approach to assessing dominance during the pandemic. Many of these firms would not – in ordinary circumstances – meet the market share thresholds for dominance for purposes of the Competition Act.

“In light of the Covid-19 pandemic, they have been regarded by the Commission as having market power,” says Judd Lurie, a partner in competition law at Bowman Gilfillan.

This is the power of a firm to control prices, to exclude competition or to behave to an appreciable extent independently of its competitors, customers or suppliers.

“This, for example, could be as a consequence of panic buying during a period of crisis where goods and services are limited, and consumers are restricted in terms of movement,” he says. “One would usually not regard customers of a small hardware store, pharmacy or seller of ginger to be price takers with no other alternatives or as being captive to those retailers.”

A number of firms were caught unawares by these regulations.

Small entities would ordinarily not consider the abuse of dominance provisions of the Competition Act in their compliance efforts because they are not big enough to exert any form of market power, adds Rosalind Lake, director at Norton Rose Fulbright.

“Even if a company has a market share of 15%, they could be considered ‘dominant’ because they have bargaining power with their customers or a category of customers. This means that the abuse of dominance provisions are potentially catching a much broader category of parties, and while the disaster regulations are in place, anyone with ‘excessive’ margins will likely be considered dominant.”

One could argue that the Competition authorities have been targeting the proverbial “low hanging fruit”. And one could also argue that firms should have ostensibly not settled with the Commission and challenged the finding before the Competition Tribunal – as some are doing.

However, “the costs of challenging may far exceed settling, particularly for small amounts,” says Lurie.

By taking on an advocacy role together with its role as a market conduct regulator, the Commission has sought to warn firms which exploit Covid-19 to earn unreasonable profits.

It’s also worth noting that the penalties have been structured as contributions to the Solidarity Fund so may not truly fall within the definition of an administrative penalty under the Competition Act, which is ordinarily paid to the National Revenue Fund.

The challenge, for those that believe they have a case, is that the urgent complaint referral procedure timelines provide for extremely short response times for those firms that are being implicated, says Ahmore Burger-Smidt, a director at Werksmans Advisory Services, Werksmans Attorneys.

“This, together with the presumption in favour of the Commission requires accused parties to litigate under pressure to defend themselves, incurring legal costs along the way. As the value of sales in many of these cases involved were very very low, it was probably easier to enter into a consent agreement and get the matter behind you.”

The approach of the regulator raises questions

The Commission’s intervention in these cases has nipped excessive pricing in the bud, in these particular cases, with the parties concerned committing to reducing margins. This is undoubtedly a desirable outcome.

However, one needs to be aware, says Burger-Smidt, that the approach in relation to market definition and market power adopted by the Competition Authorities is not in line with the “normal” application of competition law economics.

In addition, the authorities have also chosen to disregard certain economic factors such as replacement costs. “I do realise that we are dealing with these aspects during Covid-19, but this is not sufficient reason to change core competition law economics and should be watched carefully.” DM/BM