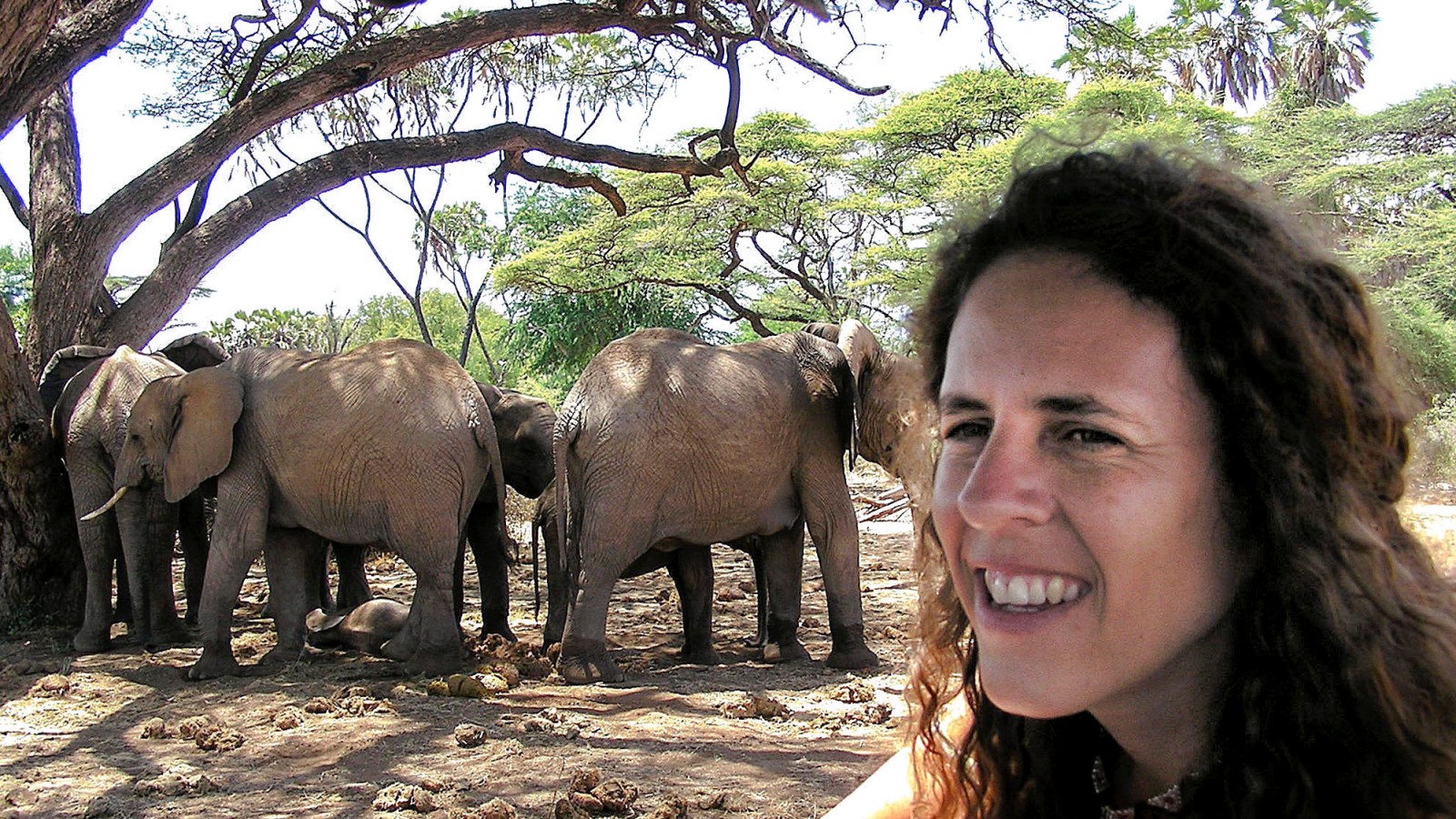 Wild spaces keep shrinking and humans’ gluttony and greed tip the scales against the creatures we share this planet with. It can feel like pushing elephants up a hill, but Michelle Henley is up to the task.

Everyone’s got an opinion, but talk is cheap. Dr Michelle Henley hears enough of the pontificating from armchairs in conservation circles. It’s the kind of noise she shuts out so she can get on with her work.

For over 25 years Henley has been immersed in elephant conservation and research. Her office borders the Great Limpopo Transfrontier Peace Park and it’s where she heads up Elephants Alive, the organisation she co-founded in 2003.

Henley merges science, conservation and community outreach to make an unequivocal case for the protection of elephants.

Elephants are an umbrella species; their protection indirectly protects other species and the ecological community as a whole. For Henley, elephants’ overarching significance in nature holds the story of all wild things.

“We have to get away from the belief that ‘if it pays it stays’, so we don’t just look at the direct monetary value of something to measure its importance. Elephants are more than their tourism potential or when they are traded for their tusks, skin and body parts,” says Henley.

It’s a thinking that means conservation and environmentalism have to break out of the ghettoised box they’ve been squeezed into. Over the years they came to be niche concerns or reserved for “bunny huggers” and those who make an annual pilgrimage to a national park.

“You can become so isolated in this world that you open up a tap, expect water to run from it, and not think about the source of that water,” she says of the disconnect from nature that people are experiencing.

Part of the problem is the convenient narrative of a constant contestation between humans and nature. The idea that we’re in a tug of war, all of the time, narrows the space for creative thinking and finding solutions, Henley believes.

“We have to stop thinking in these exclusive, compartmentalised ways and instead we can find smarter ways to coexist with wildlife and to see these natural havens as our lifeblood.”

Smarter, for her, begins with drawing in communities who live and farm near nature reserves and sanctuaries and better understanding their concerns and needs. Then, it’s introducing the science and innovation that work, supporting these strategies and making them locally appropriate and designed for optimal efficiency.

Elephants Alive works with grassroots-based conservation and anti-poaching groups, like the Black Mambas, to implement and test projects. These projects will include helping rural farmers to plant crops in elephant corridors that are unpalatable to elephants but which still have a market value. These include crops like chilli, lemongrass, ginger and sunflowers.

Elephants Alive also plans to introduce beekeeping projects at the edge of settlements to discourage elephants from approaching or risk being stung. This stems from work pioneered by Dr Lucy King in Kenya. Beehives set up in trees have already been used successfully by Elephants Alive to protect old-growth trees from being stripped bare or uprooted by elephants.

Another component of this coexistence strategy, Henley says, is the potential to sell these crops as produce to city consumers. With the right kind of marketing and messaging “of buying a conservation story” it gives consumers more power in ethical buying options. The returns can uplift rural farmers while helping to keep elephants safe and wild spaces and biodiversity top of mind for more people – even those in urban jungles.

“Now, more than ever, as we become so rushed in everything and pulled in so many directions, we need to realise that wildlife and wild spaces with their sacred silence offer us the chance to be contemplative and to be reinvigorated – you can’t put a price tag on that psychology benefit,” she says.

Henley’s always known that nature’s silence and wilderness is refuge and inspiration. When she was five years old she proclaimed that when she grew up she would be a game warden.

… Henley’s day job is also her hobby, her downtime and virtually every part of her waking life. Most days there’s tracking and monitoring of the elephants to be done after collaring them. Data and research needs to be analysed and applied to devise better coexistence strategies and interventions. There’s more targeted education and outreach to be done and even better marketing and fundraising plans to develop.

Earning some of her science degrees with distinction was a ticket to smash glass ceilings in the male-dominated space of research and conservation. But, ultimately, the research has allowed her the excuse to be closer to nature.

Homing in on the pachyderms to anchor her conservation agenda came from her mother’s soft spot for the gentle giants. It is elephants’ sentience, the wisdom and power of their generational memory and what we humans may regard as ancient intuition that Henley connects with profoundly.

It was in the mid-1990s that Henley and her mom, an artist, started drawing and recording elephant ear patterns, using these as a guide to identify individual elephants in the wild. This mother-daughter partnership became the root and genesis of Elephants Alive.

“Elephants allow us to zoom out so that we can look at conservation at a landscape scale. They show us with their peaceful power how to stitch together conflict areas – where we can make an overpass or an underpass to connect wild areas. They map with their feet the truth that political boundaries and exclusive fences are not the approach to conservation for a modern age; elephants literally push boundaries,” she says.

Henley’s caution is that the wild world is disappearing fast, even as the outdated but still perpetuated idea that elephant numbers are too high in certain areas on the continent persists. It’s dangerously misleading. More accurate, she says, is that 97% of elephants have been lost in just the last 100 years in Africa.

“It means we are left with just 3% of a continental population right now and we have to realise that we are sawing off the branch that we’re sitting on,” she says.

Saving the last 3% means Henley’s day job is also her hobby, her downtime and virtually every part of her waking life. Most days there’s tracking and monitoring of the elephants to be done after collaring them. Data and research needs to be analysed and applied to devise better coexistence strategies and interventions. There’s more targeted education and outreach to be done and even better marketing and fundraising plans to develop.

“There are many demanding 18-hour days; conservation work isn’t the romantic ideal that some people may have,” she says.

But Henley’s okay with the long hours, okay that conservation’s gains can feel like a drop in the ocean sometimes.

She’ll be back in the bush each new day and she’ll stand her ground, because the environmental threats from poaching, illegal trading and habitat destruction are at her doorstep and because she can’t help but yield to the call of the wild. DM/MC