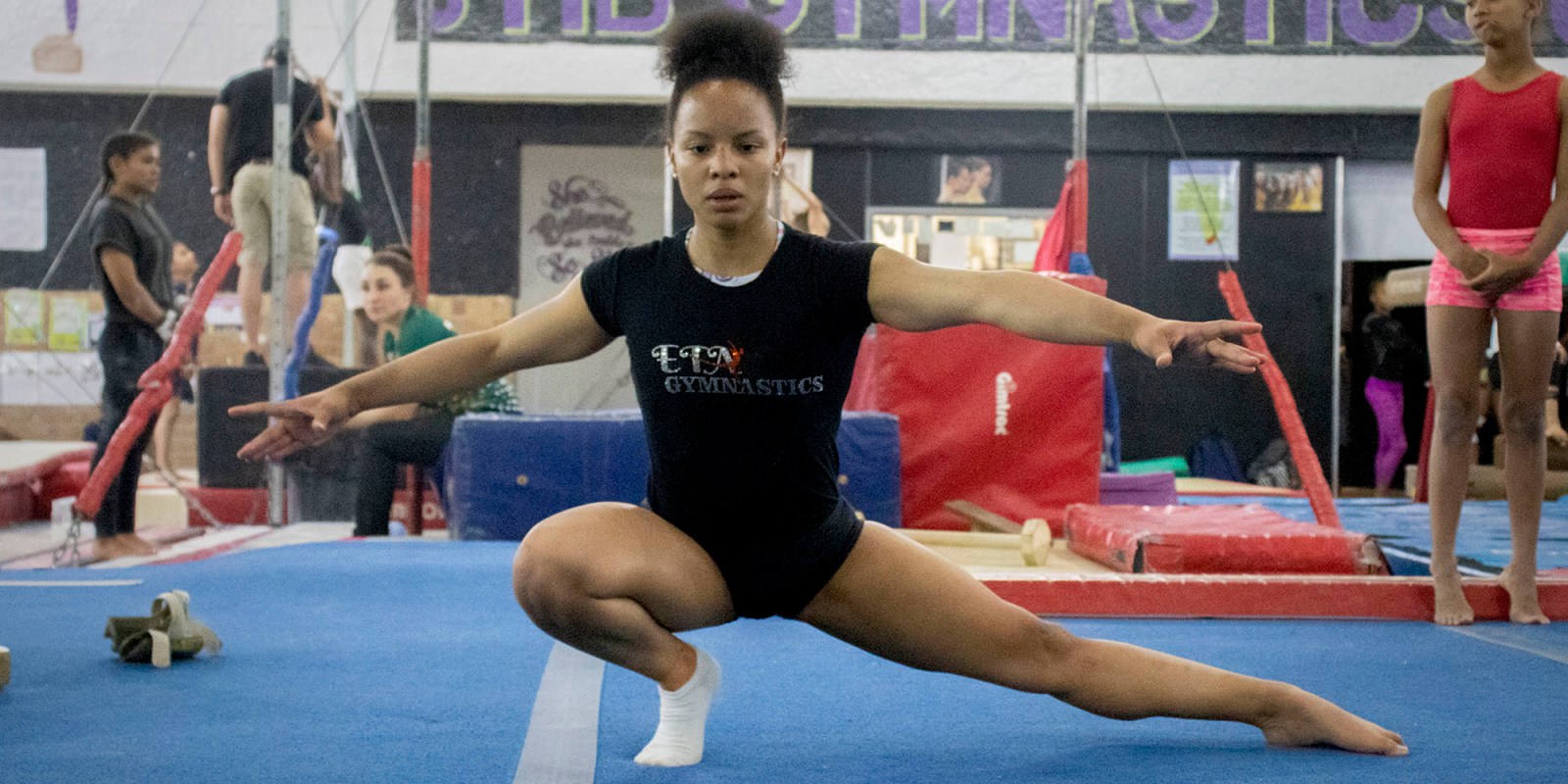 She prepared for most of her life to make an appearance at the 2020 Olympic Games. Now, with the postponement, Caitlin Rooskrantz feels she will have improved even further come 2021.

After 2019 saw her make history and become the first South African artistic gymnast to qualify for the Olympic Games in 15 years, Caitlin Rooskrantz was looking forward to swinging into 2020 with the same momentum. Covid-19 brought that plan to an abrupt halt.

“The Olympics were something I had been preparing for all my life; 2020 was going to be the year. I had made everything kind of work this year in order to fully focus on the Olympic Games,” Rooskrantz told Daily Maverick.

“I matriculated last year, so I ended up taking a gap year this year to put all my time and energy into the Olympics. So, when they were postponed, I felt like it was quite a hopeless and empty year because, not only was I not studying, I was not going to the Olympics anymore.”

However, she’s been given a chance by Sanlam to show South Africa and the world the routine she would’ve performed at the games. The performance will be streamed live on the day she would have debuted it to the world in Tokyo: Sunday 2 August.

“It’s a chance for the whole of South Africa to really get behind me. Yes, I’m not in Tokyo at this very moment, but I still get the opportunity to showcase the routine I would’ve done,” the 18-year-old said.

Rooskrantz’s coach Ilse Pelser said she and her charge were choosing to focus on the positives of the Olympic postponement, not dwell on what might have been.

“At this stage we are happy and excited that Tokyo hasn’t been cancelled completely. And it’s given her more time to prepare for next year and, hopefully, have an even better routine together,” said Pelser.

Rooskrantz was recently named South African Gymnastics Federation (SAGF) senior women’s artistic gymnast of the year for 2019. In addition to Olympics qualification, 2019 also saw her become the first South African to win a gold medal at a World Gymnastics tournament.

“It hasn’t been the greatest year for everybody. So, to have received that award was one of the highlights of the year so far, and there haven’t been many. I was really excited to have won that again, because I won it in 2018 as well. So, to win it again after a really successful 2019 made me feel really proud because I definitely believe that 2019 was thus far my best year in gymnastics,” said Rooskrantz.

This year started off well enough for the gymnast as she won the African Championship trials. In March she jetted off to her first international competition of 2020 in Baku, Azerbaijan, and made the bar final. However, the competition was called off as the threat of Covid-19 started gripping the world.

“In all my years of being an elite gymnast I’ve never really had a chance to stop. In these three months or so that I was under lockdown, I’ve rested enough for the whole of my life. I’ve never had that much time to just sit and do nothing. Which at the beginning was not bad; I quite enjoyed it. But there’s only so much rest you can have and gymnastics is my life. I love training, I love competing and travelling. And all that was abruptly taken away,” said Rooskrantz.

The SAGF ran online training sessions during this time, which managed to fill the void. Nonetheless Rookrantz is thrilled to be back in the gym, swinging, tumbling and flipping, and she is ready to put on a show come Sunday.

“We’re only too happy to be supporting Caitlin in still reaching her goals – albeit in a different way. She is an inspiring example for us all of someone that has not let challenges get the better of her, but instead let them make her even better,” said Sanlam’s chief executive Sydney Mbhele.

The live stream of Rooskrantz’s performance will be at 10am, on www.nowisthetimetoplan.co.za. DM