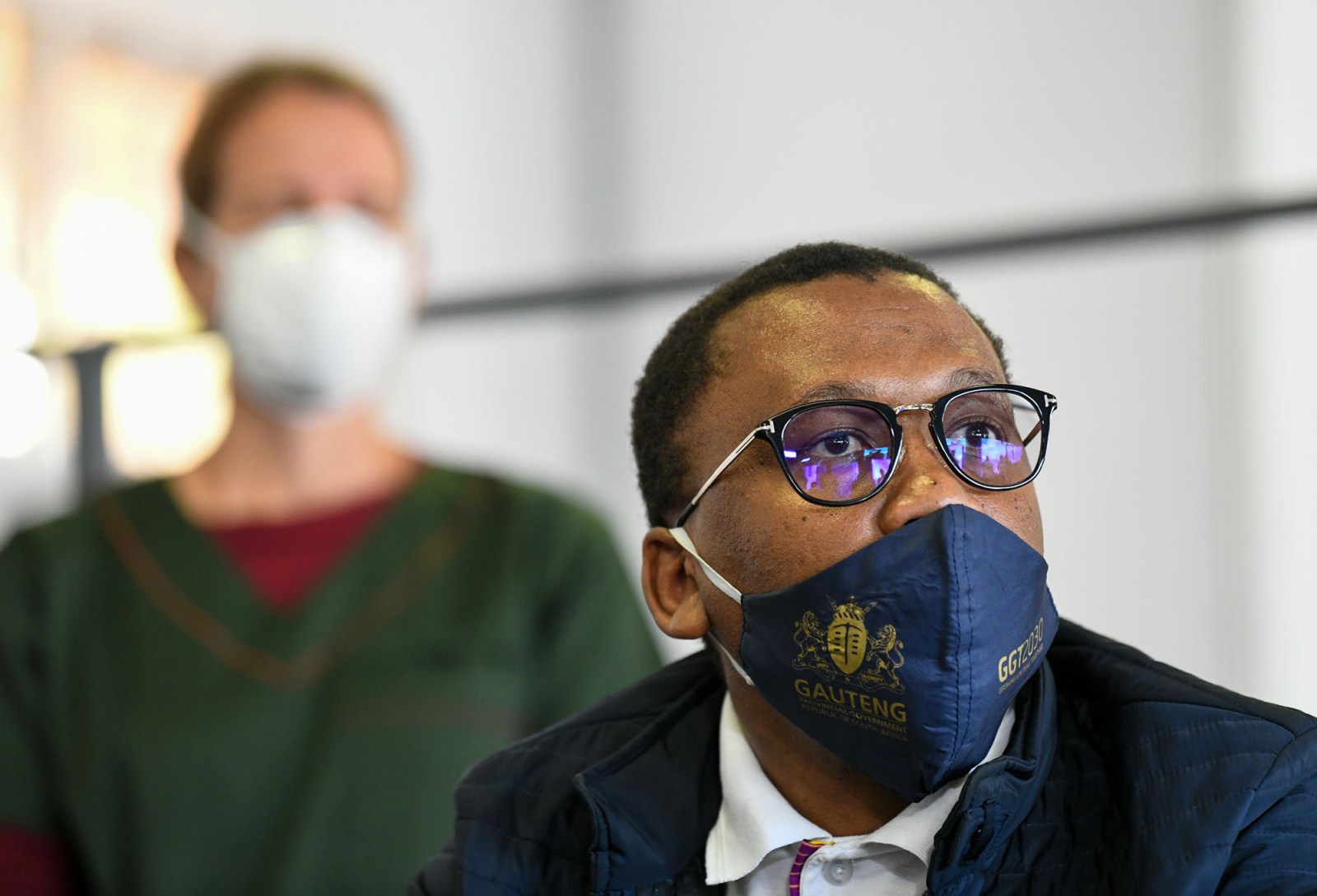 This was one of the transactions reportedly flagged in an audit conducted by the provincial treasury into the spending of R2 billion on PPE by the Gauteng health department.

The publication did not name any official source confirming the allegation and did not elicit a response from Masuku, who reportedly referred all enquiries to departmental spokesperson Kwara Kekana.

Diko is married to President Cyril Ramaphosa’s spokesperson, Khusela Diko. Diko and her husband maintain the money was never paid to his company and the contract was never finalised, Sunday Times reported.

The Special Investigating Unit (SIU), which is part of a law enforcement team investigating the awarding of Covid-19 tenders by the Gauteng health department, told Sunday Times its investigators had uncovered 90 companies involved in questionable PPE contracts in Gauteng.

Almost all are owned by politically connected individuals.

But on Monday, Masuku denied involvement and said the allegation was “false and without any foundation”.

“I value my reputation, that of the department and the Gauteng provincial government and, as such, I am obliged to set the record straight,” Masuku said in a statement.

The MEC said following the emergency procurement processes undertaken since Ramaphosa’s declaration of the national state of disaster by in mid-March 2020, he requested that the administration of the department must observe good governance.

“I formally requested a forensic audit into Covid-19 procurement and… [Gauteng] Premier [David Makhura] subsequently requested the SIU to undertake this investigation. The SIU investigation commenced in May 2020 and the premier’s office will announce the findings as soon as they become available.

“As the originator of the process, I wholly support the SIU’s investigation. If evidence of corruption is found at the Gauteng Department of Health, action will be taken, and offenders prosecuted. Those found guilty of fraud and/or the misappropriation of funds at the department, will face the full might of the law,” Masuku said.

The MEC said that, as a member of the executive council, he was not involved in, nor did he influence the department’s procurement processes.

The processes of awarding contracts within the department rests entirely with the supply chain management function in finance, Masuku stated.

“Throughout my career, I have always acted with utmost integrity and conviction. I strongly refute any suggestion that Covid-19 procurement is being used as a means to raise funds ahead of ANC conferences.

“As MEC for Health in Gauteng, I remain committed to ensuring that our comprehensive health response is focused on saving lives. I will do everything in my power to ensure that anyone found to be stealing money meant for Covid-19 relief [is] identified and brought to book,” Masuku said.