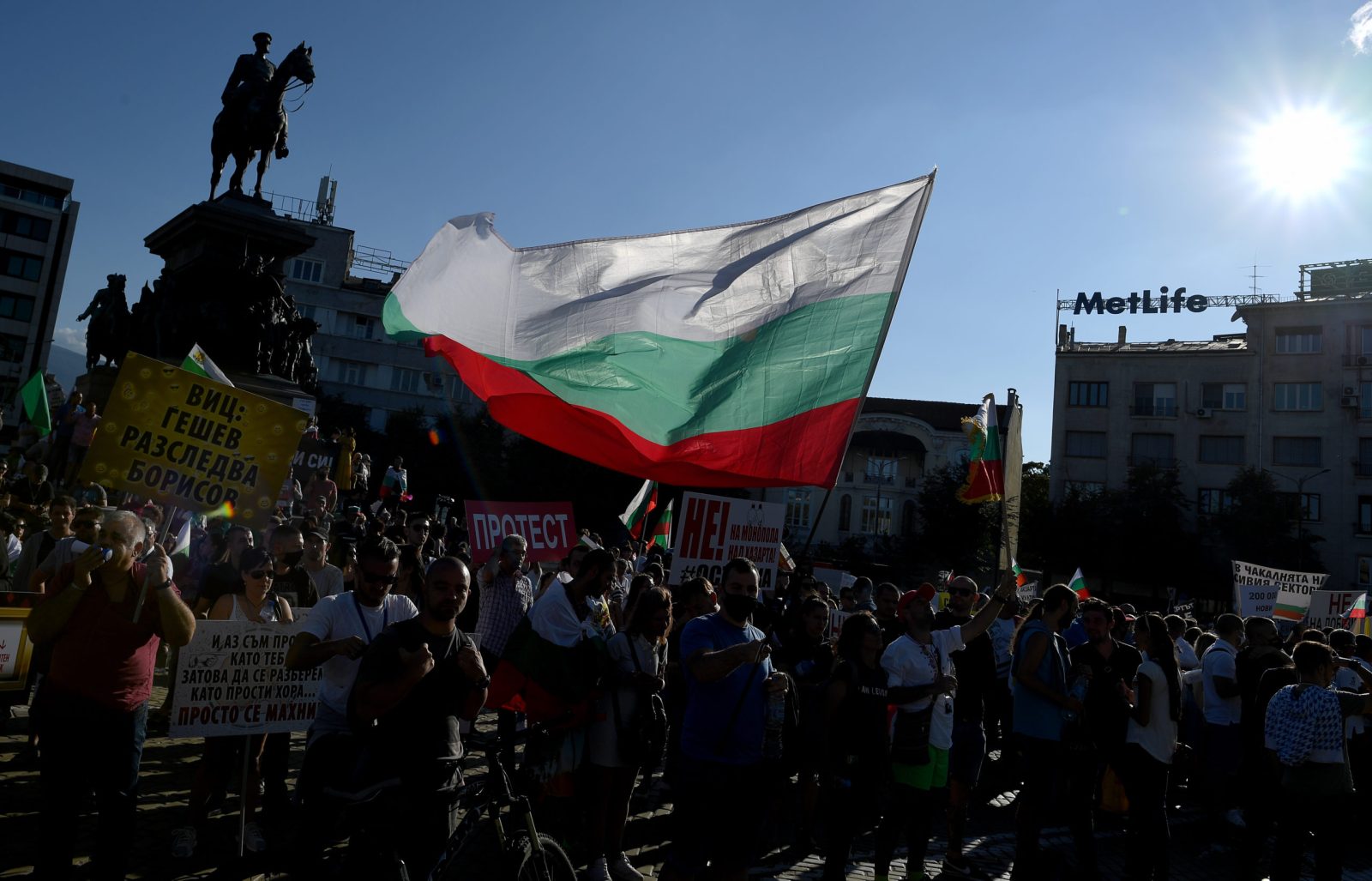 epa08557106 People wave the Bulgarian national flag during an anti-government protest held in front of the Parliament building in Sofia, Bulgaria, 20 July 2020. Hundreds of demonstrators once again gathered in the capital's downtown area to demand the resignation of Prime Minister Boyko Borisov, as well as that of his entire government. EPA-EFE/VASSIL DONEV

SOFIA, July 23 (Reuters) - Bulgarian Prime Minister Boyko Borissov replaced his finance minister and others on Thursday in a reshuffle designed to quell a wave of anti-corruption protests at which demonstrators have called for Borissov's own resignation.

Borissov dismissed the ministers of finance, the economy and the interior, whom he had asked to resign last week to end speculation that they were working under the influence of a controversial businessman linked to another political faction.

“We are accepting the resignations of the three ministers… plus the resignation of the tourism minister,” Borissov told reporters after a meeting with his junior coalition partners.

Thousands of mainly young Bulgarians have taken to the streets seeking the resignation of three-times premier Borissov. They accuse him of turning a blind eye to endemic graft that has weakened state institutions and eroded the rule of law.

Thirteen years after joining the European Union, Bulgaria remains its poorest member and ranks as the EU’s most corrupt country according to Transparency International. It is yet to jail any high-level officials on graft charges.

The opposition Socialists and a liberal right-wing faction that supports the protests dismissed the changes as “an imitation” and “a joke” that will not bring real change, and they called for snap elections.

Analysts say the intensity of the street protests, which have rocked the Balkan country for the past two weeks but have started to lose steam, will determine whether Borissov is able to stay in office until general elections next spring.

Health Minister Kiril Ananiev, who has served as a deputy finance minister in charge of budgets in four different governments since 1998, will replace Vladislav Goranov as finance minister, Borissov said.

Lachezar Borissov, currently deputy economy minister, is nominated to take over at the economy ministry. He is not related to the prime minister. The head of the national police Hristo Terziyski will be Bulgaria’s new interior minister. Kostadin Angelov, a surgeon and head of a major Sofia hospital, will take over as health minister.

Borissov vowed to carry out its full four-year term to help the small and open economy weather the looming economic crisis and medical risks from the coronavirus pandemic. The European Commission sees Bulgaria’s economy contracting by 7% this year.

Borissov said he will present a new set of measures to combat the impact of the coronavirus on Monday. ($1 = 1.6875 leva) (Reporting by Tsvetelia Tsolova; Editing by Catherine Evans and Hugh Lawson)