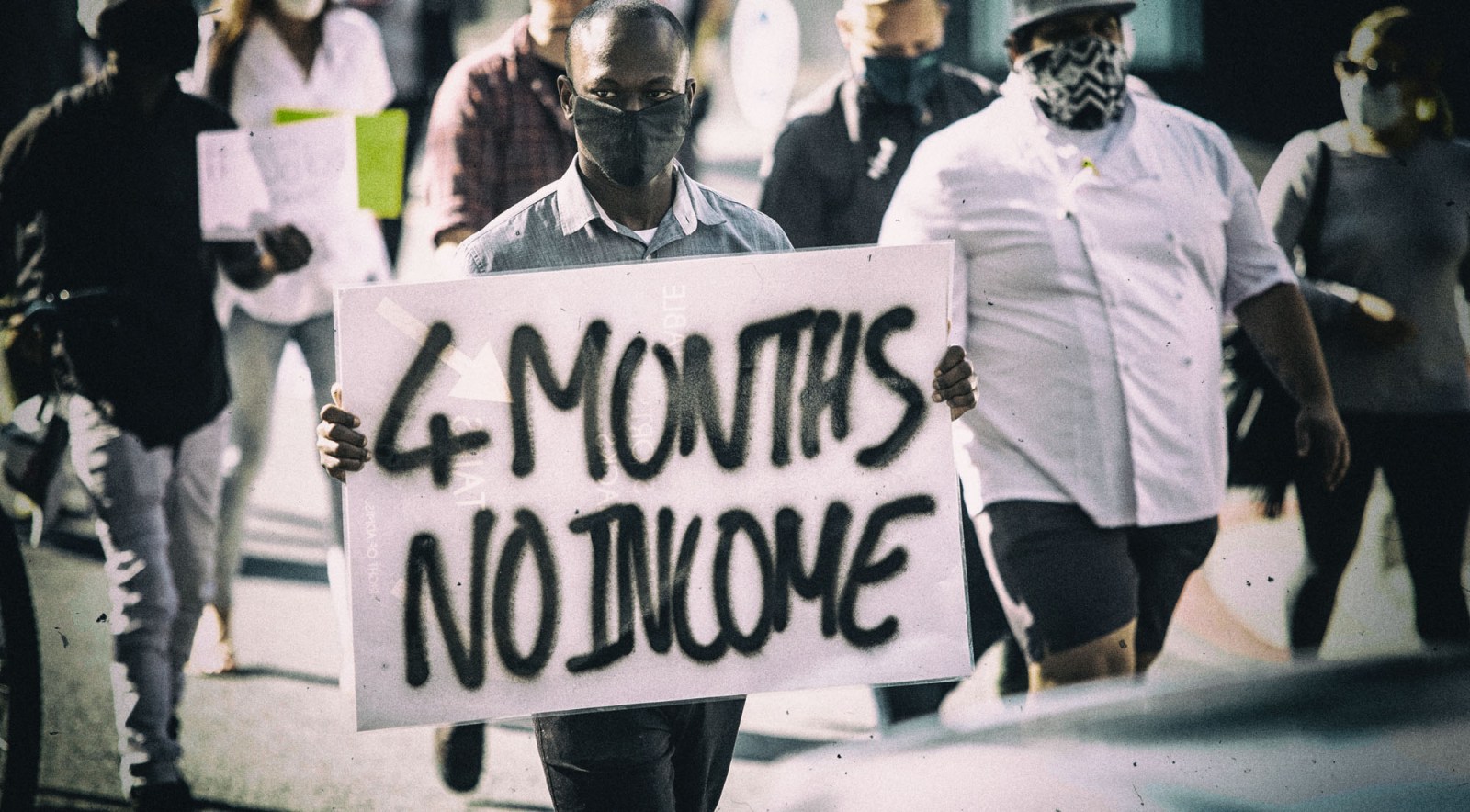 Workers and owners in the hospitality industry protest on Bree Street in Cape Town on Wednesday during a peaceful nationwide protest against lockdown regulations. (Photo: Gallo Images / Misha Jordaan)

Despair is mounting as the collapse of South Africa’s restaurant and tavern industry begins to accelerate, shedding thousands of jobs along the way. The government appears remote and uninterested.

The Perseverance Tavern on Buitenkant Street in Cape Town, reportedly the oldest pub in the country, is the latest to close its doors as the lockdown claims another scalp in the hospitality industry.

Before “the Percy” closed its doors, La Bottega in Woodstock, Giles in Parktown North, the Tonic & Gin bar, Clarke’s on Bree street, Fire Monkey, Cafe Roux, Ba-Pita, Reuben’s in Paternoster and Reuben’s in Cape Town had all closed their doors.

The list of closures runs into the hundreds, with thousands of associated job losses and pain up and down the supply chain.

Seemingly impervious to the devastation being wreaked, a spokesperson for the SA Government tweeted on Wednesday that the ban on the sale of alcohol and cigarettes will remain in place for the extent of the lockdown. 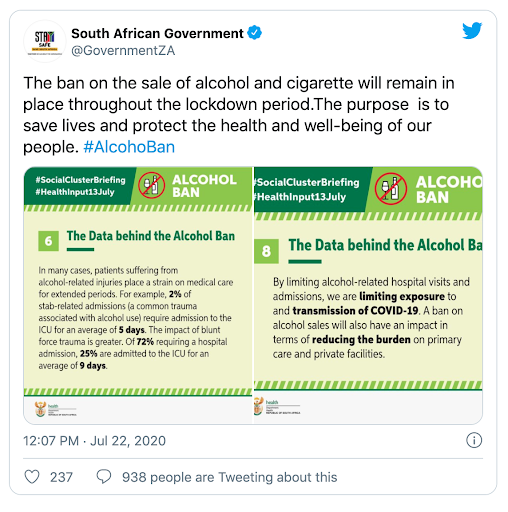 The parties had hoped to discuss ways of lifting the ban, while at the same time finding solutions to minimise the harmful effects of over-consumption.

Notwithstanding that the liquor ban has a public health element to it, it is small business that is, as always, most vulnerable, and in this instance inordinately exposed.

This is the third such letter sent to the government. The first two were disregarded, says Lucky Ntimane, convenor of the National Liquor Traders Council.

At the same time, the Restaurant Collective, which represents the sit-down industry, presented Ramaphosa with a blueprint for the recovery of the restaurant industry.

“We will drive our own recovery, but we need the ear and the support of the relevant government departments (including the departments of Small Business Development and Tourism) to make this a reality,” says Grace Harding, a spokesperson for the Restaurant Collective.

Among the requests is that the curfew is extended by an hour, that restricted alcohol sales are permitted and that the government resolve the delays in UIF and TERS payouts.

In addition, the Collective is requesting that government:

“Just one year ago, the food and beverage industry contributed R6-billion monthly to the SA economy and employed more than 500,000 people,” says Harding.

“The majority of these businesses are small businesses.”

Fast forward 12 months and it is unlikely any of these businesses will make a profit. At least 70% have had to retrench employees to save costs and 40% have not received any form of government loan or support, according to the Fitch SA Consumer & Retail Report Q3 2020.

The domino effect of the lockdown has been colourfully explained by the likes of Vusi Thembakwayo, an entrepreneur and public speaker whose Facebook rant went viral, but Harding presses home the point.

Keeping restaurants hamstrung (with the curfew and no alcohol sales) will result in greater demand on government for UIF grants, reduced taxes and poorer consumers. Logically, this means less income across other sectors and ultimately higher levels of crime driven by desperation.

It is estimated that for every month that alcohol is suspended, the government loses about R4.2-billion in excise duty and VAT. The previous 10-week suspension potentially cost more than R10-billion in lost revenue.

By contrast, The Solidarity Fund has managed to raise R2.86-billion since its inception four months ago.

This week saw the increasingly desperate industry take to the streets to voice its concerns about the impact of the alcohol ban and the curfew on the sector.

The #JobsSavesLives protest, organised by the Restaurant Association of South Africa, saw more than a million seats placed on the streets nationwide on Wednesday.

The empty seats are symbolic – vacant seats reflect jobs that will be lost, putting the lives dependent on those jobs in jeopardy.

This video of a 200m-long table, with 1,000 seats placed around it, by Cape Town photographer Esa Alexander captures the desperation and isolation felt by the industry.

200m long empty table with a 1000seats in Wellington, #CapeTown to raise awareness of the job lost within the tourism industry due to the lockdown @TimesLIVE @CapeTownTourism @Tourism_gov_za #JobsSaveLives pic.twitter.com/XxKAlNNag0

A second peaceful protest, #ServeUsPlease, is planned for Friday 24 July 2020 and will see the construction of a human “chain” of sorts. While adhering to Covid-19 safety protocols, protesters will create two ribbon-linked lines along main streets across the country.

Cape Town advocate Theo Nel is challenging the legality of the ban on alcohol sales in restaurants. The case has been postponed to 11 August 2020.

“It is not a fight for selling alcohol; it is a fight to keep thousands of restaurants from closing down and from shedding hundreds and thousands of jobs, irretrievably. Allowing restaurants to serve alcohol with meals is only the means to get to the goal,” Nel told Daily Maverick.

The situation is growing direr by the day. BM/DM