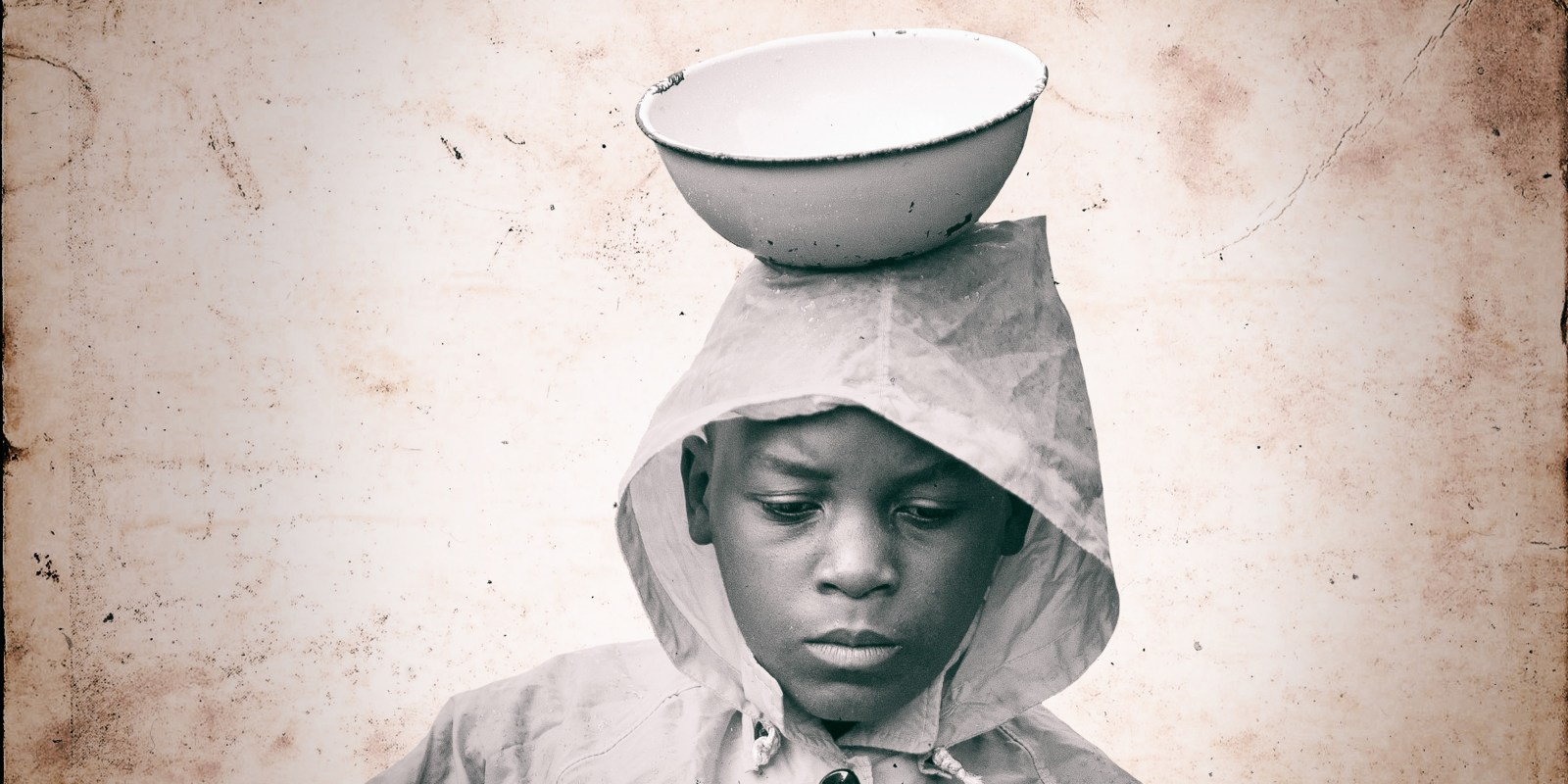 A South African child stands in line as he waits for food in Masiphumelele, Cape Town, South Africa, 25 May 2020. (Photo: EPA-EFE/NIC BOTHMA)

"The essence of this matter aptly can be captured as: ‘For now I ask no more than the justice of eating.’"- Judge S Potterill

On Friday 17 July judgment was handed down in the North Gauteng High Court ordering the DBE to provide food to all qualifying learners immediately. “A more undignified scenario than starvation of a child is unimaginable. The morality of a society is gauged by how it treats its children. Interpreting the Bill of Rights promoting human dignity, equality and freedom can never allow for the hunger of a child…” said Judge Potterill.

In a hearing on 2 July part of the DBE’s argument held that they had not ‘refused’ the NSNP, yet based on research conducted by EE and SECTION27 they had continuously failed to do so.

The DBE also argued that the NSNP was not part of educational legislation despite a conditional grant being granted to the department for this exact purpose.

In her judgment however, Judge Potterill said that the Minister of Basic Education, Angie Motshekga, had a constitutional and statutory duty to ensure that the National School Nutrition Programme (NSNP) provides a daily meal to all qualifying learners. Judge Potterill said that by not doing this, the minister and basic education MECs were in breach of those constitutional and statutory duties.

The judgment further declared that “The Minister is ordered without delay to ensure that the NSNP is implemented in such a manner that it provides a daily meal to all qualifying learners, to ensure the proper exercise of the rights of learners to education and to enhance their learning capacity, whether they are attending school or studying away from school as a result of the Covid-19 pandemic.”

On the matter of Minister Motshekga saying that the department would not be able to roll out the NSNP to all learners, Judge Potterill, said that “The Minister’s does not justify why from 8 June 2020 it was reasonable not to roll out the NSNP to all the learners. It is common cause that the funding of the programme is not in issue. In the papers there is no averment that it is logistically impossible…The NSNP not being executed deprives indigent children of a basic right, food, and simply could not be justified.”

The judge went on to further issue a supervisory order stating

“The Minister is ordered within 10 days to file at this Court under oath, and provide to the applicants, a plan and programme which she will implement without delay so as to ensure that the MECs carry out without delay their duties referred to above, and which address the following matters:

Of the desperate and heartbreaking affidavits submitted by learners, parents, teachers and SGB members the judge said “The affidavits make it clear that hunger is not a problem, hunger is an obscenity”

In a joint statement released on Friday 17 July EE, EELC and SECTION27 said, “We welcome the judgment for its recognition that the constitutional rights to basic nutrition and basic education are inextricably linked, and celebrate this as a victory not only for over nine million learners, but for the millions of households whose food security has been gravely compromised due to the Covid-19 necessitated lockdown. For learners to receive meals at school will ease the strain on caregivers – many of whom have lost their income and are struggling to put food on the table.”

The NSNP was suspended on 13 March thrusting millions of learners into hunger as many of them relied on the school meal as their only meal of the day. SECTION27 and the Equal Education Law Centre (EELC) filed urgent papers in the North Gauteng High Court on Friday, 12 June 2020, in a desperate attempt to address the dire situation in poor schools where nine million learners are not receiving food at school as the Covid-19 lockdown put a stop to this.

“Hunger is not an issue of charity, but one of justice.” said Judge Potterill. DM/MC