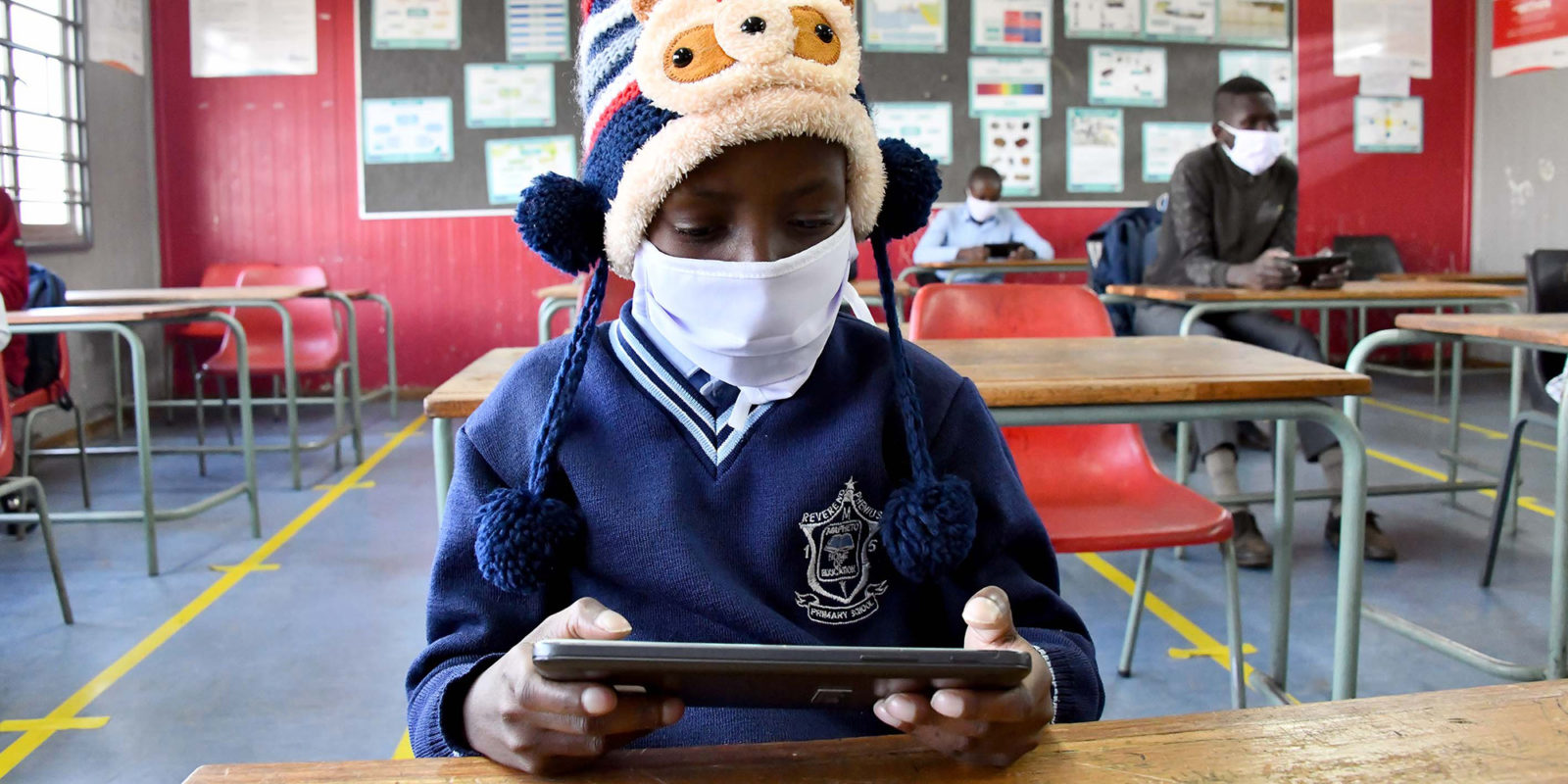 Pupils in their classroom at Rev. A Mapheto Primary School in Tembisa, Gauteng on 08 June 2020. (Photo: GCIS/Elmond Jiyane)

As South Africa heads towards its Covid-19 peak, teacher unions are seeking to have schools closed until the virus’s spike has subsided. Consultations are ongoing, with the Department of Basic Education saying schools will remain open until further notice.

In his address on Sunday, President Cyril Ramaphosa confirmed that South Africa’s coronavirus storm is looming. Now, two major teacher unions are calling for the reclosure of schools.

The SA Democratic Teacher Union (Sadtu) and the National Professional Teachers’ Organisation of SA (Naptosa) have come out in full support of the reclosure of schools, a call that started nearly three weeks ago supported by the Congress of South African Students (Cosas), mainly in the Western Cape, and the Education Union of South Africa (EUSA).

Collectively, Sadtu and Naptosa represent a significant proportion (75%) of the educator workforce in the country.

“All evidence on the ground is that there is no effective teaching and learning that is taking place under the current conditions. The pandemic has led to a pandemonium in the education sector and this can be linked to the lack-lustre leadership that we have been experiencing from the Department of Basic Education at various levels,” Sadtu said in a statement.

The union said its decision to recommend school closures was informed by several concerns like the evolving science of the virus – with the latest developments from the WHO noting that the virus could be airborne, especially in poorly ventilated rooms.

Another concern, the union said, are the inconsistencies noted in the application of the standard operating procedures (SOPs) and the department of health’s incapacity to respond to needs set out in the SOPs.

“The other health issues related to the SOPs and its applications were isolation and quarantine periods and the secrecy around contact persons and those infected which in itself was exacerbating the transmissions,” the statement reads.

According to Naptosa, there are grave psychological effects suffered by educators, education support personnel and learners with the exponential increase in daily infections. Additionally, the union said, positive Covid-19 infections in schools have become a daily occurrence, which makes it difficult to keep schools open.

Cosas, the student organisation, started shutting down schools in Cape Town from 14 June in a bid to compel the department of education to make Covid-19 testing compulsory for learners, educators and all school personnel before they return to school.

The student body threatened to shut down schools in the country. Some schools, mainly affecting Gauteng and Western Cape, were disrupted.

Daily Maverick previously reported that EUSA is concerned that the department has ignored warnings not to reopen schools until September 2020. The union’s spokesperson, Kabelo Mahlobogwane was quoted saying:

In response to the union’s calls, the Department of Basic Education said on Wednesday morning, in a statement, they are having broad consultations with all stakeholders in the education sector.

“The purpose of these meetings will be to obtain input on the issues regarding the peak of the Covid-19 pandemic as it relates to schools.”

However, in another notice sent out to teacher unions from the minister’s office, a meeting that was set to take place on Wednesday between Minister Angie Motshekga and teacher unions was cancelled “due to the minister’s consultations within the sector”. A new date and time would be announced.

Additionally, the department said these engagements will inform the minister’s proposals to the Cabinet during the weekend.

The department also reiterated that the Cabinet took the decision to reopen schools “after extensive consultation which culminated in the phased approach… Schools remain open until further notice”.