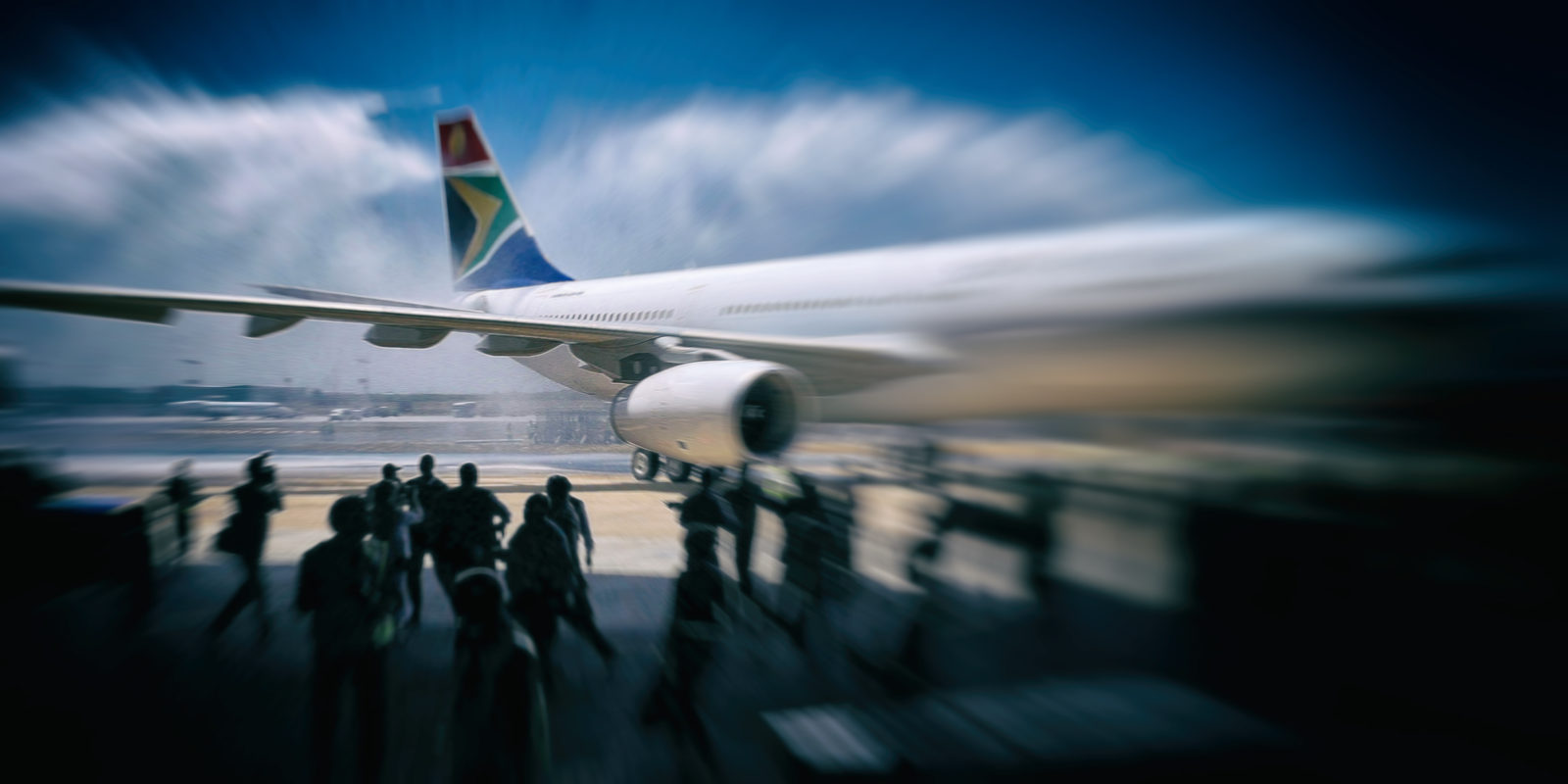 About 86% of creditors have voted in favour of the SAA business rescue plan, meaning that the airline will, for now, avoid liquidation. Meanwhile, Philip Saunders is the new SAA interim CEO. He becomes the fourth SAA CEO in five years.

A majority of SAA creditors have voted in favour of implementing a plan to restructure the troubled airline and momentarily saving it from the worst-case scenario of liquidation.

It emerged at a crucial meeting of SAA creditors on Tuesday, 14 July 2020 that 86% of the airline’s creditors voted in favour of the business rescue plan – passing the 75% approval threshold that is required by the Companies Act. The Act provides for business rescue proceedings, which is an attempt to rehabilitate financially distressed businesses.

It is assumed that commercial banks, which are owed R16.4-billion by SAA and stand to be paid all amounts owed through the business rescue process, voted in favour of the rescue plan. In a coalition, commercial banks had a 65% voting power at the creditors’ meeting.

At the same meeting, acting director-general for the Department of Public Enterprises, Kgathatso Tlhakudi, confirmed the appointment of Philip Saunders as the SAA interim CEO. The department is the sole shareholder of SAA.

Saunders replaces former SAA CEO Zuks Ramasia, who took early retirement on 14 April 2020, less than a year after she was appointed to the top job. Saunders, who has been with SAA for nearly a year as he was appointed as the airline’s chief commercial officer in August 2019, becomes the fourth SAA CEO in five years.

Saunders will have to assist the SAA business rescue practitioners, Siviwe Dongwana and Les Matuson, to implement the newly approved rescue plan.  The plan’s approval means that Dongwana and Matuson can proceed with restructuring the airline by cutting 2,700 jobs and offering affected workers retrenchment packages worth R2.2-billion. If the restructuring plan was rejected by creditors, SAA would be closer to liquidation, which would imply its death.

Fight with the National Treasury

The key test over the next few days is whether the National Treasury will agree to shell out more money (taxpayer funds), to fund the restructuring of SAA, which is one of the pre-conditions for implementing the business rescue plan.

A restructured SAA will still depend on public finances, as a total of R26.7-billion – of which R10.3-billion is new money – will be required to settle the airline’s debt, to fund the restart of its operations, and pay retrenchment packages to workers and creditors, whose debt is not guaranteed by the government, including aircraft lessors.

Dongwana and Matuson have set a 25 July 2020 deadline for the Treasury to indicate whether it will fund SAA. If funding for SAA is not freed up at the deadline, Dongwana and Matuson will be forced to declare that SAA has no reasonable prospects of rescue, bringing the airline to the brink of liquidation.

But the Treasury is not prepared to fund an airline that last turned a profit in 2011 and has enjoyed government bailouts amounting to roughly R57-billion since 1994. The Treasury recently said in Parliament that there will be no more bailouts for SAA and the airline should be closed.

This will likely pit Treasury officials and Finance Minister Tito Mboweni against Public Enterprises Minister Pravin Gordhan, who wants SAA to be rescued at all costs.

Public enterprises’ Tlhakudi has taken umbrage to suggestions that SAA is a “vanity project” at a time when public finances are deteriorating due to the Covid-19 pandemic.

“The restructuring of SAA is a project that has been taken on behalf of the democratically elected government. The project has been reflected in some quarters as a vanity project of the Department of Public Enterprises or that of National Treasury – this is far from the truth. The reemergence of SAA is good for the country,” he said at the creditors’ meeting. Tlhakudi added that the process of appointing a transaction advisor, which will help the government seek strategic equity partners for SAA, is being concluded.

The announcement of equity partners for SAA and its various business units will be announced soon, he said. DM/BM