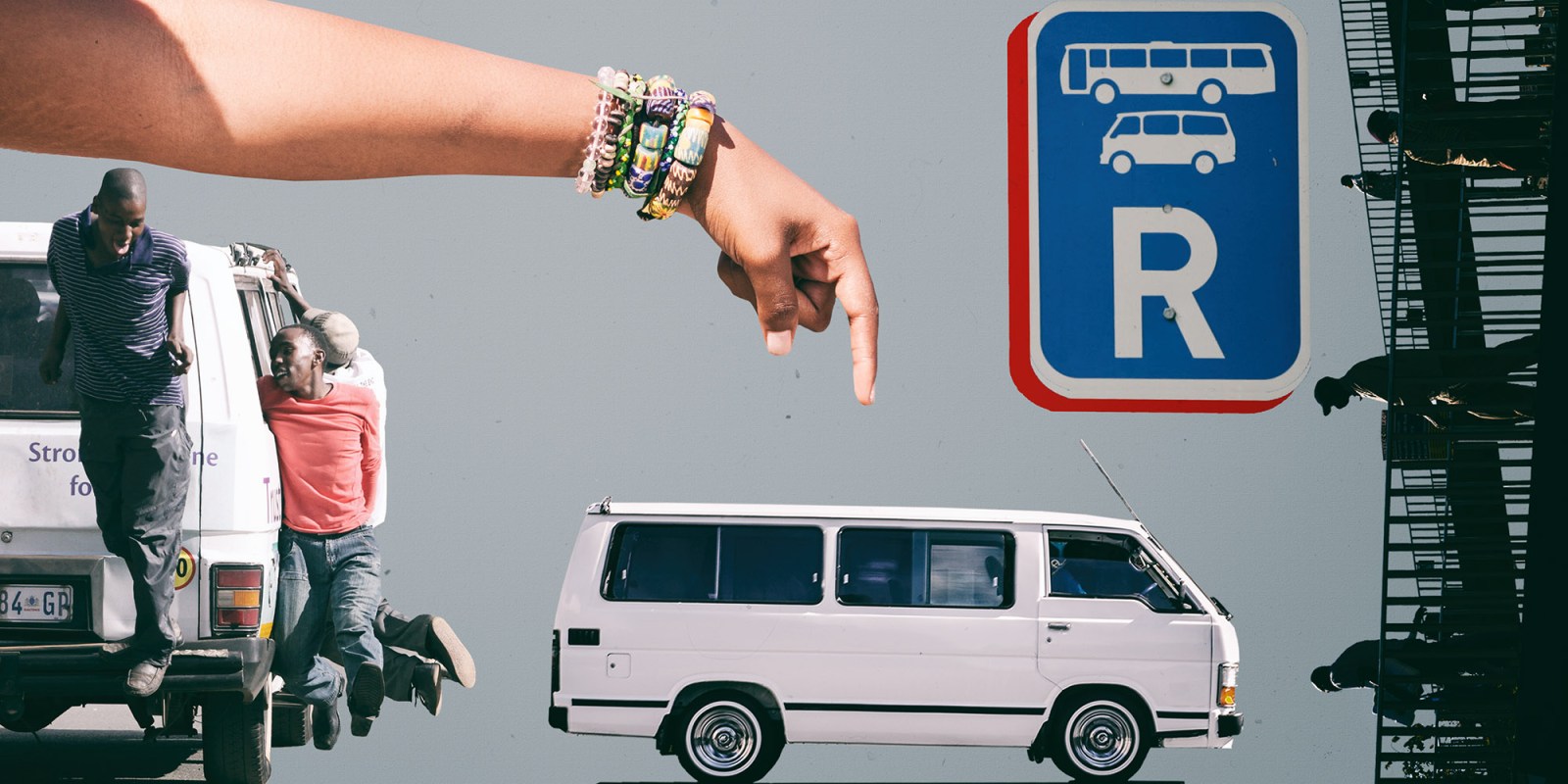 It would seem unarguable at this point that the government has given in to the taxi industry.

President Cyril Ramaphosa’s announcement on Sunday 12 July that minibus taxis will now be allowed to run at 100% capacity appears to be a demonstration of both the relative weakness of the state and the power of the mass transport industry. It also shows how important this entire sector is to our society, and how difficult it is to control or police it.

The strength of the industry may well lie in its very structure, and the way it operates, making it difficult for the government to enforce its will. This many-decades-in-the-making-thousand-headed-hydra could now play a deadly role in the spread of Covid-19.

The coronavirus pandemic has exposed many of the strategic centres of power in our society. It has demonstrated how, in national government, the political might is right, while opposition parties can be reduced to mere spectators. It has demonstrated how, despite their financial strength, both the tobacco and the alcohol lobbies cannot always have their way. But it has also shown that the government’s hand can be forced – by the taxi industry.

The beginning of this current showdown lies in the limitation placed upon the drivers during the lockdown, forcing the drivers to only load up to 70% capacity. Most taxi operators will only start breaking even at about that point, and they need to run at something close to 100% capacity to actually make money. It is for this simple business reason that there is so much overcrowding in taxis in the first place.

In response, the industry demanded compensation or relief, as other sectors have received during the lockdown. Transport Minister Fikile Mbalula (who was probably not enjoying his job quite as much as he used to by this point) came back with an amount of just over R1-billion. The industry said that was not enough.

When it comes to the taxi lobby, there are two main bodies in South Africa. The National Taxi Alliance tends to be more moderate, while the SA National Taxi Council (Santaco) tends to take a harder line.

Santaco then publicly told its operators to load their taxis at 100% and said that if any police officer pulled a taxi over for doing this, all taxis in SA would immediately pull over and stop operating. And for good measure, its Gauteng affiliates held a one-day strike just to ram the point home.

Taxi operators generally belong to associations. Those associations are then granted certain routes by provincial authorities. Their leaders are elected to their position and are often able to control revenue and resources. The more routes, the more money; the longer you stay in power, and alive, the more money.

It would seem unarguable at this point that the government has simply given in to the taxi industry.

In some ways, this is simply the politics of the possible. And, right now, it is not possible to force laws and regulations upon this industry, and everybody knows it.

The main reason that the government has not given in to calls for a stricter lockdown is to protect the struggling economy. And this is where the real power of the taxi industry lies – it can force a lockdown of its own.

There are around 200,000 minibus taxis operating in South Africa. The number of people they transport to work every day varies depending on who you ask. The government said on Monday that it is around 16 million people every day. If taxis don’t operate, those people don’t go to work and the economy suffers dramatically. Which means that any move which goes against their interests is likely to result in another lockdown over which the government would have little or no control.

Backing up this power is the threat of violence. It is implicit in this industry.

Taxi operators generally belong to associations. Those associations are then granted certain routes by provincial authorities. Their leaders are elected to their position and are often able to control revenue and resources. The more routes, the more money; the longer you stay in power, and alive, the more money.

The result has been violence between associations and sometimes between factions within the associations. This has led to the creation of an industry of hitmen for hire, based primarily, it seems, in KwaZulu-Natal. And this is where life gets very complicated for the government. In the past, conflict between this industry and busses has seen bus drivers and passengers being shot at and people ferrying friends to work stopped by taxi operators during strikes and intimidated into going home.

For the government, to take this on during a pandemic is a lose-lose game. There is simply nothing to win.

This appears to be creating a situation that borders on the ludicrous.

The best scientific evidence says that people should spend as much time outside as possible, and if they are inside, to be in well-ventilated areas. Speaking on Monday 13 July, Health Minister Dr Zweli Mkhize said that research in China suggested it was very important to have proper ventilation. As a result, if the windows of a vehicle were open, this would “drain the droplets from the car”.

The taxi industry is a good example of how difficult our society is to govern. It has all of the ingredients that make our society so tough; the legacy of apartheid, massive inequality and the resulting propensity for violence. All of these are difficult problems to solve, and become more acute during a pandemic.

It appears that as a result of this, the National Taxi Alliance now says that one of the agreements with the government is that they will drive with their windows open. And not just open, they will in fact ensure their windows are open by 5cm.

They also claim that the government has given an undertaking to provide “window jammers” that will be installed to keep these windows open.

One wonders what will happen if a police officer asks to inspect a “window jammer” and finds it is not a government issue?

The practicalities reveal how absurd this could all turn out to be. It is the middle of winter, and temperatures even without moving air are just above freezing on the Highveld in the early mornings, when the taxi traffic is at its highest. In the Western Cape there are storm warnings this week, with the Weather Service saying there could even be flooding.  In this context, a “window jammer” is simply not practical.

And it seems very unlikely that the government will be able to get someone to design such a thing and produce it in a short space of time, which means that the entire suggestion could turn out to be nonsense.

However, what other options are there? To shut down the economy, or to reach whatever compromise may be available?

At the root of all of this is a failure over the last 20 years to formalise the taxi industry. This would see the current associations replaced by taxi companies of some kind, with CEOs instead of association chairmen as accounting officers.

This would allow two things to happen. First, there could be a proper accounting of the industry for tax purposes and broad adherence to law. It is not true, as some claim, that the industry does not pay tax. But it does seem that in what is a cash business, SARS is unlikely to be getting its fair take. Second, it would allow the government to finally introduce a subsidy. This has been a demand from the industry for many years.

This would allow provincial governments to finally provide some kind of help to commuters. At the moment, in Gauteng, this subsidisation is under serious consideration. But because the industry is not formalised it cannot be introduced. Instead, officials suggest that they could introduce a system that would see commuters being subsidised rather than the industry. The industry would still benefit, because commuters would pay the subsidy they receive through to taxi operators. But even that may be too cumbersome for what it is supposed to achieve.

The taxi industry is a good example of how difficult our society is to govern. It has all of the ingredients that make our society so tough; the legacy of apartheid, massive inequality and the resulting propensity for violence. All of these are difficult problems to solve, and become more acute during a pandemic.

And like so many of our other related problems, it seems unlikely that there will be any significant positive change in the near future. DM