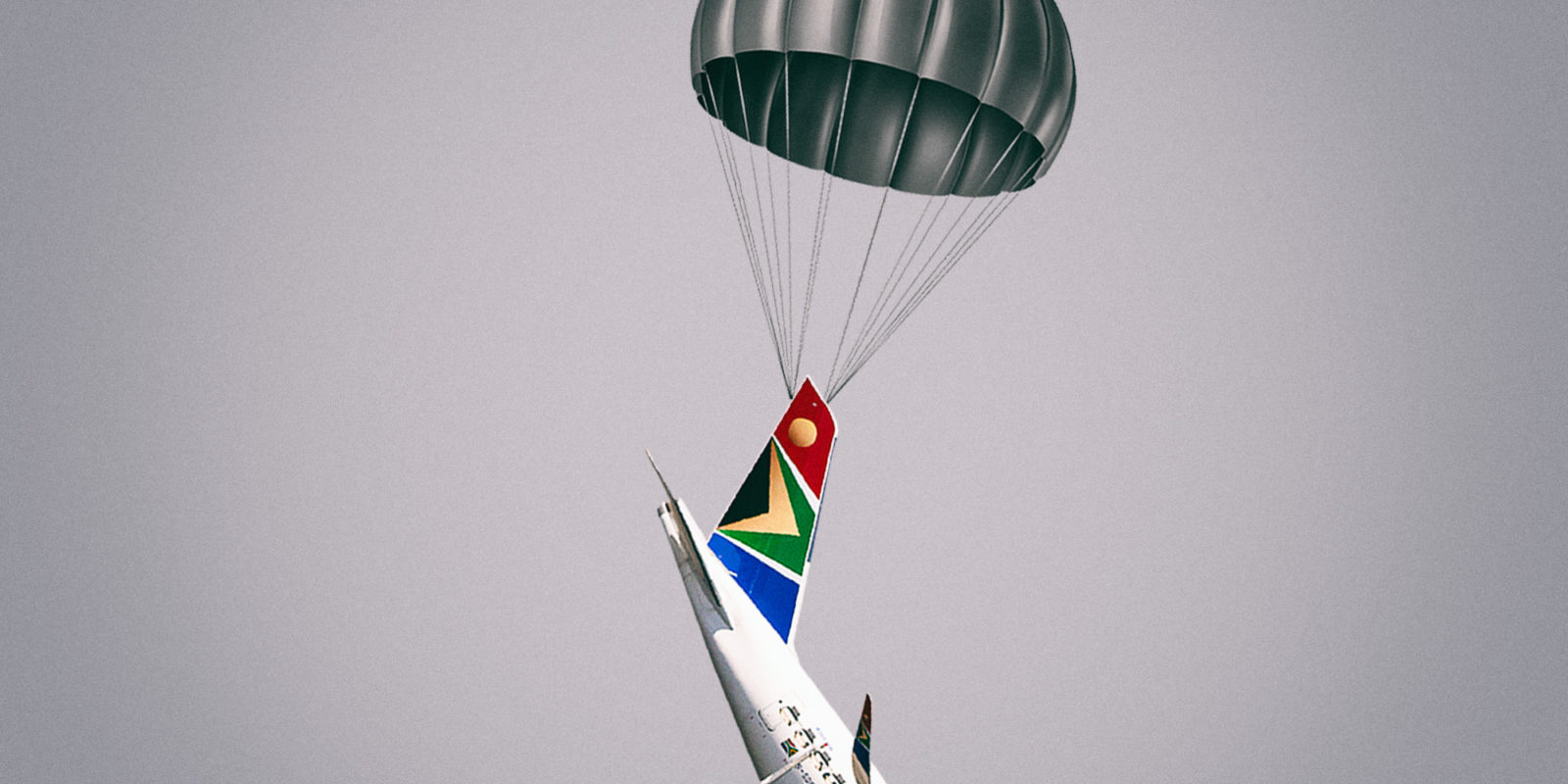 What is the point of throwing everything at SAA when the rest of the air transport system and entire industries upon which SAA depends are collapsing?

The statement by the Department of Public Enterprises (DPE) on Monday 13 July, urging creditors to approve the proposed SAA business rescue plan, is like asking turkeys to vote for Christmas. Its fixation with SAA also ignores much bigger issues.

The proposed plan, which creditors will be asked to vote on today (Tuesday 14 July), envisages the rescued SAA turning a profit only after three years, based on what, in the current local and global environment, can only be described as extraordinarily and wildly optimistic assumptions.

This is a convenient time-frame, as the plan also says trade creditors will be paid 7.5c for each rand they are owed, over the same three years, IF money is available. If those assumptions are wrong and SAA fails to hit the rescue plan’s projections, then they get nothing.

This must surely be a worry for employees as the voluntary severance benefits the DPE has promised employees will also crumble to dust.

The banks are unaffected by whatever happens to SAA. Their loans are government-backed, so they’ll be paid out in full, regardless. However, many of the creditors bank with and borrow from the same institutions and they may want to think twice before voting in favour of the SAA rescue plan if it prejudices their loans and ongoing business with other creditors. The lenders have nothing to lose, but more to gain, by rejecting the plan in its current form.

The plan, as pushed by the DPE, not only requires that SAA’s creditors take a bath, but as well-run, compliant and patriotic businesses that pay taxes, create jobs and deliver economic benefit to the country, they get a double whammy because, ultimately, it is South Africa’s taxpayers who will be footing the bill for the rescue and however many years of losses the carrier incurs.

There is no doubt that South Africa needs a locally domiciled airline capable of connecting our country with long-haul markets. This ensures local jobs are created, revenues are kept inside the country and taxes on its earnings would be paid here. In our present circumstance, we should interrogate whether this role should be performed by a state-owned airline.

The government rightly argues that thin and marginal markets should also be connected. But does this require a state-owned airline? There are plenty of instruments governments elsewhere employ to ensure that thin or marginal markets are connected while deriving the fiscal and economic benefits, but without having to spend taxpayers’ money owning and operating an airline. There are many models South Africa could adopt or adapt.

For instance, the US has its Essential Air Service programme while various OECD countries, including Canada, Australia, Japan, Norway, Sweden and the UK have all developed their own measures to ensure domestic connectivity for thin or marginal routes in air transport markets that have been deregulated, just as South Africa’s was in 1991.

Ownership and control have been a contentious topic for years. Compared with all other sectors in South Africa’s economy, the airline industry is a rarity because foreign ownership is restricted to 25%, which excludes it from meaningful foreign direct investment. However, it does present opportunities for local investors.

Over the past three weeks, the DPE has indicated that it is open to relinquishing control over SAA to equity partners, adding that it has received several “unsolicited expressions of interest” in the airline. Quite how serious or credible these are remains to be seen. The  DPE’s comments on this suggest government is no longer ideologically wedded to full state ownership and control; in which case, why not liquidate it and let investors take the risk and start a new airline?  Why burden taxpayers with more than the R16.4-billion that has already been pledged by Treasury to settle outstanding loans and interest?

What is the point of throwing everything at SAA when the rest of the air transport system and entire industries upon which SAA depends, are collapsing?

The big banks, which also rely on retail deposits and loans, should be asking themselves the same questions before rushing to back a plan that will abuse the taxes they pay in addition to those paid by their hardworking and long-suffering retail clients.

If there genuinely are investors lining up to buy SAA or stakes in it, it will be fascinating to see how compatible the political notion of a “development role” will be with investors, whose mandate is to achieve better returns on investment than they would earn elsewhere.

In its deliberations on SAA, the government must not lose sight of the other spending priorities and demands on the fiscus. Top of the list is ensuring the health authorities are sufficiently resourced to treat patients infected with Covid-19. Equally crucial is providing social welfare relief to the neediest.

But high among the priorities is the need to provide and disburse financial relief across South Africa’s entire air transport and tourism industry. Right across the spectrum, cash-strapped airlines, ground handlers, airports, air traffic management and meteorological services, as well as the country’s aviation safety regulatory authority, are in a desperate state. So too are the hospitality, conferencing, rental car, coach, restaurant sectors and all of the other elements of the tourism industry.

What is the point of throwing everything at SAA when the rest of the air transport system and entire industries upon which SAA depends, are collapsing?

The government talks a good talk about tourism being a major jobs engine for South Africa, but without a healthy air transport industry and system, tourism will wither on the vine. The same applies to manufacturing, agriculture and trade. All of these are essential to South Africa’s economic rejuvenation and all depend on a safe, efficient and competitive air transport sector.

We need to ask if the government is suffering from tunnel vision and if this issue is not of such national importance to warrant it being put to a referendum? BM/DM

Linden Birns is a former aviation industry journalist and author. He is a frequent commentator on the industry and advises clients in the air transport and aircraft manufacturing industry.

A 45kg person on Earth would weigh just over 1.3kg on Pluto's moon Charon.