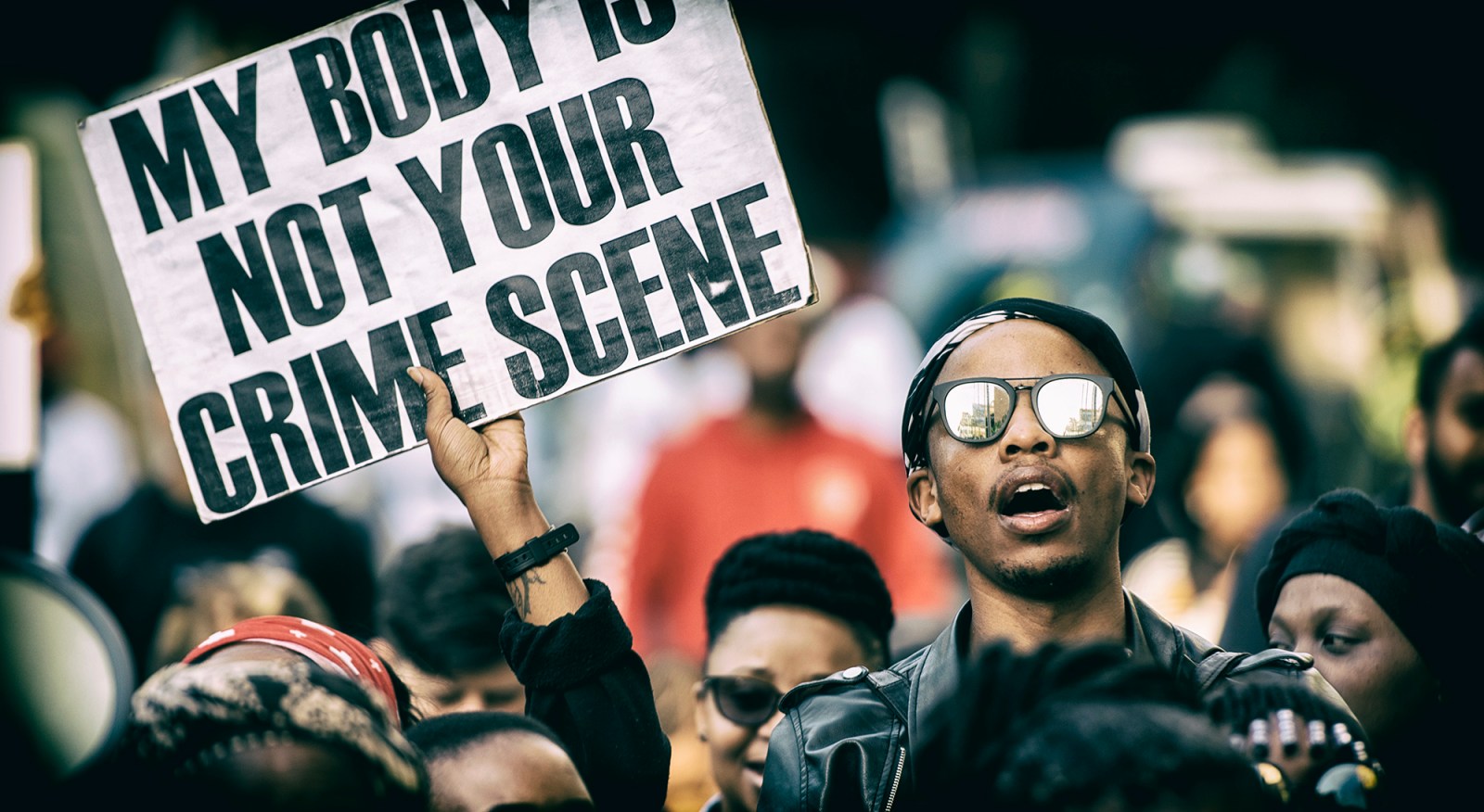 Global innovations during the Covid-19 pandemic can help South Africa improve the safety of women and children.

On average, 856 women and 321 children were murdered over 107 days in 2018/19, according to South African Police Service (SAPS) crime statistics. In response to the Covid-19 pandemic, the country has now been in some form of lockdown for 109 days, although we don’t know how many women and children have been murdered in this period.

Due to media reports however, we are painfully aware of the high-profile cases of Tshegofatso Pule, 28, and Naledi Phangindawo, 25, whose brutal killings last month made international headlines and sent shockwaves through the country.

A functioning criminal justice system can play an important role in ensuring that victims of gender-based violence are able to access justice. In South Africa, Covid-19 is both undermining the functioning of the justice system and bringing its shortcomings that preceded the pandemic into focus. The country could use this opportunity to become more innovative in its response to gender-based violence.

In the past few months, the police, prosecution service and courts have been put under unprecedented strain. This has exacerbated the challenges already faced by victims of gender-based violence in accessing justice.

As a reactive and blunt instrument, the police and courts aren’t the solution for dealing with this type of violence. The focus should be on changing patriarchal attitudes and behaviour, particularly in the context of how the country’s history of violent racial oppression has affected men’s identities. Still, there’s much more that the police, prosecutors and courts can do to help gender-based violence survivors.

The police are often the first responders in murder or severe assault cases, and are responsible for gathering evidence, ensuring survivors obtain medical treatment and finding them suitable accommodation. Research on domestic violence shows that some police stations don’t adequately respond to victims. They still lack dedicated and trained personnel to attend to such matters and to give victims legally correct information and other support.

African National Congress Member of Parliament Claudia Ndaba said she’d received reports from women during lockdown who described how they were victimised and humiliated by some police officers. The women said other police weren’t always willing to help them. Ndaba was chairing the Commission for Gender Equality’s 2020/21 Annual Performance Plan meeting.

These policing problems have been aggravated by the pandemic. By early July, 36 police officers had died from Covid-19 and over 5,000 were infected. Several police stations have closed as SAPS officers tested positive.

As lockdown regulations are eased, there may be an increased demand for support services from survivors. This is because the factors that drive gender-based violence haven’t changed during the pandemic. The police are among these services. They should be on high alert to address potential increases in violent crimes and to help those seeking their protection and support.

Alcohol is one of the key drivers of gender-based violence, and since lockdown restrictions on alcohol sales were lifted, trauma cases linked to alcohol consumption have increased. Sindile Nkabinde, a Control Prosecutor at the Hillbrow Magistrate’s Court in Johannesburg, told ISS Today she’d seen a drop in the number of domestic violence cases while the alcohol ban was in place.

“The day after sales were opened, I received 10 cases of assault and related matters not limited to domestic violence,” she said. In many cases the victims told her their partner was fine when they didn’t drink, but became violent when they did.

Covid-19 has also had far-reaching implications for the prosecution service, and these are likely to continue for months to come. Justice Minister Ronald Lamola said the courts had registered a substantial decline in the number of new applications for domestic violence protection orders. These went from 22,211 new applications in January to 18,112 in February and 10,262 between 26 March and 30 April.

Nkabinde said one of the main reasons victims withdrew charges and didn’t seek protection orders was the pressure placed on them to settle the matter in the family. Another key reason was that victims were often financially dependent on the perpetrator.

In recent months, the optimal operation of the courts has been disrupted as several magistrate’s courts, as well as the justice department’s head office in Pretoria, have been closed for decontamination following Covid-19 cases. Addressing the provincial legislature in May, Gauteng Community Safety acting department head Sipho Thanjekwayo said magistrate’s courts weren’t functioning optimally during early stages of lockdown, forcing matters to be postponed.

He also noted that there was “an inability to properly coordinate [gender-based violence] cases which had been withdrawn because officials were unable to travel to various courts”.

‘Covid has created a massive backlog in the finalisation of our cases,’ said Nkabinde. “There have been sporadic outbreaks of positive cases in police stations, courts as well as the Johannesburg prison… members of the public and police alike have to come to us and this is how the virus keeps circulating.”

The pandemic has led to innovations in other parts of the world and South Africa could learn from these. In India, police are following up telephonically with those who have previously reported this crime. In France and Spain, early-warning systems in shopping centres and pharmacies enable domestic violence victims to get help by using code words such as ‘Mask 19’, and access counselling and help with reporting. In Columbia, courts have automatically extended protection orders that were due to expire.

The United Nations Office on Drugs and Crime has identified other innovations such as special hearings and mobile courts that deal exclusively with gender-based violence cases. It also uses social media to publish messages on how the criminal justice system is responding to such violence during Covid-19.

South Africa should take heed of these initiatives and start implementing those that can be adapted to local conditions. At least then the pandemic will have resulted in some positive outcomes for the ability of gender-based violence survivors to access justice. DM