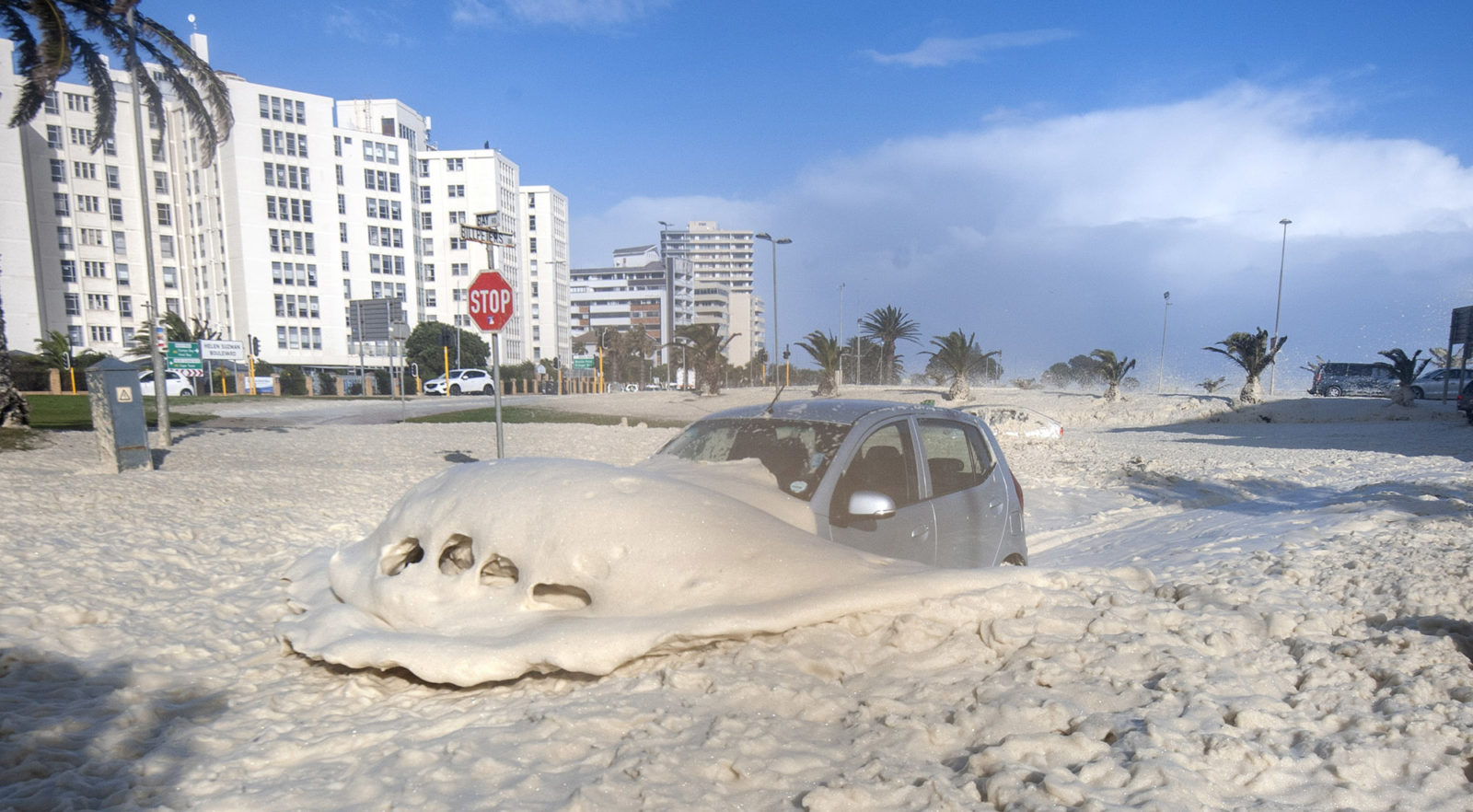 Huge waves up to 11 metres battered Cape Town coastline . At Three Anchor Bay  and all along the Atlantic seaboard , huge foamy waves crashed  over the barriers and onto the road covering cars as they drove past . Some motorists  even drove their vehicles through the foam (Photo:Brenton Geach)

After being hit by two cold fronts last week, a fresh front tore through the Western Cape from late on Sunday night. Gale-force winds and heavy rains uprooted trees, caused flooding and power outages in some areas, with disaster management on high alert and mopping up operations underway to mitigate risks. On the positive side, the Western Cape government reported that dam levels for the province increased from last week by 8% to 53% in total. Cape Town dams are at 73% full. Here are scenes from three Cape Town city areas.