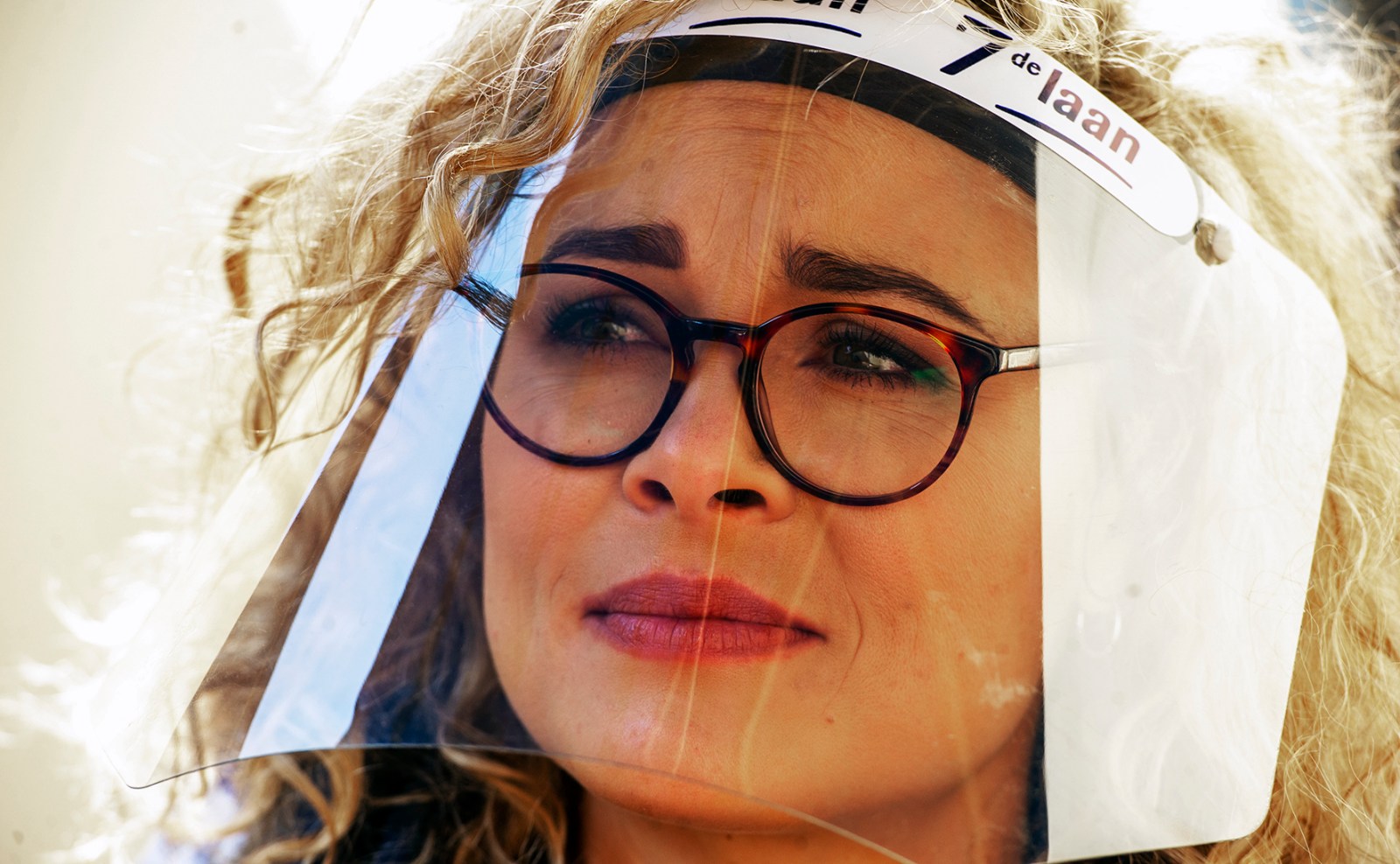 Actors have been hard hit by the Covid-19 pandemic given physical distancing requirements which make it near impossible for them to perform. Above, Reandie Grey, who plays Esti on 7de Laan. (Photo:Gallo Images / Rapport / Elizabeth Sejake)

The Performers’ Protection Amendment Bill and the Copyright Amendment Bill present a revolution for SA actors who have, for years, petitioned government for meaningful economic transformation of the sector.

South African actors have been left reeling after President Cyril  Ramaphosa’s decision to send back to Parliament the long-awaited Copyright Amendment Bill and Performers’ Protection Amendment Bill, which had provisions in place for actors to be paid prospective royalties for their work, once regulations kicked in.

Actors have been hard hit by the Covid-19 pandemic given physical distancing requirements which make it near impossible for them to perform. Royalties would have provided an income to actors left stranded by the current public health emergency.

In a letter dated 16 June 2020, Ramaphosa referred the CAB and PPAB back to Parliament for further consideration, because the bills may not “pass constitutional muster and may therefore be vulnerable to constitutional challenge”.

The Copyright Amendment Bill, drafted by the Department of Trade and Industry, amends the outdated Copyright Act of 1978. This was realised after a decade-long process of consultation. The Performers’ Protection Amendment Bill amends the outdated Performers’ Protection Act of 1967 and it specifically targeted gaps in the old legislation that did not provide for, among others, economic and moral rights for actors.

Moral rights protect the actor against the distortion or mutilation of their image and performance, as was the case in the controversial 2012 US movie The Innocence of Muslims. Performers in that production were led to believe that they were performing in a desert adventure film titled Desert Warrior, but after excerpts of the film were dubbed and edited, the final product bore little resemblance to what the performers had signed up for. Their performances were substantially distorted to the point that their contributions to the film were effectively misrepresented. The final product was so offensive to the Muslim world that performers received death threats, while riots broke out across Middle Eastern countries.

The economic rights of the Beijing treaty make provision for actors to earn a residual income in the form of royalties. Typically, an actor earns only on the delivery of their performance regardless of how many times the film or TV series is downloaded, licensed or viewed around the world. The 1985 SABC TV series Shaka Zulu portrayed a majestic Henry Cele in the title role, but while the series itself won international acclaim and earned an estimated R5-billion globally, Cele was penniless when he died in 2007 at the age of 58.

The president’s decision to refer the Copyright Amendment Bill and the Performers Protection Bill back to Parliament is a blow to local actors, who are among the vulnerable in the creative sector.

For hundreds of South African actors who have featured in movies and TV series distributed around the world, a residual income would have sustained them in a meaningful way during the lockdown that still holds the film and TV production sector in its unrelenting grip.

The Performers’ Protection Amendment Bill and the Copyright Amendment Bill present a revolution for South African actors who have, for years, petitioned the government for the meaningful economic transformation of the sector. Actors point out that there should be no valid reason for statutory remnants of the apartheid economy to continue to deny them remuneration rights which are enjoyed by actors around the world.

In South Africa, actors are considered freelancers. This means they are not protected under any existing labour laws such as the Basic Conditions of Employment Act and cannot, for example, negotiate for leave, overtime, maternity leave, lunch breaks or days off for family responsibility. As freelancers, actors are not protected under the Labour Relations Act, which means organising through a union and negotiating through collective bargaining is an unattainable option.

Dispute resolution is a prohibitively complex and costly affair for freelancers, as they are unable to bring their grievances before the Commission for Conciliation, Mediation and Arbitration (CCMA) – a mechanism available to workers contracted as “employees”. The vulnerability of freelancers has been recognised by the government, which is why, in November 2019, Minister of Employment and Labour Thulas Nxesi gazetted his intention for freelancers working as actors, cast and technical crew in audiovisual film, television and live theatre to be deemed employees under certain provisions of labour law.

The president’s decision to refer the Copyright Amendment Bill and the Performers Protection Bill back to Parliament is a blow to local actors, who are among the vulnerable in the creative sector.

Ramaphosa’s decision suggests that Parliament may not have considered the constitutionality of the bill correctly, or that MPs may have lapsed in their judgment and did not do so properly. The National Assembly’s responsibility will now be to review the constitutionality issues raised by the president and take the matter further. This means that all stakeholders will have to wait for some time before the CAB and PPAB are resolved, especially in the context of lockdown conditions.

As the South African Guild of Actors, we have actively campaigned for the signing of the bills into law and we believe that Parliament exercised sound judgement in its consideration of the constitutionality of the bills and should send them back to the president to sign into law. DM/MC

Jack Devnarain is the chairperson of the South African Guild of Actors and a member of ReCreate. Linda Daniels is a Bertha Scholar and research fellow with ReCreate.