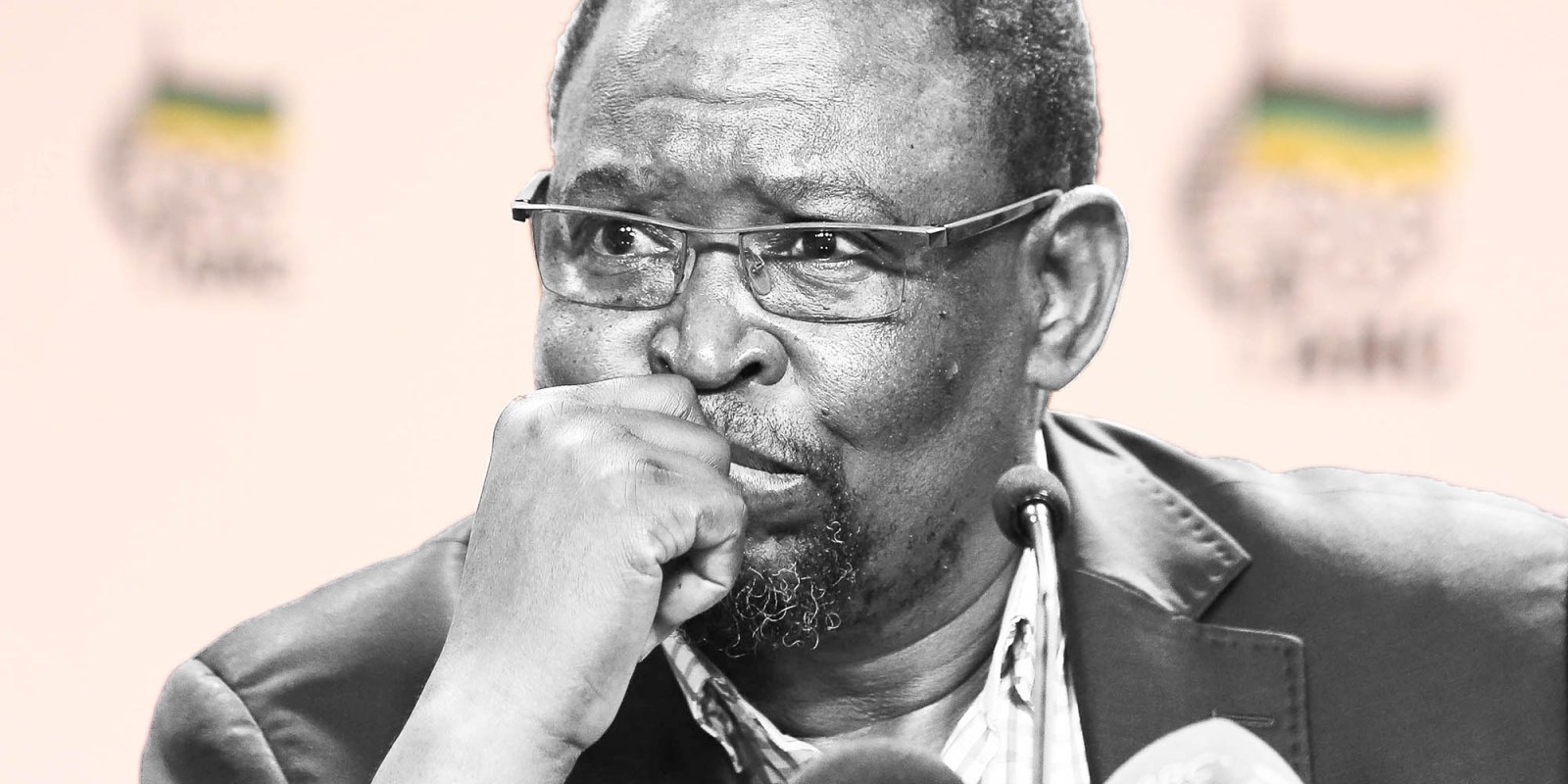 The ANC revealed its discussion document on post-pandemic economic renewal on Friday. It suggests that pension funds take over certain restructured Eskom assets, and that the Reserve Bank be owned entirely by the state.

Everything about the 30-page document titled, “Reconstruction, Growth And Transformation: Building a New, Inclusive Economy”, points to the party heralding a new start – but much of it is built around the ANC’s existing policies.

The document, which has been circulating since Thursday, was formally launched by the head of the ANC’s economic transformation committee, Enoch Godongwana, on Friday afternoon. According to an ANC statement, “various sectors of society as well as the general public” would be engaged.

The proposals are, therefore, still up for debate, and judging from previous responses, it will be a heated one.

The cautious nationalisation of the SA Reserve Bank – “in a manner that does not unfairly enrich certain private SARB shareholders who seek to abuse the situation” – and solutions to Eskom’s debt crisis, “including the possibility of pension funds being mobilised to take over certain restructured Eskom assets”, have been controversial issues in the past, even within the ANC itself.

Labour unions have been at odds over the pension fund question, too, with the Congress of South African Trade Unions in favour of the use of at least some of the over R2-trillion held by the Public Investment Corporation on behalf of the Government Employees Pension Fund to cut Eskom’s debt. Solidarity, on the other hand, is hoping to use the courts to stop this.

A partnership between the state and the private sector

Not everyone is on the same page when it comes to the question of how to go about building a fast-growing, more resilient and more inclusive economy.

The ANC envisages the state playing a bigger role in the economy, while the private sector previously indicated they also have an important part to play – especially given the way business has come to the party after lockdown started in March.

In the discussion paper, the ANC envisages, as a first pillar, a massive, infrastructure-led recovery which will include expanded public-private partnerships and a strengthening of the District Development Model, with focus on the local government level. (This model was, incidentally, attacked with much suspicion  by the DA who said it could be part of a “top secret” ANC power grab.)

The second pillar on which the new policy framework is to be built, is the investment in “key productive sectors like agriculture, manufacturing, mining, tourism and other services”. This will include expanding digital migration. The expansion of the country’s productive sectors will be accelerated through increased international trade, especially with other African countries.

Reaching into the past for solutions

The proposed plan draws inspiration from two documents: the Mandela-era Reconstruction and Development Programme (RDP) and the National Development Plan (NDP), an extensive vision for 2030 drawn up during the Zuma administration but never properly implemented largely due to a lack of political will.

The RDP, which was quietly abandoned in favour of the neo-liberal Growth, Employment and Redistribution (GEAR) programme after Nelson Mandela stepped down as president, “envisaged that through implementing effective programmes to address the basic needs of our people, we would build a new economy” through a structural transformation of the old one.

The discussion document says that, despite progress, “South Africa continues to have an economy with two vastly different lived experiences – one poor and mainly black, and one rich and mainly white”, and the Covid-19 crisis has brought this to the fore.

The ANC’s post-Covid-19 recovery plan calls for the establishment of an infrastructure development agency, which would be mainly involved in planning and coordination. The private sector, meanwhile, would be required to do the actual construction work.

Recognising the damage done by corruption and poor implementation, the document states that projects should be “sustained over a number of years”, and “not be allowed to stop and start as a result of political influence and the paralysis of vested interests”.

It acknowledges that a lack of sustained development has led to job losses and de-industrialisation – seen, for instance, in the collapse of wind turbine and solar panel factories.

A breakdown of crucial interventions

Areas of intervention are discussed under the headings of water and sanitation; roads; energy; public transport; freight and logistics; aviation (no mention of South African Airways); municipal infrastructure and urban and rural renewal; human settlements; health and education.

Despite Covid-19 and the shortcomings in basic healthcare that the pandemic has exposed, the paragraph on health is short. It calls for the establishment of a state pharmaceutical company, as well as a greater focus on improving public hospitals “as a step towards speedier implementation of the National Health Insurance”.

Sectors for priority interventions are discussed under several headings. Under agriculture and land reform, it calls for the speedy implementation of the NDP proposals for creating one million additional jobs in the agriculture sector by 2030.

It also calls for the release of land owned by the state for human settlements, agriculture and enterprise development, while the process of amending Section 25 of the Constitution around expropriation without compensation is still continuing.

Manufacturing – the “new focus of government” should be localisation, especially of medical supplies right now, and large-scale job creation.

Mining – this sector should be reoriented inwardly to support local beneficiation of minerals, while “regulatory disputes and uncertainties should be resolved with immediate effect to facilitate expanded investment in the sector”.

The green economy and green industrialisation – with the retiring of several coal-fired power stations in Mpumalanga, an economic zone focussing on renewables should be located there to alleviate the impact of job losses and the closure of coal plants.

Tourism – as the sector hardest hit by the Covid-19 lockdown, it should be “the major area of focus for economic reconstruction”, including the roll out of e-visas and a next round of scrapping of visas for tourists from certain countries, and a “tourism infrastructure project pipeline”.

Cultural and creative industries – the focus here is to get artists to do their business on digital platforms.

Regarding telecommunications and the digital economy, the document covers opportunities amid the fourth industrial Revolution, and pushes for the reduction of data costs and the rationalisation of telecoms state-owned enterprises.

The invigoration of small and micro-enterprises and cooperatives to reduce the dependency of the poor on government handouts and public employment programmes is also discussed, with the SMME Fund, which was jointly established with the private sector, being operationalised on a mass scale.

Where to find the money

In order to mobilise funds, the country cannot just rely on the fiscus, which is currently constrained, the report says. Instead, the state “should better coordinate monetary and fiscal policy, re-regulate aspects of the financial sector and mobilise funds from local and international development institutions”.

Monetary policy should be better coordinated with fiscal policy and “South Africa needs to deploy a wider range of pro-growth and pro-investment monetary policy instruments that are compatible with the reconstruction of an economy”.

State must own the Reserve Bank

The document goes on: “The Covid-19 crisis has provided a clear indication of the role the monetary authorities can play in injecting resources into the economy and in using bond purchases to stabilise capital markets and put downward pressure on longer-term interest rates.” The ANC says here that it is of the view that the “constitutionally-independent SARB should be fully state-owned”.

The document also envisages an increase in competition in the banking sector and the establishment of a State Bank which “must be able to access different forms of capital, in addition to taking deposits”.

Job creation, which was a problem before Covid-19, is even more crucial now. The ANC proposes the creation of a job creation scheme in conjunction with the Public Works Programme.

Policy should support industries that “rapidly absorb employment” and construction should use labour-intensive methods, while skills development is also emphasised. The creation of mass employment opportunities should be linked to infrastructure development and social programmes, such as waste collection and schools.

Half a page is dedicated to explaining how South Africa should increase trade with the rest of the continent, and how the African Continental Free Trade Area agreement should be speedily implemented. Due to the Covid-19 pandemic, the launch was postponed to the beginning of next year.

The party also devotes a section to how a developmental state should be built. The ANC should use its hegemony which it draws from popular and electoral support “to use the state apparatus to guide the country’s development process and build the institutions and capabilities of the democratic, developmental state”.

In conclusion, the party sets out a sequence as to how the economic renewal should happen, starting with the basics of infrastructure expansion and financial mobilisation. DM