Almost a year later, the police are still investigating a case of culpable homicide and reckless and negligent driving after a young man died in a car crash involving former VBS treasurer Phophi Mukhodobwane and his VBS-funded Porsche Cayenne GTS.

Police are investigating eyewitness accounts and evidence suggesting that former VBS Mutual Bank treasurer Phophi Mukhodobwane was involved in a vehicle crash in Lonehill, Johannesburg, in August 2019 from which he allegedly fled – just to crash into a second vehicle in an incident which proved fatal to a 24-year-old man.

In an unrelated case, the Hawks arrested Mukhodobwane in June 2020 in relation to the VBS bank theft and cover-up. Former VBS bank managers, auditors, directors and Mukhodobwane face a cumulative 47 counts of racketeering, money laundering, theft and fraud for stealing and distributing more than R2-billion from VBS, causing the bank to implode while the men attempted to cover up the scam. 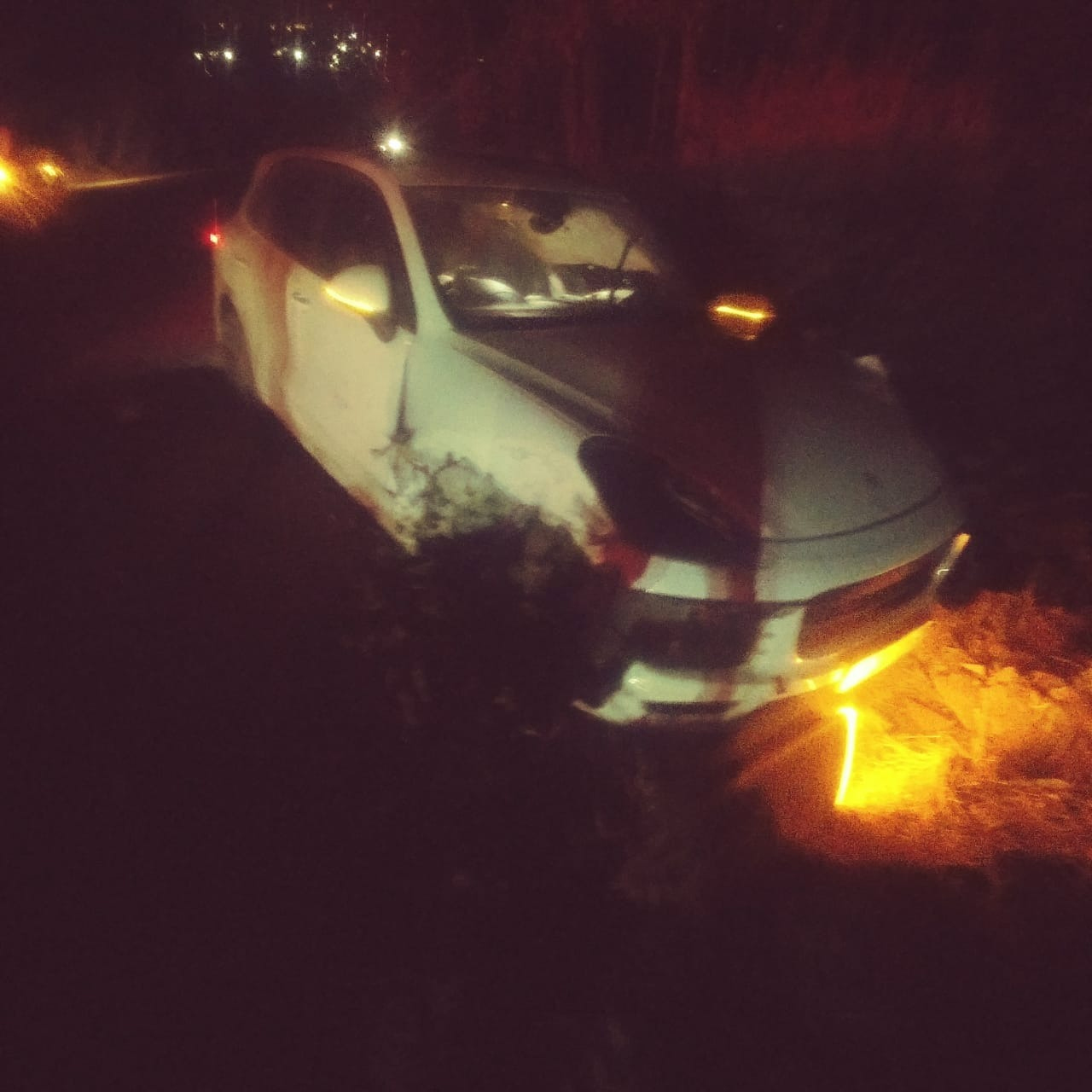 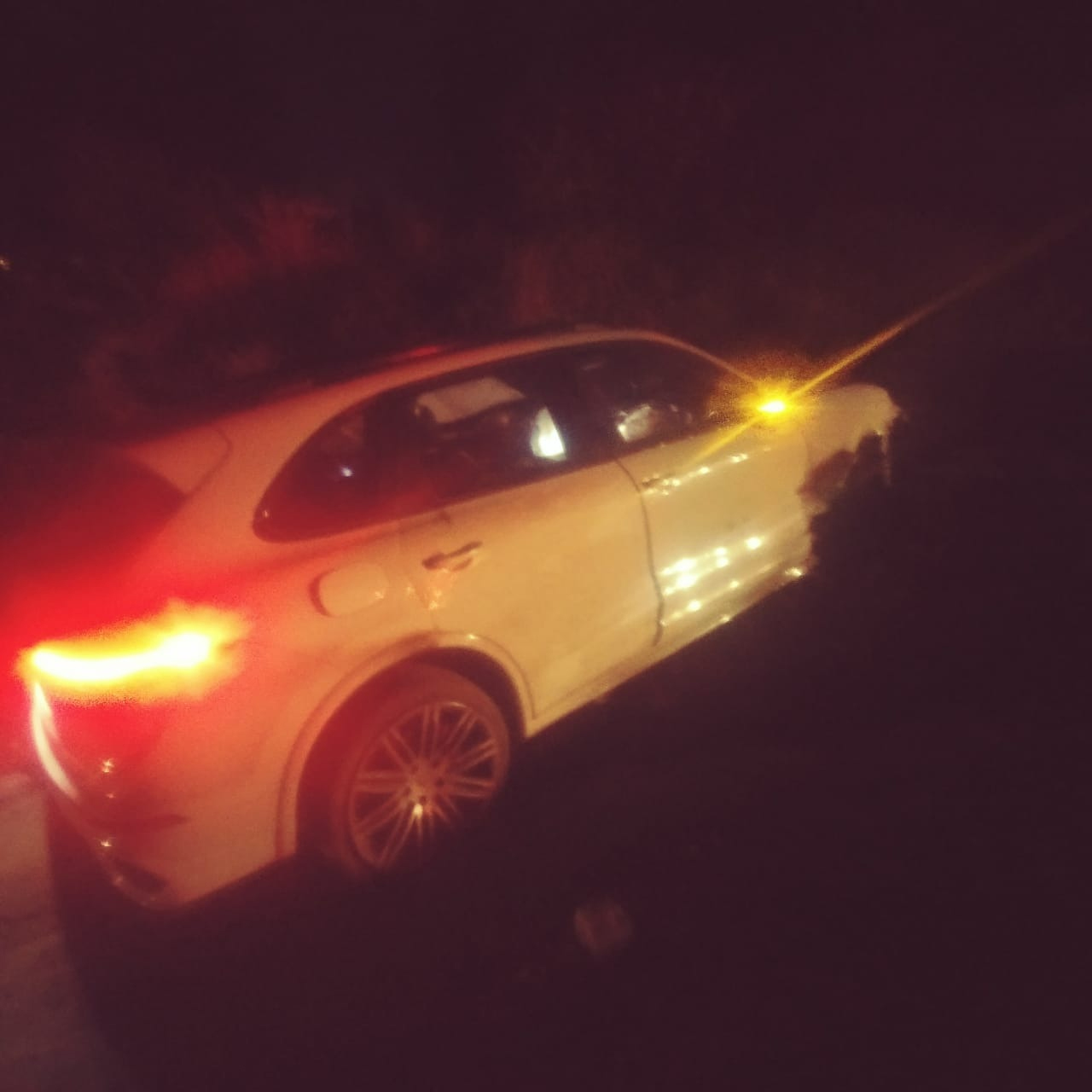 Photo: Mukhodobwane’s Cayenne the night of the accident. (Photos: supplied)

Mukhodobwane declined, through his lawyer Barnabas Xulu, to comment on his involvement in the two vehicle accidents recorded by police and emergency medical officials on 24 August 2019 in which 24-year-old Dylan Ross of Johannesburg died on the scene.

“Our client [Mukhodobwane] reserves his rights to make comment therein at a more appropriate time,” Xulu said in reply to Scorpio’s inquiry. He did not deny Mukhodobwane’s alleged involvement in two crash accidents.

Police spokesperson Captain Kay Makhubele said “all circumstances of the incident” are being probed in a possible case of culpable homicide and reckless and negligent driving. Messages from the investigating officer to Ross’s family members confirm that two scenes are under investigation.

Almost a year later, the docket is yet to be referred to the National Prosecuting Authority for a decision.

Scorpio …. matched the registration number, chassis number and engine number of the Porsche Cayenne which crashed in the two Johannesburg scenes with the vehicle ordered by Phophi Mukhodobwane and paid for by VBS. Several witnesses saw Phophi Mukhodobwane at the crash scenes on the evening of 24 August 2019.

Scorpio’s investigation shows that Ranwedzi was used as the frontman at the behest of his brother Phophi Mukhodobwane during the systematic depletion of VBS funds. This was confirmed in June when the State formally charged Phophi Mukhodobwane with using Lemawave to hide his hand in the VBS theft.

The manner in which Phophi Mukhodobwane acquired the Porsche Cayenne highlights attempts to hide his involvement with the company.

Phophi’s name appears on the Porsche “vehicle order agreement” form, issued by LSM Distributors (Pty) Ltd trading as Porsche Centre Johannesburg on 7 August 2017. It is, however, his brother Ranwedzi’s name that appears on the “vehicle finance application” form to VBS as well as the bank’s “credit check” form on the front company Lemawave.

The sale was registered in August 2017 and was funded by VBS for R1.56-million. It is unsure whether Mukhodobwane actually repaid the monthly instalments – a key tactic employed to strip VBS of its assets. The state accused Phophi Mukhodobwane of receiving at least R17-million in illegal VBS money, while forensic investigators advocate Terry Motau and law firm Werksmans found in their investigative report that Mukhodobwane gratuitously received at least R30-million in vehicle finance, mortgage bonds and cash. Mukhodobwane additionally acquired a BMW and Mercedes Benz, funded by VBS and registered to his front company Lemawave.

Scorpio further matched the registration number, chassis number and engine number of the Porsche Cayenne which crashed in the two Johannesburg scenes with the vehicle ordered by Phophi Mukhodobwane and paid for by VBS. Several witnesses saw Phophi Mukhodobwane at the crash scenes on the evening of 24 August 2019.

One of these witnesses is the deceased’s fiancee, who asked that her name be withheld to protect her privacy.

Ross’s fiancee said the couple attended a braai with friends on the evening of Saturday 24 August. She drove them home in their Hyundai Getz before midnight on Main Road close to Leeuwkop prison in Lonehill. She claims that Mukhodobwane’s vehicle – already damaged from the first crash further up the road – swerved into her lane and crashed into them.

“Out of nowhere, I saw lights and the car came head-on,” she remembered. “I flung my arm over Dylan to shield him, and he tried to protect me from the impact. As soon as it happened, I looked left to the passenger seat where Dylan was. Dylan was not responsive, his head was on my lap. I could feel the warm pool of blood on my lap.

“The driver of the Porsche came to my window, leaned in, asked how bad it was. I screamed for help and he left. I never saw him again until the day [in June 2020] when he appeared in court. When he took his mask off in court, I recognised him. It was Phophi.” DM