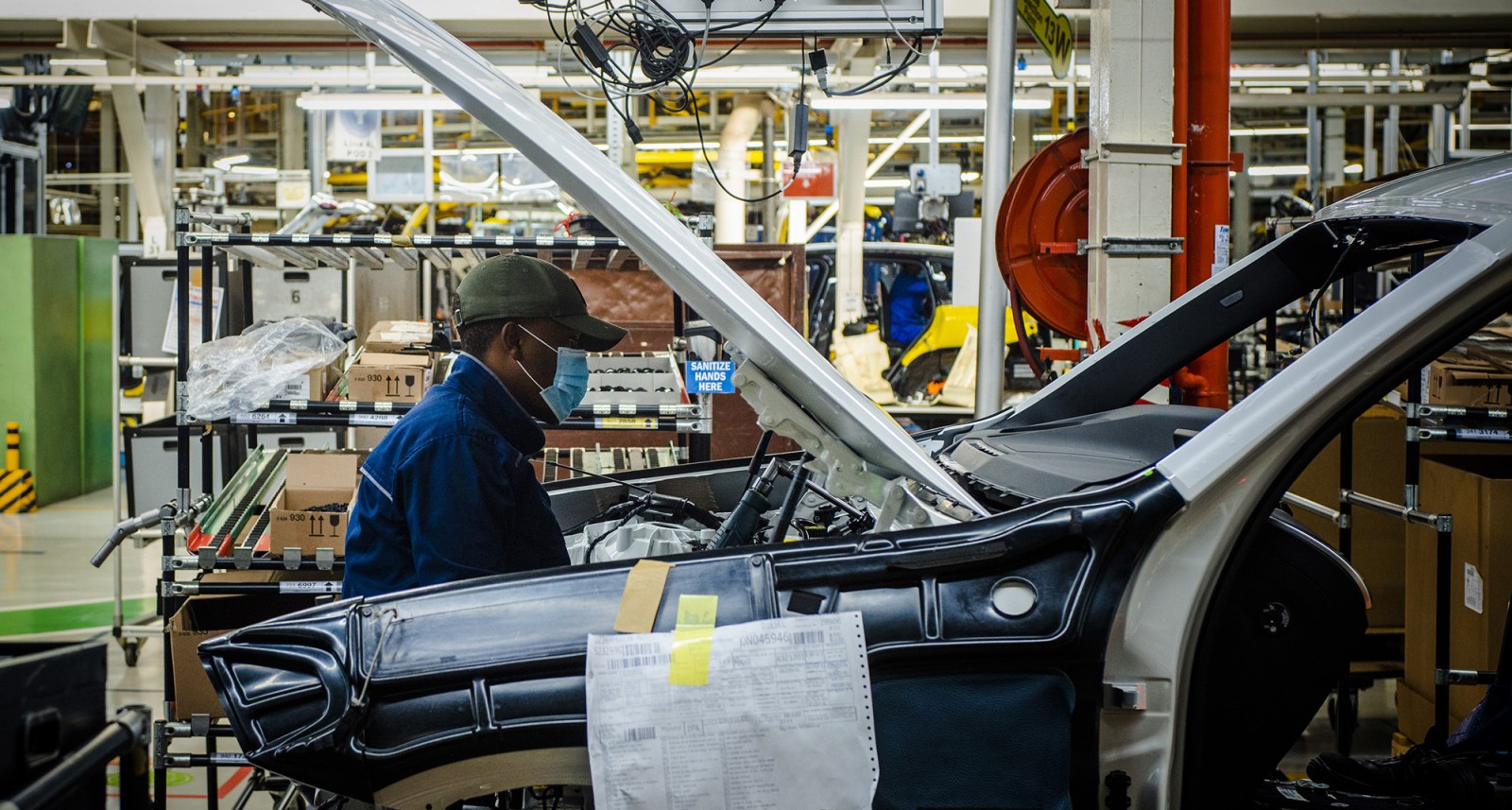 A worker wearing a protective face mask works under the hood of an automobile on the production line at the BMW Rosslyn plant in Midrand, South Africa, on 29 May 29, 2020. (Photo: Waldo Swiegers / Bloomberg via Getty Images)

South Africa appears to have de-industrialised in April 2020 as the hard lockdown forced factories to close.

Data released on Thursday, 9 July by Statistics South Africa showed manufacturing production plunged 49.4% during the month compared to April 2019. This is yet another grim indication that the second-quarter economic contraction was simply staggering.

Previous data has shown that mining output fell 47% during the month while consumer and business confidence have collapsed. The Covid-19 pandemic is truly wreaking havoc with an economy that was already fragile.

While it may well be a once-off shock related to the lockdown measures, the picture that emerges is that South Africa effectively de-industrialised during April 2020.

Things would have been far worse but for the fact that South Africans still needed to eat during the month. 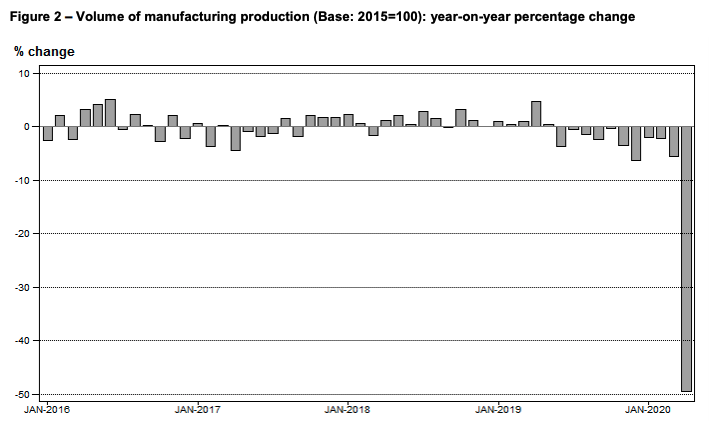 It is disconcerting to note that manufacturing had been in a steady state of decline ahead of the lockdown, which adds credence to the de-industrialisation narrative. On a year-on-year basis, the sector’s output dropped 3.5% in November 2019 and then 6.3% in December 2019. In January and February 2020, it fell 1.9 and 2.1% respectively and slid 5.5% in March 2020 before the lockdown tsunami hit with full force in April 2020.

This raises a number of unsettling questions. If the industry was already clearly in serious trouble, how many manufacturers that shuttered in April 2020 will remain forever closed? Has the pandemic hastened the process of de-industrialisation? (Forget all the wonky talk and highfalutin webinars about the “Fourth Industrial Revolution”.) And if so, what will the unemployment rate, last pegged at 30%, reach in the aftermath of this wreckage?

In his 2019 book Fighting for the Dream: How Long will South Africa Survive, RW Johnson noted that “ANC policies have had the effect of de-industrialising the economy. On its watch, manufacturing as a share of GDP has almost halved, to 11%.”

There are a number of reasons for this state of affairs, from Eskom’s woes to government BEE and procurement policies, which have raised costs and inefficiencies to the benefit of the small and emerging black bourgeoisie with ANC patronage links while throttling investment and business confidence. The pandemic has accelerated this trend. Reversing it will require political will that has been notably absent. DM/BM