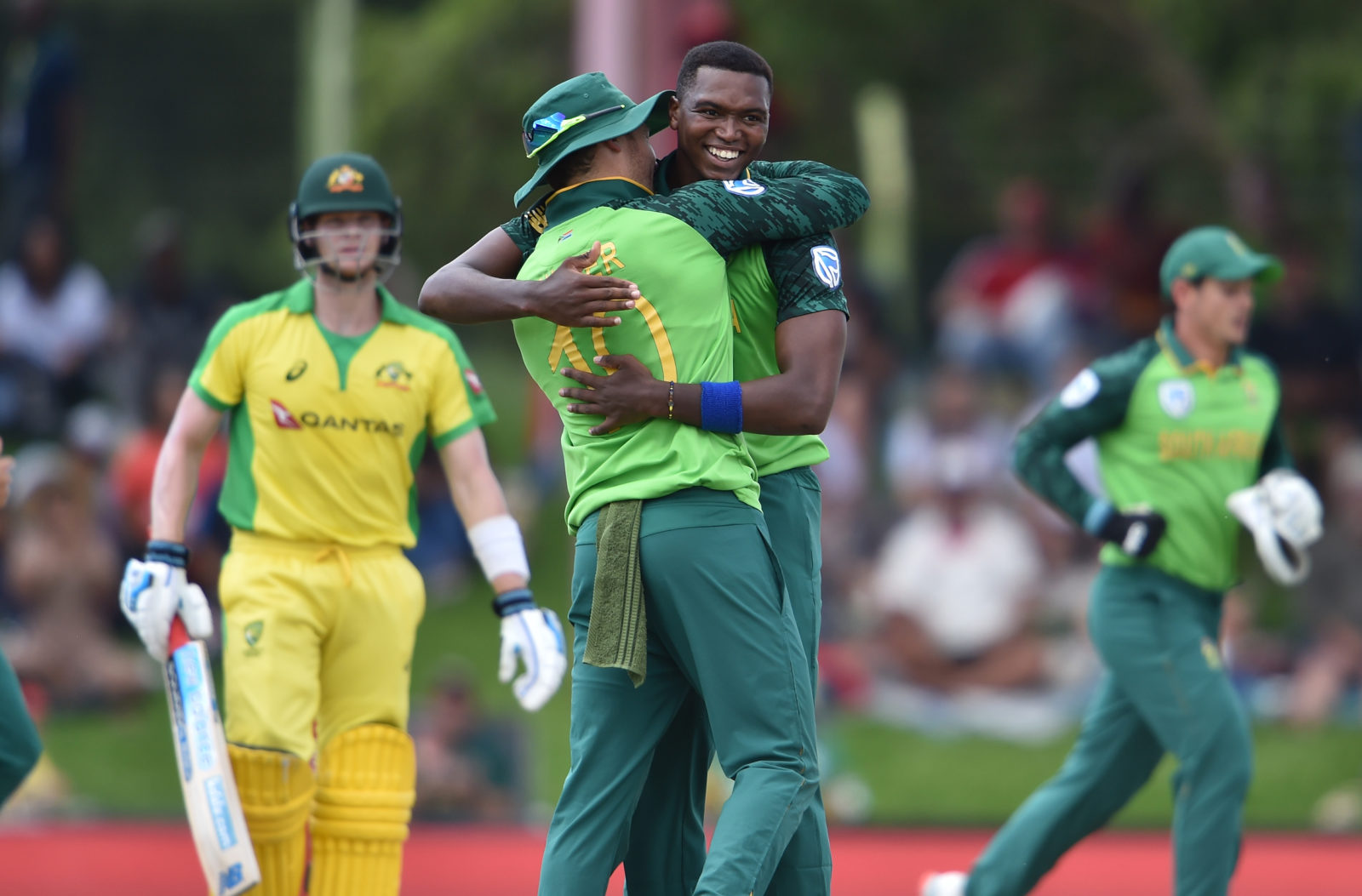 Cricket returns in a Covid-19 world this week with England hosting the West Indies, but closer to home, leading South African players are just 10 days away from their first action in months – and they have some talking to do.

It should have been uneventful off the field for South Africa’s leading cricketers during lockdown, and for some it has been. Solo fitness workouts that lack the camaraderie of net and field sessions have become the norm.

Fast bowler Lungi Ngidi has had similar physical frustrations to those of the skipper. The Black Lives Matter campaign has struck a deep chord and Ngidi won’t be shy to show solidarity in public for the movement that has swept the globe in the wake of the brutal killing of George Floyd.

On 25 May, Floyd was killed by police in Minneapolis. The distressing  attack was caught on camera as he begged the police to show mercy as he could not breathe. They took no notice and he died under the weight of a white policeman’s knee on his neck. It sparked a wave of protest reaction in the US and across the world.

Professional sports people are taking up the campaign with public displays of solidarity. English football’s Premier League is the most high-profile organisation to make a stand, with all players “taking a knee” before kick-off. It’s a protest symbol made famous by American Football quarterback Colin Kaepernick in 2016 when he campaigned against racial oppression. It cost him his career but has inspired a generation.

The image of sports people on one knee has become a powerful symbol for an equally powerful message against systemic racism in society. F1 drivers (well, 13 out of the 20) took a knee before the start of last week’s Austrian Grand Prix and West Indies players will wear the words “Black Lives Matter” on their shirts when they meet England in the first Test in Southampton this week.

Ngidi, who was named SA’s men’s ODI and T20 Cricketer-of-the-Year at Cricket South Africa’s (CSA) awards last weekend, has been moved and inspired by what’s happened following Floyd’s death. He believes the Proteas players have to address what their stance will be when they finally come together as a team again.

“It’s definitely something that we will discuss once we are together in person,” Ngidi said during a virtual press conference following the CSA awards on Monday.

“We have spoken about it and everyone is well aware of what’s going on. It’s a difficult one because we are not together, so it’s hard to discuss. But once we get back to playing that is definitely something we have to address as a team.

“As a nation as well, we have a past that is very difficult because of racial discrimination. So, it’s definitely something we will be addressing as a team and if we are not, it’s something I will bring up. It’s something that we need to take very seriously and, like the rest of the world is doing, make a stand.”

Given the diverse nature of the team and the unequal society South Africans live in, it should be a short conversation with an easy conclusion.

Back on the field

In terms of playing readiness, Ngidi has managed to do some net bowling since cricketers were allowed to train in small groups from 26 June.

De Kock, though, who was the big winner at the CSA awards, taking home the men’s Player of the Year gong, admitted his regime has been less than perfect during the four-month layoff.

“Look, I could be honest. Or I can be… I’ll give you my honest opinion –  I’ve done nothing,” De Kock said. “Lockdown has been, you know, lockdown. I haven’t done anything. Obviously I’ve kept up with fitness. I’ve done my training in the gym and whatnot, but I haven’t hit a ball yet.

“There’s still so much time until the next serious cricket game is going to happen. So, to go back to serious training… I don’t know when it needs to happen. I mean, you can go back to hitting balls, for now. But we could actually be hitting balls for no reason. That’s where I feel I’m at.”

Perhaps it’s because bowlers need to keep those muscles required for the act of bowling fast turning over, but Ngidi has been back at the nets, delivering thunderbolts in preparation for 18 July’s one-off Three Team Cricket (3TC) tournament. It’s a revolutionary idea with three teams competing in one match, against each other. Even Ngidi isn’t sure of the rules, but he knows he will be required to bowl, and bowl fast, so his body has to be ready.

But nets are no longer a straightforward process of picking up a ball and running in repeatedly, working on different types of deliveries, seam positions and speeds, it’s also about maintaining physical distancing and adhering to protocols.

“As the bowlers we each have our net,” Ngidi said. “We each have our balls. There is no touching, hardly any communication as well. Before going to the gym, you have to let them know so they can sanitise the area before you come in and sanitise once you leave, for the next group.

“There’s a whole lot of things you need to remember as well. We have to test regularly now. There’s temperature checks at the gate, there’s hand sanitisers, we fill out forms. It’s a whole process before you can actually bowl a cricket ball.

“It’s very frustrating but also very necessary at this point and especially with us coming up with the 3TC game next week. Even though it is a bit of a schlep and it is hard work, we still need to do it because we’ve got a game to play next week.”

Spitting on the ball and using saliva to help shine the surface has also been outlawed by the International Cricket Council (ICC) as a precaution against the spread of coronavirus although the chances of spreading the Covid-19 this way are minimal. Old habits are hard to break. Bowlers are used to picking up a ball, spitting on hands, imparting the saliva on to the ball and rubbing it on their clothing to keep one side shiny.

“A few of the boys have complained. Once [the ICC] said there’s no saliva, a few of the batsmen posted on the group that now they are going to be driving on the up (because players will be scared to catch the ball),” Ngidi said with a chuckle.

“Already we can see what type of mentality the batsmen are coming with, so now we have to find a game plan to get the ball to swing,” Ngidi said. “Maybe a damp towel is the best thing but you’ve got to find something to shine [the ball].”

Whatever cricketing innovations he can come up with, Ngidi knows that despite his frustrations at the restrictions the players have to endure, it’s part of a bigger picture.

“I don’t believe Covid is something we can take lightly,” he said. “It does feel like something out of a movie because the safety precautions that are being taken are something you have never experienced before as a player.

“We no longer go into the change rooms. You get changed in your car and you go straight to the field or straight to the indoor nets. We don’t gather in groups any more and it feels weird since it’s a team sport. You’re playing by yourself but everyone is still there. It is very different.”

England against the West Indies this week will give Ngidi and his teammates a glimpse of just how different the new normal will be. DM