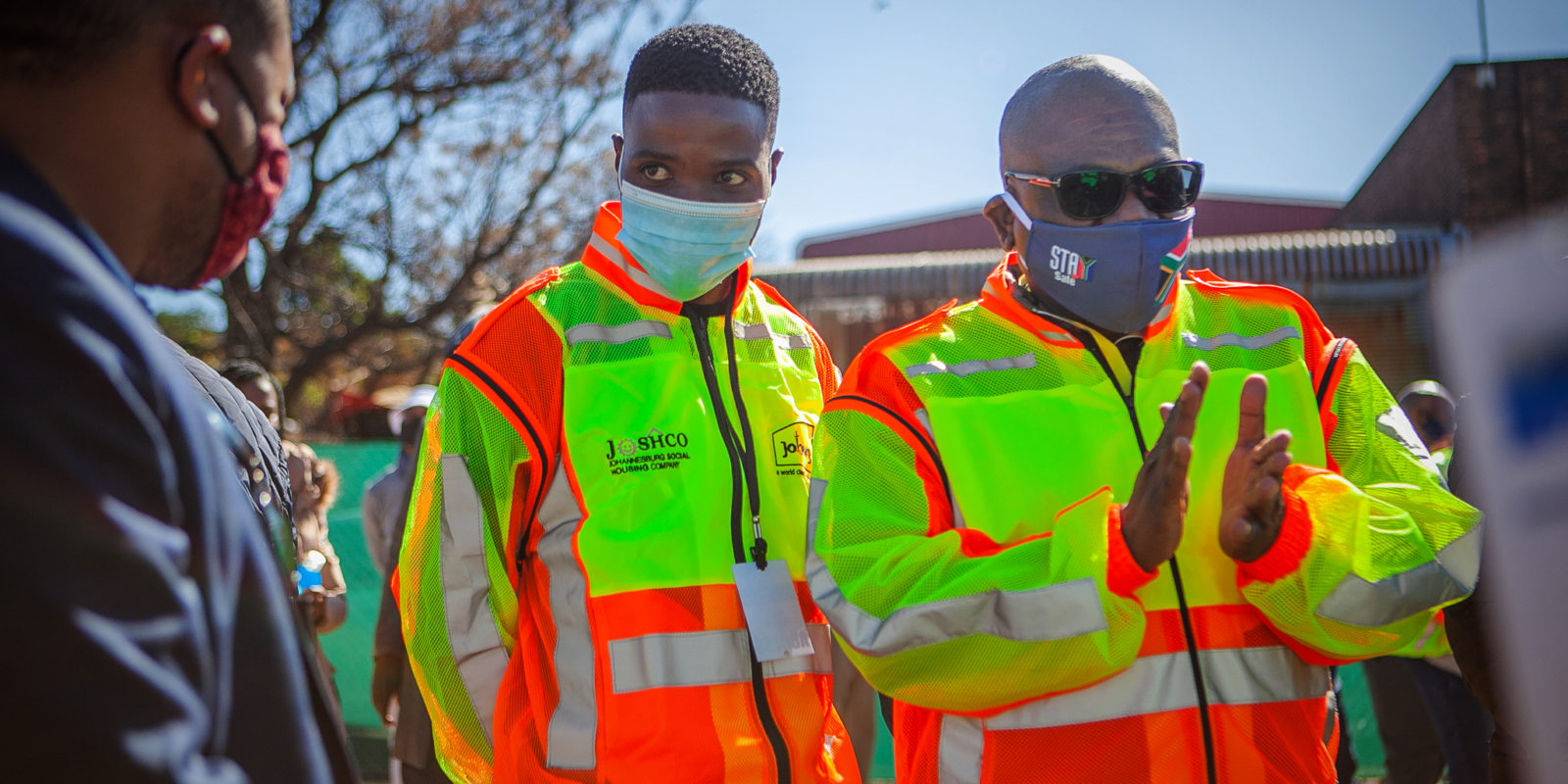 The City of Johannesburg is kicking off a R500-million temporary accommodation project as Covid-19 spikes.

On Friday, 3 July, the City of Johannesburg launched a R500-million temporary accommodation project in Alexandra amid rapidly increasing Covid-19 infections throughout the city.

The City said this project was the first of about six or seven that would be rolled out in densely congested areas such as Diepsloot, Soweto, Zandspruit, Ivory Park and Alexandra. The City said the aim of the project roll-out was to improve the lives of residents living in abject squalor in these congested areas by providing safer conditions to enable residents to adhere to lockdown regulations in response to Covid-19.

The project comes as the City of Johannesburg has recorded 26,293 Covid-19 cases. Region E, under which Alexandra falls, accounted for more than 4,000 of those by 3 July 2020. The inner city has recorded the highest number of cases so far.

The total cost of the project roll-out will be about R500-million — the cost of each accommodation unit will be R60,000.

Makhubo said the units will be refurbished containers, stacked three storeys high, with each unit the size of an RDP house.

He said the communities that will be relocated once the structures are ready are expected to remain in these structures for between three and five years, while more permanent solutions to the city’s housing needs are realised.

Gauteng MMC for human settlements Mlungisi Mabaso said the difference from people’s previous dwellings is that the new structures will provide more space and allow people to adhere to lockdown regulations such as physical distancing, which is a massive challenge in current congested living arrangements.

When asked if people wanted to be moved, Mabaso said not everyone might be happy, but engagements with affected communities were ongoing and people were not opposed to being relocated. Mabaso said the participation of communities was important so that they took ownership of the project.

“We are in a war. We are fighting a very dangerous enemy called Covid-19, but we cannot simultaneously be divided if we are to win this war. So we are appealing to all stakeholders in Region A here in Alexandra and others to work with us,” he said.

Makhubo said officials from the housing development agency and the provincial department of human settlements were working together. He said the city was doing its bit to ease the burden of congestion in Alexandra and other areas. The Johannesburg Housing Company (Joshco), the city’s housing agency, is also involved in the project.

He said the structures should be complete in three months and that in the fourth month, people should be relocated.

Ward 109 councillor for Alexandra, Deborah Francesco, said people in the township were living under deplorable conditions, unsuitable for human habitation. She said her worst experience was when a cancer patient had to be lifted out of his place through the roof to get him to hospital because the congestion meant there was no room to get him out of the house through the door. Francesco said it took hours to get the man to the hospital and that he could have died during that time.

She said she had also made the housing department aware of the man and his family’s plight, and that the family had been promised an RDP house.

“When it’s raining, people’s houses turn into swimming pools because of the poor conditions of their dwellings,” she said.

Alexandra, one of the oldest townships in the country, has been grappling with housing issues for decades with many residents resorting to land grabs because of the demand for space. Many Alexandra residents blame their plight on poor leadership, which they believe led to the embezzlement of about R1.3-billion earmarked for the Alexandra Renewal Project. DM