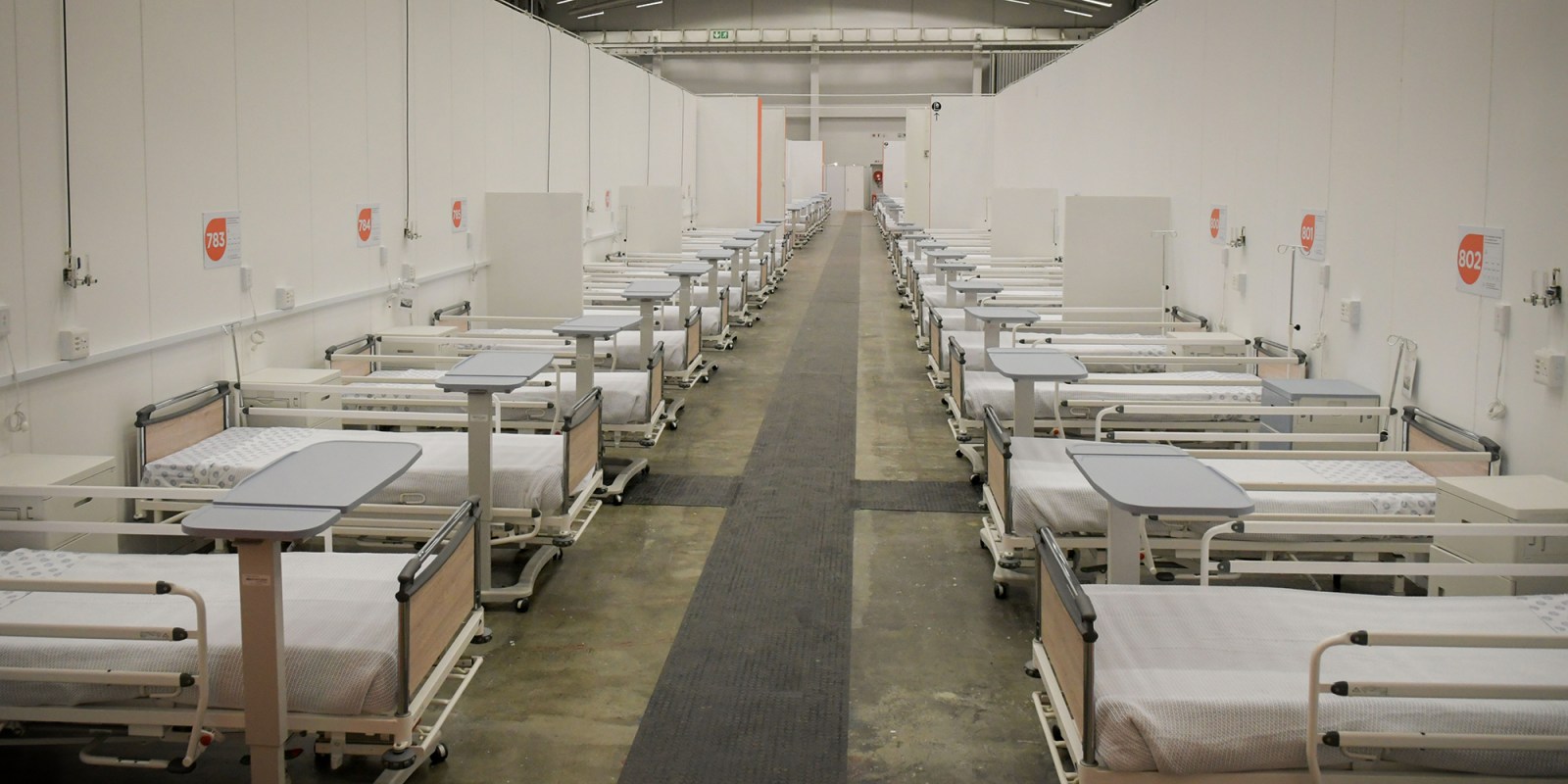 This is a summary of the trending, highest impact, and most active themes and their narratives related to social cohesion and division in South African public-domain social media conversations from 26 to 28 June 2020. Global trends affecting South Africa are also included.

Tweets about the grave impact of the Covid-19 pandemic on South Africa drove the highest volume of conversation on social media at the weekend: “Covid” was mentioned over 43,000 times and “new cases” about 6,000 times.

This follows the sharp increase in new cases reported by news outlets, including an SABC tweet about a new record for daily infections. Over 7,000 new cases were reported on Sunday, taking the total number of coronavirus infections to 140,000.

A doctor expressed the severity of the situation in a tweet by @Kay_Ess_Rams, which was retweeted 6,400 times and liked over 8,000 times. The doctor said hospitals were under resourced, and described how she had witnessed the deaths of three patients in her last shift.

@romanmaira_ urged people not to go to restaurants as many servers were allegedly testing positive. The tweet received about 200 retweets locally but was retweeted over 81,000 times internationally. 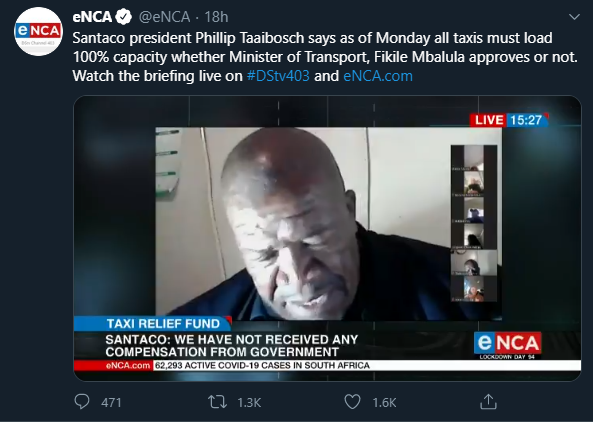 Following a dispute over government’s financial compensation for taxi operators during lockdown, Santaco, the governing body of the taxi industry, called on all taxis to fill their vehicles to 100% capacity and resume long-distance operations. eNCA shared the clip by Phillip Taaibosch in a tweet which received over 1,300 retweets and over 1,600 likes. A tweet by @nmadzenga quotes the Santaco president saying that no permits should be required for travellers commuting between the provinces, contrary to current lockdown regulations which prohibit inter-provincial travel without permits. The tweet received almost 700 likes and has been retweeted 340 times. 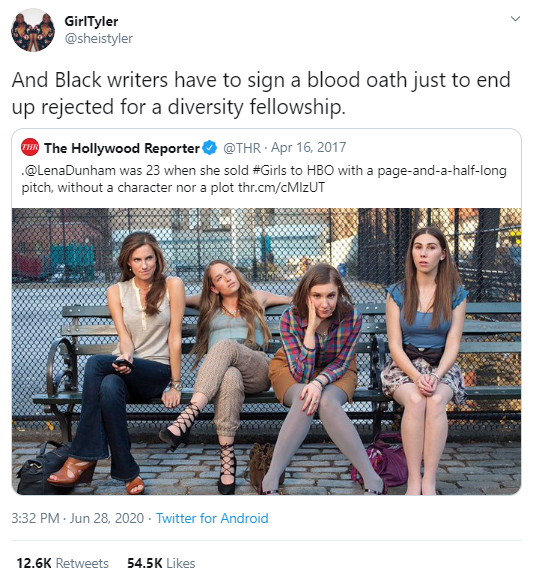 The second most talked about topic over the weekend was “Black Writers”.

In April The Hollywood Reporter tweeted an article about the popular HBO TV series Girls, alleging that Lena Dunham, the writer and creator of the show, was 23 years old when she submitted a short proposal to HBO.

In response to that post, @sheistyler tweeted at the weekend: “And Black writers have to sign a blood oath just to end up rejected for a diversity fellowship.” In under 24 hours, the post was retweeted more than 12,000 times and received over 50,000 likes. People posted links to other articles, including “Game of Thrones creators confirm that they had no clue what they were doing.”

Another conversation arose of a black writer who had been committed to a mental institution for speaking out against racism. @BlackSocialists tweeted a link to an article about the team of writers for the popular game Cards Against Humanity, including allegations of discrimination against the black writers. The post by @BlackSocialists has been retweeted over 1,000 times and has received over  2,000 likes. The veracity of the story was not confirmed. 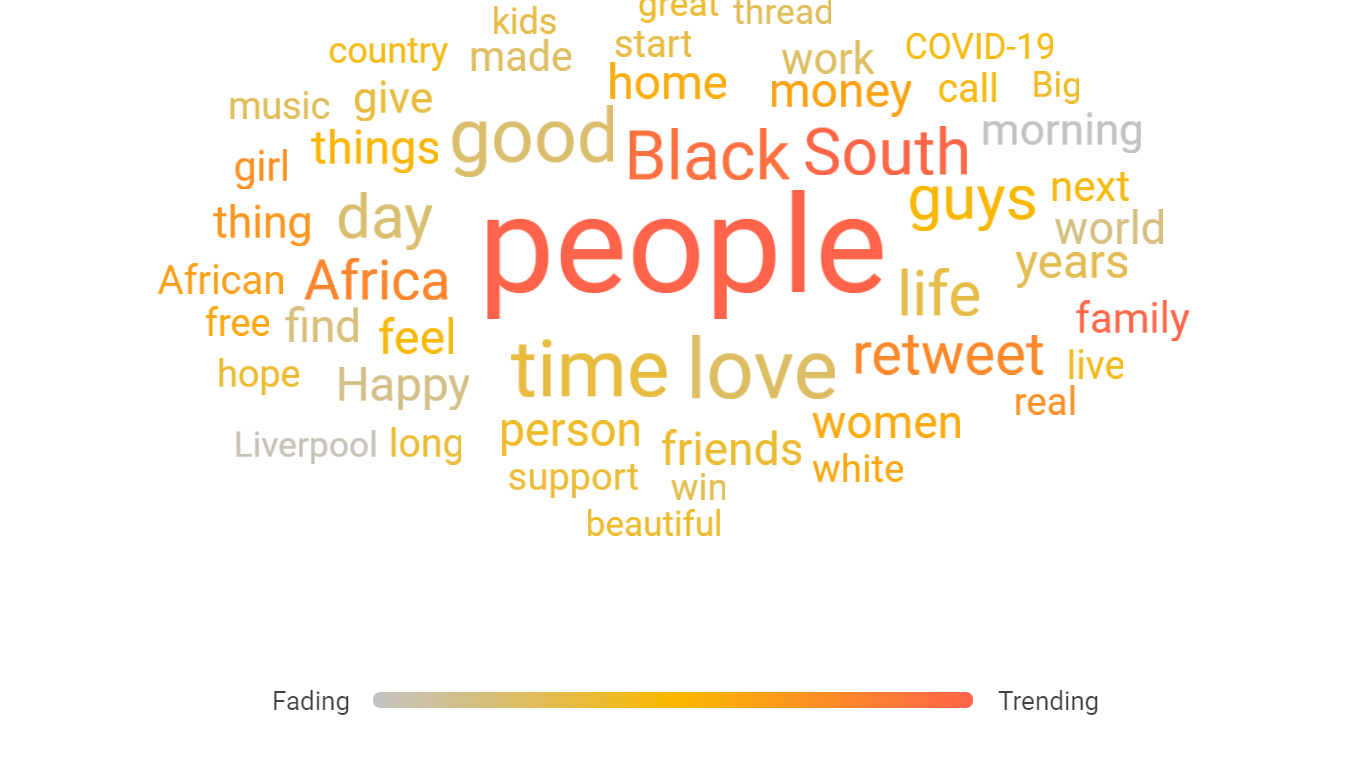 Conversations about the portrayal of Saartjie Baartman in a recent movie trended among the weekend’s top three topics. @Melaninaire_x tweeted that they would not watch the movie because there were no black writers or directors in the production, and no South African actors. By Monday morning, the post was retweeted over  30,000 times and received more than 80,000 likes.

Most responders disapproved of the movie, with one saying : “Well I watched it this morning. It’s crazy how they made it seem like Sarah and those white people were actually friends. They made it seem like they cared for her and her dignity. How they fed her good food and how she never fought back in the movie was ridiculous.” The initiator of the thread responded: “I’d rather not. We really don’t need another Europeanised or Americanised version of South African History & I’m fully aware of Saartjie’s entire story, also the film is a trigger on its own.” This comment received close to 4,000 likes.

As calls for more black representation in the media grew, @BeyLegion tweeted that Beyoncé would release the movie Black is King on 31 July. The post has been retweeted more than 3,700 times and received over 13,000 by 10:30 Monday morning. 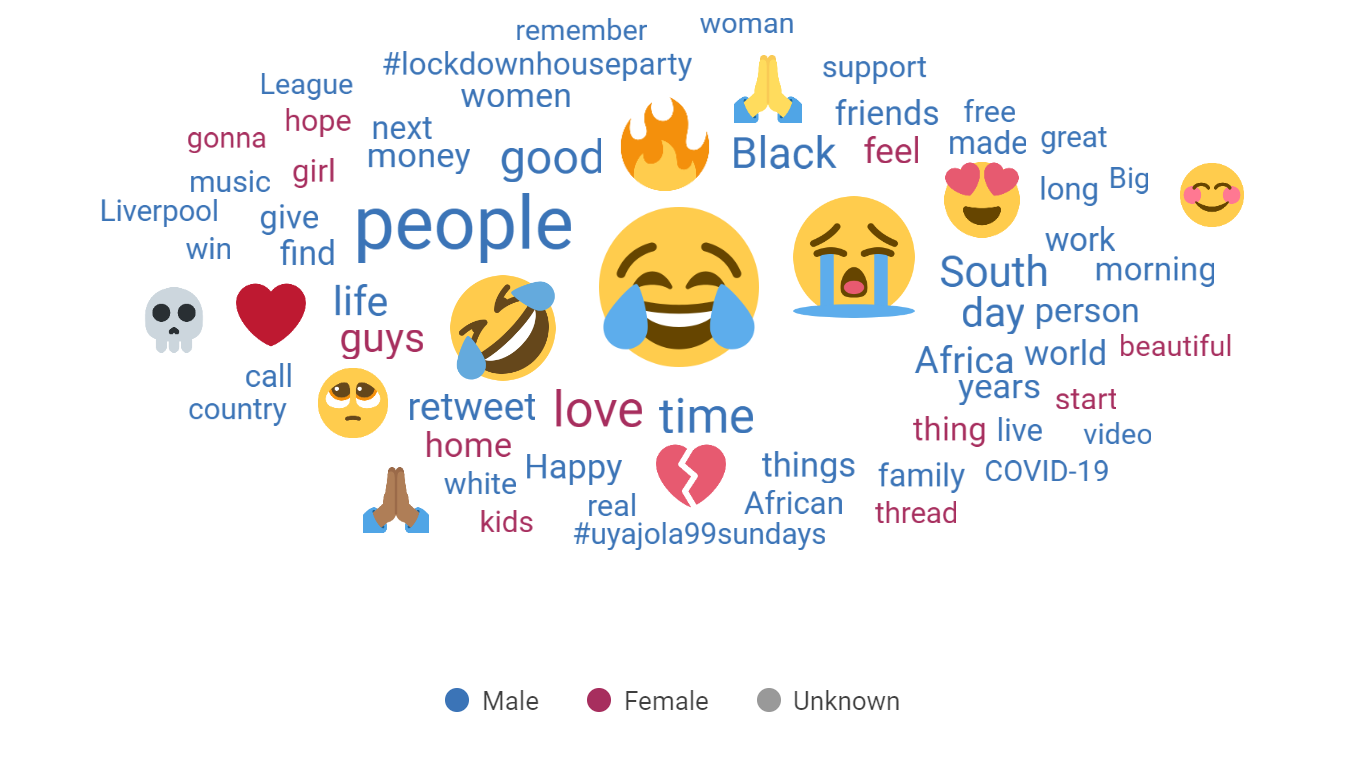 The Miss SA contest is generating debate over whether the latest voting system, which requires voters to pay for their vote, is intended to exclude people of colour from voting.

Mahoota11 tweeted: “Zozi wins Miss SA, subsequently wins Miss Universe. Zozi prides herself in her blackness. The next year Miss SA voting system changes significantly as voters now have to have more money than just a regular bloke. I do not believe any of this is a coincidence.” The tweet received 1,000 retweets and 2,200 likes.

Anele Mdoda took to her Twitter account to explain that the paid voting system was not going towards votes for the Miss SA winner, but towards a crowd vote for the 10th spot. “Guys you are not voting for Miss SA. You are voting for a crowd favourite to be in the top 10. Last year Chuma was the crowd favorite. The other 9 spots are placed through judging. Thank you for your conversations and passion. The girls are so excited and they are ready :)” The tweet received 1,100 likes and  58 comments, as it addressed the confusion surrounding the paid voting system.

Twitter users discussed how money generated by hair products for black women should go to businesses owned by black women, and others called out celebrities who manufactured their products in Bangladesh.

“I genuinely believe black women should be the ones making all the money from black women’s hair. Here’s a thread of hair products owned by black South African women. Feel free to add more,” tweeted Miss Andisa. The tweet received over 5,500 retweets, 10,200 likes and 356 comments, including black businesswomen promoting their hair care brands and users giving reviews of products they have used.

Others commented on the absence of these brands in large retail stores. Fezeka commented, “I’m following all these brands, it’s a pity that I’ve only seen Nilotiqa and Afrobotanics in shops.” Andisa replied, “There’s probably a lot of red tape and funding issues that make it harder for most of the guys who just started. But I think we will see more of them getting to the shops soon.”

Farhan took to Twitter to expose the exploitation of factory workers by celebrities who manufactured their products in Bangladesh. She tweeted: “Kylie Jenner and Cardi B refuse to pay workers in my home country of Bangladesh during the Coronavirus pandemic, which is hitting the poorest people hardest. The majority of workers are women. This has affected 50,000 workers. Boycott these sick people.” The tweet received 591 retweets and 1,000 likes, with comments requesting signatures for a petition demanding pay for Bangladeshi garment workers. Others commented that Cardi B did not own a clothing business but was associated with Fashion Nova, a clothing brand. DM