‘Equitable access’ the main concern in race for Covid-19 vaccine 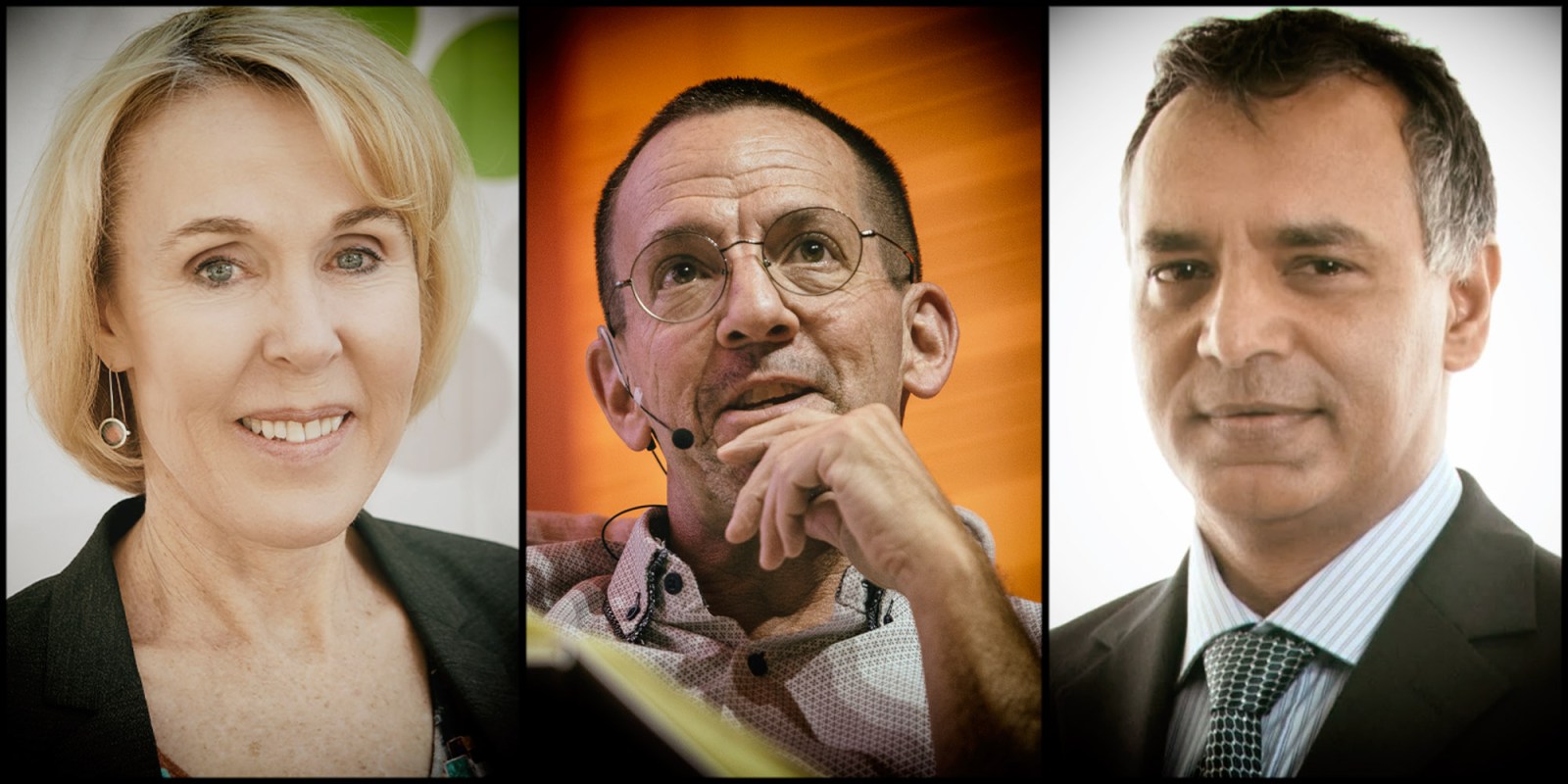 It seems science will succeed, but will politics hinder equitable access to the forthcoming Covid-19 vaccine? Mark Heywood chatted to Professors Shabir Madhi and Helen Rees about South Africa’s first clinical trial for such a vaccine.

Researchers are confident that they will soon crack the code for a coronavirus vaccine, but the major global health concern is whether politics and wealth will be a barrier to universal and equal access to this critical vaccine.

“Vaccines under these circumstances must be described as what’s called a ‘global public good’. That means that they should be equitably made available to everyone in the world, irrespective of whether you’re a big or a small country or a rich or a poor country,” said Professor Helen Rees, chairperson of the South African Health Products Regulatory Authority (SAHPRA) and executive director of the Wits Reproductive Health and HIV Institute.

Rees and Professor Shabir Madhi joined Maverick Citizen editor Mark Heywood for a compelling webinar on Sunday 28 June, on the race for a coronavirus vaccine.

Madhi, who is leading the charge in South Africa’s first Covid-19 vaccine trial, is the incoming dean of the Faculty of Health Sciences at the University of the Witwatersrand and director of the South African Medical Research Council Vaccines and Infectious Diseases Analytical Research Unit.

The Ox1Cov-19 Vaccine VIDA-trial began on Wednesday 24 June and is a collaborative effort between Wits University and the University of Oxford.

This is the continent’s first and only clinical vaccine trial.

According to Madhi, there are six vaccine trials (including this one) that are now being tested on humans, largely occurring in developed countries.

If high-income nations monopolise vaccine production, Madhi said, it may cause a delay in the vaccine’s introduction to lower-income countries due to a lack of information on the efficacy of the vaccine in those regions.

“There’s a number of reasons that can influence why vaccines work differentially between different settings. So, if we don’t generate evidence right now, we will never know just how well this vaccine will or will not work in our local context.”

He also mentioned that the World Health Organisation (WHO) doesn’t recommend introducing a vaccine into a developing nation until there’s proof that it works in that context.

Rees spoke about the proprietary and industrial power dynamics linked to the vaccine and warned against “vaccine nationalism”.

This happens when a country procures vaccines for its citizens ahead of anyone else, commonly through pre-purchase agreements between a government and a vaccine manufacturer.

“This cannot be all for some and none for others. This has to be an equitable distribution of vaccines,” said Rees.

Madhi pointed out that sub-Saharan countries have not invested in building capacity and capability to produce vaccines.

“That is why we are always at the mercy of every other pharmaceutical country.”

He said the onus was on these governments to stimulate production capacity.

Madhi, who is confident that a vaccine will be developed, said the rapidly increasing infection rate in South Africa may speed up how soon they get an answer whether the vaccine works, possibly by November.

Rees, who also sits on the ministerial advisory committee on Covid-19 said although only a few companies with capabilities for aspects of vaccine production exist in South Africa, the Department of Higher Education, Science and Innovation was looking to partner with them.

“The reason why there are so many types of vaccines is we are looking at not only having a variety of types to make sure that something works, but also that some types of formulations of vaccines are much easier to manufacture than others and can be done really quickly and to scale.”

Rees said intellectual property would present a problem to the goal of equitable access. The culprit: Big Pharma.

“Many pharmaceutical companies are investing a lot and they’re doing it at-risk. So, they are investing in the development of the technology in the clinical trials, but they’re also looking at investing in manufacturing,” she said.

Up to 2,000 participants are being enrolled in the study. The criteria includes people between the ages of 18 and 65. Those with comorbidities (such as diabetes or hypertension) may be included if their conditions are well managed. Volunteers will be screened for eligibility and must give informed consent to take part in the trial.

Madhi explained that volunteers must score at least 80% on a questionnaire to test their understanding of the trial and the risks involved, failing which, they are not allowed to participate.

Half of the participants will receive injections of the candidate vaccine and the other half (the control group) will receive a placebo (normal saline).

Regarding concerns about the safety of the trial, Madhi said “serious adverse effects” will be reported immediately to the regulatory authorities and an independent data and safety monitoring board.

“If the vaccine is found to be unsafe, that vaccine will never pass licensure.”

Madhi, who is confident that a vaccine will be developed, said the rapidly increasing infection rate in South Africa may speed up how soon they get an answer whether the vaccine works, possibly by November.

“The coronavirus is much less complex than TB, HIV and malaria. It’s much more genetically stable. Just over a short period of time, we’re getting good insight in terms of what might be required for a vaccine to be effective.” DM