Zweli Mkhize: We are riding into a decimating and devastating storm 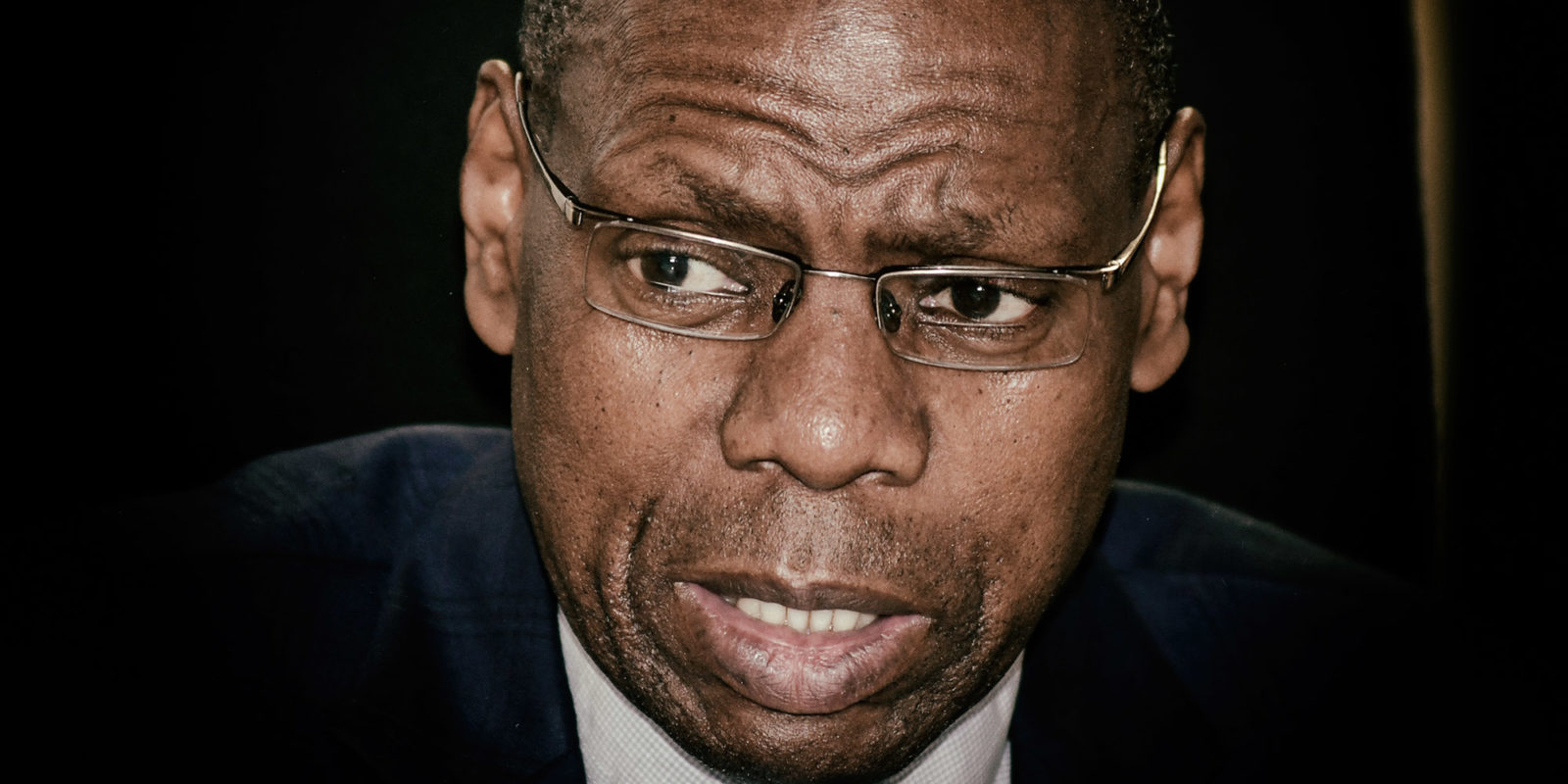 Warning South Africans to brace themselves as the country heads for the peak of coronavirus infections, Health Minister Zweli Mkhize said that the outcomes are still better than the initial predictions that 20% of those who are infected would need hospitalisation.

Describing the coming months as a “decimating and devastating storm” Health Minister Zweli Mkhize said on Tuesday that the indications are that Western Cape and Eastern Cape, due to well-established outbreak clusters in communities, will reach peak numbers of infections first.

“Provinces such as the Western Cape and Eastern Cape now have well-established cluster outbreaks that are driving a surge and will likely peak first before other provinces. In these instances, contact tracing, quarantine and isolation were the biggest weaknesses and the Western Cape, in particular, is having serious challenges in the reluctance of community members to go into quarantine and isolation.

“In addition, the close economic and social interconnectedness of the Eastern and Western Capes adds complexity to an already volatile epidemiological picture. On the other hand, it is an opportunity for the provinces to learn from each other and in fact, I will be facilitating a collaborative response of both provinces working together.”

He added that another senior health department official will be sent to the Eastern Cape to “tighten the province’s response to the outbreak”.

Mkhize was reflecting on the 107 days since the first confirmed case of a coronavirus infection in South Africa during his speech at the opening of the first phase of the 3,300 bed Rev. Dr Elizabeth Mamisa Chabula-Nxiweni field hospital in Nelson Mandela Bay.

“Several weeks ago I warned about an impending difficult and devastating storm ahead. All indications are, as a country, we may be riding right into that storm whose devastating impact is expected to peak during the cold winter months.

“Yesterday evening, as we received the daily update for Covid-19 cases, we confirmed that South Africa has officially reached the 100,000 mark. When we reported the first case, none of us would have predicted that we would reach this landmark in a matter of months,” Mkhize said.

“As we reported the total numbers of confirmed Covid-19 cases in South Africa, which are now at 101,590, it is also significant that we have now seen a rapid rise in daily numbers of cases, of late exceeding 4,000 a day.

“This vicious virus has cost us the lives of our loved ones. We have painfully witnessed our people, mostly the elderly and those living with underlying medical conditions, succumb to this virus.

“This cruelty that we have witnessed has cut across racial, sexual and ethnic lines. It has targeted both the rich and the poor and undermined the phenomenon of life as we knew it.

“Whilst the models are very helpful for scenario planning, we should expect that the numbers will continuously get modified as the real data becomes available.

“In a period of more than 100 days, we as a country have reported a total of almost 2,000 deaths. Although on paper this number may look small we acknowledge as the government that these are mothers, fathers, brothers and sisters that families shared plans with for the future. I want to express my heartfelt condolences to all the families that have had their loved ones stolen by the pandemic.”

He said the country continues to see a “satisfactory rate of recoveries” at more than 50%.

“A few days after our first confirmed case, I made what appeared to be an unpopular statement, but it had to be said, that our scientific estimation is that 60-70% of our population may be infected by the coronavirus, particularly in an era where there is no vaccine and no herd immunity.

“I also warned South Africans that 20% of those infected would be cases that would need to be hospitalised. Most of these figures are based on various models which have many variables and some margin of uncertainty. We take note of these as they guide us as to what we may expect.

“Whilst the models are very helpful for scenario planning, we should expect that the numbers will continuously get modified as the real data becomes available.

“These figures are much lower than the 20% we had initially projected and represent a public health response that has placed emphasis on proactive, preventative medicine.

“This has resulted in some of the best Covid-19 health indicators in the world. We can keep this up, but it requires a concerted effort by all South Africans to adopt the necessary behaviour change that will keep us all safe and ensure our morbidity and mortality rates remain low.”

He recounted that the government was compelled to impose a hard lockdown after seeing the infection numbers doubling in just two days in March.

“We have now shifted to a differentiated approach, involving a targeted response, with the ability to direct resources to areas of greatest need and retain resources in low transmission areas such that we can continue surveillance and detect surges in the beginning stages. We now prioritise persons under investigation who are in hospital, those with comorbidities, the elderly and healthcare workers.”

He added that their call for healthcare professionals to join the public sector have paid off, with 6,108 nurses, 194 doctors and 206 emergency medical services personnel coming forward.

“We need all hands on deck for the coming months. Even those who are retired must present and we will ensure they play a role in a safe and appropriate environment.

“We appreciate our healthcare workers, who have worked tirelessly in the frontline at their own personal risk. As at 16 June, 3,583 healthcare workers acquired Covid-19 and of those we have lost 34 soldiers to this war. May the souls of these selfless warriors rest in eternal peace and we thank them for their unwavering service right until the end. For those healthcare workers who are still battling the virus, we wish them a speedy recovery and we are indeed very pleased that 1,993 healthcare workers have recovered.”

He said while there was some debate and they were advised to discard the untested samples of patients that were older than two weeks, he believes it would be a violation of their human rights to do so.

“We have always maintained that we have enough stock for about eight weeks at any one time and this has remained true for the duration of the pandemic – it is just a matter of ensuring that management distributes PPE equitably. We engaged the unions and encouraged them to be involved in the oversight of PPE stock management and this has proven to be a very useful collaboration which has ensured that where we find problems we solve them together and avert labour disputes that would divert us from our most urgent work.”

He said they still have a target of 30,000 tests per day, and a joint procurement strategy that President Cyril Ramaphosa is spearheading through the African Union is expected to improve access to testing kits.

“The backlog, which has been a cause for much anxiety, has been reduced and we are particularly pleased that we have completely cleared the backlog in the Western Cape and the Free State.

“We stand by our decision to clear the backlog as an epidemiological and case management exercise and so we will continue to work hard to achieve that in the remaining provinces: Eastern Cape, Gauteng and KwaZulu-Natal.”

He said while there was some debate and they were advised to discard the untested samples of patients that were older than two weeks, he believes it would be a violation of their human rights to do so.

“Despite certain contention from some experts that the National Health Laboratories [NHLS] must discard aged specimens, we have not agreed with this approach. Our view was that if such a decision has to be made, it must be based on sound scientific evidence that degradation of a specimen over time renders it no longer suitable for testing after a specific period. While we are now prioritising certain tests, we still have an ethical obligation to process the specimen as submitted by clinicians to the laboratory.

“A legal opinion was obtained which clearly states that, in fact, there is a legal obligation on the NHLS to test all specimens that have been delivered to it. This duty stems from the guidelines for testing. This is further embedded in all citizens’ constitutional right of access to quality healthcare.”

Mkhize said the country had 7,134 ventilators and 5,401 are currently in use.

He said there are three South African companies supplying intravenous dexamethasone, one of them also manufacturing the oral form of the medication.

“We have looked into our stock and have 300,000 vials, and so we are in a position to immediately secure and administer this life-saving medicine to all patients. The medicine will only help those who are seriously ill. You still have to wear masks, wash your hands and keep a social distance.

“We are now faced with a future that calls for permanent change in the way we conduct our lives. Influencing behavioural change is the toughest exercise a leader can undertake, we now find ourselves at this juncture where we need to move away from enforcement and rather use the powers of persuasion to enable and empower community members.”

“We still need richer data to determine the risks for people living with HIV and AIDS, although preliminary evidence does suggest increased odds of adverse outcomes, especially for patients who are not taking antiretrovirals, have high viral loads and low CD4 counts,” he said. MC/DM