SA debt levels to surge, but Tito Mboweni vows to ‘close the mouth of the hippopotamus’

SA debt levels to surge, but Tito Mboweni vows to ‘close the mouth of the hippopotamus’

South Africa’s debt levels will surge during 2020 as the economy contracts over 7% in the face of the Covid-19 pandemic, said Finance Minister Tito Mboweni in his supplemental Budget speech on Wednesday, 24 June. But he vowed to avoid a sovereign debt crisis, which he pointedly warned was looming on the horizon.

Finance Minister Tito Mboweni looked sombre, even ashen, as he stood before the podium on live TV waiting for apparent technical glitches to get sorted just before he delivered his emergency Budget speech. Small wonder, given its contents. 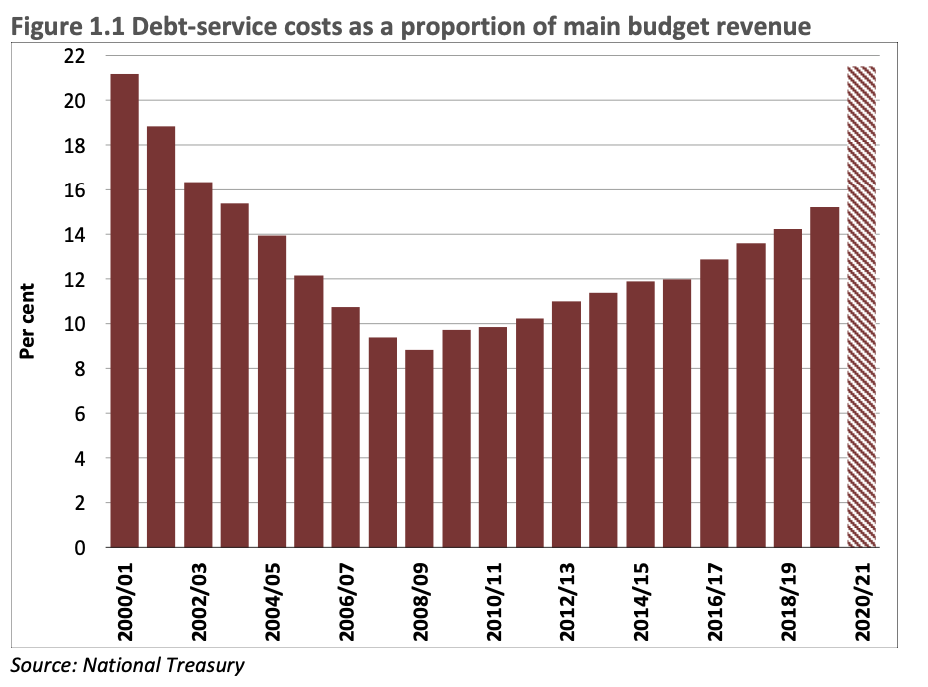 The big numbers that the markets were looking for were the revisions to the projected debt-to-GDP ratios for the Budget deficit and the overall levels of debt, and they were shocking.

“Our early projection is that gross national debt will be close to R4-trillion, or 81.8% of GDP by the end of this fiscal year. This is compared to an estimate of R3.56-trillion or 65.6% of GDP projected in February 2020,” Mboweni said. Most of this surge stems from the revenue shortfall and massive payouts from the Unemployment Insurance Fund. Gross revenue collection for the first two months of the fiscal year was already R-35.3-billion behind target.

“A sovereign debt crisis is when a country can no longer pay back the interest or principal on its borrowings. We are still some way from that. But if we do not act now, we will shortly get there,” he said.

That has long been the ANC’s nightmare, as it would likely require an International Monetary Fund (IMF) package with all of the austerity measures that it entails and ultimately a loss of sovereignty. 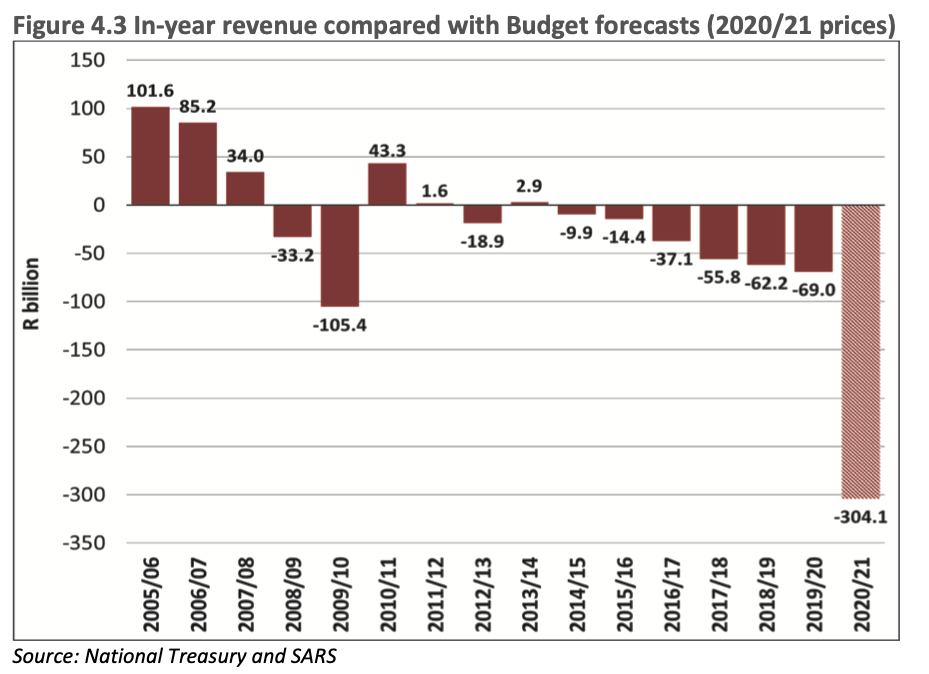 “The results are devastating. Interest rates skyrocket. Spending has to stop. Inflation takes hold and people grow much poorer. This is what happened to Germany in the 1920s, to Argentina and to Zimbabwe in the early 2000s, and to Greece in the past few years. Argentina had its ships attached. Greek civil servants and pensioners had their salaries and pensions slashed. In short, it is doom and despair. We have been there before: in its closing days, the apartheid government had to declare a debt standstill,” Mboweni said.

So in three years’, the government is aiming for a Budget surplus, but such projections at this point are effectively thumb-sucks and point to some bruising political and ideological battles ahead.

Debt is the elephant, or hippo, in the room.

“Debt is our weakness. We have accumulated far too much debt; this downturn will add more. This year, out of every rand that we pay in tax, 21 cents goes to paying the interest on our past debts.

“This indebtedness condemns us to ever higher interest rates. If we reduce debt, we will reduce interest rates for everyone and we will unleash investment and growth,” Mboweni said. 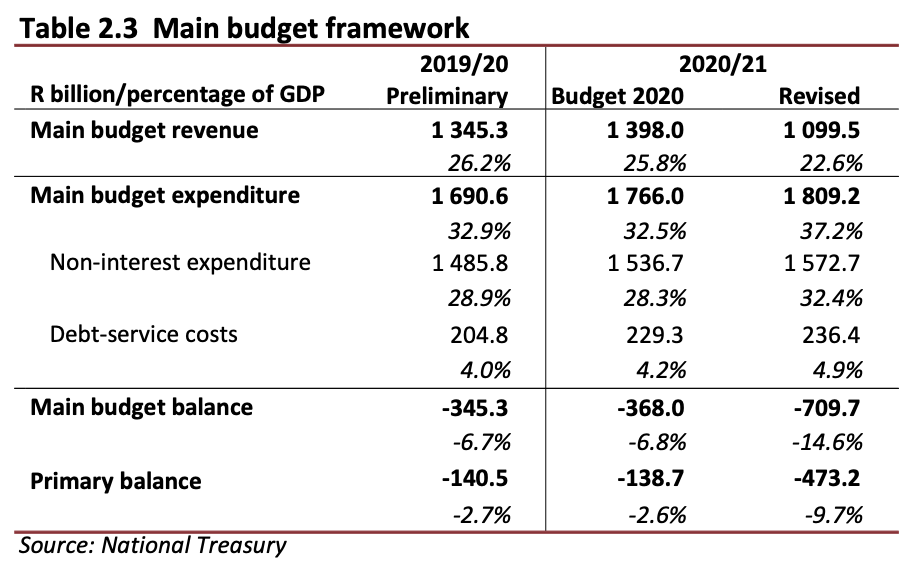 One of the problems with the hippo is that the South African economy is getting smaller. It’s not exactly an antelope yet, but after years of low growth it is fast shrinking. Treasury’s projection now is that the economy will contract 7.2% in 2020 and that looks optimistic compared to most forecasts by economists.

If the contraction is bigger, then the projected debt-to-GDP ratio will be bigger, bringing the crisis Mboweni warned of even closer. And without economic growth, the hippo that is South Africa’s debt burden will keep on feeding. DM/BM