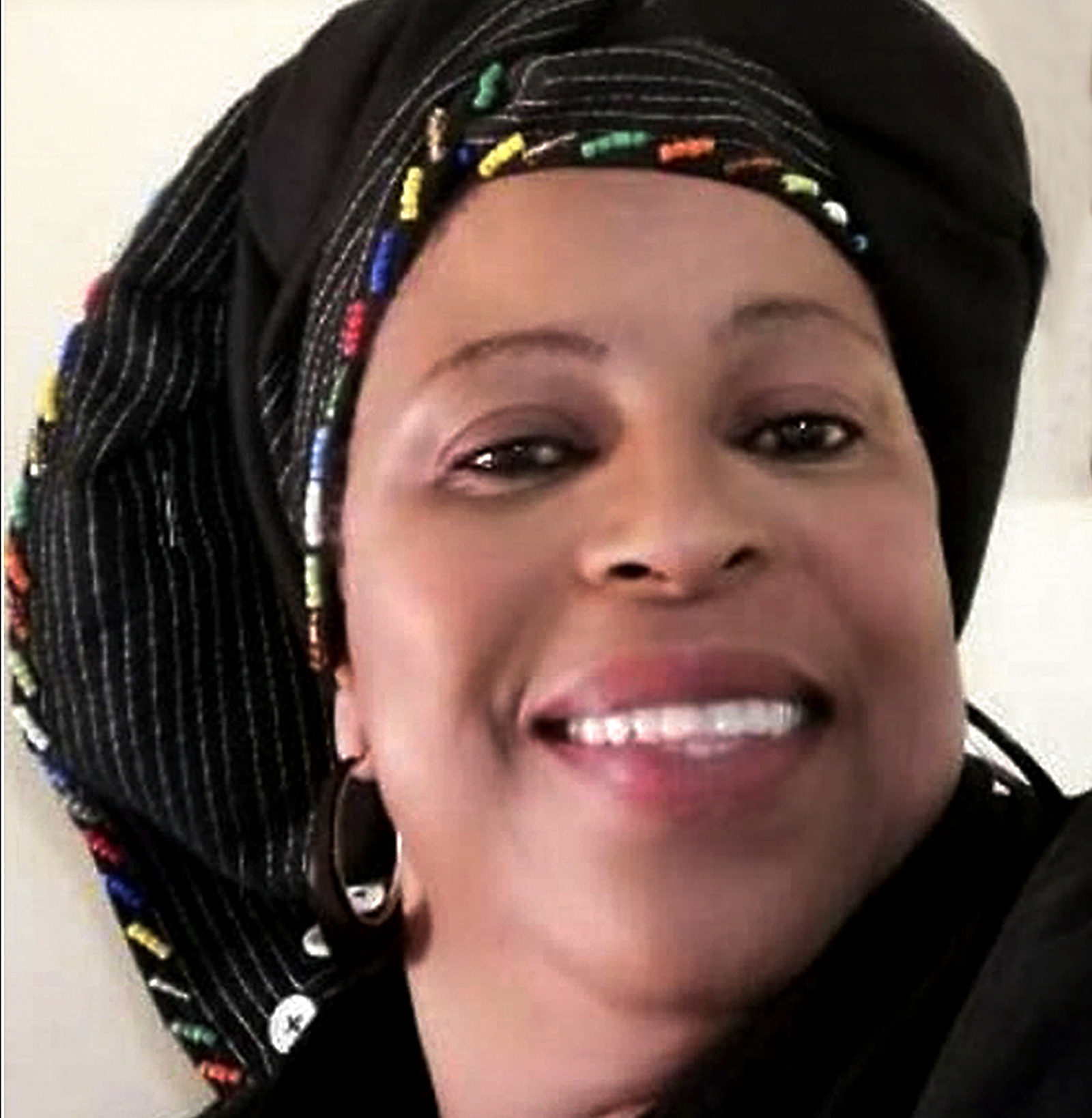 A teacher at a Khayelitsha school claims that if provincial authorities had heeded her warnings, the death of a colleague might have been prevented.

On Saturday 20 June, teacher Nomonde Bukani’s funeral in Khayelitsha was attended by her two daughters, her granddaughter, and her sister. She was described as vibrant, full of life, ever-smiling and loving.

Bukani succumbed to Covid-19 on 13 June after resuming her teaching duties at Yomelela Primary School in Khayelitsha’s Site B on 25 May. This, despite an alarm raised by another teacher at the school, Claire Tomkyns, that several staff had returned to work with flu-like symptoms. Tomkyns approached Daily Maverick last week, saying she feared for her own life and those of teachers at the school, many of whom have comorbidities.

“It’s now a case of life or death,” she told Daily Maverick.

Bukani was 59 at the time of her death. She taught Grade 3 classes. Bukani’s best friend, Vuyiswa Dunjana, 58, also a Grade 3 teacher at Yomelela, tested positive for Covid-19, too.

“On 4 June, we were told by the principal that one of the staff had tested positive,” Dunjana told Daily Maverick. “The principal advised us that those who want to get tested should do so. So we – Nomonde and I – went to the testing station. I was feeling feverish… Nomonde as well. We both tested positive.

“I got my results on the Saturday, she got hers on Sunday. I treated my fever at home – fortunately I had medicines with me. I was taking Flu-stat tablets. After three or four days, I was feeling better. Nomonde was complaining about chest pains… she was sending me voice notes. I could hear in her voice that she was not okay. She was at her house. The last time I heard from her – I think it was the Thursday before she was admitted – she sounded bad. On the Saturday when she passed away, her daughter phoned me from the hospital. I confirmed with the sister at the hospital. It all happened very, very quickly.”

Over the WhatsApp call, Dunjana’s voice has grown teary. Asked where she thought they might have contracted the virus, she replies: “At school, for sure. We were on strict lockdown, before. We were not even visiting each other. When the schools opened we had no flu, nothing; during lockdown we had no flu, no headaches. At school, there were staff with flu symptoms and it spread. Even though we had that social distancing story.

“My heart, you don’t know the pain I am feeling. They should have tested all the teachers when the first symptoms were there. I went for another test today, to make sure I’m negative. I’m expecting people to come and decontaminate my house, then I’m supposed to go back to school on Monday, for the first time since 4 June. But I’m scared.”

Meanwhile, Tomkyns told Daily Maverick that she first notified the school’s principal, Sibongiseni Dlaku, about unsafe working conditions at the school on 31 May – followed by emails to the  Western Cape Education Department’s (WCED) head, Brian Schreuder, and then to Premier Alan Winde.

Daily Maverick is in possession of the correspondence with the provincial government officials, in which Tomkyns points out that the school is not safe. She also refers to her own comorbidities and ambiguity around “the work from home concession” for vulnerable teachers. The first email to Schreuder is dated 4 June, and the first to Winde is dated 8 June. Tomkyns claims the only response she received from the provincial government was that her allegations were “unfounded”.

When a colleague tests positive, panic sets in. Understandably so. Education cannot make medical decisions, despite education saying it is ‘common sense’. Teachers are repeatedly told that they need to take responsibility for their own health too, without any understanding of how the Covid-19 scare is impacting psychologically. The fear is real.

“My desperate appeals just fell on deaf ears,” she says.“Well, now a beloved colleague and outstanding educator is lost to us. Her death could have been avoided if our staff had been quarantined after our first positive result, which was on 3 June 2020.

“Mrs Bukani and seven other staff went for testing on the fourth and the fifth of June. She had been feverish, but she came to work nevertheless. Mrs Bukani taught Grade 3s. She was an excellent teacher with a wonderful, colourful classroom, lots of pictures on the walls, her classroom was like a private school classroom. She had the most strikingly beautiful face.

“The thermometer did not pick up her fever. Our thermometer was definitely broken… Most of us recorded temperatures of between 22°C and 35°C. So Mrs Bukani became sick, then an ambulance picked her up from her home on 6 June and took her to Melomed Mitchells Plain where she was admitted to the intensive care unit.

“She died on June 13. A notice on the bereavement was circulated at the school,” said Tomkyns.

“On 11 and 12 June, government officials came to check up on the school. They appeared to have found that nothing was amiss – not even the thermometer. Then, two days later, someone dies. Are teachers just going to be forced to continue working despite this exposure, until we are either dead or immune? Having someone you care about die is not something I can ignore. I can’t just do nothing and wait for the next death.”

Tomkyns showed Daily Maverick a document which records her temperature as 32°C. This is not possible, as the human body’s temperature measures between 36.5 and 37.5°C – with hypothermia setting in below 35°C.

Responding to a question about the faulty thermometer, Schäfer’s spokesperson, Kerry Mauchline, said: “No report has been received by the district that thermometers are malfunctioning. The principal of the school has confirmed this.”

Millar told Daily Maverick: “I was made aware of the situation at the school by a teacher on 8 June 2020. I contacted her immediately by phone and chatted with her about the matter. I referred the matter to the district office immediately and received a response (on 11 June) that the ‘district had dealt with the matter extensively’. I sent a further email from the teacher who reported it (again) to the Department of Labour, who did a site inspection.”

Responding to Tomkyns’ allegation that her pleas were “ignored”, Mauchline says: “The Premier’s office replied to Ms Tomkyns’ correspondence to inform her that the matter had been referred to the WCED for response. Ms Tomkyns admits in one of her emails that the department has in fact responded to her. The department investigated her concerns and also reported to the department of labour during a visit from them in this regard (in the presence of union officials). She was not satisfied with the outcome, but this does not mean her concerns were ‘ignored’.”

Mauchline adds: “Whenever a confirmed case of Covid-19 is reported at a school, the guideline on management of cases is followed. This includes distinguishing between direct (close) contact and casual contact. Only direct contacts are required to isolate. The guideline was developed in conjunction with the Department of Health.”

Daily Maverick is in possession of a doctor’s letter outlining Tomkyn’s comorbidities. In the letter, dated 5 May, a local healthcare practitioner writes: “This teacher has been a patient under my care for many years. She should not be subjected to work with groups of children directly during this current Covid-19 pandemic, until a safe vaccine becomes available. She is definitely a high-risk patient for contracting this illness and I fear her immunity is not good enough to fight it off.”

Tomkyns asked Daily Maverick not to reveal details of her medical conditions, merely saying how a bout of flu last year had left her hard of hearing in both ears. While speaking to Daily Maverick over WhatsApp, she used a hearing aid in each ear. Tomkyns has applied for a concession to work from home, but argues that she should not be made to go to school while waiting for it to be approved.

In response, Mauchline says: “An application from Ms Tomkyns is currently being reviewed by head office. Unfortunately, we can’t comment on the nature of her application as this is a matter of private medical records.”

Tomkyns, 52, lives in Durbanville. She has taught maths at Yomelela for the past four years; and before that at prestigious schools including Grove Primary, Bridge House, Reddam House, and Herschel Preparatory. In her LinkedIn resumé she says: “I am very interested in the development of literacy and numeracy. I possess good communication, critical thinking and networking skills.”

However, with stark pandemic fears now affecting her daily life, Tomkyns says she is teetering on the brink of emotional collapse.

“To be honest, I am paralysed with fear,” she says. “I am so afraid because my life and the lives of my colleagues and learners are in the hands of people who do not think critically and do not care about us at all.

“I’ve become depressed from the stress. I have permanent tension and anxiety. I have a letter from my psychologist about this. I am normally a strong, capable person, but I have cracked and I am struggling to cope. Many teachers feel the same way.”

“One school closes down for one day, while another has to remain open,” he says. “Teachers are especially anxious as they hear both the number of infections and deaths among teachers rising. It is not good enough just to differentiate between ‘casual’ and ‘close’ contact. When a colleague tests positive, panic sets in. Understandably so. Education cannot make medical decisions, despite education saying it is ‘common sense’. Teachers are repeatedly told that they need to take responsibility for their own health too, without any understanding of how the Covid-19 scare is impacting psychologically. The fear is real.

“The risk is high in any environment where Covid-19 can be transmitted. The science on the virus is not yet unambiguous enough to say children do not transmit or get infected. Perhaps not to the extent that adults do. The South African Paediatrics Association can say what it likes. This virus behaves unlike any other. Do not quote stats, or latest research, to a family member who has lost someone to Covid-19 who works in education (or any other sector),” said Millar. MC