Suspended CSA CEO set to know his fate in the coming da... 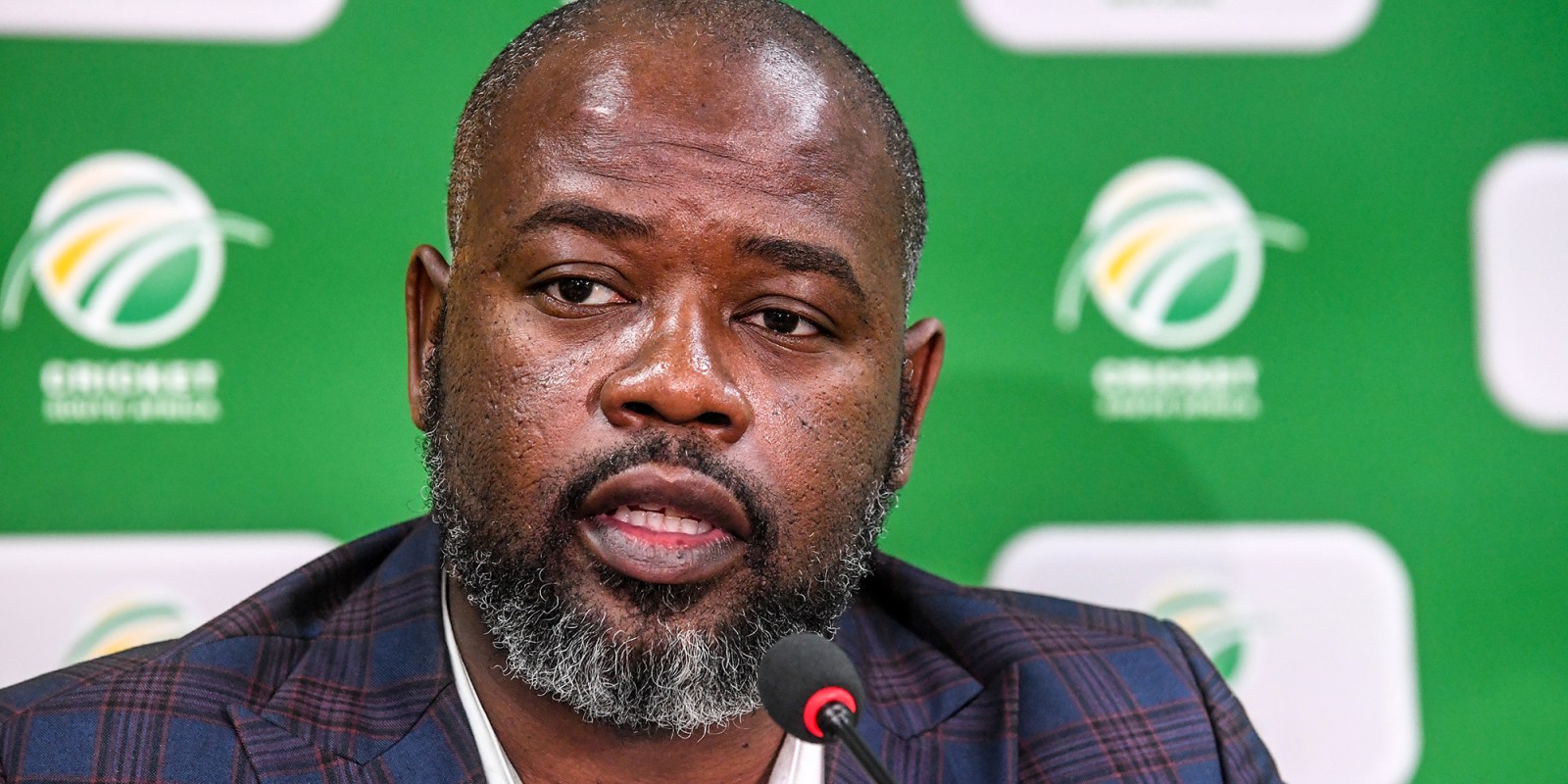 Happenings at Cricket South Africa came under the microscope at a presentation to the Sports, Arts and Culture oversight committee on Friday.

Cricket South Africa revealed in a presentation to the Sports, Arts and Culture oversight committee that suspended CEO Thabang Moroe declined to be interviewed by auditors carrying out an independent forensic investigation into governance issues at the organisation.

“Auditors were not able to consult with Thabang Moroe regardless of various attempts to do so,” read a line from the presentation.

Moroe recently attempted to return to work, saying his suspension was over. However, CSA countered that he remained suspended pending the results of the investigation into his actions. It was the latest wave of drama around the federation.

In a 45-page document, CSA gave an extensive overview of its governance structures and the terms of reference of the forensic auditors, which included the following:

The federation highlighted to the committee that Moroe, who was suspended in December 2019 for issues relating to poor corporate governance, was just one pillar of the investigation.

CSA said Fundudzi Forensic Services was the independent investigative firm appointed to look into the above issues. They were appointed on 6 March 2020, in an attempt to determine:

At the briefing, CSA president Chris Nenzani, was joined by acting CEO Jacques Faul, as well vice president Beresford Williams. The trio, led by Nenzani gave details into the progress of the forensic report as well as other issues the federation is faced with.

The president pointed out that they expected the forensic report in its entirety to be in their hands by the end of June 2020. However, he did say that the investigation into the conduct of Moroe would be in the hands of CSA by Friday, 19 June.

“There will be a report that will be received at the close of business today. And that report will go to the person who was elected by the CSA members council to be the contact with the investigators. That report will deal with matters surrounding the suspended CEO. Once that report is received, required action will be taken as soon as possible,” said Nenzani.

“Then by the end of the month (June) the forensic auditors have promised us that they will give us the full and complete report,” he added.

One of the committee members, Tsepo Mhlongo of the Democratic Alliance (DA) asked why the board members, under whose watch some of the actions being investigated had taken place, had not resigned.

However, Nenzani said it was not up to the board members to remove themselves as elected leaders. He said that onus was on the members council.

This led to Economic Freedom Fighters (EFF) member Sindile “Ringo” Madlingozi stating that, “Mr Nenzani is not answering questions, he is generalising.”

Things got more interesting at the tail end of the sitting when Minister of Sports, Arts and Culture Nathi Mthethwa chipped in, cutting Nenzani down to size.

Earlier during the sitting, Nenzani had responded to a question whether, by having Faul, Graeme Smith as director of cricket, Mark Boucher as Proteas head coach and Jacques Kallis as batting coach, CSA was regressing in their transformation milestones of recent years.

Nenzani responded by saying all the people mentioned had been appointed on merit, not race – adding that CSA viewed them as the perfect candidates to steer the CSA ship to calmer waters.

“I feel particularly insulted by that statement. Because what it says to me is that the posture being taken is that you’ll have black people in areas which are not the core. I’m talking of the key five positions, and it’s one black person – and that person is deputy to the coach. So, I’m raising that just to make a point that I’m not going to be smiling at that kind of statement,” said Mthethwa in response to Nenzani’s claim.

The minister went further by saying that the recent 3TCricket exhibition match that CSA announced for 27 June was not an official event yet, that it was still subject to approval from the government – particularly the department of health. DM