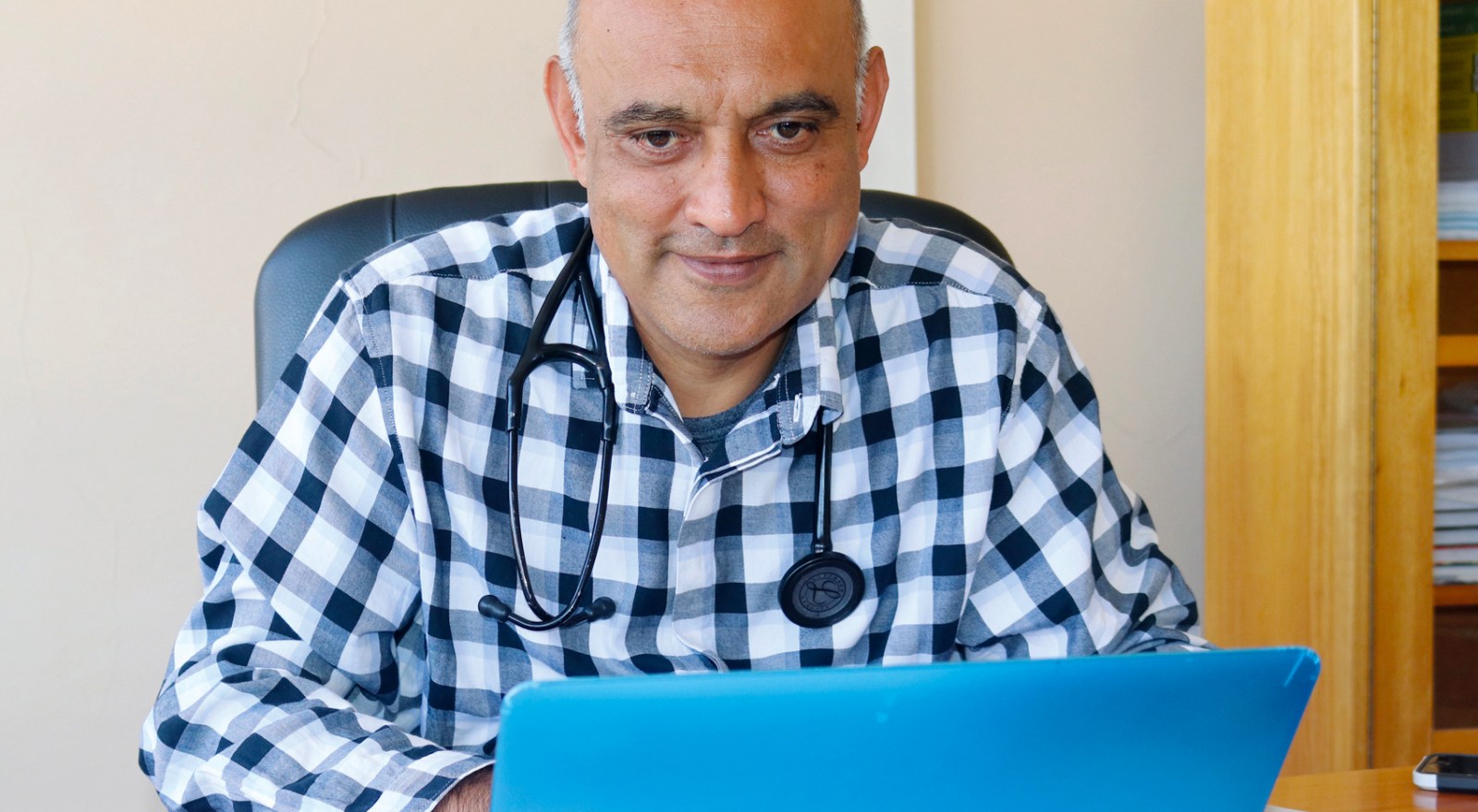 As Covid-19 cases begin to surge in North West, in a “bizarre” move the provincial health department suspended one of the province’s leading clinicians for reasons that are unclear.

When a suspension letter arrived on Monday for Professor Ebrahim Variava, the head of internal medicine at Tshepong Hospital in Klerksdorp, the specialist doctor was in the midst of treating a Covid-19 patient and training doctors in the province on intubation procedures.

His suspension has been called “bewildering and bizarre” not just because the charges against him have been flimsy, his supporters say, but because the move is completely out of step with an “all hands on deck” strategy to combat the pandemic.

By Tuesday the province had 1,281 confirmed cases and five deaths.

Variava had for weeks been warning that North West is far from ready to deal with the Covid-19 crisis. He’s also flagged that a locally appropriate response strategy for the province remains absent even at lockdown Level 3. Variava and senior specialists in his department had on their own volition launched the intubation training programme to familiarise doctors from across the province on specialised ICU ventilation procedures that will be needed as possible life-saving intervention in severe Covid-19 cases.

The three-page suspension letter does not set out exactly what Variava is under investigation for or what specific allegations have been made against him.

The letter is signed by Polaki Mokatsane, the province’s Deputy Director-General of Hospitals and Clinical Support Services. Mokatsane was CEO of Tshepong Hospital until September 2019.

The letter states that Variava is suspended on full pay pending an investigation into “serious allegations of impropriety during a Zoom meeting on 8 June”. Mokatsane was present during this Zoom meeting. Other allegations against Variava include allegations by “various colleagues for acting in a manner that compromised the principles of medical ethics; failure to exercise his duty to his colleagues and thus acting in contravention of the healthcare profession; and conduct that has brought the North West Department of Health and the medical profession into disrepute”.

Suspicions are that Variava’s challenge of the DDG’s plan of action for Covid-19 preparedness put him in his crosshairs and marked him as a “troublemaker”.

Variava was part of a group of 78 doctors who wrote an open letter of concern in April 2018 outlining multiple crises impacting the North West healthcare system.

He also recently raised the alarm over medicines shortages from the Essential Drugs Lists being out of stock in the province intermittently for at least the last two years. It hit a crunch in May (when Spotlight reported on it). Among the drugs not available were those needed to sedate and intubate patients in the event of patients needing to be put on ventilators. Variava was one of four doctors who spoke to Spotlight at the time.

After the article was published, several other doctors came forward corroborating the deepening crisis which Mokatsane called, when he was interviewed at the time, “a challenge, not a crisis”.

Variava and those who spoke to Spotlight said they had exhausted the usual internal channels to raise the issues of intermittent drug shortages and turned to the media as a last resort. They, however, said they believed firmly that in the aftermath of the Life Esidimeni tragedy, doctors have a duty to speak out to save lives.

Mokatsane added at the time: “We have one specialist, who is Professor Variava, who feels he is the only person who is the advocate for patients across the province.”

In the weeks before his suspension, Variava was removed from a department WhatsApp group set up to deal with the Covid-19 crisis. He had also been asked to leave Zoom meetings or told to keep quiet even as he tried to outline the unique scenario at Tshepong hospital.

Variava has worked at Tshepong hospital for 19 years and is also a senior lecturer and researcher at Wits University. Responding to his suspension, Variava says he “remains a committed clinician” and remains unapologetic, fighting for patients’ rights and teaching young doctors to fight for patient empowerment.

“I believe that this has become a personal attack and I will work to have my suspension cancelled and I intend challenging this move because I need to get back to my patients,” he said.

At the time he left Gauteng to work in the North West hospital, he was the facility’s only registered specialist. Today his team has 10 specialists, and are training 10 registrars, 14 interns and 10 medical officers. He oversees the largest drug-resistant TB unit in the country and the unit continues to undertake groundbreaking research. Variava has published over 90 peer-reviewed articles in international journals.

Variava has also launched smaller interventions that have added to making Tshepong Hospital what the North West Department of Health itself calls a “Centre of Excellence”. The introduction of a patient booklet system, for example, has allowed all patients to keep an exercise book with all their medical details with notes from doctors, traditional healers and nurses they’ve ever consulted. The booklet becomes an important reference document when hospital files can’t be located or when patients move to other areas.

Since news circulated on Tuesday of Variava’s suspension there has been mounting pressure on Mokatsane to withdraw the suspension.

Professor Neil Martinson of the Perinatal HIV Research Unit (PHRU) launched a petition on Tuesday calling for the withdrawal of the suspension. By Wednesday morning the petition had been signed by 250 health professionals, including many leading researchers and public sector clinicians.

The PHRU’s accompanying statement reads: “We feel none of the poorly drafted charges bear any relation to Professor Variava’s conduct and dedication to both patient care and academia.” It also details Variava’s contribution to studies on the treatment and epidemiology of HIV, TB and drug resistant TB.

“In North West province, almost all Covid-19 patients are admitted to the Internal Medicine Department at Tshepong Hospital. It is extremely worrying that at the precise time when the epidemic is rapidly rising, that the leader of this department is suspended,” says Martinson. “Patient care will be compromised and, in this time of crisis, why would you cut off your leg to run a race?”

The South African HIV Clinicians Society also issued a statement saying they are “dismayed at the suspension”. In calling for its withdrawal they said, “Prof Variava is known to be a principled clinical activist, who is dedicated to his patients, as well as a passionate academic, internationally renowned for his cutting edge research… the best interests of the patients, the hospital and its community are clearly not served by the suspension of Prof Variava.”

The Infectious Diseases Society of Southern Africa said in its statement: “His suspension adds to the severe deficit in leadership at this time and leaves patients and medical doctors without supervision and access to a dedicated specialist in an already service delivery constrained part of the country.”

In its response, the North West Department of Health denies that a personality clash is what led to the suspension. Spokesperson Tebogo Lekgethwane says the suspension is “a precaution, pending an investigation” but couldn’t give a timeframe for when investigations are expected to be concluded. “Like all other disease burden contributors, Covid-19 is managed in a team context and is not dependent on any one person,” Lekgethwane said. DM/MC