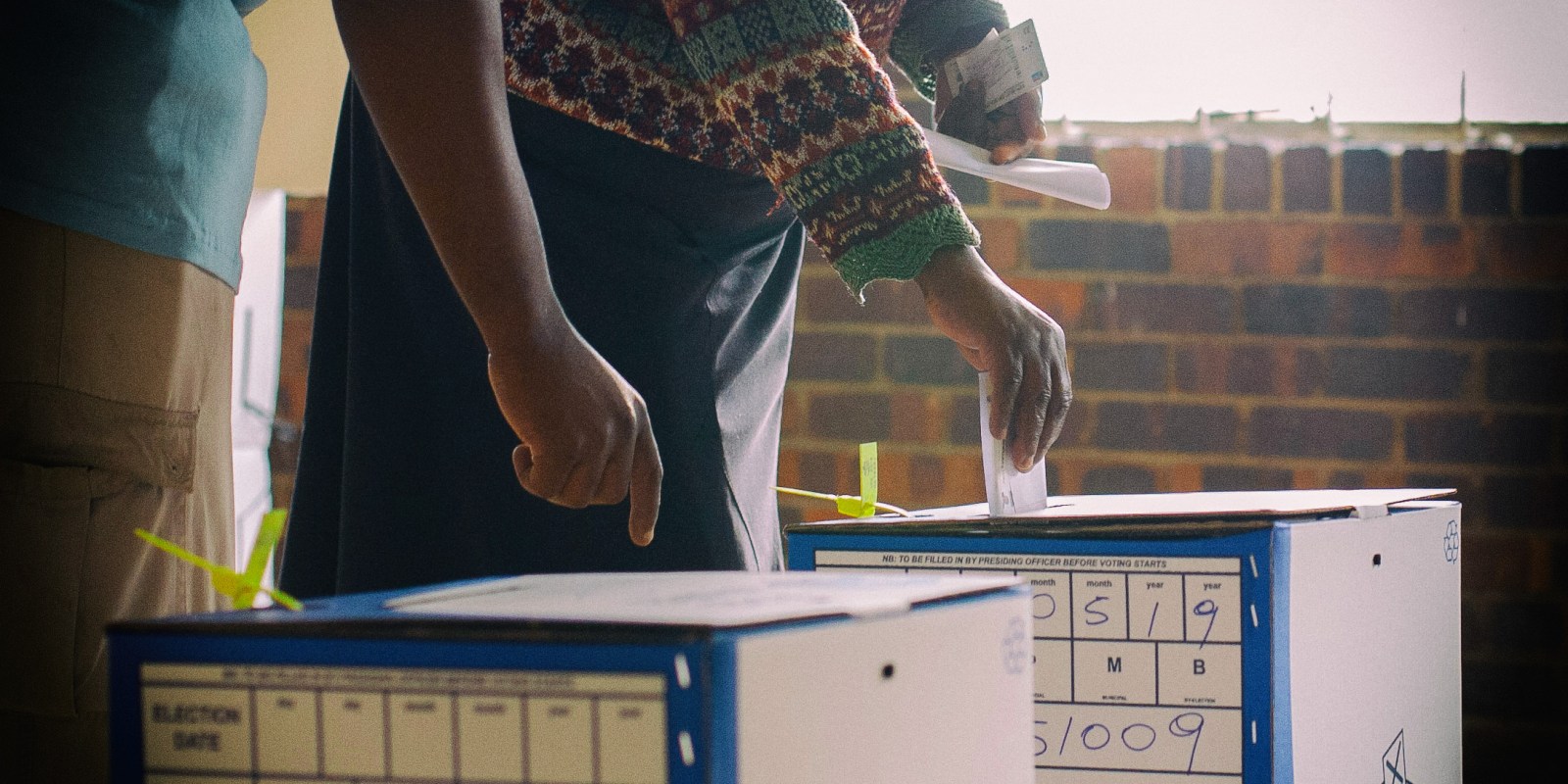 South Africa is too young a democracy to be daunted by the process of reforming its elections, says the writer. (Photo: Greg Nicolson)

The Constitutional Court has ruled that the Electoral Act is unconstitutional as it does not currently allow for independent candidates at provincial and national levels. The ruling is a victory for all South Africans.

South Africa’s current electoral system is proportional representation (PR) based on a closed party-list system. This means that in a national voting population of 25 million people, with 400 seats in the National Assembly, it takes a maximum of 62,500 votes (depending on voter turnout) to win a single seat in Parliament.

Under a full PR system, those votes can come from anywhere within the borders of South Africa. You could win 12,500 votes from around Limpopo, 30,000 from the City of Johannesburg and 30,000 from Kimberley and win a seat in Parliament. Who you would represent there is anyone’s guess.

Individuals cannot run in a PR party list-system, firstly because the current law prescribes that only political parties may contest elections at the provincial and national level, and secondly because if a single candidate were to win, say, 125,000 votes, they would have no means to allocate the votes for that second seat.

Once a party fields more than one candidate, it has to rank them (number one and number two, for example). Once candidates have to be ranked, a system for ranking them has to be put in place – why should candidate number one have a higher chance of being elected than candidate number two? Once you have a ranking system, you have the seeds of a closed and patronage-based system of internal contestation which has rotted political parties from the inside out for generations.

In my former party, the Democratic Alliance, this was jokingly referred to as “electionitis” an affliction which prioritised internal campaigning, back-stabbing colleagues and back-scratching party bosses, over the simple work of serving the electorate. The real electorate in a party system is other politicians, not the voters who elect them.

This is why last week’s Constitutional Court victory for the New Nation Movement is a victory for all South Africans. Would-be MPs and MPLs must now seek the vote directly from the electorate, not from their party bosses.

To enable individuals (as opposed to parties) to stand for office, Parliament will have to develop a constituency-based electoral system in which individual candidates (whether or not they are party representatives) can only stand in a single district and run head-to-head with other local candidates for a parliamentary seat in the National Assembly.

The drafters of our Constitution were working within the context of high racial tensions at the birth of South Africa’s democracy, and they anticipated that votes would always be cast along racial lines. In a full constituency system, there is always a risk that ethnic and racial minorities are not represented in national politics because of the dynamics of population distribution.

Using the earlier example, where 25 million voters must choose 400 MPs: in a district of 62,500 eligible voters, this means that an individual candidate would have to win 50% or more of the available votes – 31,251 votes or more (at maximum turn-out) to be exact – in order to go to Cape Town to represent their district. But what about the remaining voters? The 31,249 people who didn’t choose the winning candidates? How would such a system represent their interests?

There are many examples of countries around the world – such as the United Kingdom – where it is possible for a political party to win 30% of the vote nationally, but not gain a single seat in Parliament, because the local seats that they contested were marginal and the party’s candidates all came second.

Sections 46(1)(d) and 105(1)(d) of the Constitution compel Parliament to draft electoral law which “result(s), in general, in proportional representation”. This means at least part of the electoral system has to be proportional or represent the national will of the people. The drafters of our Constitution were working within the context of high racial tensions at the birth of South Africa’s democracy, and they anticipated that votes would always be cast along racial lines. In a full constituency system, there is always a risk that ethnic and racial minorities are not represented in national politics because of the dynamics of population distribution.

Countries around the world – including Germany, South Korea, Lesotho and New Zealand – have dealt with this challenge by introducing a mixed constituency/PR system, in which some seats are drawn from party lists and some seats are drawn from constituency elections. In other countries, like France, a run-off system forces a second-round election if no candidate emerges with 50% of the vote. The ballot is reduced to the top two candidates in the second round, and a more decisive victory for the winner is sought. Others still have evolved systems which reallocate some of the losing candidates’ votes on a ranked system basis, enabling the political parties of second and third candidates to still find representation in the national Parliament.

So it would seem that the best possible system for a South Africa that needs both better representation and more accountability is a mixed system which embraces the best of both the PR and constituency models.

In direct electoral systems, for example, elected MPs and MPLs can be held accountable for their performance through a recall system, which enables citizens to petition for the removal of non-performing MPs from their seats, triggering a by-election to replace them. Parliament now has the opportunity to write a recall clause into the amendment to the Electoral Act.

South Africa is too young a democracy to be daunted by the process of reforming its elections. Indeed, there are plenty of examples of broken democratic systems around the world which no longer serve the people, but which have no ruling from their highest court ordering reform.

The point of outlining all of these systems and their effects is to illustrate that diverse models have been developed around the world against which South Africa now has a historic opportunity to bench-mark itself as we work to build a more representative, more accountable system which gives more power to the people. We should not fear or shy away from this incredible opportunity; rather, we should embrace it with the courage, ingenuity and creativity necessary to move our democratic dispensation to the next level.

This is not a process that South African citizens can sit out – 24 months seems like a long time; it is, in fact, the blink of an eye when dealing with this level of complexity and when the political stakes are this high, especially for the re-election prospects of the MPs and MPLs currently sitting in Parliament and the legislatures.

Political party bosses may feel incentivised to block the deliberation and amendment process or to dilute the requirements of the Constitutional Court order. That’s where citizens and civil society come in. The court has pronounced correctly, and citizens now have a duty to ensure the letter and spirit of the judgment is honoured in the drafting process by participating meticulously and relentlessly in the public participation process that will soon ensue.

South Africa is too young a democracy to be daunted by the process of reforming its elections. Indeed, there are plenty of examples of broken democratic systems around the world which no longer serve the people, but which have no ruling from their highest court ordering reform. We are very fortunate and owe a great deal to the New Nation Movement and its amici curiae, for tirelessly and successfully bringing this court application after so many parliamentary and other processes failed.

Now is the time for South Africans across sectors and communities to grasp the nettle and lead the process of reform and renewal for our fledgeling democracy. DM

Lindiwe Mazibuko was the first black woman in South African history to be elected Leader of the Opposition in Parliament. A UCT graduate, she holds a Master of Public Administration from Harvard University’s John F Kennedy School of Government, where she was also an Edward S Mason Fellow. She is a World Economic Forum Young Global Leader and an advisory committee member at Apolitical.