‘They come to school not having bathed or eaten’ 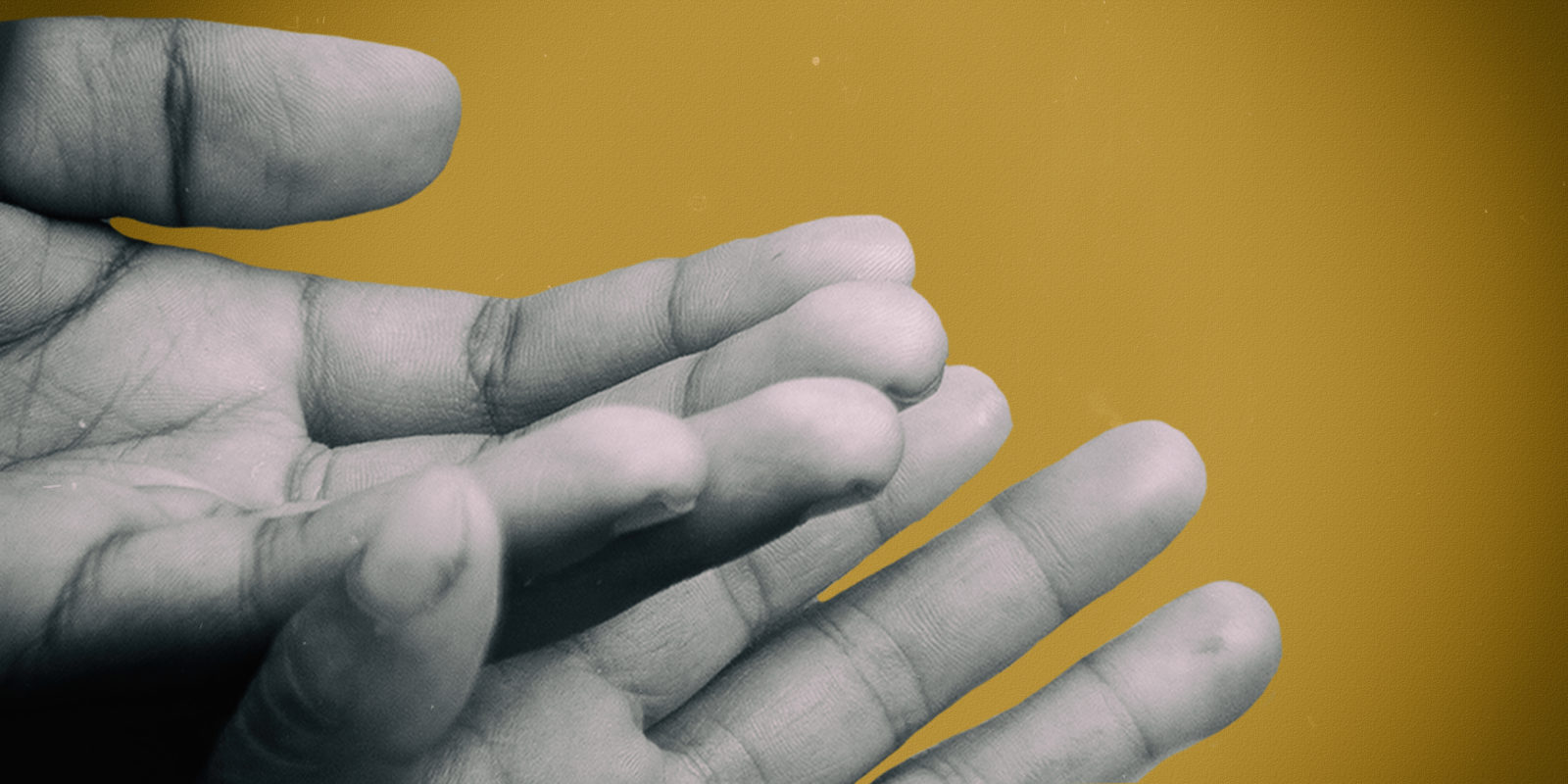 South African children receive biscuits from the Groundbreakers community feeding program in Ocean View, Cape Town, South Africa, 13 April 2020. The Petersen family runs the Groundbreakers feeding program from their home in Ocean View which helps many vulnerable families in a community that is severely affected by gangsterism, drugs and crime. Many residents rely on the one meal a day they receive from Groundbreakers at this time due to unemployment. Donations for this feeding scheme are received at 21 Mzar Crescent Ocean View. The South African government has extended a total lockdown of the country until the end of April to try stem the spread of the coronavirus SARS-CoV-2 which causes the Covid-19 disease. (Photo: EPA-EFE/NIC BOTHMA)

Julia (not real name) is a member of the school governing body at Vhulaudzi Secondary school in Tshitavhamudzulathungo Vhulaudzi Village, a village situated in the Vhembe District of Limpopo. She shares how the suspension of the school feeding scheme has impacted on learners and their families.

‘The living conditions of some of the learners are clear from their uniforms and shoes. They have no school uniform, they come to school not having bathed or eaten.’

Julia (not real name) is a member of the school governing body at Vhulaudzi Secondary school in Tshitavhamudzulathungo Vhulaudzi Village, a village situated in the Vhembe District of Limpopo.

“Vhulaudzi High School caters for 503 learners. The school is a Quintile 1 school and is a no-fee paying school. There are 74 matric learners that returned to school on 8 June 2020. The rest of the learners remain at home.

“There are some poor and some working class families whose children attend the school but the majority of parents of learners at the school are unemployed. Most parents solely rely on grants as a means of supporting their families. Some are domestic workers, some do physical labour like gardening and some do jobs around the farms.

“We also have learners from child headed households who are orphans with no one to take care of them at home.

“The living conditions of some of the learners are clear from their uniforms and shoes. They have no school uniform, they come to school not having been bathed or eaten.

“Almost all the learners at the school rely on the meal provided by the school through the National School Nutrition Programme. The programme runs well and there have historically been no issues with it. Every two weeks, food is delivered to the school and we have never run out of food. Learners receive one meal a day consisting of a starch (rice, samp or pap) served with cabbage, tinned fish or milk. They also get fruit once a week.

“The programme makes sure that our children get nutritious food every day and ensures that none of them go home hungry. Having a meal at school helps children to concentrate on their school work. Many learners who rely on the school meal don’t eat anything before school and do not have lunch boxes. The food they get at school is often their first meal of the day.

“During the lockdown some families with learners at the school received food parcels but the families getting grants were denied food parcels. Many families rely on the grants they get each month.

“The circuit manager came to the school on 8 June 2020 when schools reopened and addressed everyone on protocols. Educators were instructed to monitor the distribution of food. Learners were told to eat in their classes and cleaners would come in to clean once the learners are done.

“No information was provided by the circuit manager or anyone else about the other grades receiving food under the National School Nutrition Programme. As it stands, only enough food for 74 learners (our Grade 12 class) was delivered to the school.

“The SGB wants all learners who need a meal to be able to pick up food at the school so that they at least get a meal every day for the period before they return to class.” DM/MC