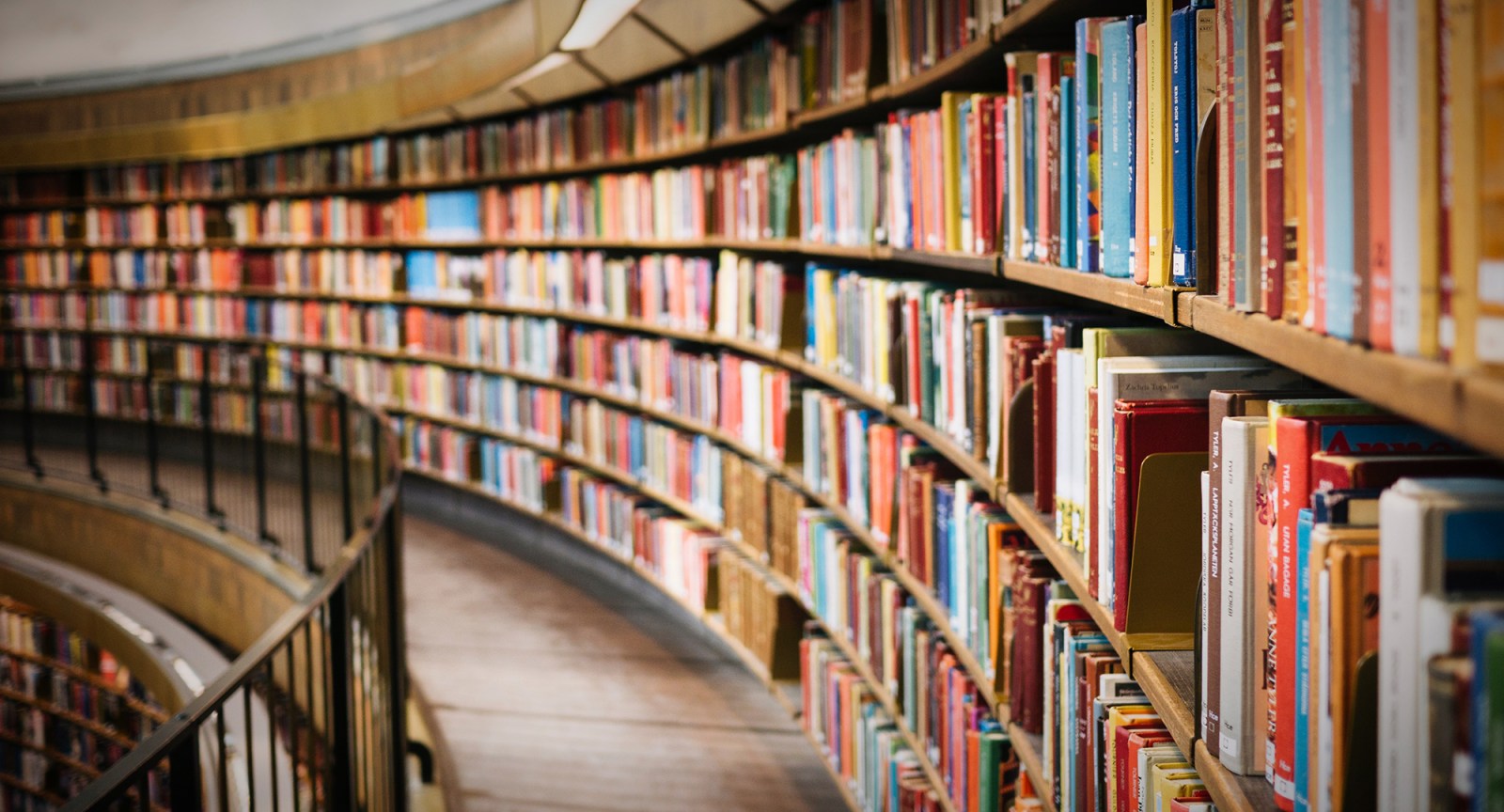 A storm erupted this week over an academic research paper by a globally known economics professor from UCT. This is how it has played out - so far.

Amid an outcry over claims of racism in an academic paper and counter-cries of threats to academic freedom this past week, the South African Journal of Sciences has stood its ground against calls to withdraw a controversial article by a University of Cape Town professor.

Instead, it announced on Thursday that it is to compile a special issue for the publishing of rebuttals of the work, as well as provide an opportunity for response by the author.

The article by University of Cape Town (UCT) economics professor Nicoli Nattrass, titled ‘Why are black South African students less likely to consider studying biological sciences?’ took the form of a two-page commentary on exploratory research conducted at UCT’s Institute for Communities and Wildlife in Africa (iCWild), where she is deputy director.

It was published in the respected academic journal on 27 May.

The exploratory research was based on an opportunistic survey among 211 UCT students and conducted by iCWild student researchers.

In her commentary, Nattrass notes “the survey results suggest black South African students are less likely to consider studying biological sciences than other students” and this was “linked primarily with  career aspirations … associated with materialist values and attitudes to local wildlife”.

In response to this article, on 4 June the Black Academic Caucus (BAC) at UCT released a five-page statement expressing that they are “outraged”.

The BAC stated Nattrass’s article reproduces “a variety of tropes about black students” and feeds into a larger narrative “that is neither kind nor charitable to black people”.

The BAC refer to Nattrass’s commentary as “patronising and dehumanising research” and state the “clearly bad science” can be used by white supremacists to further their own agendas.

They “strongly call” for the withdrawal of the article from the journal and for UCT to “strongly condemn” the research.

It is not known who, or how many members constitute the BAC as they do not make their membership, their executive, nor their structure publicly known. Their statements are released as unsigned documents. The only contact Daily Maverick could obtain via public platforms was their Twitter account and an anonymous email on their Facebook page.  When Daily Maverick obtained the name of a person believed to be the BAC chair, she denied being chair and directed us to another person who did not confirm her position but directed Daily Maverick to the BAC’s response via their anonymous email address. The response to questions about their membership and structure, was that the BAC would “not engage in peripheral issues that seem to detract from the focus on this bad and racist science and that seem to deflect from the call for the retraction of this article and the accountability of those responsible”.

On the same day as the BAC statement, UCT Dean of Science, Professor Maano Ramutsindela posted a statement announcing the Science Faculty did not endorse Nattrass’s article, saying it made “disturbing assumptions about all black South African students”.

The following day, 5 June, the UCT executive distanced itself from the content of “the paper” and stated they “are investigating the matter further”.

The UCT executive stated it was “concerned that the paper has methodological and conceptual flaws that raise questions about the standard and ethics of research at UCT” and that the paper was “constructed on unexamined assumptions about what black people think, feel, aspire to and are capable of”.

“The paper is offensive to black students at UCT; black people in general and to any academic who understands that the quality of research is inextricably linked to its ethical grounding,” stated the UCT executive.

The UCT executive, through media liaison Elijah Moholola, declined to answer questions related to the investigation, elaborate on what they stated were methodological and conceptual flaws in the paper, or clarify issues on ethical clearance for research, which Nattrass said she obtained.

UCT’s statement then unleashed a flurry of opinion pieces and letters in the media, including by Nattrass, expressing concern that their approbriation of one of their own scholars amounted to a threat to academic freedom.

On 7 June DA shadow minister of higher education, science and technology, Belinda Bozzoli weighed in that “UCT is on a slippery slope to censoring its own academics and must retract its ill-considered reaction to Professor Nattrass’s research paper”.

Bozzoli followed up with an article on Politicsweb on 8 June, in which she states: “What the University did was an abrogation of Prof Nattrass’s rights to academic freedom precisely because it was done by the University management, which was itself pressured by a group on campus calling itself the ‘Black Academic Caucus’.” (emphasis by Bozzoli)

On Tuesday, 9 June Nattrass defended herself in Part 1 of an opinion piece published in News24, in which she likens the BAC and some student activists to “self righteous thought police”.

On the same day the BAC released a second, nine-page statement to “address some of the issues raised over the last few days” and in which they double down their condemnation of Nattrass’s academic article.

Part 2 of Nattrass’s opinion piece, titled ‘The dangers of allowing the thought police to take over’, was published by News24 on Wednesday 10 June.

There have been numerous other opinions proffered by academics, journalists, and collectives offering varying degrees of support for the BAC’s concern over unethical research or Nattrass’s fear of academic censorship.

The main thrust of the BAC’s condemnation is that the research is unethical in that it is determined by questions which are loaded with assumptions about black South Africans’ culture and experience, which plays into harmful and racist tropes.

The defence of Nattrass’s works predominantly argues that its merits should be determined by academic critique and to prevent it from being published in the public sphere is the thin edge of the censorship wedge, which the UCT executive is enabling.

However, a number of allegations have surfaced in the resulting furore.

One is Bozzili’s statement that the UCT executive’s decision resulted from pressure by the BAC. This is supported by Nattrass in her second opinion piece. Efforts to determine the veracity of these claims have been stymied by both the BAC and the UCT executive, which says it will not answer questions on the matter as an investigation is underway.

Another allegation, alluded to by Nattrass in her second opinion piece, and mentioned by Professor Jonathan Jansen, is that the UCT executive contacted the SAJS editor requesting Nattrass’s article not be published.

In a telephonic interview with Daily Maverick, Jansen, who is chairperson of the Council at the Academy of Science of South Africa (ASSAf), which publishes the South African Journal of Sciences (SAJS), said he believed Nattrass “got it wrong” but “has the right to say what she says provided she can back it up”.

Nattrass vows that to her knowledge, the necessary ethical clearance was obtained, but admitted each faculty had their own ethical review processes governed by “Byzantine” bureaucracy.

“Research ethics reviews at UCT are devolved to the faculties, which have their own research ethics policies, within a broad framework approved by Senate several years ago. I am in the Commerce Faculty. Research involving human subjects must be submitted to review through a faculty-level process. My application was approved in 2019,” said Nattrass, who provided an approval reference number.

She said each of the 211 respondents to the questionnaire that informed the article she wrote, signed a consent form and “were informed verbally and in writing that they could refuse to answer questions and stop the interview at any time”.

Additionally, Nattrass said the questions drawn up for the survey which informed her article were presented as part of an institutional review where UCT scholars, including deputy vice-chancellor Sue Harrison, were present. No-one, including Harrison, raised any objections to the questions.

Harrison did not respond to an email sent Thursday afternoon asking her to confirm her presence at the institutional review.

But if the survey conducted by iCWild, which formed the basis for Nattrass’s article, passed UCT’s ethical review process, it adds a further dimension to the UCT executive’s decision to distance itself and investigate the matter, rather than let it play out through academic rebuttal within the SAJS.

Creating a special July issue to publish a collection of articles rebutting Nattrass’s original, as well as providing her the opportunity to respond, rather than waiting until September when the next publication is due, is what the SAJS plans.

The furore also highlights the need, amidst a global focus on science, technology, engineering and mathematics (STEM subjects) for the social sciences, or more broadly the humanities, to interact with the natural sciences in order to better inform ethics and concepts in research, says UCT Professor Lesley Green, who is deputy director of Environmental Humanities South.

Green said the entire debacle could have been avoided if the biological sciences had a working relationship with social scientists, not only an economist.

Nattrass agreed that “there is not much engagement with the humanities” and a prior conversation would have been “a bloody good idea”. West Cape News DM