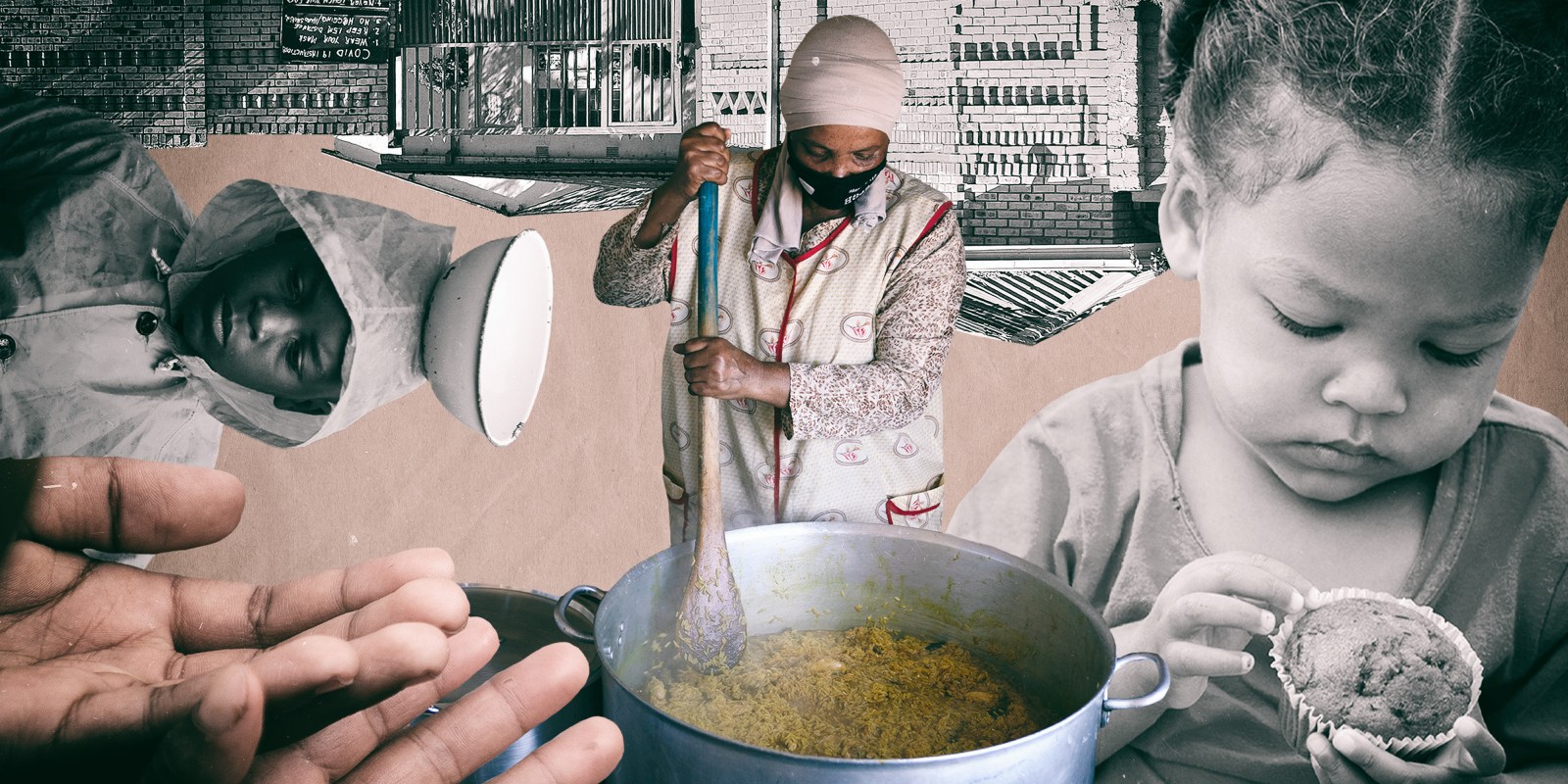 Millions of learners in South Africa are going hungry as the one meal they receive a day via their school feeding scheme has been removed under the Covid-19 lockdown. As Grades 7 and 12 learners return to school – which provides a daily nutritious meal – nine million children in other Grades are being excluded as the Department of Basic Education opts for a phased return to school. Two public interest law centres are heading to court in an urgent attempt to force government to feed hungry children.

SECTION27 and the Equal Education Law Centre (EELC) filed urgent papers in the North Gauteng High Court on Friday, 12 June 2020, in a desperate attempt to address the dire situation in poor schools where nine million learners are not receiving food at school as the Covid-19 lockdown put a stop to their only meal for the day. The organisations are hoping the court action will force the Department of Basic Education (DBE) to feed all learners, whether their classes resume or not.

SECTION27 and EELC are representing the School Governing Bodies (SGBs) at two Limpopo Schools – Vhulaudzi Secondary School and Mashao High School – as well as Equal Education. The court papers cite the respondents as the Minister of Basic Education, her Acting Director General, the MECs and Heads of Department in nine provinces.

The court application requires the DBE to immediately roll out the NSNP to all learners who qualify to receive a daily meal under the programme. Where this is not possible, the DBE is to devise and implement plans to do so.

Since the implementation of the Covid-19 lockdown, 12 million learners have not benefited from the daily meal provided by the NSNP for three months, with no alternative measures provided by the DBE.

The purpose of the NSNP is to respond to the existing hunger crisis in the country by providing learners, who, due to their socio-economic circumstances, may otherwise go hungry. The NSNP feeds 12 million learners nationally, however, as schools reopen for only Grades 7 and 12, nine million of those learners will be left hungry. It has been well established that without basic nutrition, learners face difficulties in concentrating on their school work. They further argue that the application is in line with vindicating learners’ constitutional rights, namely the right to basic education entrenched in section 29 and the right to basic nutrition entrenched in section 28 of the Constitution.

DBE Minister Angie Motshekga announced on 30 April 2020 that learners would start returning to schools as from 1 June 2020 in a phased manner and that this would begin with Grade 7 and Grade 12 learners. In addition to the minister’s announcement, the Director General (DG) of the DBE announced that the NSNP would also commence on 1 June 2020, coinciding with the return of learners to school. However, this would only be for Grade 7 and 12 learners, leaving the majority of learners without their daily meal.

In explaining this decision, Motshekga said: “We would have wished also to provide nutrition for grades that we have not phased in. But I had requested the sector and the MEC[s] to say maybe we need to wait a little. Get ourselves to acclimatise to the new environment, manage that which we are still struggling to get right before we can introduce new programmes. So there is intention to start the nutrition, but we just really need to find our feet in this new environment, be comfortable that we are able to manage this new environment we find ourselves in before we can get into more programmes. But we have intentions to do that.”

According to the application, however, this is a breach of the DBE’s undertaking to provide much-needed nutrition for learners and places further strain on their ability to learn on an empty stomach under the already extraordinary circumstances of the Covid-19 lockdown.

As a result of the halted NSNP, learners from Vhulaudzi Secondary School, and their families have had to survive on donations from family members, food parcels and social grants. At Bantabethu Jafta School, teachers at the school have taken it upon themselves to provide daily meals from their homes to some of the most vulnerable learners from the school.

According to a Vhulaudzi Secondary School SGB member: “Having a meal at school helps children to concentrate on their school work. Many learners who rely on the school meal don’t eat anything before school and do not have lunch boxes. The food they get at school is often their first meal of the day. During the lockdown, some families with learners at the school received food parcels, but the families getting grants were denied food parcels. Many families rely on the grants they get every month.”

SECTION27 and EELC argue that the NSNP funding allocation for the year has already been made, meaning there is capacity to fulfil its obligation. “The DBE has also published rules and given guidelines to all provinces to enable the safe roll-out of the NSNP, including anticipating the need to provide food to learners in a way that differs from normal NSNP distribution. In addition, at least three provinces had already begun planning for the roll-out of the NSNP to all grades.”

During Covid-19, there has been a loss of income, especially to those who work in the informal sector. According to a Human Sciences Research Council (HSRC) report launched on 4 June 2020, 38% of a sample group had gone to bed hungry and 22% reported another member of their household having gone to bed hungry since the lockdown, with hunger being most acutely felt by people with a household income under R10,000.

Research by Winnie Sambu of the University of Cape Town’s Children’s Institute found that in 2018, 11% of children (2.1 million) lived in households that reported child hunger. More than a third of these children (36%) are from KwaZulu-Natal, while a fifth are from Gauteng. Child hunger rates in 2018 were 19 percentage points lower than they were in 2002 when 30% of children (5.5 million) lived in households that reported child hunger. The largest declines have been in the Eastern Cape, Limpopo and Mpumalanga. One of the main contributors to this decline is the expansion of the Child Support Grant which in 2018 covered over 12 million children. Another was the National School Nutrition Programme, which by 2016/2017 reached over 9 million learners in approximately 20,000 schools (though only during term-time and excluding children who are too young to attend school).

One learner, who lives in a household of seven with two children of school-going age, says the NSNP has been helpful as no one in the family is formally employed and they survive on monthly government social grants. She says: “Since the schools have been closed, the children have not been receiving food at school. The groceries that I am able to buy have been finishing by the 17th of the month while they have been home from school. It has been impossible to keep the children and the rest of the household fed. We have not bought food for the home since the beginning of June.”

Shaheda Omar from the Teddy Bear Clinic says in a supporting affidavit that since the lockdown started, they have been receiving an increase in calls for assistance with food, and have sponsored and distributed quite a number of food parcels as well as cooked meals. She says, “since the start of the national lockdown, Teddy Bear Clinic has witnessed families who were ordinarily filled with pride at the wellbeing of their children, now expressing embarrassment, shame and humiliation at having to request food packs.” DM/MC