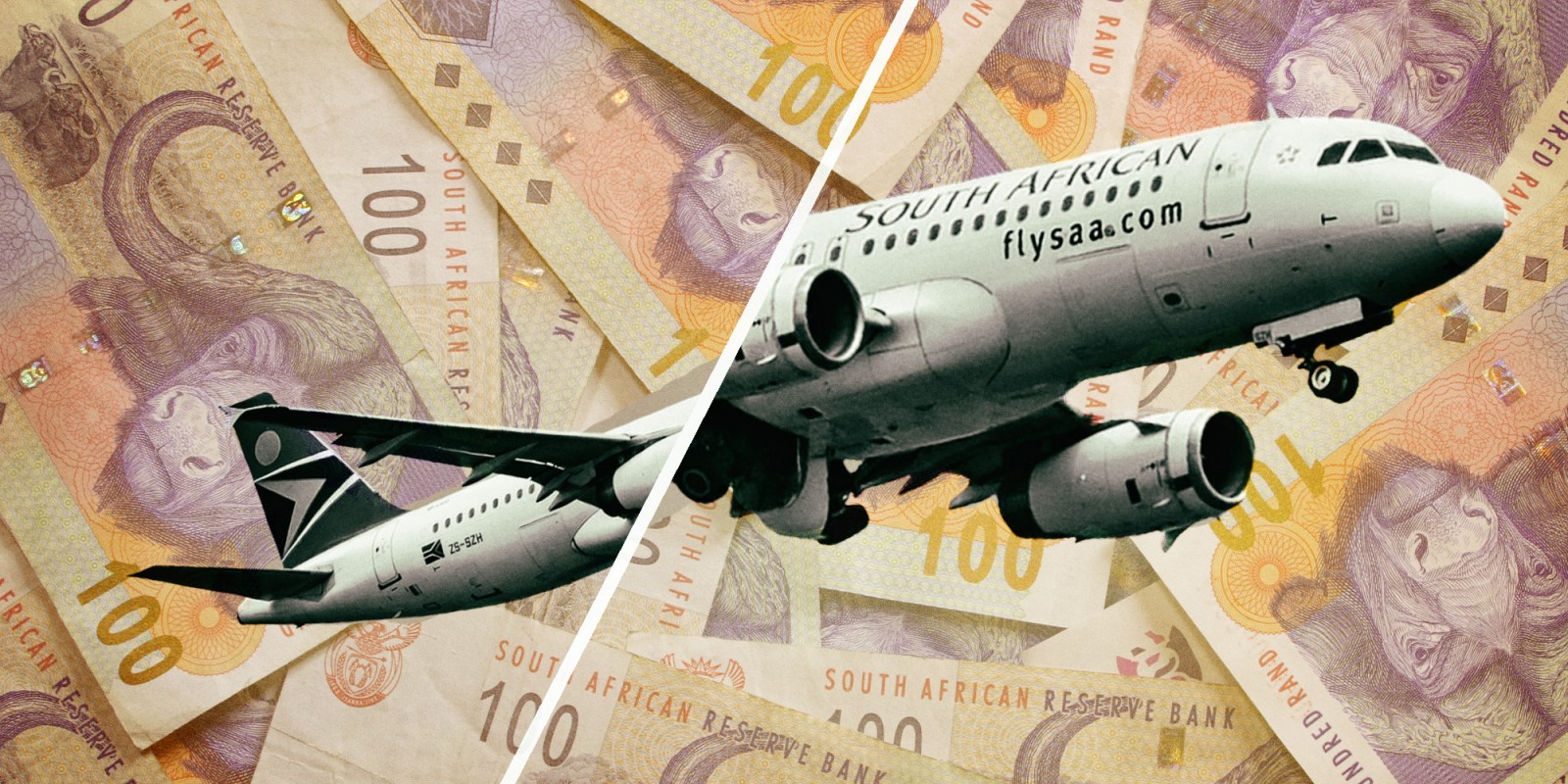 If the latest SAA extension request is granted, it will become the fifth since the airline was placed under business rescue. (Photo: Waldo Swiegers / Bloomberg via Getty Images)

SAA’s business rescue practitioners, Siviwe Dongwana and Les Matuson, were meant to publish a final rescue plan on Monday 8 June. But the duo has asked SAA creditors for another extension to 15 June because trade unions want to be further consulted on the airline’s fate.

The SAA business rescue practitioners have asked for another delay in publishing a final plan on how the troubled airline can be rescued.

The delays in publishing a decisive plan on SAA’s fate have become a prominent hallmark of the airline’s business rescue proceedings, which started in December 2019.

The business rescue practitioners, Siviwe Dongwana and Les Matuson, were meant to publish a final rescue plan on Monday 8 June. But on the day that the plan was meant to be published, Dongwana and Matuson sent a letter to creditors asking them for an extension to 15 June.

The request is yet to be approved by creditors. If the latest extension request is granted, it will become the fifth since SAA was placed under business rescue. The plan was supposed to be published on 28 February after an initial extension. Subsequent deadlines were 31 March, 29 May and 8 June.

The government, which is the sole SAA shareholder, placed the airline under business rescue in December 2019 because it didn’t have enough working capital to fund operations. Since 2009, SAA has received R22-billion in government bailouts (cash injections and government guarantees) while it last turned a profit in 2011.

Dongwana and Matuson have blamed trade unions, which represent SAA’s almost 5,000 workers, for the latest delay in publishing the final rescue plan.

In a letter to creditors, the duo said they were ready to publish the rescue plan on 8 June 2, but trade unions – the National Union of Metalworkers of South Africa (Numsa), South African Cabin Crew Association (Sacca) and South African Airways Pilots’ Association (Saapa) – want to be further consulted on the plan before its publication. In coalition, Numsa, Sacca, and Saapa are the majority union at SAA.

The three trade unions suggested that the final plan should be published on 15 June because they want to make submissions on how SAA should be rescued. They also want Dongwana and Matuson to incorporate their suggestions into the final plan.

“However, the practitioners thought it would not be appropriate to proceed with the publication of the business rescue plan without conveying the request of the unions that represent a majority of the SAA employees. Should such [a] request be approved, the practitioners will do everything possible to limit the negative impact of the extension of the publication date,” Dongwana and Matuson said in the letter.

Dongwana and Matuson published a 95-page draft rescue plan on 1 June, which proposes the launch of a new airline that will purchase the entire shareholding of the old SAA.

If creditors approve the draft rescue plan, the government would shell out at least R4.6-billion in new money to launch the new airline.  About R2-billion would fund the airline’s initial working capital after the Covid-19 lockdown period; R2-billion for retrenchment packages to nearly half (48.17%) of SAA’s 4,708-strong workforce; and an additional R600-million is required to pay concurrent creditors over the next three years, whose claims are not backed by government guarantees.

The R4.6-billion is over and above the R16.4-billion that was allocated to SAA in the February 2020 Budget by Finance Minister Tito Mboweni for the airline to repay its historical guaranteed debt to commercial banks.

Dongwana and Matuson asked SAA affected parties – including creditors, trade unions, and workers – to comment on the draft rescue plan before it is adopted as a final plan. DM/BM