The big test is still to come for SA schools 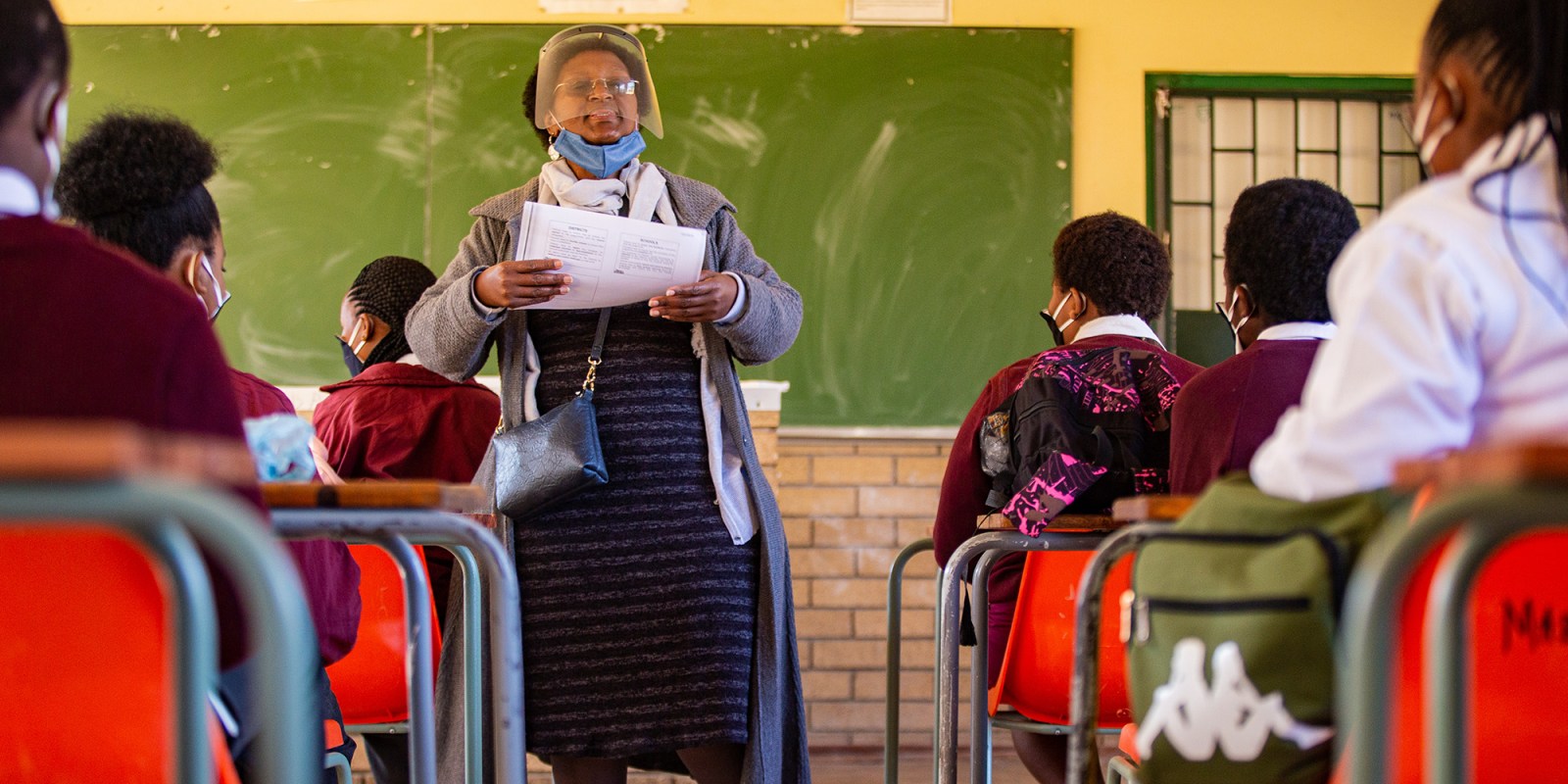 Nimrod Ndebele Secondary School welcomes Grade 12 learners on June 8, 2020 in Duduza. It is reported that the education department had been forced to postpone reopening schools from June 1 to June 8 as many teachers and pupils had not received the necessary protective equipment. (Photo by Gallo Images / OJ Koloti)

Most of South Africa’s public schools reopened for Grades 7 and 12 on Monday 8 June, two months after the country went into lockdown. While a number of schools remained shut, unions are concerned about the sustainability of some of the health and safety measures.

With the majority of Grade 7 and 12 learners back at school, unions are cautioning that schools will feel mounting pressure with the return of other grades in the coming weeks.

In its update report on 7 June, the Department of Basic Education noted that some schools had yet to receive emergency sanitation facilities, while at others the necessary additional water supply had not yet been made available.

“They delivered water tanks, now there must be tankers delivering water for those tanks on a regular basis – can that be sustained?” asked Basil Manuel, the executive director of the National Professional Teachers’ Organisation of SA (Naptosa).

“At the moment they are saying we have done it for the Grades 7 and 12, but soon the rest of the school is going to be there.”

Manuel alluded to the fact that although efforts to prepare schools for resumption are welcomed, the matter of sustainability had not been extensively dealt with by the department.

“They think the safety measures are a ‘once-off’ occurrence. Schools must comply up until we get a vaccine for the virus. Consumables like water (for those using water tanks), soaps and sanitisers must always be there.”

KwaZulu-Natal, Mpumalanga and Eastern Cape were found to have the most inadequate (in some instances non-existent) water and sanitation facilities. However, Basic Education Minister Angie Motshekga reiterated during the briefing on 7 June that all schools would be up and running by the end of the week.

In Gauteng, advocacy group Equal Education (EE) staged pickets at some of the province’s schools to highlight their unpreparedness to reopen.

“At a school in Daveyton, we this morning discovered that there was not enough personal protective equipment for learners. If a learner did not have a mask they were asked to return home; however, the reality is that the DBE must provide masks for every learner,” EE’s national junior organiser, Tebogo Tsesane, told Daily Maverick.

Tsesane said educators in some schools they visited on Monday had not been briefed prior to reopening on the standard operating procedures under Covid-19 prescripts.

The process of preparing schools to reopen and be Covid-19-compliant has amplified issues that have been repeatedly flagged and in many instances legally fought by advocacy groups like EE and Section 27.

“It is because Minister Motshekga fought against signing the norms and standards for public school infrastructure into law, and because of the resistance to comply with the law and its deadlines, that learners and school staff at thousands of schools were without access to water, proper toilets or enough classroom space – in 2020, in the midst of a global pandemic and socioeconomic crisis,” said EE’s head of communications, Leanne Jansen-Thomas.

She said the legally binding 2020 deadline of the norms and standards clearly state that by November 2020, all schools in South Africa must be provided with:

The South African Democratic Teachers’ Union (Sadtu) general-secretary, Mugwena Maluleke, said the process of reopening schools will reveal how the system proposed by the department will work when it comes to the provision of adequate water and sanitation facilities, and personal protective equipment for educators, learners, education support staff and all school personnel.

Gauteng Education MEC Panyaza Lesufi said in a statement that 39 people in the province’s schools (both public and private) had now tested positive for the coronavirus, with 38 cases under investigation.

In the Western Cape, 55 schools were reported to have recorded Covid-19 cases. Eleven schools were closed on 1 June after MEC Debbie Schäfer pushed forward with reopening schools in the province.