What sets good and bad leaders apart in the Coronavirus era? 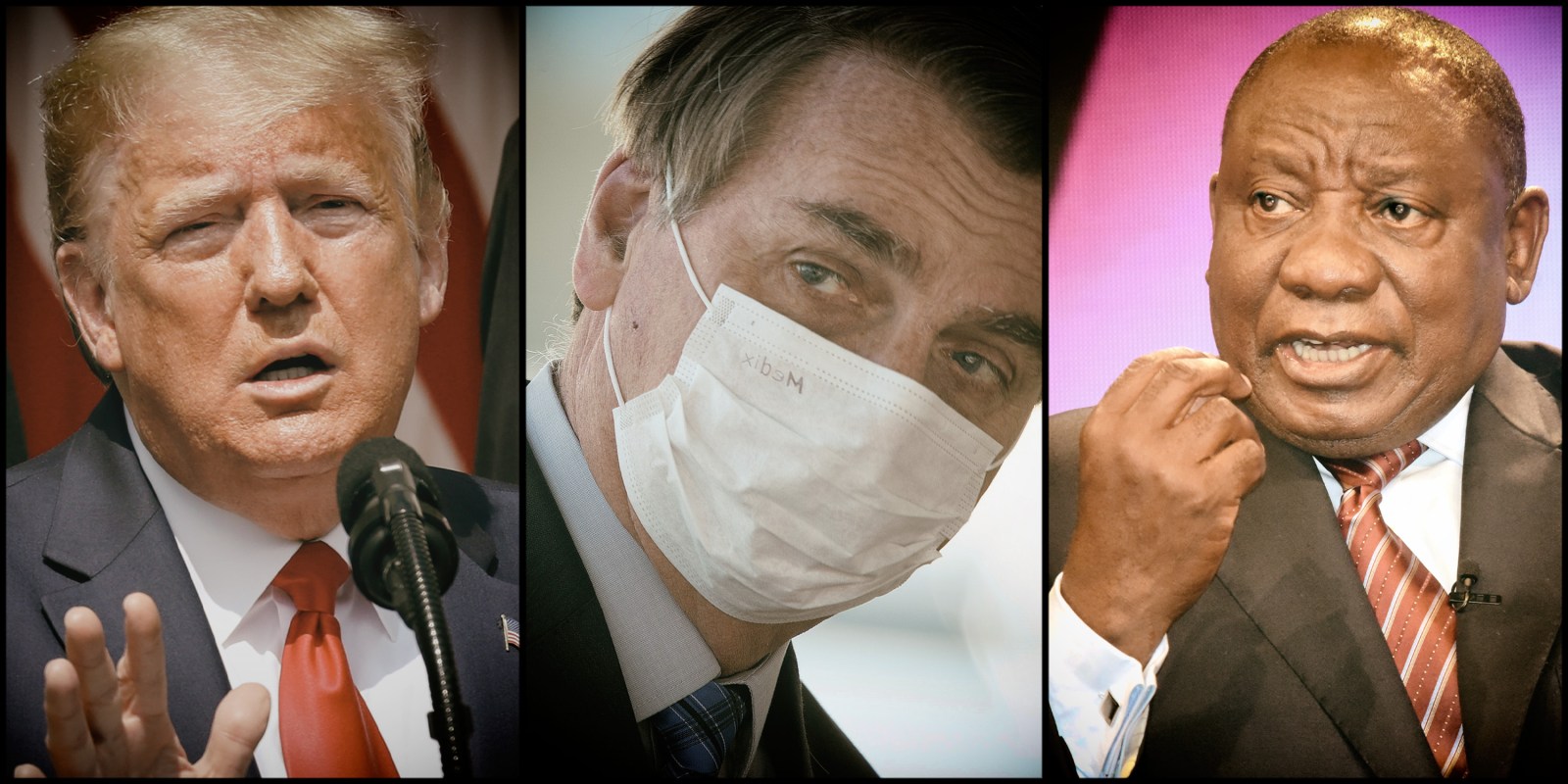 Crises bring out the best and worst of politicians and populations. Folly, fear and fortitude are on display everywhere. In the main, democracies have fared better than non-democracies in handling the Covid-19 pandemic. But the record is very varied indeed. What explains this? What can be done about it?

Among democratic regimes, at the one extreme, we have seen denialism, the denigration of scientific advice and an obsession with putting the economy before lives. This is especially evident in the US and Brazil. At the other extreme, we have witnessed the organised, prudent, empathetic responses of countries such as South Korea, New Zealand and Finland. South African President Cyril Ramaphosa initially did very well, but some subsequent decisions might damage his good record.

These two extremes of leadership style were evident even before Covid-19.

The US and Brazilian responses to the pandemic, led by President Donald Trump and President Jair Bolsonaro, have been characterised by secretive, narcissistic, paranoid, hubristic and impulsive decision-making. These actions have endangered the lives and livelihoods of their residents, over which they have a duty of care.

The data bears this out well. Despite having arrived on their shores relatively late, the pandemic has ripped through their populations, with no sign of abating. They lead in infections and deaths.

At the other extreme, a common denominator has been a firm attempt by political leaders to “follow the science” and control the spread of the virus and fake news from the outset. A combination of transparency, prudence, empathy, timing and courage has produced excellent results in South Korea, New Zealand and Finland.

South Africa’s response has been lauded, though it is beginning to attract criticism for heavy-handed policing and some inexplicable decisions.

What becomes clear is that in these fast-moving and life-defining times, in democracies a great deal depends on the quality of the elected leadership. Democracies that happen to have leaders who simultaneously engage empathetically with those they govern and are informed by good science are best able to deal with the crisis.

They gather clear-eyed knowledge of their countries’ particular circumstances, and display courage and timing in making critical and sometimes unpopular decisions. They are able to overcome many of the challenges that the pandemic throws up.

Democracy helps, but it is not the deciding factor. What matters most is what kind of leader is in place, where his or her priorities lie: The wellbeing of the populace or the interests of a small group.

Four of the top five performing countries in terms of lives saved and control of the spread of the virus have women leaders: New Zealand’s Jacinda Ardern, Finland’s Sanna Marin, Germany’s Angela Merkel and Taiwan’s Tsai Ing-wen. These women display empathy and firm focus on the wellbeing of their populations.

Politicians judge best when they listen to their populations and learn from the science. That is why democracy is uniquely placed to engender good judgements, as the Indian economist Amartya Sen argued with regard to famines, and I have argued elsewhere.

Yet, it would be mistaken to think that democracy guarantees good judgement. If the purveyors of conspiracy theories and exemplars of prejudice are also your democratic leaders, democracy itself cannot resolve things. It only gives citizens the power to remove those leaders at the next election.

In the current crisis, Ramaphosa has done a much better job than Trump and Bolsonaro.

Ramaphosa got off to a great start. He acted firmly, quickly, with clear justification and impressive results. South Africans have just emerged from one of the most severe lockdowns imposed anywhere in the world. This kept the infection rate nearly as low as that of South Korea, though it is now increasing.

During this period, however, there have been at least two problematic decisions that undermine public trust and thus how people may behave.

The first is the decision to ban the sale of tobacco. Even if we could distinguish sharply between basic needs and other needs – something I dispute – the idea that addiction to smoking falls into the latter category, and that, along with the fact that Covid-19 is a respiratory disease, justifies the ban, is misguided. For an addict, the need for a cigarette may often trump even the need for vital nutrition.

The second is the decision to allow religious gatherings to resume under lockdown Level 3. Having spent so long restricting gatherings, to now allow larger gatherings seems like folly. It is well known – cases abound from South Africa to South Korea– that, like funerals, large religious gatherings are super-spreading events.

Along with the ban on tobacco products and the incorrect assumption that the state could directly meet the basic nutritional needs of the population via the delivery of food parcels, the response to the religious lobby is reminiscent of Juvenal’s comment under imperial Rome some 2,000 years ago that all the people really want is “bread and circuses”. This is not what people want or need. They require the power to express their actual needs and interests and the democratic means to ensure that the government responds to these.

Ramaphosa’s good leadership has been undermined by a paternalistic attitude to people’s needs and seeming deference to South Africa’s powerful religious lobby.

Lessons to be learnt

Two things can be learnt from the varied responses to the Covid-19 crisis.

First, we must use it to find a roadmap for how we can properly make the health and wellbeing of a state’s population the raison d’être of its government. The first thing to identify is that health is not the  “absence of disease”, but the status we each have when our ever-changing needs are optimally satisfied. For this, we need a politics that allows us to express and assess our needs, and determine who is best placed to represent us in responding to these needs, all in non-dominating conditions.

Second, given that it is no accident that those leaders who have responded worst to this crisis have also been the main sources of countless conspiracy theories and misinformation, we must learn to keep oligarchs away from political power.

Under representative democracy, bar outright revolution, we do not have the power to affect the everyday decisions of our representatives, but we can keep those with exclusive social and economic interests out of positions of political power. DM