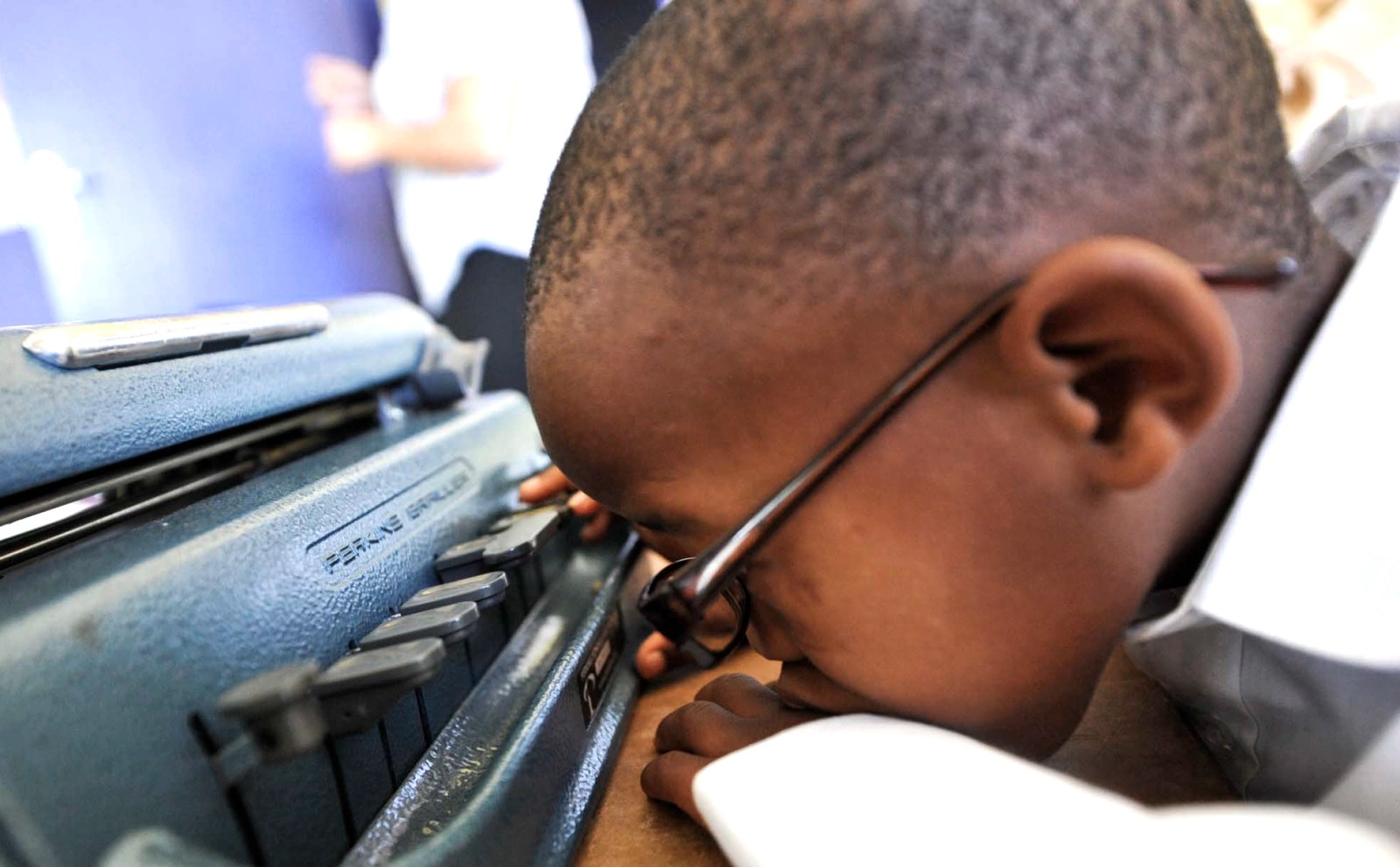 CHRISTIANA, SOUTH AFRICA – JANUARY 23: Tlhafelo Kwasi a learner at the Christiana School for the Blind and Partially Sighted on January 23, 2013 in South Africa. Established in 2008, the school has managed to get a 100% pass rate for two consecutive years. This is the only school for the visually impaired in the North West. (Photo: Gallo Images / Foto24 / Bongiwe Gumede)

Blind SA has accused President Cyril Ramaphosa of having failed in his constitutional duty, by not signing the long awaited Copyright Amendment Bill into law.

The Copyright Amendment Bill was referred to the President in March 2019 and has been in his in-tray since.

The blind and visually impaired rights body believes the delay perpetuates discrimination against people who live with disabilities because they first have to get copyright permissions in order to convert reading materials into accessible formats, such as Braille.

Blind SA’s views are contained in its founding affidavit of its application to the Constitutional Court.

“The state attorney received the electronic files of the notice of motion and the founding affidavit and annexures,” Nair explained. “It was also sent to the Constitutional Court.”

Due to lockdown restrictions, the documentation was sent electronically.

Nair also confirmed that the state attorney has given notice of the intention to oppose Blind SA’s application.

Blind SA petitioned the President in February 2020, requesting that he sign the Copyright Amendment Bill to further the rights of all people with disabilities. The affidavit notes that the organisation did not receive a response.

The Copyright Amendment Bill amends the Copyright Act of 1978 which has no provisions for people with disabilities.

However, the Copyright Amendment Bill has general exceptions for people with disability.

Blind SA explains in its affidavit that the President’s delay in signing the bill compounds the lack of access to reading materials for the blind and visually impaired: “The visually impaired and otherwise print disabled, are prejudiced on an ongoing basis by this delay. They are constantly excluded from everyday reading, from many aspects of study and from numerous cultural aspects. These exclusions prevent them from exercising their constitutional rights to equality and human dignity.”

Dr Andrew Rens, an expert in South African technology law, says the Copyright Act in its current form is discriminatory.

South Africa cannot have access to hundreds of thousands of books that have already been converted to formats that visually impaired people can use in other countries until it signs the treaty.

“In South Africa, everyone is entitled to receive and impart information. One aspect of this right is the freedom to read. Neither the government nor anyone else is entitled to tell adults what they are allowed to read. But the 1978 Copyright Act prohibits disabled persons from reading texts and receiving information. The state must pass legislation so that the Copyright Act no longer discriminates against blind persons.”

The knock-on effect of the President not signing the Copyright Amendment Bill, detailed in Blind SA’s affidavit, is that it delays the ratification of the Marrakesh treaty.

Blind SA’s affidavit explains that “the consensus view of the Departments of Trade and Industry, Justice and Constitutional Development and International Relations and Cooperation is that the Marrakesh Treaty can be ratified provided that the Bill is passed with provisions giving effect to the provisions of the Marrakesh Treaty.”

Professor of Intellectual Property Law at the University of Cape Town, Caroline Ncube, explains the significance of the Marrakesh Treaty: “A decision has been made to sign on to the Marrakesh Treaty but only after the enactment of the Copyright Amendment Bill (CAB). Therefore, as long as the CAB has not received presidential assent, the Marrakesh Treaty lies in limbo for South Africans. This is a travesty, particularly during a national disaster, in which the blind and visually impaired continue to have limited access to materials that provide important health information, which in this context may literally be life-saving. It is essential that these materials be made available in accessible formats, which would be enabled and supported by the provisions in the CAB.”

The blind and visually impaired are a very vulnerable sector of society in that impediments to their access to copyright-protected works “hinder(s) their full and effective participation in society on an equal basis with others (Convention on the Rights of Persons with Disabilities (CRPD), preamble). South Africa ratified the CRPD in 2007 and is obliged to respect, protect and promote the rights of persons with disabilities. Further, section 9 prohibits unfair discrimination against persons on various grounds, including disability.”

Professor Sean Flynn, Associate Director, Programme on Information Justice and Intellectual Property at the American University Washington College of Law provided this view: “The Copyright Amendment Bill implements the World Intellectual Property Organisation Marrakesh Treaty for the Blind and Visually Impaired – the first human rights-based international copyright treaty. The South African Bill has been praised by human rights and disability advocates for going beyond the Marrakesh Treaty and providing for the rights of the hearing impaired and people with other disabilities that may require accessible formats of copyrighted works. South Africa’s Constitution is world-renowned for its explicit inclusion of disability rights into the equality clause. Article 9 of the Constitution requires the government to “promote the achievement of equality” and “may not unfairly discriminate directly or indirectly against anyone on one or more grounds, including … disability”. DM/MC

Linda Daniels is a Bertha Scholar and a Research Fellow with ReCreate SA.