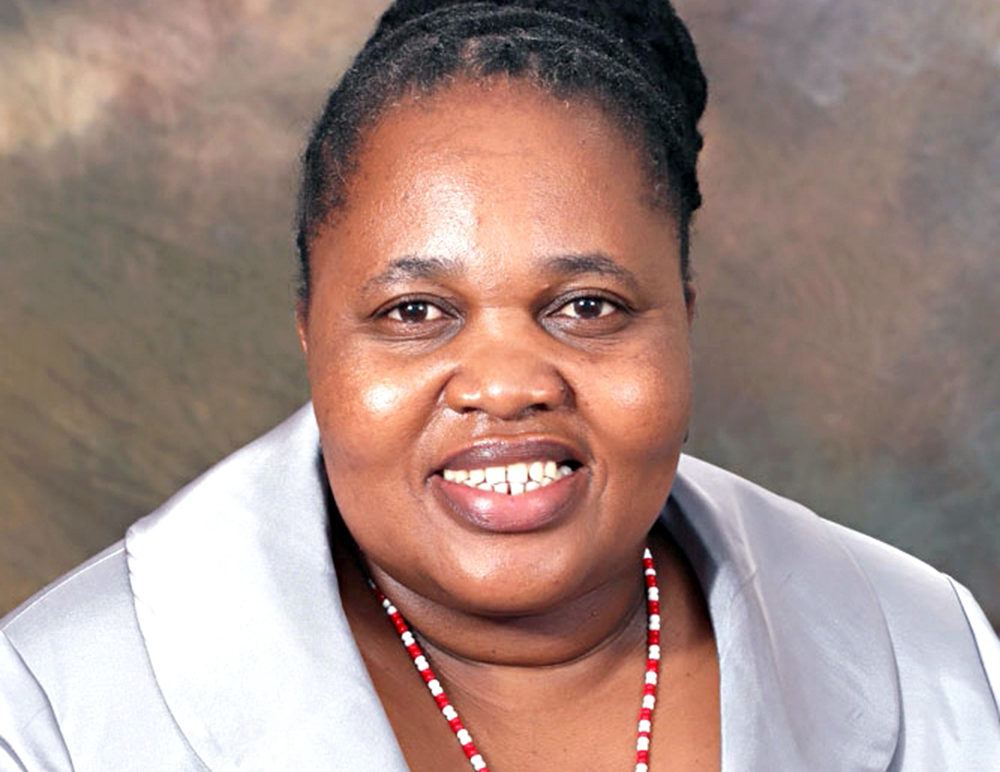 The Eastern Cape MEC for Transport, Safety and Liaison, Weziwe Tikana-Gxotiwe has lost an urgent application in the Makhanda High Court to compel the leader of the United Democratic Movement, Bantu Holomisa, to retract a tweet about corruption and calling for her to be fired.

The tweet referred to questions asked by the Sakhisizwe Civil Society Forum after a guest house, allegedly owned by her daughter, was identified by the Eastern Cape government as a potential isolation facility for Covid-19 patients. The court found it likely that the MEC had a direct interest in the business.

The Eastern Cape MEC for Transport, Safety and Liaison, Weziwe Tikana-Gxotiwe, will not be fired over “rumours and gossip”, the spokesperson for Eastern Cape Premier Oscar Mabuyane said on Monday night. The MEC lost a court case in which she wanted UDM leader Bantu Holomisa to retract a tweet raising concerns over the use of a guest house, which is in her daughter’s name, as a government Covid-19 isolation facility.

In his judgement Judge Gerald Bloem found it probable that Tikana-Gxotiwe was either the owner or held a substantial benefit in the Mioca Lodge in Cala, which the Eastern Cape government had decided to use as a quarantine site for people who tested positive for Covids-19 in the area.

Holomisa last night renewed his call for her to be fired. “She must go,” he said.

The Sakhisizwe Civil Society Forum was first to question the decision to quarantine patients from Dordrecht at the Mioca Lodge in Cala in April. Dordrecht is 76 kilometres from Cala.

In a letter written by Dr Fani Ncapayi from Calusa, the organisations also requested the Eastern Cape government to provide reasons for their decision to use Mioca Lodge as a quarantine site.

At the time, there were no Covid-19 cases in the Sakhisizwe municipal area, but the organisations were concerned that the public health facilities were not equipped to deal with an outbreak.

“We are more generally concerned that the Sakhisizwe municipality’s communities are poorly serviced with the necessary social and economic infrastructure to withstand the spread of Covid-19. We are thus unsure why the provincial executive plans to move Covid-19 patients to Cala, and are unclear on what measures have been put in place to protect those patients, the healthcare workers and community members of the surrounding areas. We fear that, in the absence of a proper containment plan, the move can ignite the spread of Covid-19 throughout our area, with dire effects,” their statement read.

In a letter written by Dr Fani Ncapayi from Calusa, the organisations also requested the Eastern Cape government to provide reasons for their decision to use Mioca Lodge as a quarantine site.

In a statement on 17 April, premier Mabuyane said Tikana-Gxotiwe had assured him that she “does not own the B&B… and that the ownership of this business enterprise by her daughter was declared as required”.

After the connection with Tikana-Gxotiwe surfaced, the premier’s office directed that the arrangement with the guest house be cancelled and that alternative accommodation be found for patients.

In a statement on 17 April, premier Mabuyane said Tikana-Gxotiwe had assured him that she “does not own the B&B… and that the ownership of this business enterprise by her daughter was declared as required”.

This followed a tweet by Holomisa that read: “#ComradesInCorruption are at it again.  Sakhisizwe Civil Society Structures Forum gravely concerned about the EC Provincial Executive’s decision to quarantine 18 suspected #Covid_19 patients in #MiocaLodge, #Cala. This lodge is owned by MEC Wezizwe Tikane-Gxotiwe. Makagxothwe (she must be fired)!”

Although Mabuyane cancelled the arrangement, he said in his statement, “Given the fact that the procurement of this B&B was not done by the departments led by MEC Tikana-Gxothiwe, the fact that she does not own this business and that she was not involved directly or indirectly in the procurement process of this facility, the allegations of corruption and nepotism peddled by some individuals on social media have not been substantiated. While any person has a right to question processes and decisions of government, we must guard against making unfounded and baseless accusations against other people with no proof.”

Holomisa later wrote a letter to the premier: “However, despite this ostensible cancellation, there are allegations (and apparently photographic proof) that the fourteen/eighteen Covid-19 infected people were in fact accommodated at Mioca Lodge/BnB for a certain period, but they were hurriedly and surreptitiously moved to another facility. How exactly did this happen, who was involved in the decision-making and how much did it cost e.g. to deep clean the facility afterwards? Could your office also please provide me with printouts of all payments made to any and all service providers in this regard.”

Holomisa also requested information about the costs involved in the cancellation of the arrangement.

“The public, by this time, would justifiably have expected you to have ordered an inquiry into the entire affair, together with a forensic audit, to answer some of the above questions. However, since you have not done so, it has resulted in some people, like me, being threatened with legal action with attempts being made to gag me, whilst there are legitimate and serious questions that require exhaustive answers,” Holomisa added.

Tikana-Gxotiwe approached the High Court for an order that Holomisa retract his tweet, publish an apology, and pay R250,000 in damages to her.

On Tuesday, Judge Gerald Bloem dismissed her application and ordered her to pay Holomisa’s legal costs.

“As a politician, Tikana-Gxotiwe should realise that she should not be treated as an ordinary member of society. She should expect robust, even exaggerated, comments to be made about her conduct, as was the case herein. In the circumstances, since it is found that Holomisa’s comment that comrades were again busy with corruption, was fair, it cannot be said that the tweet injured the good esteem in which Tikana-Gxotiwe  is held by the reasonable reader of the tweet,” Bloem said.

According to Tikana-Gxotiwe’s founding affidavit in the matter, Holomisa alleged in the tweet that she was corrupt, that she owned the Mioca Lodge, that the lodge would be used to quarantine 18 suspected Covid-19 patients and that, because of her ownership of the lodge, she should be fired.

Holomisa said in papers before court that she could not prove that the tweet referred to her, but even if she could, the allegation was “substantially true, reasonable and in the public interest”.

Bloem found that in his view the tweet would not lead a reasonable person with average intelligence and knowledge to believe that the defamatory part of the tweet referred to Tikana-Gxotiwe.

“What meaning will the reasonable reader of ordinary intelligence attribute to Holomisa’s tweet?” Bloem asked. “Since both parties are politicians, it is unavoidable to answer that question within the context of the present South African political situation. Sadly, that context is one wherein corruption has become part and parcel of the fabric of the South African society…

“Six years later and the country has witnessed how corruption has crippled state-owned entities like Eskom, the South African Broadcasting Corporation, the Passenger Rail Agency of South Africa, the South African Revenue Services  and a fair number of municipalities… In most of the above cases, money, intended for the benefit of the citizens of the country, ended up in the pockets of the politicians, their companies, family or friends.

“I am of the view that the facts about corruption are so notorious that the reasonable reader of the respondent’s tweet will take them into account and understand the tweet in the above context. The first sentence of the tweet means that corrupt comrades are at it again. That sentence begs two questions:  What are the comrades up to? The answer lies in that same sentence. They are (again) busy with corrupt activities. The second question is:  Who are those comrades?  Those corrupt comrades have not been identified in the tweet.  The next sentence means that members of the Sakhisizwe Civil Society Structure Forum are gravely concerned about the decision of the Eastern Cape Provincial Executive to quarantine 18 suspected Covid-19 patients in Mioca Lodge which is situated in Cala. In my view that sentence, looked at in isolation, is a neutral one. The third sentence means that the Mioca Lodge is owned by the applicant. The last word in the tweet means that the applicant must be fired,” Bloem said.

He added that according to Tikana-Gxotiwe, her daughter, who was born in 1994, was in charge of the lodge.

The judge found that Holomisa’s tweet could be construed as fair comment on a decision by the Eastern Cape provincial executive to accommodate the Covid-19 patients at a lodge belonging to, or in which Tikana-Gxotiwe has an interest.

“One would have expected Tikana-Gxotiwe to jump at the opportunity to show in her replying affidavit that those allegations were incorrect. Surprisingly, she did not deliver a replying affidavit. Her daughter deposed to a replying affidavit wherein she stated that she was the owner, only shareholder and managing director of the Mioca Lodge since its inception on 15 April 2015. She did not attempt to explain from where she obtained the capital to register, set up and run Mioca (Pty) Ltd. Absent an explanation from the applicant or her daughter in that regard, the probabilities are that the applicant provided the capital layout to start the business and is in all probability the owner thereof.”

Bloem said these probabilities are fortified by the fact that Tikana-Gxotiwe, her daughter and Mioca (Pty) Ltd share the same postal address and that both have the same residential address as Mioca Lodge.

“In my view, when regard is had to the contents of the tweet, the reasonable reader thereof would understand it to mean that the respondent commented that comrades are again busy with corruption. That comment was based on the facts set out in the tweet, namely that the Eastern Cape Provincial Executive had decided to accommodate 18 suspected Covid-19 patients in the Mioca Lodge; that the Mioca Lodge belongs to the applicant; that members of the forum are gravely concerned because it was decided to accommodate patients in the applicant’s lodge; that it was not the first time that comrades were involved in corruption; and that Tikana-Gxotiwe should be fired.

The judge found that Holomisa’s tweet could be construed as fair comment on a decision by the Eastern Cape provincial executive to accommodate the Covid-19 patients at a lodge belonging to, or in which Tikana-Gxotiwe has an interest.

“The reasonable reader will understand that Holomisa commented that the Eastern Cape Provincial Executive took a decision which benefited a member of the ruling party. Such a reader would not be surprised by a comment that comrades are busy with corruption again,” he said.

Shabir A Madhi
Save 4 mins

Green screens are green because the colour does not match any natural skin tone of an actor.

Elri Voigt for Spotlight
Save 10 mins

Vaccine may be ready in early 2021, neighbourhood creates space for self-isolation, and oxygen supply shortage looms in Gauteng