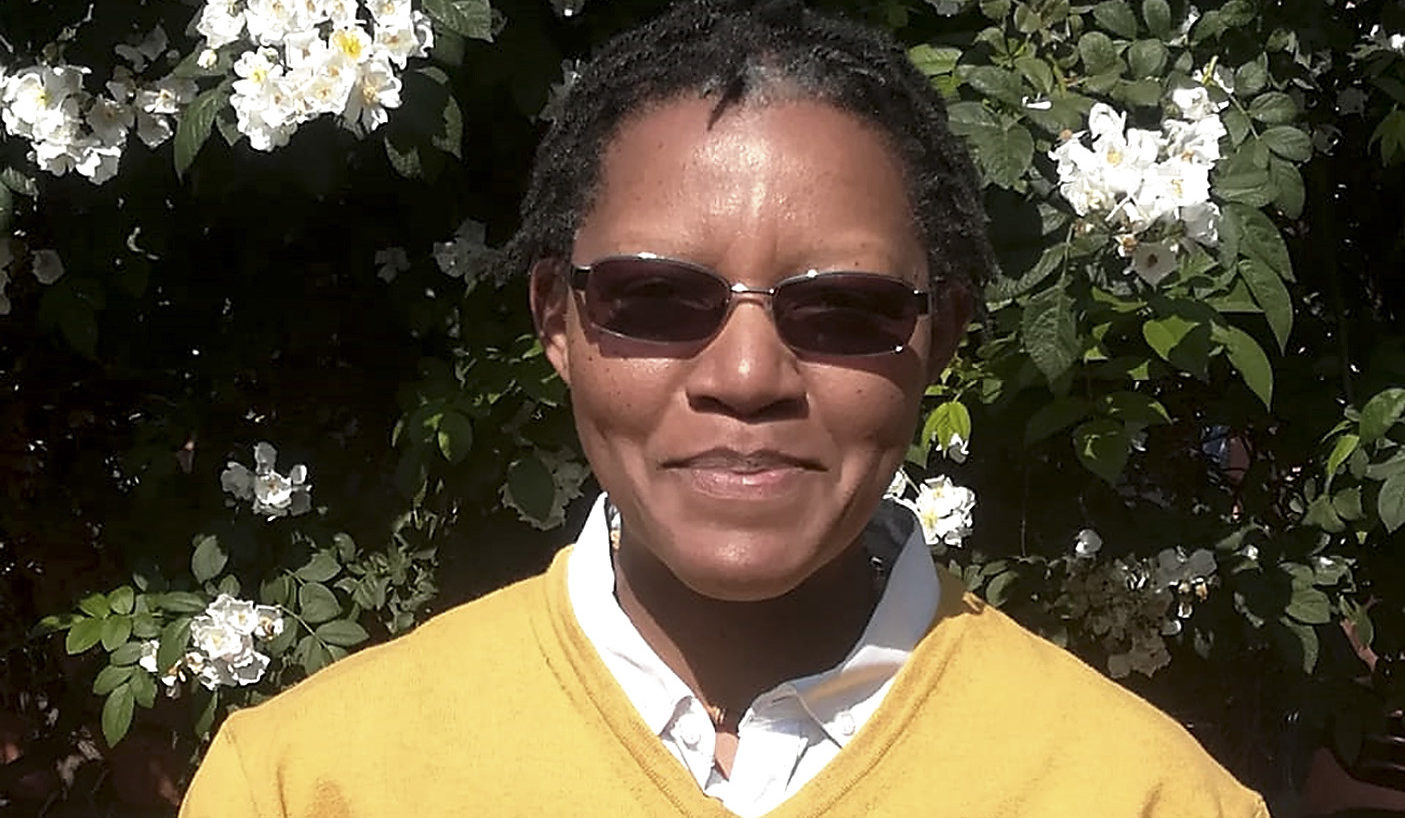 The quest for the promise in the Bill of Rights means LGBTQI and social justice activist Phumi Mtetwa doesn’t drop the ball. She can also smile about it, mostly because her fighting is about building up not breaking down.

“Lesbian” might as well have been a swearword in 1980s South Africa when Phumi Mtetwa was a teenager. Same goes for the isiZulu word “isitabane”.

So, when Mtetwa saw the word “lesbian” in print for the first time in an American magazine all those years ago it was unusual but also affirming. It made clear to her that the fight for sexual orientation and gender identity as human rights issues had an international community beyond her KwaThema home, outside of Springs.

“There was, of course, homosexual expression around the township where I was growing up. I saw these fierce black people who were vibrant, speaking back to people who were shunning their identities. But seeing the word ‘lesbian’ in print and in resistance language for the first time was about internationalising the issues for me,” she says.

Mtetwa was always going to push boundaries, to take up the fight and take action. She saw her single mother work long weeks at a telephone manufacturing company in order to take care of her and her two older brothers. Food on the table though couldn’t take away the ache of longing and the bitter reality of the plight of the working poor. She also stood for endless minutes of heartbreak at gravesites for mass funerals that seemed to fill cemeteries every weekend. They almost always ended with mourners being tear-gassed and chased by police hiding beyond the treeline at the cemetery.

It spurred her on to organise rent boycotts in the township and to take part in civil disobedience campaigns. She had to show a middle finger to the warped normal of apartheid oppression and brutality. Still, even though she had come out to her close comrades, she was always told that gay and lesbian rights were side issues, to be parked till freedom was won.

In the early 1990s, Mtetwa, by then matriculated, moved to Joburg. The big city offered anonymity as freedom. There was sanctuary and liberty in being able to disappear into in-between spaces like Hillbrow that for years already had been openly defiant of the Group Areas Act and in pockets was welcoming to the gay and lesbian community.

“I remember being in the Skyline bar for a GLOW [Gay and Lesbian Organisation of Witwatersrand] meeting and I bumped into old comrades I didn’t know were gay,” Mtetwa says of how agendas simply didn’t intersect.

She joined GLOW and went on to become co-founder of the National Coalition for Gay and Lesbian Equality and executive director of the Lesbian and Gay Equality Project at the dawn of democracy. She also worked for the Treatment Action Campaign, was founding chairperson of The Other Foundation and later became co-secretary-general of the International Lesbian and Gay Association. Today she’s regional co-director of JASS (Just Associates) an international collective with a vision to strengthen feminist movement-building and organising.

Over the years the high-profile accolades, positions and titles have piled on for her unswerving contribution to LGBTQI (lesbian, gay, bisexual, transgender, queer and intersex) activism and for socioeconomic justice, but Mtetwa never loses sight of the need for agendas across movements to intersect if the fight for equality is to be won.

“South Africa’s Constitution and the Bill of Rights are a promise, not what’s guaranteed – it’s an aspiration of what we want to become.

“I can be valued as a black lesbian woman who can walk down the aisle in a white wedding dress, but what of it if I don’t have a job, housing, transport? It undermines and erases my value and we know we are living in extreme inequalities. So, part of realising that promise means there are still struggles that have to be waged,” she says.

Mtetwa is determined and formidable, but her power also comes from vulnerability, patience, a readiness to listen to those she disagrees with – “to walk the journey with someone till we can find some common ground,” she says.

She watched her extended family grapple with her sexual orientation and their religious beliefs to finally emerge to accept and love her unconditionally. She’s also candid about her journey to sobriety – three years now, and about burn-out and post-traumatic stress of burying comrades and loved ones in the 1980s and 1990s and also those killed in hate crimes.

It’s made her deeply mindful of how life’s strange puzzle pieces fall into place differently, and sometimes with a dull thud, for everybody. It’s why she’s also quick to add that respecting people’s reasons to come together in their different and varied groupings is not the opposite of building collectives.

“But in movement spaces we listen, we recognise that we have to understand points of divergence and we have to create spaces to discuss difficult issues. We don’t elevate individualism – my ego, my self-righteousness – over the collective,” she says.

Her collective is an international community these days. Her JASS home has networks across the Global South; she’s also kept her ties from having lived in Ecuador for over eight years and in Canada for three years.

For the last five years though, she and her partner, Salimah Valiani, have called Joburg home. It’s where they raise their six-year-old Maleeah, hold poetry salons outside of lockdown and cook up a storm for family of blood and family of community.

She doesn’t mind being called the “pushover mommy”, she doesn’t beat herself up on the rare day she decides to stay in bed and catch up on a favourite action movie and sometimes she lets her phone ring long enough to hear her ringtone of Ladysmith Black Mambazo’s Hello My Baby play to the end because it’s okay to call someone back later.

There’s balance to strive for, life to live and fighting to be done that looks like building up rather than breaking down.

“We march proudly as we value all life, value people in all their identities and fight on for the promise in the Bill of Rights,” she says, breaking into one of her easy smiles that the webcam and a marathon day of meetings do little to dim. MC