Hard lockdown unsustainable — economy had to be reopened 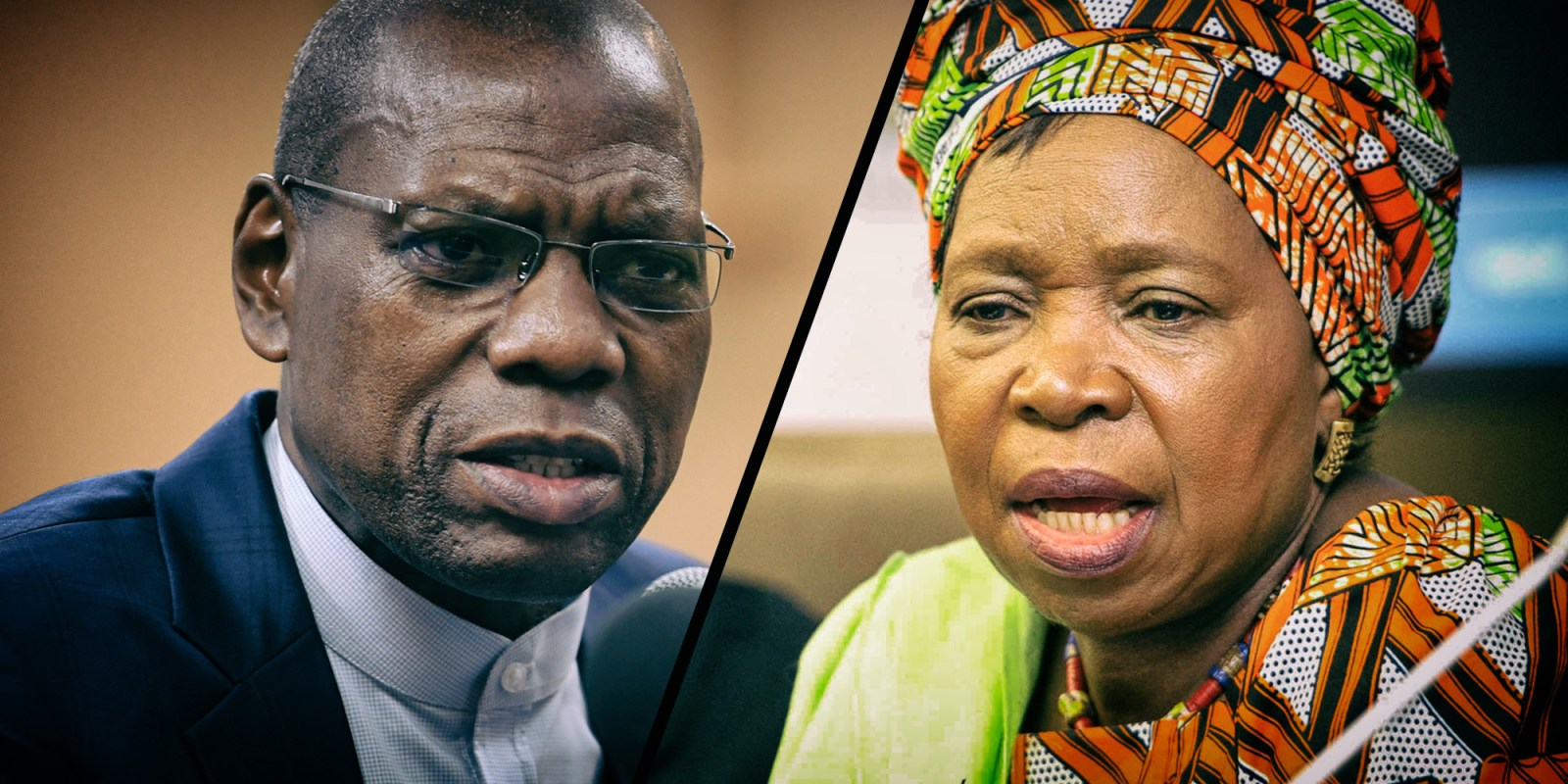 Health Minister Zweli Mkhize cited social distress, unemployment and recession for easing the Covid-19 lockdown to Level 3. And while Tuesday’s four-hour National Council of Provinces session had Health MECs talking of a post-Covid-19 legacy of improved public health, serious questions remain on how key governance decisions are made.

Health Minister Zweli Mkhize put his finger on an inherent contradiction in South Africa’s Covid-19 lockdown strategy – while the World Health Organisation criteria tie together any easing of lockdown with slowing infection rates, in South Africa, this comes just as numbers of Covid-19 cases are on the up.

“We’ve actually had to move on and reopen [the economy]… The reason for it is because there’s a problem, a crisis of hunger, income, economic recession and social distress,” Mkhize told the National Council of Provinces (NCOP) on Tuesday.

“With the closing of business, we have seen how the livelihoods are being undermined. And that’s why we have the reopening…”

The comments by the two ministers most visible in South Africa’s fight against the coronavirus pandemic follow President Cyril Ramaphosa’s announcement that South Africa would move to Covid-19 lockdown Level 3 – with a crucial proviso that hotspots like Cape Town, Johannesburg, Ekurhuleni, eThekwini and Nelson Mandela Bay Metro could go back to lockdown Level 5 if their rate of infection does not come down.

The hotspot status – the criterion is five or more infections per 100,000 residents – would be reviewed every two weeks after additional interventions ranging for extra teams of experts, to stepped-up track and tracing.

Since March, the government had focused on the numbers, particularly reducing numbers of Covid-19 positive patients; flattening the curve was the reason for one of the world’s most draconian lockdowns, and also among the longest at 62 days on Tuesday 26 May.

Of particular concern remained the Western Cape and Cape Town, which account for around two-thirds of the now 24,264 confirmed Covid-19 patients (26 May).

Of those in ICU, 50 are on ventilators, said Mkhize. “This is the pattern we will see in all of the provinces.”

That’s roughly three times more than over the Freedom Day long weekend when of the 317 Covid-19 patients in South Africa, 42 were in ICU and 23 in high-care wards at a time of 4,546 confirmed cases – and 87 deaths.

“We will not reduce numbers. We now need to adjust to doing it differently,” Mkhize told parliamentarians.

“The hard lockdown in its current form is unsustainable… We have presented to the NCCC [National Coronavirus Command Council], the differentiated approach.”

Again, this securocratic command council emerges as a central decision-making structure despite not being established in law or regulation and not publicly accountable – unlike the constitutionally established Cabinet, both as individual ministers and as a collective headed by the president.

The NCCC is supported and informed by another unaccountable structure also not established in law or regulation, the NatJoints, the National Joint Operational and Intelligence Structure, that brings together police, military and spooks.

The differentiated approach Mkhize spoke of to NCOP delegates gives significant power to the NCCC and its provincial counterparts.

“The NCCC must confirm an alert level and monitor the provincial plans to contain the infection,” according to the presentation.

That, like the NCCC, NatJoints is part of this system of governance again emerged on Tuesday in the Cogta briefing document. While the NCCC “co-ordinates and guides government’s response”, NatJoints “provides overall co-ordination of response”. Or as Dlamini Zuma put it: “At the technical level there’s the NatJoints. A ministerial committee is drafting regulations”.

Mkhize sidestepped an opposition question on who actually sits on the NCCC:

“I’m sure you can write to the DG [Presidency director-general] for a list of members on the command council. There is nothing secretive. I just can’t give you a list now.”

The differentiated district lockdown system that Mkhize outlined, however, fails to answer questions about supply lines that may well cross any number of districts on different lockdown levels with different sets of labour participation and transport rules.

That reset, or push not to let a crisis go to waste, is tied closely not only with speeding up longstanding government policies of basic service delivery and informal settlement upgrades, but – crucially – legacy building.

But, politically, the differentiated district system dovetails with the district development model Ramaphosa had announced in his June 2019 State of the Nation Address:

“We will be adopting a district-based approach – focusing on the 44 districts and eight metros – to speed up service delivery, ensuring that municipalities are properly supported and adequately resourced.”

Since then, the president launched this model to bring together all spheres of government to work together in several districts. And soon the president would announce ministers and deputy ministers as “champions” in each of the districts, Dlamini Zuma said on Tuesday.

This district development model was fundamental to what the co-operative governance minister called the Covid-19 “opportunity to reset”.

“The president said regarding the war against Covid and the post-war… we must make sure as we kick-start the economy… the basic needs of people are addressed. The next pandemic shall never find us in the way we are today. We have to look at post-Covid as an opportunity to reset.”

That reset, or push not to let a crisis go to waste, is tied closely not only with speeding up longstanding government policies of basic service delivery and informal settlement upgrades, but – crucially – legacy building.

As far back as 22 April, the push for such post-Covid-19 legacy building emerged when Defence Minister Nosiwiwe Mapisa-Nqakula spoke of the “permanent Covid-19 legacy project” during a briefing to Parliament’s Joint Standing Committee on Defence.

“The president has advised the national command council, as we establish these [field and coronavirus] hospitals we should be looking into the future… The legacy of Covid-19 should include the improvement of the healthcare system, which includes the military health services.”

Gauteng Health MEC Bandile Masuku, talking of revitalising four provincial hospitals, including Chris Hani Baragwanath, Kopanong and Jubilee, added: “it’s important we use the pandemic to fast-track some of the reforms…”

Eastern Cape Health MEC Sindiswa Gomba told the NCOP, “We made a decision we would not rely on the private sector, but build a legacy. Eight big facilities that we are building in government…”

Or as North West Health MEC Madoda Sambatha put it:

“The approach is on developing extra capacity…  so there is a legacy. The six facilities we are dealing with, extending ICU and general wards, is to ensure we are building extra capacity and ensuring these facilities are then ready for NHI [National Health Insurance].”

However, such legacy ambition remains long-term. For now, Mkhize emphasised it was up to individuals to follow the Covid-19 health protocols – hand washing, masks and physical distancing.