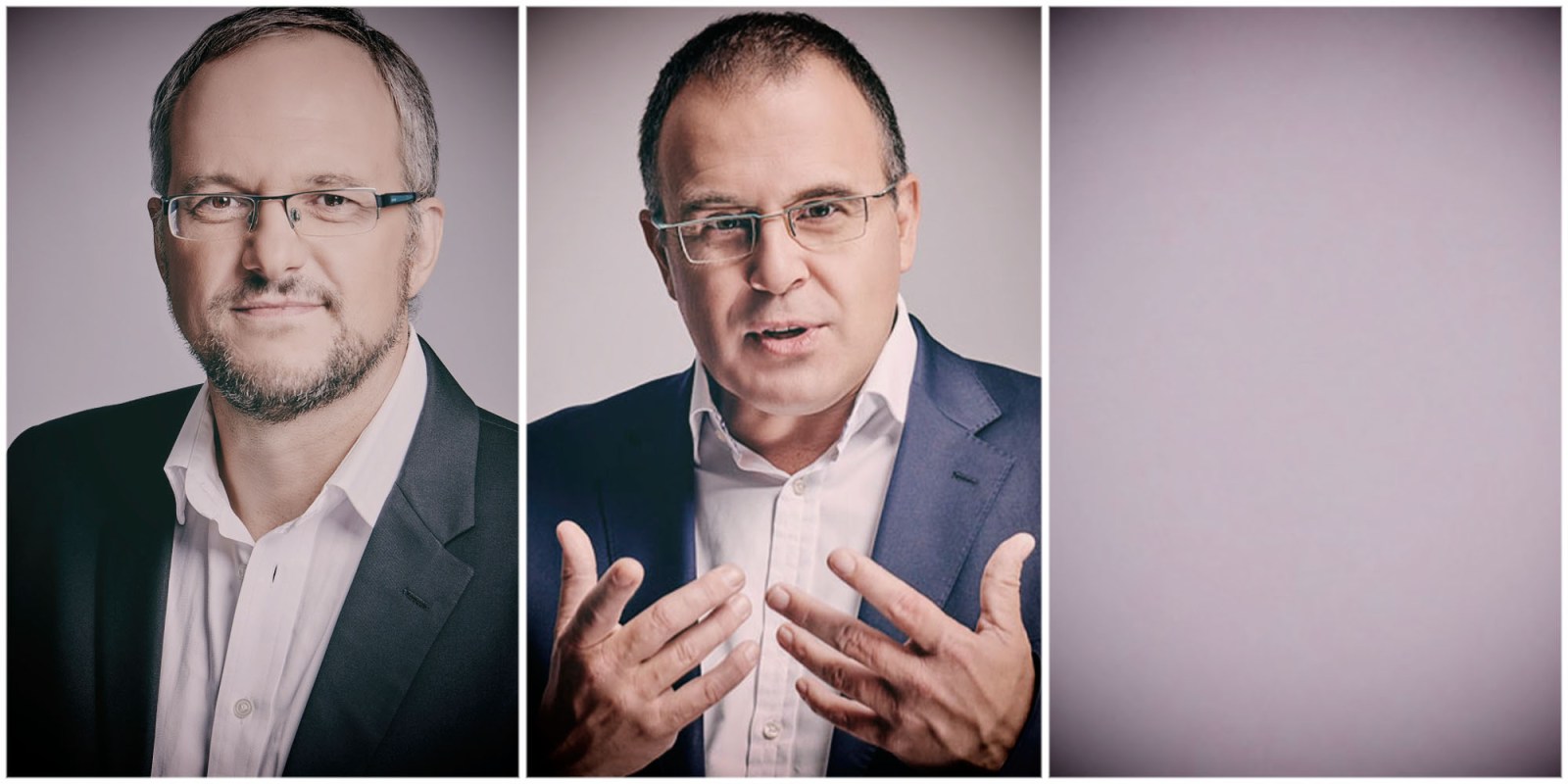 Broadcaster and business analyst Bruce Whitfield’s new book couldn’t have been released at a better time. It argues that moments of chaos and uncertainty have always bred opportunity in South Africa – and Whitfield says right now is no different.

Bruce Whitfield says he wrote his new book, The Upside of Down: How Chaos and Uncertainty Breed Opportunity in South Africa, because he was bored.

“I was bored of the story of going to people’s houses and having the same conversations again and again: everything is bad, it’s all going to hell in a handbasket,” Whitfield explained during a Daily Maverick webinar on Tuesday.

He said that his book grew out of his disenchantment with the “one-dimensional story of South Africa” characterised largely by negativity.

Whitfield points out that during South Africa’s tumultuous history, there have been multiple occasions when the country has seemingly “gone to the brink”: faced circumstances so bleak or chaotic that there seemed no way through.

He cites Sharpeville, the Soweto Uprising, the oil crisis of the 1970s and the “grotesque time in our history” that was the 1980s as examples of these moments in the past.

But on all these occasions, Whitfield contends that one factor has emerged consistently:

“In this environment are remarkable people that respond in incredible ways to the toxicity of the environment – and in doing so, they not only improve the environment for themselves but create opportunities for others.”

He says this was as true for the Zuma years as any other historical period.

“Just because we had Jacob Zuma and his friends stealing a trillion rand from South Africa in that era, does not mean there wasn’t a huge amount of vigour and enthusiasm and entrepreneurial activity,” Whitfield says.

One of the examples he cites is of the Spark Schools franchise, founded by Stacey Brewer and Ryan Harrison in 2012. Spark Schools have now expanded to 21 campuses and employ over 1,000 teachers.

Asked by moderator Stephen Grootes what similarities Whitfield had noticed in the business leaders he has interviewed over the years, Whitfield replied: “They are people who are able to uniformly look through crisis and chaos.”

When it comes to the DNA of South Africa’s successful entrepreneurs, Whitfield identifies a particular acumen around problem-solving.

He quoted Waze co-founder Uri Levine as saying: “You make a lot more money solving misery than you do out of creating comfort” – a mantra that Whitfield says has obvious application to the South African context.

Yet, despite his optimistic lens, Whitfield acknowledges that the economic crisis unleashed by the Covid-19 pandemic and its South African lockdown is likely to be deep and far-reaching. 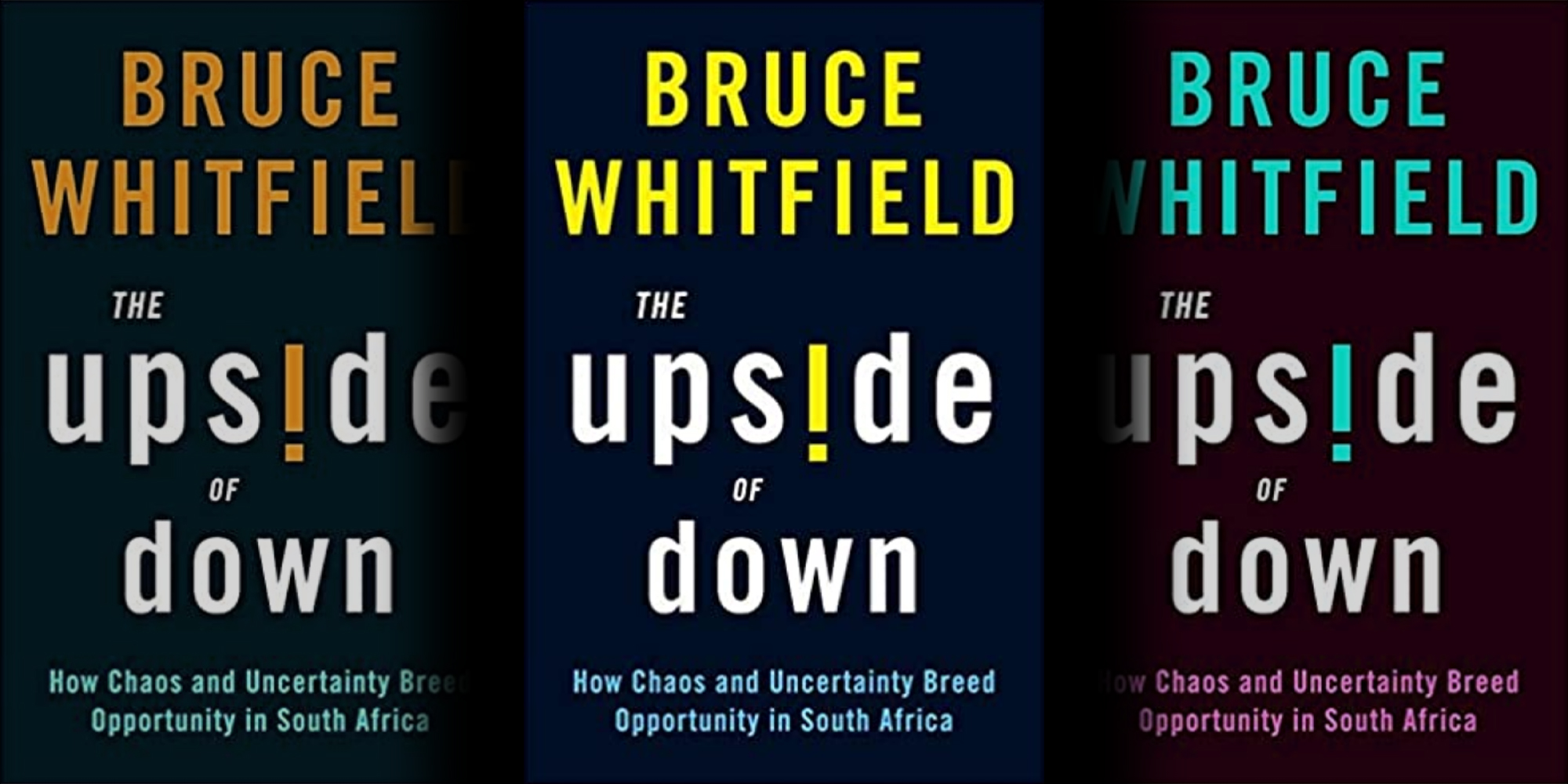 He points out that the corporate tax haul in South Africa this year will be drastically reduced because “companies are simply not going to be reporting profits”.

PAYE (Pay as You Earn), what Whitfield describes as “the most essential part of our tax collection”, is set to “drop off a cliff”.

He also warns that at the current rate at which the Unemployment Insurance Fund (UIF) is paying out claims, it will be emptied in 14 months at most.

After lockdown, Whitfield believes that what will be most essential is unleashing entrepreneurial zeal “in a way that [Minister] Ebrahim Patel cannot constrain”.

Arguing for a significant reduction in the difficulty of doing business in South Africa, Whitfield said:

Between economic policy uncertainty and structural problems like the electricity supply, Whitfield suggests that the barriers to enter the South African market are so high that they offer counter-intuitive support to the monopolies which Patel and the ANC purport to oppose.

Asked for his investment advice at a time like this, the broadcaster said his only firm recommendation was for people to “invest in themselves”.

Pushed by Grootes for a long-term view on the recovery of the financial markets, Whitfield quoted economist John Maynard Keynes: “In the long run, we are all dead”.

Said Whitfield: “The world will recover; stock markets teach us that. Markets have always recovered.”

But the same cannot be said for specific industries or sectors, which have died out in the past in a way Whitfield describes as “quite Darwinian”.

Though some have predicted a drastic global reshaping of how we live and work in the post-pandemic landscape, Whitfield is more dubious.

But he added that the experience of lockdown had already taught him some significant lessons: particularly around the amount of time needlessly wasted in unimportant meetings.