Maverick Citizen: Out in the Cold

City of Cape Town defends ‘dumping’ of homeless under bridge 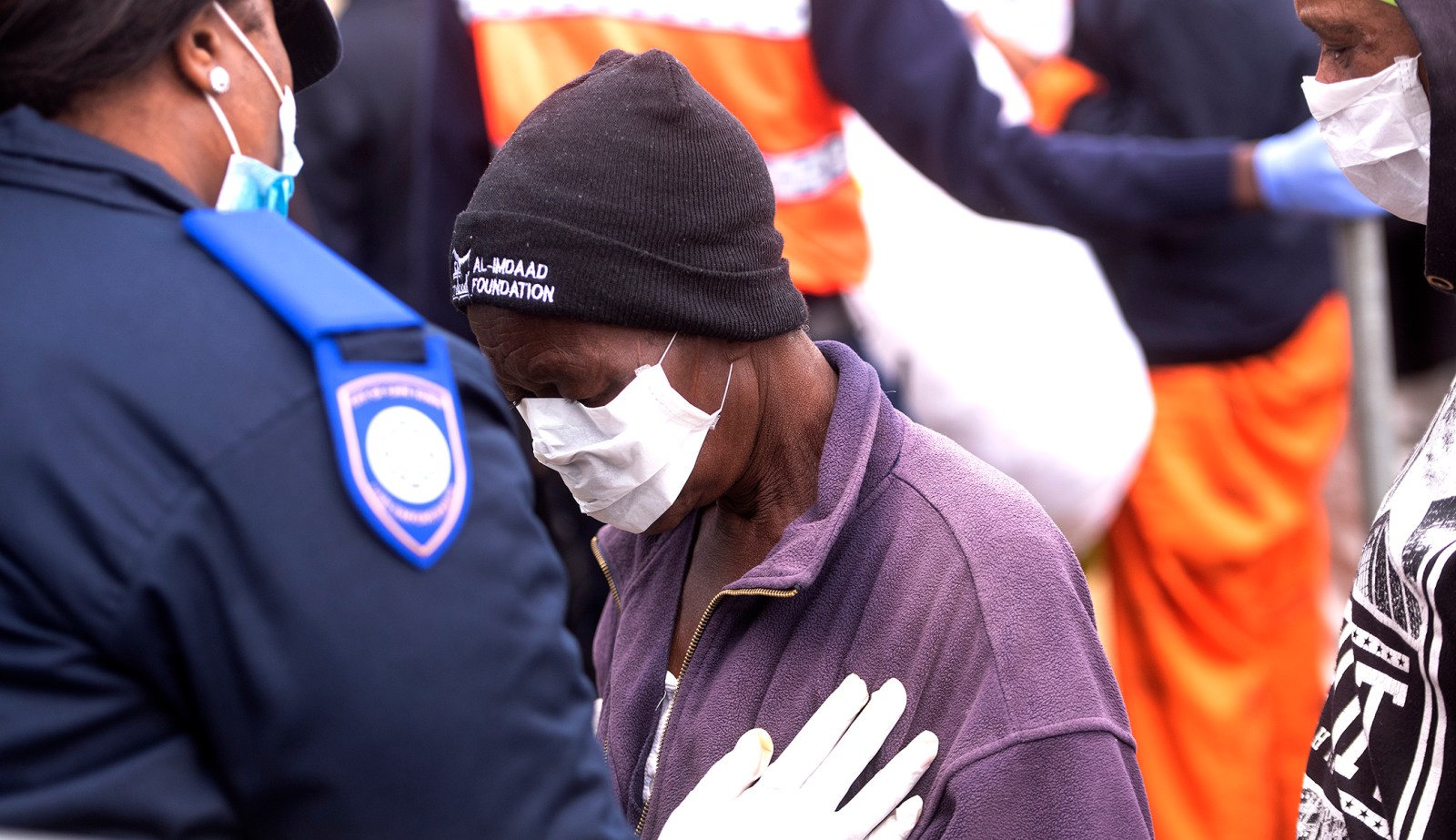 Displaced people were moved from all around Western Cape to a temporary shelter at Strandfontein Sports Field. (Photo: Gallo Images / Brenton Geach)

The City of Cape Town disputes the contents of a letter sent by a lawyer representing the interests of homeless people “dumped” under a bridge at Culemborg after the closure of a temporary shelter at Strandfontein.

The City’s Executive Director on Safety and Security, Richard Bosman’s response on Saturday, 23 May 2020, came in the wake of a letter sent by Lucien Lewin from the law firm Dingley Marshall.

Lewin’s letter, on the behalf of the Community Chest, follows the City’s “dumping” of 178 homeless people under a bridge at Culemborg on Thursday 21 May.

Lewin requested the City to provide an undertaking by not later than Saturday, 23 May, 2020, to provide security to the Culemborg homeless until the quarantine assessment by the Department of Health was completed and they were able to leave the area.

The remaining homeless people at Strandfontein temporary shelter were removed on Wednesday, 20, 2020, following a court order granted by Judge Robert Henney. The order was granted by the judge after Lawyers for Human Rights had withdrawn as the group’s representatives, due to conflicting instructions. The City’s legal team took the order ex parte. Lewin then took over representation.

Lewin also asked the provincial Department of Health to ensure that those who needed quarantine or isolation be provided with this.

He also touched on the issue of a homeless woman who tested positive for Covid-19 on Wednesday, 13 May, 2020. Lewin explained the woman was in Haven Tent 2 and had had contact with at least 178 other persons who shared the tent.

“A number of these 178 individuals have already been allowed to reintegrate with the rest of the homeless community. Approximately 140 of these people are currently trying to self-quarantine when they were abandoned in the Culemborg area of the foreshore,” said Lewin.

He added that the group was concerned about spreading the virus and wanted to be assessed, adding that given that the Western Cape is a Covid-19 hotspot with high level of infection, neither the City nor the Province could responsibly permit the development of another hotspot or the circulation of individuals who could be vectors for the disease.

Bosman said any contention that the situation at Strandfontein site posed a public health threat was incorrect and denied. The measures put in place by the City are set out in papers filed in various court applications currently pending before the Western Cape High Court, he added.

“The City denied that the close contacts of the female tested positive at the site were quarantined at a quarantine facility in Melkbos. The persons that were dropped off close to the Culemborg Site were offered accommodation at recognised established shelters,” said Bosman.

He said that people had “expressly demanded that they be dropped off in the City Centre. The City has no right in law to compel them to take up accommodation at shelters against their will. This is recognised in the order granted by Judge Henney.”

In terms of a High Court order, the City was instructed to move and transport at least 33 people to a provincial quarantine facility in Melkbosstrand. The City was also ordered to provide the remaining individuals by not later than May 31, accommodation at a safe space  for homeless people.

Bosman conceded that a woman who had tested positive had left the Strandfontein site on  Monday, 11 May 2020 but maintained she had not been sheltered at  Tent 2 during her stay. The woman, however, did visit Tent 2 and had been in close contact with 33 people, all of whom had been quarantined.

After confirmation of the positive test result on Wednesday, 13 May 2020, no one had been permitted to leave the Strandfontein site until all close contacts had been traced and quarantined.

Bosman said Lewin was incorrect in asserting that many more residents of the Strandfontein site had been exposed to Covid-19.

“It bears emphasis that all measures implemented at the Strandfontein site were aimed at preventing and limiting the spread of Covid-19. Any court application will be opposed and the City will seek an appropriate punitive cost order. The contemplated proceedings are clearly vexatious and driven by an ulterior motive,” Bosman concluded.

Meanwhile Xolani Sotashe, leader of the opposition in the City of Cape Town, launched a scathing attack on the City’s Mayoral Member for Community Services and Health, Zahid Badroodien and Mayor Dan Plato.

He pointed out that despite the City suffering a defeat in the Western Cape High Court last week, Plato had tried to present the judicial setback as a victory.

The court ruling was “a victory for democracy and marginalized people over creeping totalitarianism” and that it was the poor in the city who suffered most.

“We warned that the City was irresponsible unleashing a health hazard on our streets. Others have sounded similar warnings” Sotashe said. DM/MC