By Centre for Analytics and Behavioural Change• 22 May 2020 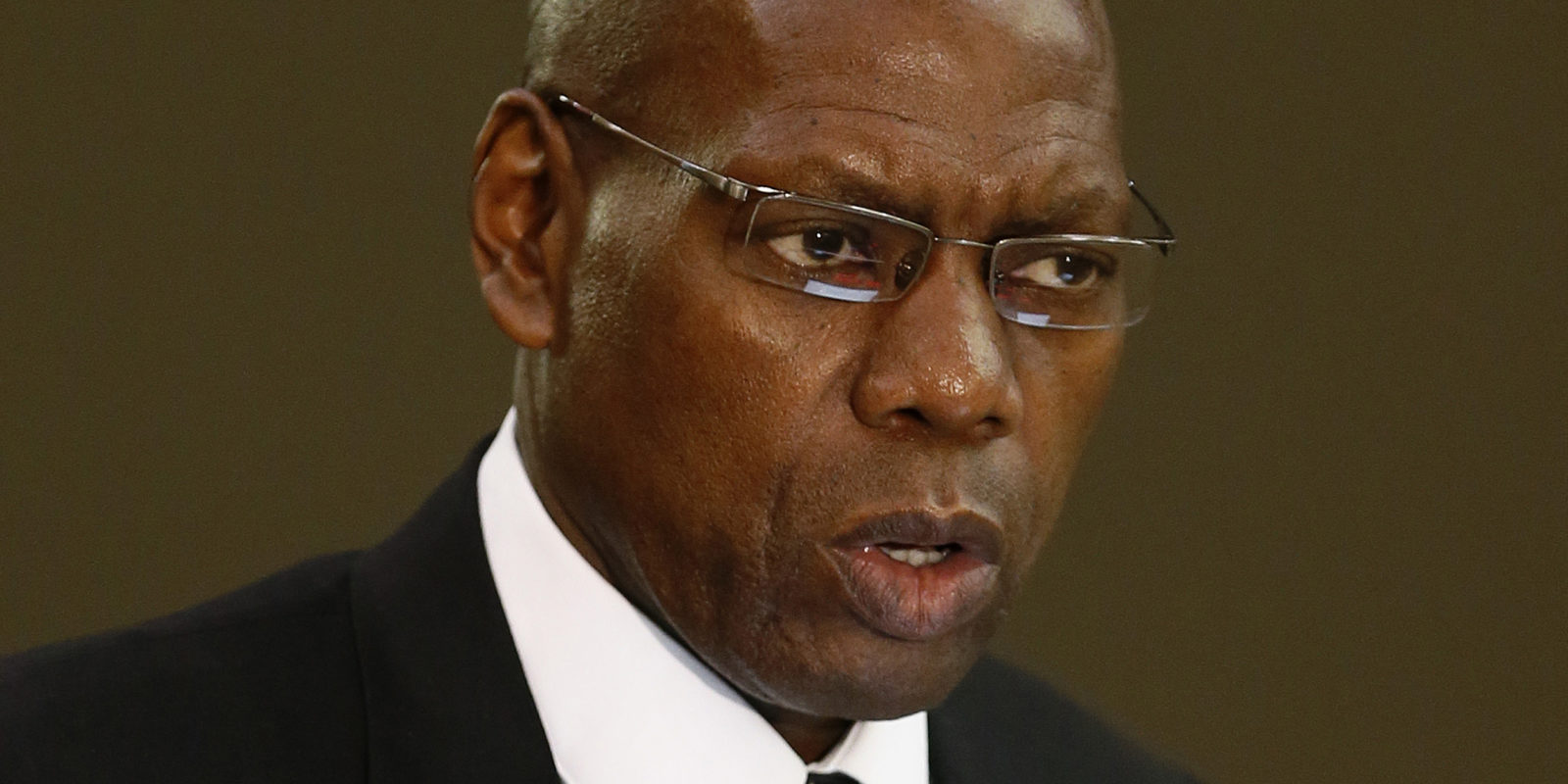 Minister of health, Zweli Mkhize briefs the media on the details of government interventions in various sectors of the departmental portfolios on COVID-19 at DIRCO Media Centre on March 16, 2020 in Pretoria, South Africa. (Photo: Phill Magakoe/Gallo Images via Getty Images)

This is a high-level summary of the trending, highest impact, and most active themes and narratives related to social cohesion and division as identified from South African social media conversations on 21 May 2020.

One report said 150 healthcare workers at Tygerberg Hospital in Cape Town had tested positive for Covid-19. Reports of three staff members testing positive at George Provincial Hospital also emerged. The City of Joburg posted: “The City of Joburg Health Department closed Eldorado Park Extension 2 clinic after one of its staff members, who is a nurse, tested positive for Covid-19. The facility has since been closed and all staff told to self-isolate.” Tracing was in place for all possible cases and the facility would be sanitised.

Cosatu posted its concerns about healthcare worker safety after the Mpumalanga Department of Health temporarily closed the Driekoppies Clinic in the Nkomazi Local Municipality after a staff member tested positive. The North West Department of Arts, Culture, Sport & Recreation said Mafikeng Provincial Hospital had been decontaminated after a doctor at the hospital tested positive for Covid-19.

The health and safety of health workers drove significant volumes on social media through the day, a theme trending fifth by volume at one stage.

A News24 story posted at 07:30 received mass traction: “ICU beds for Covid-19 patients ‘already full’ in Cape Town’s largest hospital.” The article said the 25 beds set aside at Tygerberg Hospital for Covid-19 patients had been taken up. The Western Cape health department said “the hospital should not be seen in isolation from the provincial plan in managing the Covid-19 pandemic”, adding that 90% of those who contract Covid-19 do not need hospitalisation.

Co-host of @Podlitiek, Daniël Eloff, claimed: “The Gauteng department of health’s Covid-19 testing reagent is finished.” The tweet was not supported by evidence, but received more than 380 likes, retweets and comments.

Another popular tweet referred to the US donating 1,000 ventilators to South Africa. The initial announcement was made two weeks ago, but a post at 09:29 reignited social media engagement.

Controversial comments by Dr Glenda Gray became the day’s top trending topic. She claimed scientists were giving government good advice but the strategy being implemented to fight Covid-19 was not based on science.

@FullViewSABC’s tweet announcing an interview with Professor Salim Abdool Karim to clarify the comments had the third-highest reach.

Minister of Health Dr Zweli Mkhize tweeted a response to media queries at 23:00, addressing Gray’s comments. The post was retweeted more than 800 times. Mkhize said divergent views were healthy and welcomed, but decisions were ultimately taken by the government and those who contributed to the process should desist from potentially destructive behaviour.

At 17.01 @FullViewSABC asked the public to send questions to @Chriseldalewis as Professor Karim would appear on the show at 20:00 to clarify any misgivings about Gray’s comments.

Most responders posed questions about the education department and the safety of learners and educators if they returned to school.

Many Twitter users accused Gray of spreading misinformation and challenged journalists who spread her views. @Jonathan_Witt tweeted: “…bar a few decent journalists the rest have been despicable fear-mongering louts who have parroted the worst modeling & cheerlead the greatest government overreaches. These people need to be shunned.” This post was retweeted more than 150 times, with responders echoing Witt’s statement and discussing poor reporting and the degeneration of journalism. “Rasputin” called for a purge of Parliament, government and the media.

The second biggest post by reach on Thursday was about raising money to support new mothers who had lost their jobs, with the economic impact of the lockdown continuing to drive conversation about job losses.

A TransUnion study on job losses as a result of the coronavirus recorded 14% of respondents having lost their jobs since the pandemic started.

@HermanMashaba tweeted a link to the study, saying almost one in six South Africans had lost jobs and the lockdown was causing more harm than the virus. Responses to this tweet were mixed, but most tended to be negative about the economic prospects for South Africans. Some commentators asked how foreigners would be excluded from jobs while others commented that the UIF system was so overloaded with applications that it was not functional.

@anele tweeted that the #947breakfastclub had raised R72,500 of a targeted R100,000 to buy childcare essentials for new moms who had lost their jobs. The tweet was second by reach within the total conversation on coronavirus yesterday, hitting 113,767. It was liked more than 900 times and retweeted 220 times.

@News24’s tweet about actress Patricia Boyer saying she would be homeless if she did not have a second job was Thursday’s 10th biggest, with a reach of over 81,000. DM