WHO treads cautiously on traditional Malagasy ‘cure’ for Covid-19 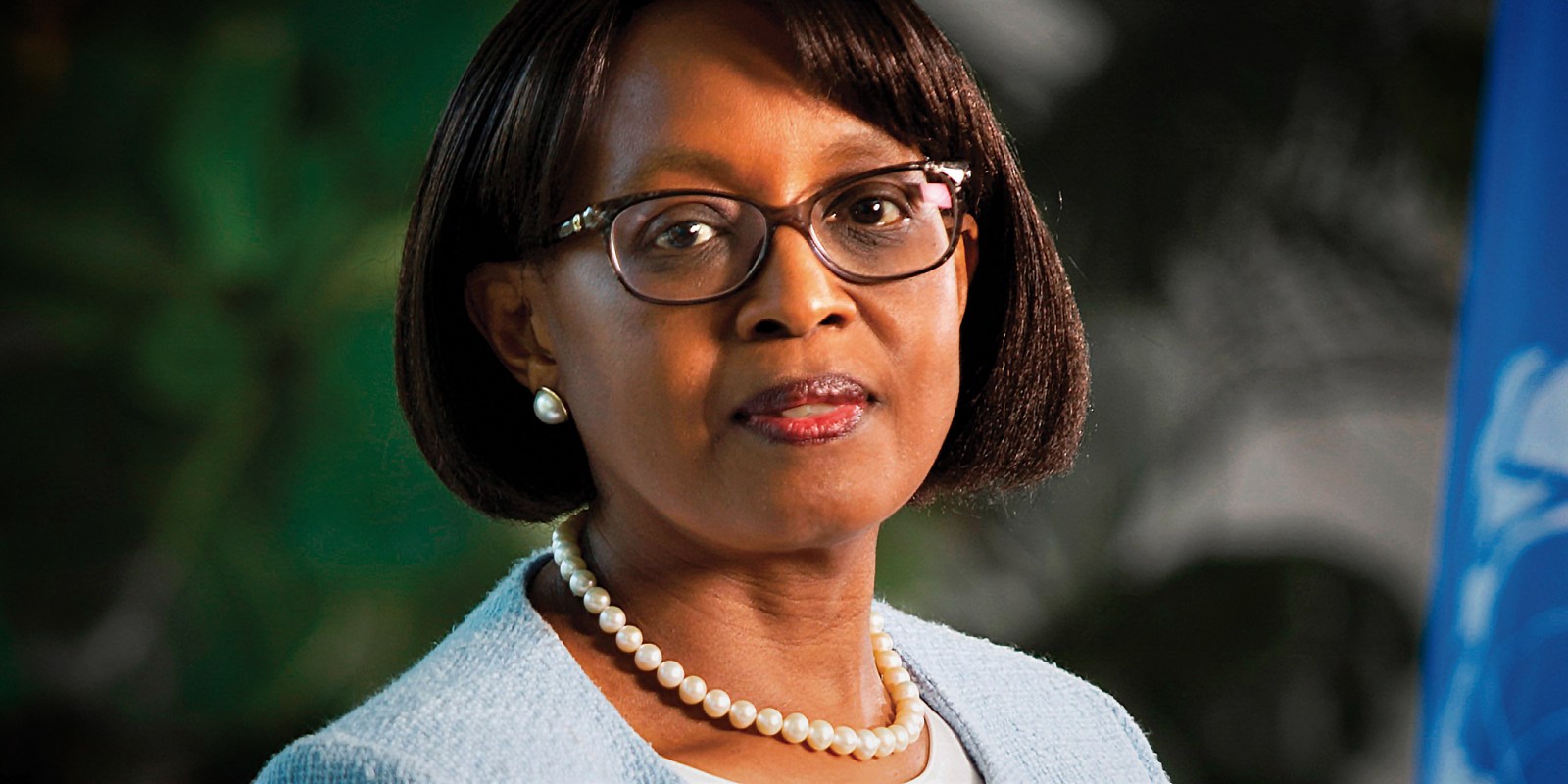 Madagascar has so far reported 193 Covid-19 cases with no deaths and 105 recoveries. Their president attributes this to a Madagascan herbal remedy.

There is no proof yet that the herbal tonic controversially touted by Madagascar’s President Andry Rajoelina cures Covid-19, but the World Health Organisation said it had initiated steps to test it.

This follows criticism by Rajoelina in an interview with France24 this week that his country’s Covid-Organics, a potion based on the artemisia plant, was doubted by the WHO because it comes from Africa. But WHO regional director for Africa, doctor Matshidiso Moeti, pushed back during the joint online press conference with the World Economic Forum on Thursday, saying “we are not at all discouraging the use of a product, but we would like to advise that it be tested out”.

She said this was “so that when we celebrate the discovery of a treatment in Africa, it is on the basis of evidence which can be shared with people in Africa and all over the world”.

She was careful not to describe Covid-Organics as a medicine or a cure, but rather a “product”. In her briefing the week before, she very firmly said “we would caution and advise against countries adopting a product that has not been taken through tests”, but this week she explained that the WHO supported the use of traditional medicines. Any such medicines, she said, “including this product in Madagascar, we advise be taken through some assessment”. This includes looking at how effective it is, under what conditions it works, and what the undesirable side-effects could be.

Moeti said the WHO was “looking forward very much” to having such tests done, and was already having a conversation with the Malagasy government through the WHO’s country office there “to see the conditions under which we can co-operate with them in testing out this product”.

The WHO “would be happy” to work with Madagascar and scientists and researchers there so that the WHO could pronounce on the efficacy and safety of Covid-Organics. So far there is no data, she said.

Moeti was also at pains to explain that the WHO “has worked for many years with the traditional medicine sector” in Africa. She said this work was about facilitating collaboration with the public health systems in various countries and finding a place for traditional medicine in the way governments provide healthcare to their people.

“We have supported most of the countries in the region to develop their national policies and strategies with regard to incorporating traditional medicine into their way of providing healthcare for their populations, and we have also worked and supported the assessment and trials of herbal products in a number of countries to treat different conditions under scientific settings, to look at the efficacy and the safety of the products,” she said.

Rajoelina was scathing about the WHO’s warning that the product launched by the president last month, and already exported as a Covid-19 cure to countries such as Tanzania, has not been clinically tested and should not be used as self-medication without medical supervision.

“No one will stop us from moving forward. Not a country, not an organisation,” he told France24’s Marc Perelman and RFI’s Christophe Boisbouvier.

“What if this remedy had been discovered by a European country, instead of Madagascar. Would people doubt it so much? I don’t think so,” he said. “What is the problem with Covid-Organics, really? Could it be that this product comes from Africa? Could it be that it’s not okay for a country like Madagascar, which is the 63rd-poorest country in the world… to have come up with (this formula) that can help save the world?” Rajoelina said.

He has claimed that the product could cure a patient within 10 days, and that 20 people in his country have been “cured”. Madagascar has so far reported 193 Covid-19 cases with no deaths and 105 recoveries.

Artemisia was imported to Madagascar from China in the 1970s and has antimalarial properties. It has also been widely used in South Africa for ailments from coughs, colds, fever, loss of appetite, colic, headache, earache, intestinal worms and malaria. It’s known as wildeals in Afrikaans, umhlonyane in isiXhosa and isiZulu, and lengana in Setswana.

WHO officials have this week also come under fire in another African country, Burundi, which has expelled the organisation’s expert team days ahead of the 20 May presidential elections there. The foreign ministry has declared the WHO’s representative and three colleagues as persona non grata, but gave no reason for the decision.

Moeti said she was made aware of this decision late on Wednesday afternoon through a note verbale.

“We are in communication with the government of Burundi to clarify and understand the reasoning behind this decision they have taken,” she said, adding that the WHO was working to organise the departure of its staff. Burundi has officially recorded only 27 cases and one death from coronavirus, but health workers are concerned that the numbers might be a lot higher. The rate of testing has been low and the country has taken few precautions, with huge political rallies still going ahead. Moeti has warned that proper physical distancing should be maintained at such rallies and that face masks should be worn to prevent the spread of the virus.

Across the continent, hunger has become a huge concern as the lockdowns in many countries prevented people from earning money. This could cause more hardship in Africa than coronavirus itself, officials have warned.

“Covid-19 is unfolding in Africa against a backdrop of worrying levels of hunger and undernourishment, which could worsen as the virus threatens livelihoods and household economics,” Moeti said. “Hunger and malnutrition heighten vulnerability to diseases, the consequences of which could be far-reaching if not properly addressed.”

Sixty-five million schoolchildren on the continent are also now going without the meal they would have received at school, which is often the only food they have all day.

Moeti said essential health services should be on hand to deal with the challenges posed by malnutrition as countries begin to relax their lockdowns.

“It is important to remember that easing a lockdown should be thought of not as an event, but as a dynamic, data-driven process. If the epidemiological evidence suggests that restrictions need to remain in place, governments should ensure that measures are taken to alleviate hunger that might arise as a result of these restrictions,” Moeti said. DM