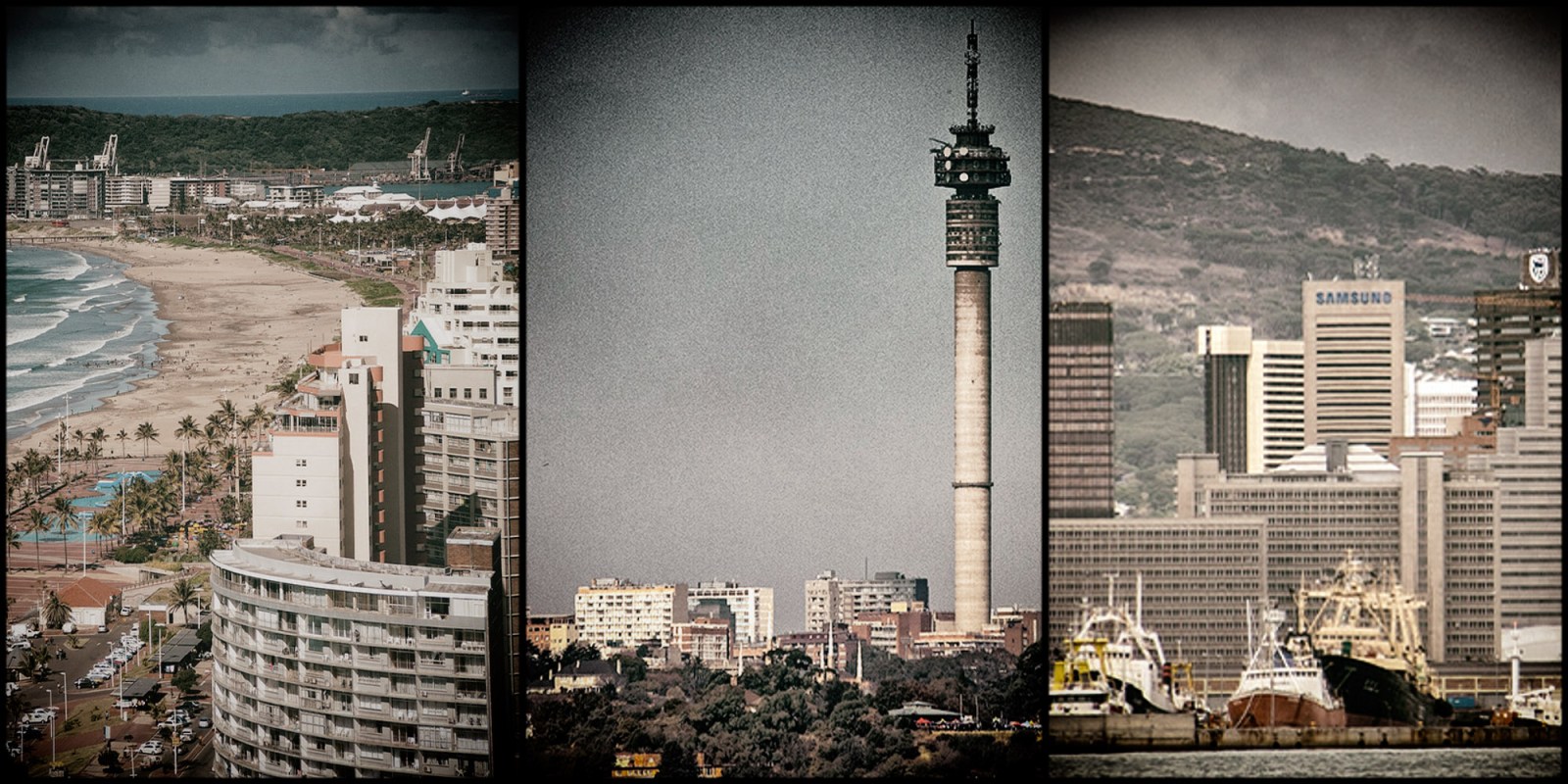 The country’s three biggest metros – eThekwini municipality, the City of Johannesburg and the City of Cape Town – appeared before a joint parliamentary meeting to assess the effects of the hard lockdown. (Photo: Pixabay / Liesel Muhl | Daily Maverick)

Food and finances were the biggest topics of discussion when representatives of three of SA’s biggest metros – Cape Town, Johannesburg and eThekwini – appeared before Parliament to discuss their Covid-19 plans.

How is a decrease of municipal income going to affect service delivery for some of the country’s biggest metros – especially now, during the time of Covid-19? And could this lead to problems in service delivery in municipalities? These were the biggest questions that came out of a Parliamentary committee meeting on Thursday 14 May.

The country’s three biggest metros – City of Cape Town, City of Johannesburg and eThekwini municipality – appeared before a joint parliamentary meeting on co-operative governance and traditional affairs featuring MPs from both Houses of Parliament, the NCOP and the National Assembly on municipal preparedness for the Covid-19 pandemic.

In a marathon session, most MPs wanted to know the basics – how is a potential loss of income from the hard lockdown going to affect the municipalities’ finances and what impact will this have on service delivery, especially to those most vulnerable to Covid-19?

Making introductory remarks, committee chairperson Faith Muthambi said the Covid-19 pandemic is not just a health crisis, but an economic one as well, and that the meeting was for MPs to understand the preparedness of each municipality and what happens when we reach the peak of infections. Current projections for this peak are August or September, said the chair of the Ministerial Advisory Committee

eThekwini mayor Mxolisi Kaunda started off by saying that by 10 May, there had been 841 confirmed cases of Covid-19, with 660 active cases and 19 deaths. The cases in the municipality are the highest in the province of KwaZulu-Natal.

“Due to urbanisation coupled high levels of poverty, eThekwini is particularly vulnerable to the pandemic,” said the mayor.

When asked by MPs whether any councillors had been implicated in any food parcels handed over via political lines, Kaunda was adamant that this was not the case.

“We are not distributing food parcels only to the ANC wards, we are distributing to all wards,” said Kaunda, who added that each of the 110 wards in the municipality had received 1,000 food parcels.

The mayor said costs were increasing in the municipality. At the end of April, Covid-19 costs ran to R620-million and at this point, the estimated loss of revenue is R1.5-billion. The municipality’s rates collection have decreased from 99% collected in March to 56% collected in April.

By Thursday 14 May, the City had 6,487 cases of Covid-19, the most in the country. From the offset, it was made clear that mayor Dan Plato was not available to brief the committee, as he was attending another meeting. Instead, the Mayco member responsible for health, Zahid Badroodien, and the executive director for corporate services, Craig Kesson, briefed the committee.

“Whose plan is this?” asked MP Bheki Hadebe, referring to the plan presented to the committee.

“Mayco [mayoral committee] is not a council committee – this plan needs to be developed by council, so my question is, whose plan is this?”

The same sentiment was shared by Hlengiwe Mkhaliphi and Khaya Ceza from the EFF. Other MPs wanted to know what kind of support had been provided to informal settlements and poorer communities like Langa and Khayelitsha and if this was the same as support given to communities that were more affluent.

Kesson responded that because the council went into recess before the lockdown, this plan was not put through to a vote in a council sitting. A virtual city council meeting is scheduled to take place on 27 May.

On aspects of safety, the City had implemented screening and testing at MyCiti and Golden Arrow Bus service depots for staff, along with putting up lines for social distance adhering at 42 public transport interchanges across the city. Previously, the City has asked disaster risk management volunteers to help assist with social distancing at shopping malls.

“Initially, the hotspots would have been on the Sandton side, the Morningside, the suburbia… now Alex [ Alexandria township] is becoming a hotspot, it’s becoming a problem,” City of Johannesburg Mayor Geoff Makhubo told the committee meeting. Other identified hotspots include Rosebank and Emmarentia.

Makhubo reiterated that councillors should not be involved in the distribution of food parcels; non-governmental organisations and Social Development would be responsible for this. “No one is allowed to politicise this,” said Makhubo, adding that notification barring councillors’ involvement had already been sent out.

DA MP Cilliers Brink questioned where the projections of loss of revenue were, and questioned why the municipalities were not clear on this during all three presentations.

After the marathon five-hour session, Muthambi told MPs that “we have exceeded our meeting time by almost two hours, it should have ended at 3pm”.

Muthambi said the committee would engage with the municipalities on a continuous basis. Most likely, the first will be the City of Cape Town. The metro is expected to brief the committee on its final Covid-19 plan after it is adopted and pushed through by a full city council and on issues related to the Strandfontein relocation camp.

The next council sitting is due to take place at the end of May, the City said in a previous statement. DM