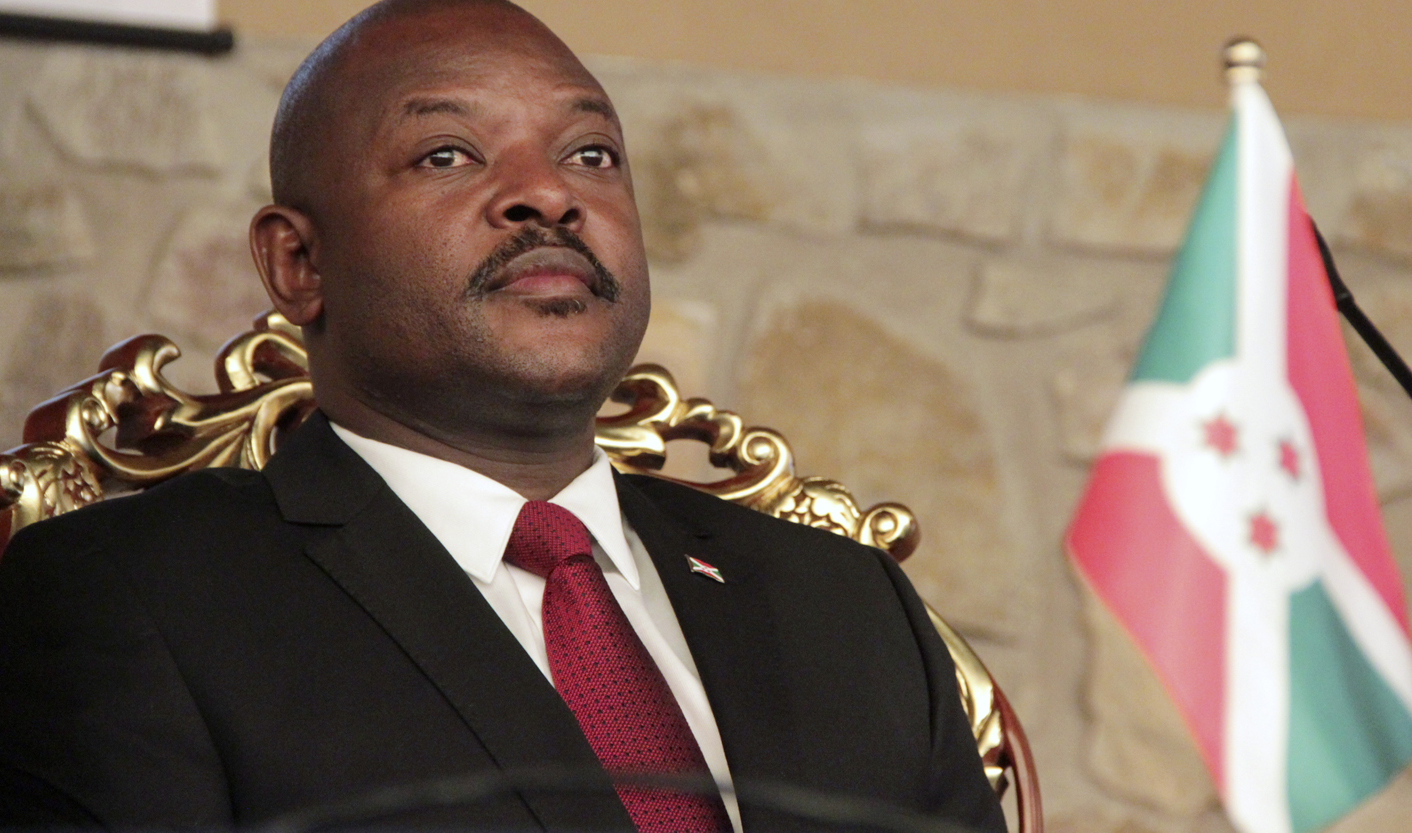 Africa’s top official leading the continental fight against the Covid-19 pandemic has rebuked the Burundi government for kicking out the World Health Organisation’s top official in the country after the WHO raised concerns about the danger of crowded election rallies spreading the deadly virus.

Burundi is pressing ahead with its election on 20 May despite the pandemic and the WHO Africa department head recently expressed concerns about people crowding together during a recent election rally for the governing party of President Pierre Nkurunziza.

Burundi’s foreign ministry then wrote to the WHO saying its representative to Burundi, Walter Kazadi Mulombo, had been declared “persona non grata” and must leave by Friday, along with three WHO experts, according to AP. The agency said it had seen the letter — which gave no reasons for the expulsion.

Dr John Nkengasong, director of the Africa Centre for Disease Control and Prevention, said Burundi’s action was “unfortunate”, coming at a time when the maximum co-ordination and co-operation were needed to fight the pandemic.

“We don’t have the luxury of kicking out the WHO which has been a strong partner,” Nkengasong said in a virtual press conference from Addis Ababa on Thursday. “This war has to be won in a co-ordinated fashion,” he added, saying that co-ordination and co-operation had to include the heads of all states, as well as health experts and communities. If Burundi had had any problems with the WHO it should have resolved them by dialogue.

Burundi has 27 confirmed cases of the coronavirus with one death, but there are suspicions that it is under-reporting the disease.

Though Burundi is going ahead with the election it is nonetheless using virus restrictions to limit election observers, telling the East African regional bloc that any arriving foreigners would face a 14-day quarantine, AP reports.

Commenting on the wisdom of holding elections in the middle of the pandemic, Nkengasong warned that if strict precautions were not in place to maintain social distancing, for instance by allowing citizens to participate from home, it could lead to an eruption of infections which would be difficult to contain later.

And that would affect other countries, he added. “No country is an island and this virus does not carry a passport,” he said.

Nkengasong also had words for the Tanzanian government which has been accused by its political opponents and civil society of denying the danger of the coronavirus and relying on prayer and untested traditional medicine to fight it, rather than social distancing and science.

President John Magufuli recently stopped the country’s national medical laboratory from publishing figures of Covid-19 infections and deaths, because he said the figures were wrong.

“We strongly call on Tanzania and encourage it to share data about Covid-19 in a timely fashion so that we can understand what is happening in the country and provide technical assistance,” Nkengasong said.

“This is a pandemic affecting the whole world so it’s in Tanzania’s interest to submit data in a timely fashion so we know where the gaps are so we can help,” he said.

Nkengasong also said the Africa CDC was in active discussion with the Madagascar government over the Covid-Organics herbal remedy which President Andry Rajoelina has been aggressively touting as a cure for Covid-19.

He said the centre had just received a response to its earlier letter to Madagascar asking for scientific proof of the safety and efficacy of the tonic.

The letter said Madagascar was ready to work with the centre to better understand Covid-Organics. Nkengasong said he had no doubt the competent scientists of Madagascar would share all their findings. If the substance proved safe and effective, it could be shared with other countries.

He told the press conference that Covid-19 was “flaring up aggressively” across Africa, with 72,333 cases and 2,475 death as at 9am East African Time on Thursday. This represented an increase of 20,494 cases since the week before.

South Africa still has the highest number of cases of infection — 12,739 — according to the South Africa health ministry. Egypt has the second-highest, with 10,400, Morocco third with 6,600, Algeria fourth with 6,300 and Ghana fifth with 5,400, Nkengasong said.

He acknowledged that Africa still had a shortage of test kits for the coronavirus though it had significantly increased testing over the past few weeks. DM